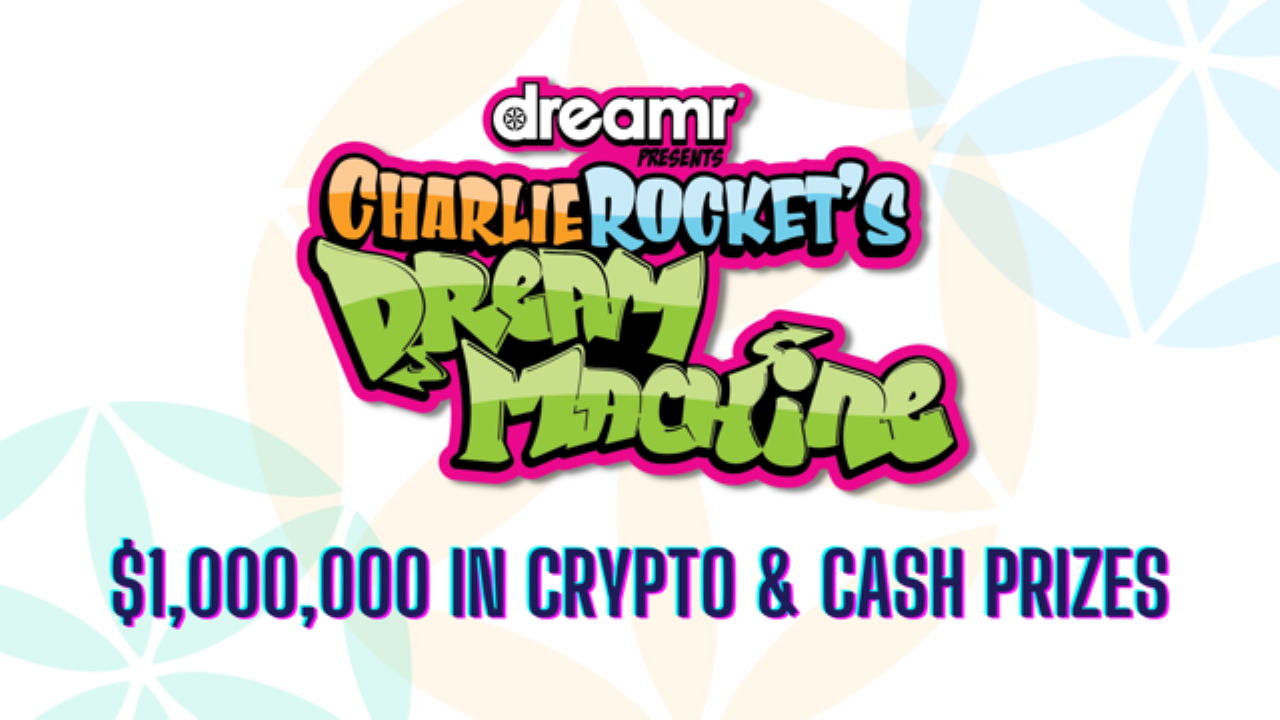 Click to tweet: Hit the road with Charlie Rocket and @dreamr_app as they travel the country building dreams and giving away $1 million in DMR tokens! Download the Dreamr app at https://www.dreamr.app/ and declare your dream. No dream is too small.

LAS VEGAS (SEPTEMBER 11, 2021) – Dreamr, the community-driven app platform and ecosystem created for users to declare their dreams that recently went viral (as seen with Oprah, TMZ, Entertainment Tonight, and more), and Dreamr social media sensation Charlie “Rocket” Jabaley announce the return of its nationwide Dream Machine Tour – a 45-day traveling tour that will make stops in multiple cities, kicking off locally in Las Vegas at Life is Beautiful Festival this weekend.

Launching Friday, September 17th, Charlie Rocket and the “Dream Machine” tour bus will make magic happen and dreams come true once again, traveling across the country from Las Vegas to Miami to help people actualize their dreams. To celebrate the announcement of the tour, Dreamr will give out $1 million worth of DMR Platform Tokens to app users and people they meet along the way – furthering its mission to make the pursuit of dreams practical. Cities and stops along the tour will be selected based on a combination of real-world collisions and inspiring stories shared on the Dreamr app. With help from those in positions to give, from friends and neighbors to celebrities who have previously caught wind of Charlie’s social media shares which include the likes of Will Smith, Steve Harvey, and Mike Tyson – this tour is sure to be one that changes many Dreamr app users’ fates, with $22,222 a day given out to those bold enough to state their dreams across 45 days.

The Dream Machine Tour will visit Downtown Las Vegas on Saturday, September 18th during the Life Is Beautiful Festival where its next dream will come to fruition. A 21-year-old musically talented young man who has recently fallen on hard times and became homeless reached out to Charlie Rocket, who is set to surprise him with a once-in-a-lifetime opportunity to collaborate on a song with Grammy-nominated Aloe Blacc, which he will perform on the Rising Star Stage at Downtown Container Park at 9 pm during the Life is Beautiful Music Festival to help him launch his career.

The Dreamr team has helped over 900 people build a foundation to live their dreams via social media sensation Charlie Rocket’s Dream Machine Tour. Recent notable dreams include dreamrs like Richard Hutchins, an artist who after several setbacks found himself homeless, and a young man with Cerebral Palsy named Matthew Fernandez. With the help of Dreamr, Richard’s paintings and sketches were featured at a successful gala and the richardhutchinstudio.com was created, selling over $100,000 worth of prints in 5 days while Matthew was able to launch a clothing line, Violets Are Kinda Purple, which garnered over $250,000 in sales within hours counting a variety of A-list celebrities as patrons.

Download the Dreamr App and start Declaring Your Dreams today!

Dreamr® is an ecosystem of social networking and financial tools designed specifically to make practical the pursuit of our biggest dreams. The dreamr platform is a positive and powerful space for users to declare their dream and build a supportive community of new, like-minded connections. With web3 integration, the community-based network is thoughtfully designed into an easy-to-use mobile app experience. Founded in July 2015 and operated in stealth until 2019, the dreamr app officially launched on iOS & Android in September 2020. Its team of technologists, entrepreneurs, and creatives have come together around a mission to make the pursuit of our biggest dreams and aspirations more practical for everyone – already raising nearly $2 million to build upon the vision of a digital ecosystem comprised of mobile networking & decentralized financial tools.

As a brand, Dreamr is known for infusing a community-first, philanthropic spirit into everything it does. The Dreamr team achieves this by gamifying the process of social networking through its primary networking feature, Dream Connect. With the removal of vanity metrics, the thoughtful approach focuses on allowing anyone’s dream the ability to gain traction across the network. Financial tools in development to help users monetize their dream-network include the new DMR token, Dreamr Crowdfunding, P2P Service Marketplace, and P2P payments.