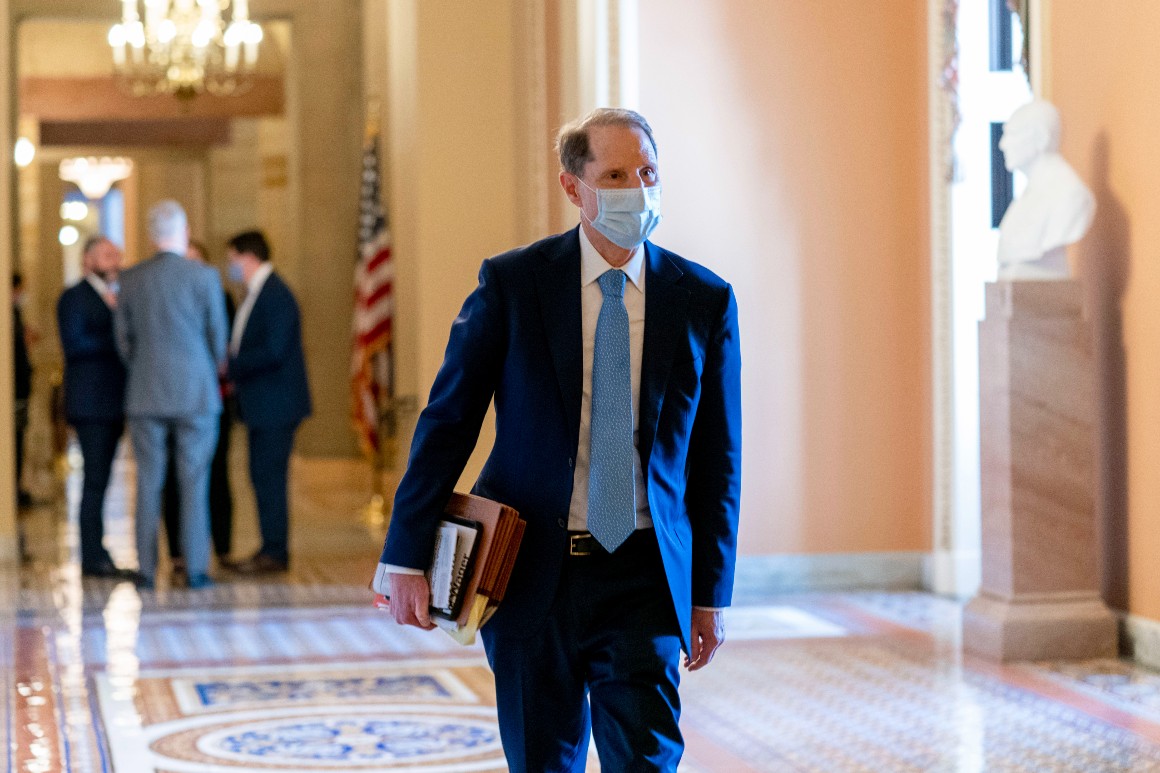 Finance Chair Ron Wyden (D-Ore.) is also suggesting the creation of a new levy on billionaires, raising the estate tax and cracking down on tax breaks for so-called conservation easements. Altogether, his panel is considering more than a dozen and a half possible tax increases.

The list amounts to a menu of options from which his fellow Democrats could choose rather than a road map of where they are headed. Senate Democrats are still in the early stages of deciding how to raise taxes and haven’t even settled on how much revenue they need.

Democrats are at odds over how big their spending plan should be and how much of it needs to be paid for. What’s more, the entire roster of tax increases under consideration would probably raise more money than they need, especially after Sen. Joe Manchin (D-W.Va.) underscored on Thursday that he will not support spending anywhere near the $3.5 trillion that the Democrats’ budget allows.

The House Ways and Means Committee is developing its own slate of tax hikes, which Chair Richard Neal (D-Mass) has kept under wraps.

Many of the proposals Wyden is considering are not surprising: raising the corporate rate; increasing the top marginal income tax rate back up to 39.6 percent, where it was before Republicans cut it; lifting the tax on capital gains to match the top income tax rate on high earners.

Some would expand on tax increases Democrats quietly approved earlier this year as part of their coronavirus stimulus package, such as a proposal to extend a temporary rule making it harder for people who own unincorporated businesses to use losses to offset other types of income, thereby reducing their tax bills. Another would expand restrictions on business deductions for employees making more than $1 million.

Others are new, including a proposal to impose an excise tax on corporations when CEO pay outstrips their average workers’ pay by an unspecified ratio and another proposal to impose a 20-cent tax on the sale of “virgin” plastic used to make single-use plastics.

Wyden, who has been meeting weekly with Finance Committee Democrats, also wants his colleagues to consider imposing an excise tax on corporations that buy back large amounts of their stock and requiring billionaires to pay taxes on unrealized stock gains.

He is proposing taxes aimed at fighting climate change, such as a levy on the carbon dioxide content of fossil fuels, and requiring people to withdraw money from retirement accounts when their balances exceed certain thresholds.