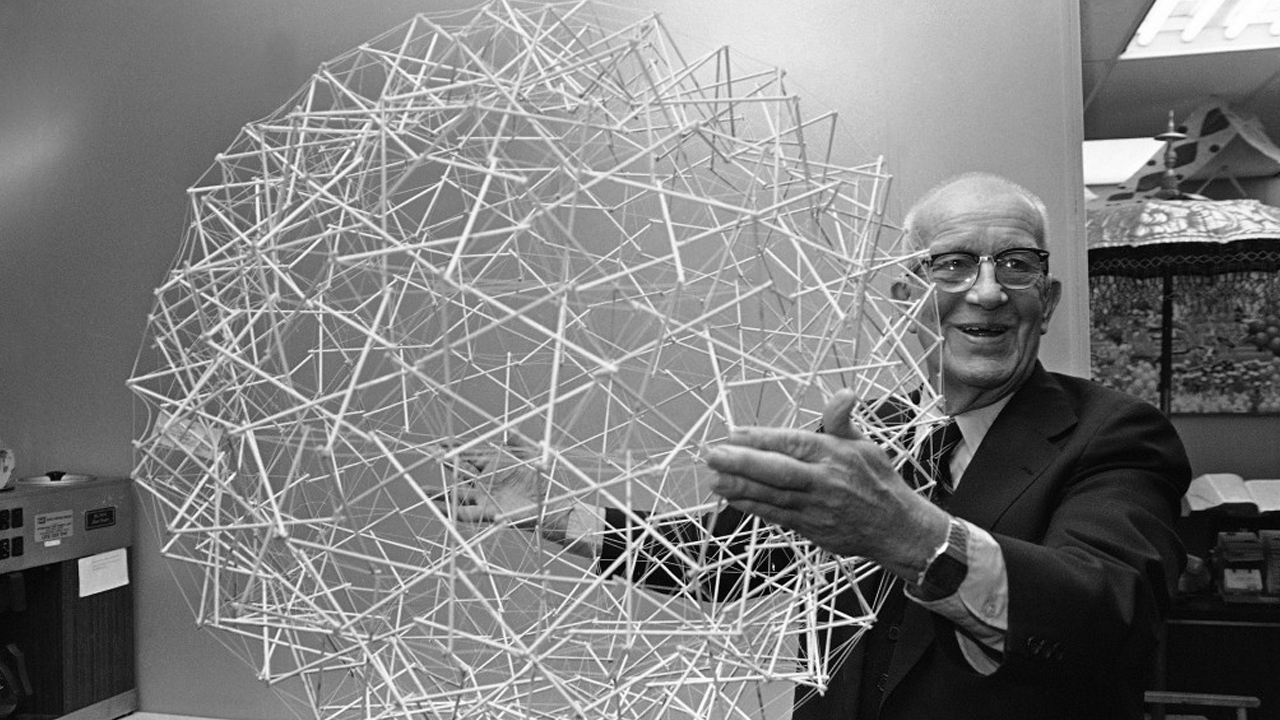 In a recent editorial, Bitcoin.com News discussed how the famed industrialist Henry Ford, founder of the Ford Motor Company, envisaged an idea that’s similar to Bitcoin roughly 100 years ago. It was further said that before cypherpunks like Timothy May and Eric Hughes wrote about digital cash, Friedrich Hayek and Milton Friedman also predicted a technology that would operate similarly to Satoshi’s Bitcoin project. Buckminster Fuller was another intelligent individual who predicted the invention of cryptocurrencies and new wealth.

Fuller was not a fan of the financial system years before his passing on July 1, 1983. People referred to Fuller as the “grandfather of the future,” and the systems theorist often said: “God wanted all humans to be rich.” In a video interview with Fuller in 1967, the inventor talks about a new currency that will spark a new movement of wealth by 2018.

“I’ll have to talk about something which will be one of the very big, new realizations by 2000 AD,” Fuller said in the interview. “A realistic — scientific accounting system — of what is wealth … wealth isn’t the gold that the old pirates used to have — wealth is energy,” he added.

It was 1967 Buckminster Fuller predicted Bitcoin and new wealth.

“I’ll talk about something that would be one of the realizations by 2018 a realistic—scientific accounting system—of what is wealth. Wealth isn’t the gold of pirates—wealth is energy”

Robert Kiyosaki, the best-selling author of “Rich Dad Poor Dad,” wrote about Fuller predicting the coming of bitcoin back in 1967 as well. Kiyosaki and a friend went to see Fuller speak at the Montreal, Canada Expo Center to see Fuller’s geodesic dome. In 1981, Kiyosaki was invited to “spend a week studying with Dr. Fuller at a lodge outside of Lake Tahoe.” The best-selling author stressed:

I believe that what Fuller predicted was the blockchain technology upon which cryptocurrencies are built.

Kiyosaki details and quotes Fuller on several occasions throughout his memoirs remembering the famed inventor. The “Rich Dad Poor Dad” author explained that decades before Satoshi Nakamoto dropped Bitcoin on the world, Fuller envisioned a “complete reengineering of the global economy facilitated by a synchronized accounting system integrated with a global energy network.” Kiyosaki emphasized that Fuller’s forecast said that the U.S. dollar would be “replaced with a new money—a money made of energy by energy.”

Published in 1981, alongside Fuller’s “Operating Manual for Spaceship Earth,” the book “Critical Path” is considered one of Fuller’s best-known works. In the book, Fuller says: “Computers make it practical to electronify wealth distribution games that accomplish the movement of goods in services in more channeled, designed structures. Not big brother though, since no central planning authority—just lots of dial-in ‘games’ with costs and rewards, likely to attract those with a self-interest in playing.”

Author Garrison Breckenridge also highlights in his editorial called “What Blockchain Can Learn from One Man’s Attempt to Save the World” how Fuller envisioned Satoshi’s technological breakthrough. It’s well known that Fuller was a man who thought outside the box when it comes to changes and technological inventions. The systems theorist and author knew quite well that the old systems of finance and governance were antiquated and could not be fixed by fighting the status quo’s current infrastructure. Fuller is famously quoted for saying:

You never change things by fighting the existing reality. To change something, build a new model that makes the existing model obsolete.