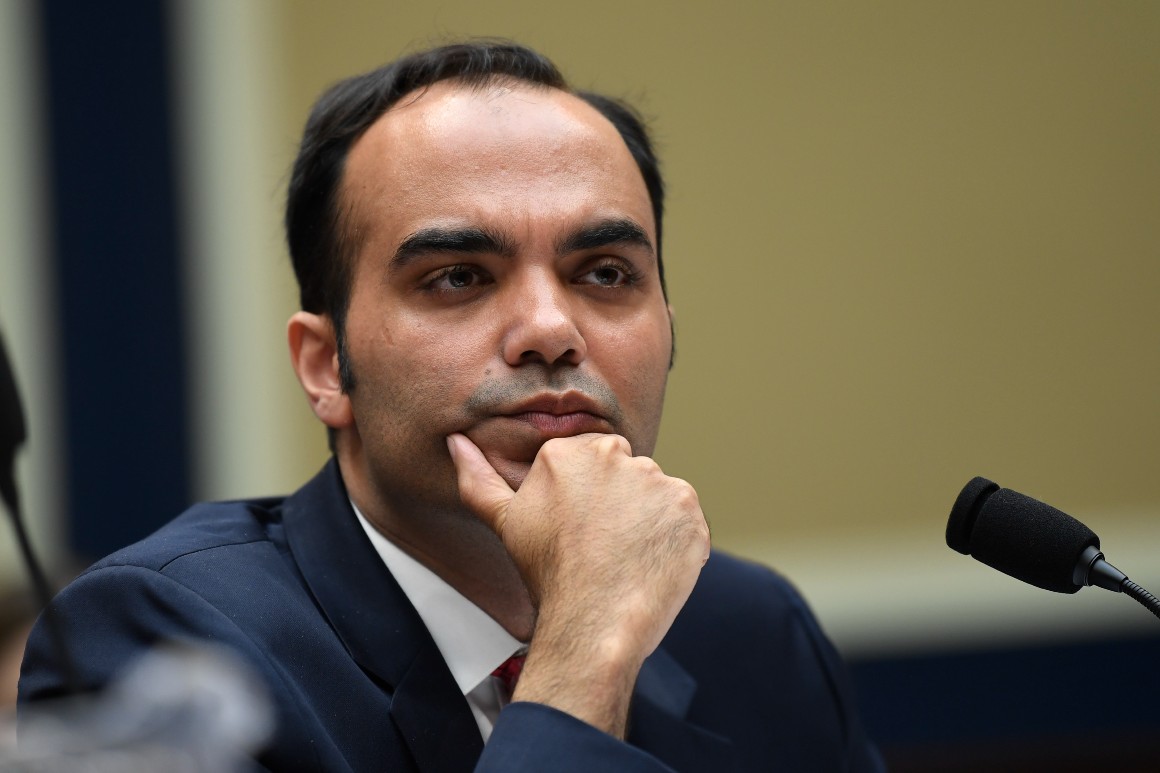 The Consumer Financial Protection Bureau on Thursday ordered Apple, Facebook and other tech giants to turn over details on how they handle customer payments data, opening a new front in Washington’s crackdown on Silicon Valley.

The CFPB also demanded information from Amazon, Google, PayPal and Square as part of the investigation, in the first big move by agency director Rohit Chopra since he took the helm of the bureau earlier this month. The companies at issue operate digital payments systems.

The move sent a clear signal to Wall Street and the tech industry that Chopra — a close ally of Sen. Elizabeth Warren (D-Mass.) — plans to return the bureau to the aggressive posture of its early days, after it was criticized during the Trump years for easing oversight of financial firms. The CFPB is the brainchild of Warren.

The CFPB said the information it requested will help regulators understand how the firms use personal payments data and manage data access to users, as the agency considers whether adequate consumer protections are in place. The bureau said it also plans to study the payment system practices of Chinese tech firms, including Alipay and WeChat Pay.

“Big Tech companies are eagerly expanding their empires to gain greater control and insight into our spending habits,” Chopra said in a statement.

Chopra is just one of the Biden appointees taking on tech giants. Federal Trade Commission Chair Lina Khan, a vocal critic of the companies, is also ramping up oversight. Chopra was a FTC commissioner before becoming CFPB director.

The CFPB said it is looking at data harvesting and monetization practices by the firms. It is digging into the extent to which the companies share payment data across product lines with data brokers and other third parties.

The agency also plans to address concerns that the companies’ growing payment systems might be engaging in anticompetitive behavior and limiting consumer choice by excluding certain businesses from their networks.

“From what we know about Big Tech firms — their untrustworthiness, their maniacal interest in surveillance at the expense of consumer privacy, their commitment to cross-fertilization among products and revenue chains — there’s every reason to worry that widespread, serious abuses will accompany their expanding involvement in the financial sector,” said Robert Weissman, president of the consumer watchdog group Public Citizen.

Chopra pledged to take on tech companies during his confirmation hearing in March.

“Big data, particularly [collected] by large platforms who have detailed behavioral data on all of us, is something we must carefully look at,” Chopra said, “because it will change financial services fundamentally, and we need to make sure that we have a vibrant and competitive market, and not one that is simply dominated by a few.”

The CFPB’s investigation is building on scrutiny that the FTC has applied to the industry for years.

The FTC has dinged Google and Facebook multiple times for failing to safeguard consumer data. Google has been under FTC supervision since 2011 when it violated privacy promises to consumers related to its now-defunct social network, Google Buzz.

The search giant later paid a $22.5 million fine for misrepresenting to consumers using Apple’s Safari browser the extent of its tracking. It was also hit with a record $170 million penalty in 2019 for violating children’s privacy laws by collecting information about kids watching YouTube videos.

Facebook has repeatedly crossed the FTC, first in 2012 with charges that it was misleading users about what data was shared with third-party app developers and then again in 2019 over the Cambridge Analytica data breach. The social network paid a $5 billion fine over the Cambridge Analytica scandal, and agreed to make changes to its corporate structure to better address privacy issues in its products.

The FTC also charged PayPal in 2018 with misleading customers of Venmo, its mobile payments service. The company wasn’t required to pay a fine, but it must provide annual assessment on privacy to the FTC through 2028.

The orders issued Thursday — a generic example of which the agency posted to its website — won praise from not only consumer advocates aligned with Chopra but also banking lobbyists who are typically at odds with the bureau. Banks are waging a lobbying campaign in Washington to fend off the tech industry’s encroachment into finance.

Consumer Bankers Association President and CEO Richard Hunt said his group was “ready and willing to assist the CFPB and other prudential regulators in this effort.”

“Since the Bureau was founded, a growing share of banking activity has occurred outside of the purview of leading regulators, putting consumers and the resiliency of the financial system at risk,” Hunt said. “CBA long has advocated for instituting a level playing field to ensure every American family receives the protections they deserve, regardless of where they go to meet their financial needs.”

The Electronic Transactions Association, which represents both traditional banks and five of the technology firms targeted Thursday, said it would work with the CFPB as it reviewed industry practices.