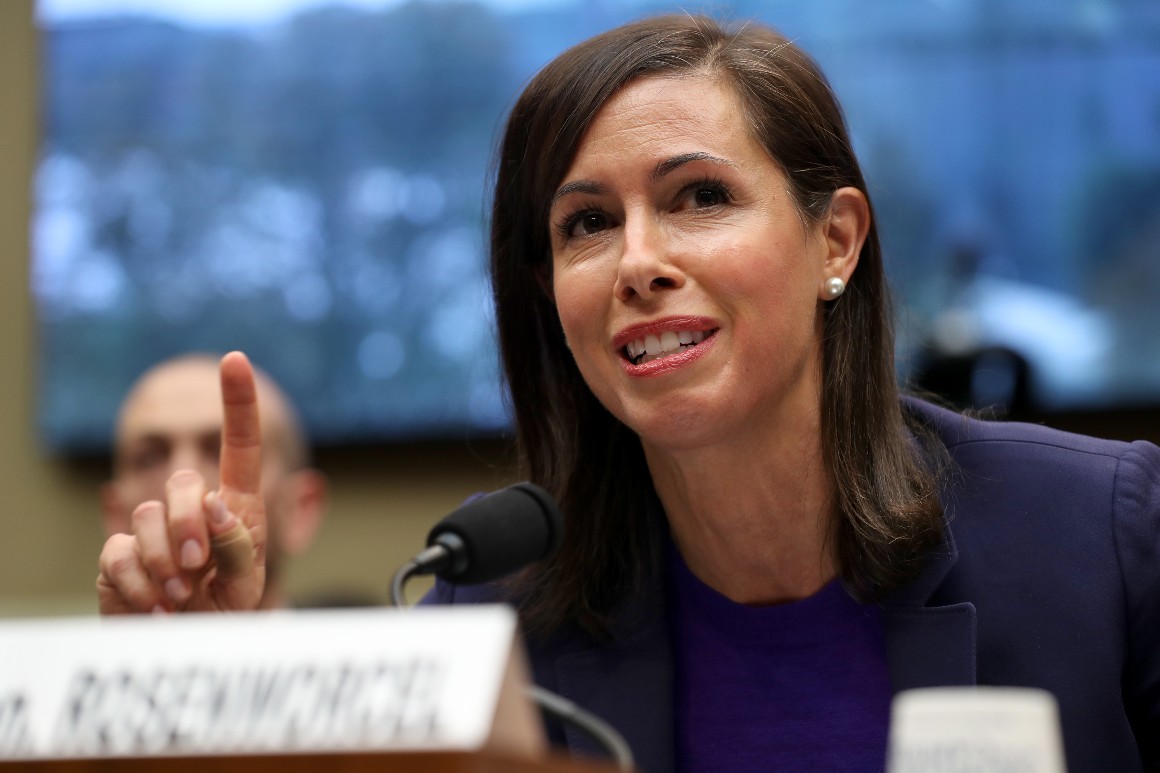 Biden is also expected to nominate progressive net neutrality advocate Gigi Sohn, a former FCC official, to the open Democratic seat on the commission, according to the people, who spoke on condition of anonymity because the decision is not yet public. The people said the White House has begun telling lawmakers about the imminent announcements.

The moves, which could be announced as soon as Tuesday, would give Democrats a majority on the five-person panel for the first time during Biden’s presidency, ending a 2-2 partisan stalemate that has stymied much of the progressive agenda for the FCC. That includes a restoration of the agency’s Obama-era net neutrality rules, which prohibited internet providers from blocking and throttling consumers’ internet traffic.

But the decisions come relatively late in Biden’s term: Of his predecessors, only Jimmy Carter and Richard Nixon waited as late as September of their first year to tap their FCC chair. And unless the Senate confirms Rosenworcel and Sohn by the end of December, Republicans are poised to gain a 2-1 majority on the commission come January.

Biden is also expected to nominate longtime tech lawyer Alan Davidson to head the Commerce Department’s National Telecommunications and Information Administration, a key post for setting the executive branch’s policies on issues like wireless spectrum use and 5G, the people said.

Key context: The White House’s expected endorsement of Rosenworcel is likely to give more momentum to her efforts to close the digital “homework gap” and expand broadband using new subsidy programs created during the pandemic.

A nod to progressives: Biden’s choice of Sohn for the open Democratic seat would be the latest prominent gesture toward progressives. He had previously placed antitrust advocate Lina Khan in charge of the Federal Trade Commission and hired fellow anti-monopolist Tim Wu for a top economic advising role in the White House.

Sohn staked out a robust defense of net neutrality during the Obama years and was a top adviser to former FCC Chair Tom Wheeler. She previously co-founded and led the left-leaning Washington advocacy group Public Knowledge.

Rosenworcel and Sohn have previously been at odds in some key fights, despite having many policy views in common. One of Sohn’s Obama-era causes was a controversial attempt to open the cable set-top box marketplace to more competition. Rosenworcel, who opposed that plan, used her tie-breaking vote on the commission to spike the effort.

Rosenworcel’s recent supporters include education and public safety groups as well as union workers, along with lawmakers including Sens. Richard Blumenthal (D-Conn.) and Ben Ray Luján (D-N.M.) and Reps. Grace Meng (D-N.Y.) and Anna Eshoo (D-Calif.). In September, 25 members of the Senate Democratic caucus told Biden that he should pick Rosenworcel to avoid risking the success of his broadband expansion ambitions.

Now the clock starts: Confirming these nominees would mean a mad dash for Senate Democratic leadership over the next two months.

Although Rosenworcel can immediately assume the permanent chair role, her term on the FCC lapsed in 2020, which means she must leave at the end of this year unless the Senate confirms her to a new five-year term.

Republicans would probably use the confirmation process to discourage any revival of net neutrality. They argue that that the GOP repeal of the policy in 2017 has not led to any of the horror stories that net neutrality advocates warned about, such as ISPs manipulating or blocking their customers’ internet traffic.

And the telecom lead at the Commerce Department: For the NTIA role, the people familiar with the decisions said, Biden picked Davidson — a veteran tech lawyer who has worked since 2018 at Mozilla, the company that launched the Firefox browser. There, Davidson helped handle the company’s data privacy and open internet portfolio.

He also spent years at other top tech posts — including at Google, whose former CEO Eric Schmidt is a strong Biden supporter and is active on a bevy of tech issues from 5G to artificial intelligence. He was Google’s first emissary to Washington, opening its D.C. office in 2005 and holding the title of director of public policy for a half-dozen years, which included lobbying for the search giant.

NTIA is likely to play a central role in shaping Biden’s agenda around broadband connectivity and 5G wireless technology, including on questions of security involving the Chinese telecom giant Huawei, as well as tech issues like data privacy. Under the bipartisan infrastructure plan that passed the Senate in August, the Commerce Department would also be in charge of giving out $42 billion in grants to states to support the build-out of broadband infrastructure.