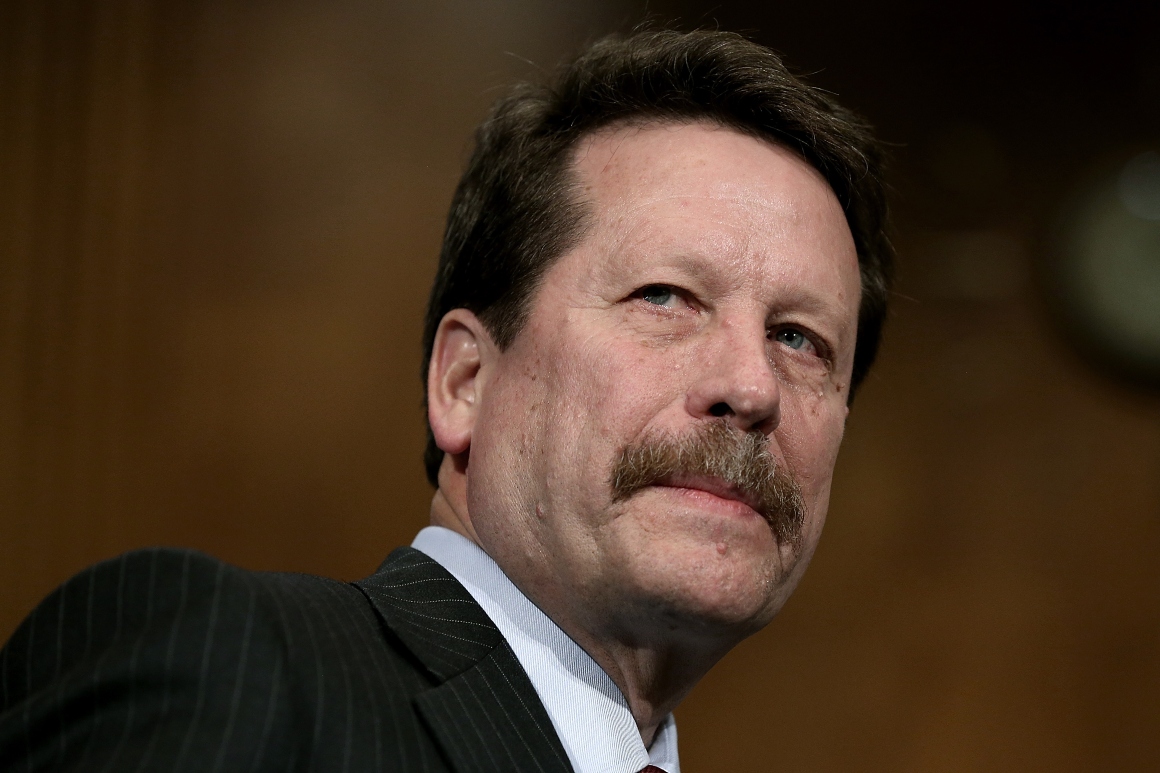 President Joe Biden is likely to nominate former Food and Drug Administration Commissioner Robert Califf to return to the top role at the sweeping regulatory agency, according to four people with knowledge of the situation.

If confirmed by the Senate, Califf would take over an agency poised to make key decisions on coronavirus vaccines and treatments while facing criticism of recent controversial drug approvals and widespread burnout due to the ongoing pandemic. Califf previously served as commissioner for nearly a year in Obama’s second administration after an overwhelming vote in his favor.

The White House has not finalized its decision, and the people with knowledge cautioned the situation could still change. But nine months into its search for a permanent FDA chief, Califf is now viewed as the leading candidate for the job.

Despite the agency’s prominent role in the nation’s coronavirus response, it has been without a permanent leader since Biden took office in January. Califf would replace acting Commissioner Janet Woodcock, the agency’s longtime drug chief, who has helmed the agency for nine months.

Califf returned to cardiology after his tenure at FDA and currently works for the Duke Clinical Research Institute, but also took a position leading health policy at Google’s parent company Alphabet in 2019.

While he garnered support from many senators in his 2016 confirmation process, Sen. Bernie Sanders (I-Vt.) voiced concerns about his industry ties and said he could oppose the vote. Califf at the time had written papers with pharmaceutical industry executives and consulted for drug and device makers.

The next FDA commissioner will be charged with shepherding the country to an eventual end to the Covid-19 pandemic, overseeing the scientists vetting vaccines, therapeutics and tests. Califf also will have to contend with a workforce burned out from the sheer workload and, before that, from attempts by some Trump administration officials to short-circuit the agency’s regulatory process for authorizing those interventions.

This fall and winter the agency is poised to make major decisions on Covid-19 vaccines for children and booster shots for adults, along with treatments for the disease — such as Merck’s antiviral drug molnupiravir.

The FDA also is navigating sweeping new e-cigarette policies, building a framework for regulating cannabidiol and vastly broadening its oversight of over-the-counter products.

“It will be valuable to have a permanent commissioner, because the agency faces many changes, which Covid-19 has exacerbated,” said Carl Tobias, a former FDA consultant and current Williams Chair at Richmond University Law. “Woodcock was an effective acting commissioner. But Biden and the agency need a permanent leader.”

Woodcock, who joined the FDA in 1986, was rumored to be in contention for the permanent commissioner job. But although she counts many supporters in the Senate, a handful of Democrats including Sen. Joe Manchin (D-W.Va.) opposed her nomination because of her role in the agency’s handling of the opioid crisis.

Lauren Gardner contributed to this report.