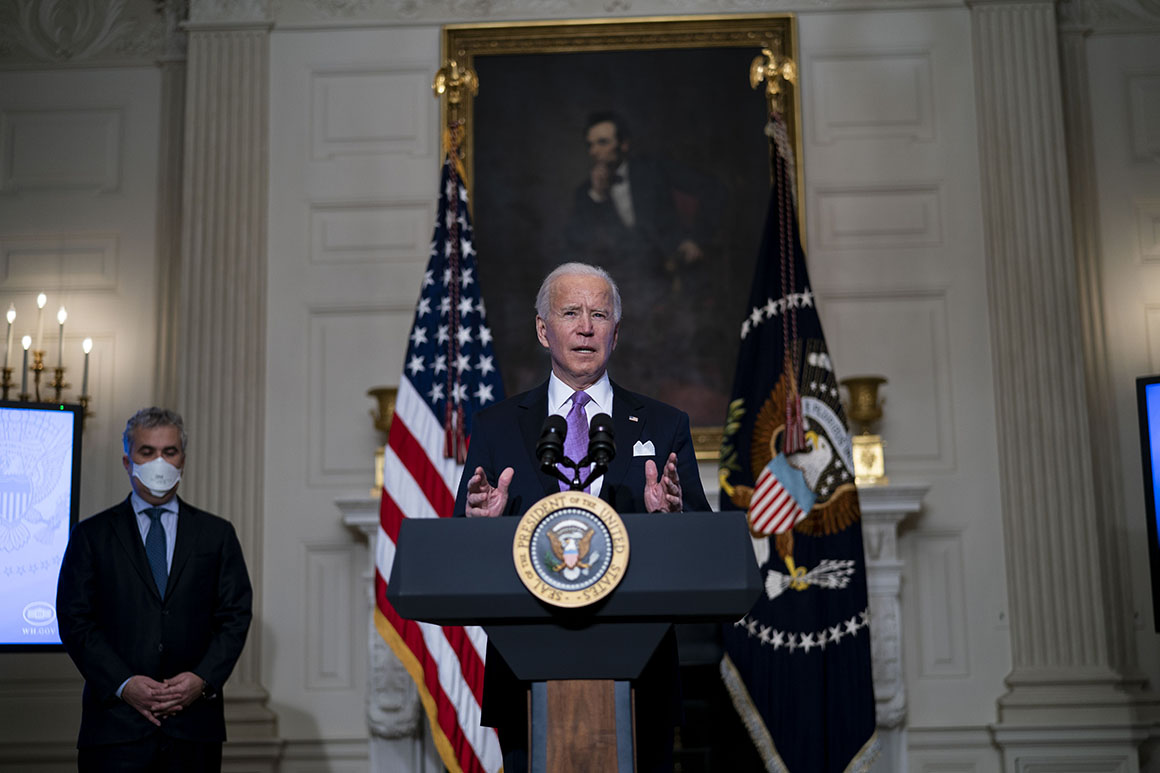 The White House announced last week that it would spend $1 billion to increase access to the home tests, with the ultimate goal of making 200 million available each month by the end of the year. That will include production of a test from ACON Laboratories that the Food and Drug Administration authorized this month.

But testing industry executives and public health experts, including former federal officials, say that the government will need to do even more on the testing front to subdue the Delta variant. Demand for at-home tests is expected to soar this fall and winter as the Biden administration finalizes regulations that would require companies with more than 100 workers to ensure any unvaccinated employees undergo testing at least weekly. Increased travel for the holidays, more school screening and the expected return of the flu are also set to pump up demand for at-home tests.

If supplies fall short, commercial labs may have to plug some of the gap, along with health professionals who can administer other types of tests, like point-of-care antigen tests that have quick turnarounds.

“It has become crystal clear at the highest echelons that higher levels of testing are required to bridge the remaining gap in our public-health efforts,” Mara Aspinall, an adviser to the Rockefeller Foundation and member of OraSure Technologies’ board of directors, wrote in a recent newsletter.

The administration’s recent testing efforts include new contracts with OraSure and other manufacturers, including Quidel, Abbott and Intrivo to boost the supply of at-home tests. But those expansion efforts will take months to fully materialize, industry and public health experts said.

Several of those experts question why President Joe Biden — who campaigned on expanding access to Covid-19 testing — did not make larger investments sooner to help the country’s testing system grow more quickly.

“They really believed that they were going to declare victory over Covid and move on. And so they took their eye off the testing ball for most of this year because they thought that vaccines were going to save the day,” said Jerome Adams, the country’s surgeon general during the Trump administration. “I think that was very much a real issue with our lack of ability to provide testing.”

The U.S. has a monthly test capacity of 479 million when taking into account lab-based PCR tests, pooling strategies, over-the-counter tests, professional point-of-care tests and other options, according to a recent report from Covid-19 Response Advisors and the Health Catalysts Group. The groups estimate the nation’s monthly testing capacity will grow to 601 million in December.

Vaccination rates ticked up over the summer, but only 66 percent of Americans over the age of 12 are fully vaccinated against the virus — and local rates are far lower in broad swaths of the country. That has positioned testing as a tool to help contain the current wave of infection. Although the number of new cases has begun to fall, the U.S. still recorded more than 95,000 a day over the past week, according to CDC data.

The administration in February announced plans to use the Defense Production Act to increase the supply of at-home and point-of-care tests. But five industry sources told POLITICO the administration did not take the steps needed to maintain a high pace of manufacturing in the early summer, when the number of new infections slowed dramatically. That triggered a precipitous drop in demand for testing.

An FDA official told POLITICO the absence of large government purchasing agreements led to a situation over the summer where economic considerations prompted many diagnostic manufacturers to cut production of at-home tests as demand fell. That drop in output coincided with a decision by many cities and states to shut down massive drive-through testing sites or convert them to mass vaccination sites.

White House officials are once again focusing on expanding the number of testing locations. More than 10,000 pharmacies across the U.S. will be offering free testing in the coming weeks — a number the administration hopes will ultimately grow to 20,000 stores.

“I think this is a strong, undeniable message that testing will remain important for the foreseeable future,” OraSure Technologies CEO Stephen Tang said. “I can’t speculate on what they were thinking, when. I just think that it’s good that they have this point of view and it’s coming into play now as we have seen difficulty in back-to-school and back-to-work plans.”

One former senior FDA official speculated the Biden administration’s early focus on bolstering testing access and equity explains why significant investments into at-home tests — which can be prohibitively expensive for some consumers — did not materialize until recent weeks.

“There wasn’t a payment mechanism that was easy for the government to reimburse for over-the-counter testing,” the former official said. “If you don’t purchase and distribute them, you run the risk that a bunch of rich people would go to CVS and hoard them.”

“We’ll continue to pull every lever, as we have throughout the pandemic response, on testing to expand manufacturing production of tests in order to make tests even more widely available and drive down the cost per test,” Zients said.

Further strain on the testing system is on the horizon. The Biden administration announced last month the Occupational Safety and Health Administration will issue regulations on businesses with more than 100 employees requiring that workers are either fully vaccinated or tested at least once per week.

“There’s no supply chain for the number of tests this country needs. And I don’t think it’s going to catch up soon, because now you’ve got business saying, ‘How do we go ahead and bring our workforces back when you’re mandating that we test?’” Vault Health CEO Jason Feldman said.

Some industry executives argue it will be necessary to tap unused testing capacity at laboratories across the country to augment the limited supply of over-the-counter rapid tests that can return results within minutes.

“Around the time of the global Covid summit, there was talk that after the antigen testing, the administration was going to get engaged in making sure that lab capacity was being adequately supported and used,” said Mayo Clinic Laboratories President William Morice, who also serves as president of the American Clinical Laboratory Association board of directors. “But we haven’t had any follow up from the administration whatsoever.”

The Alliance of Community Health Plans cautioned the Biden administration in a letter last week that more also needs to be done to clarify who will be responsible for paying for workplace screening programs, especially federally-mandated testing of unvaccinated employees. The payer trade group wants the administration to affirm guidance issued by the Departments of Labor, Health and Human Services and the Treasury in February that insurers are not responsible for reimbursing such testing.

“For those who choose to remain unvaccinated without a religious or otherwise recognized exemption, however, there should be no economic benefit of free testing to avoid getting vaccinated,” ACHP CEO Ceci Connolly wrote to CMS Administrator Chiquita Brooks-LaSure. “To protect the premium dollar of every consumer, it is essential that the Administration reassert that health plans are only responsible for health-related testing.”

Manufacturers say the Biden administration’s investments will help bring certainty to the at-home testing market by ensuring that even if cases fall and public demand falls, the nation will be better prepared if infections surge once again.

“The pandemic has been through an entire cycle of overpredicting, then underpredicting,” OraSure’s Tang said. “The government’s solicitation made demand stronger. That plus supply issues overall in the industry have led us to the situation we’re in right now where there’s pent-up demand. And there will continue to be pent-up demand for the coming months.”