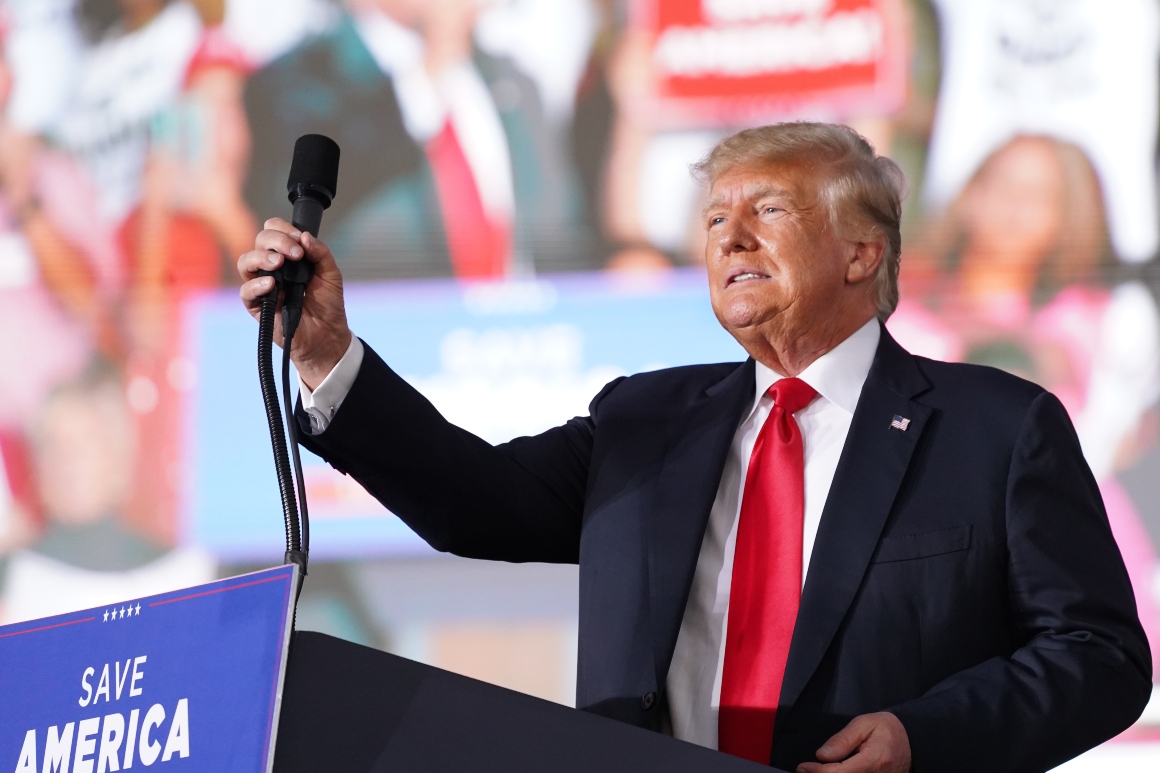 “After my consultations with the Office of Legal Counsel at the Department of Justice, President Biden has determined than an assertion of executive privilege is not in the best interests of the United States, and therefore is not justified as to any of the Documents,” wrote White House Counsel Dana Remus in a letter to Archivist of the United States David Ferriero in a letter obtained by POLITICO.

Remus described the House Jan. 6 investigation as “unique and extraordinary,” justifying the decision to reject Trump’s request. However, Remus alluded to the possibility that future requests would be subjected to executive privilege protections — an outcome the White House cited last month when it said that material sought by Jan. 6 investigators would be vetted on a “case-by-case basis.” 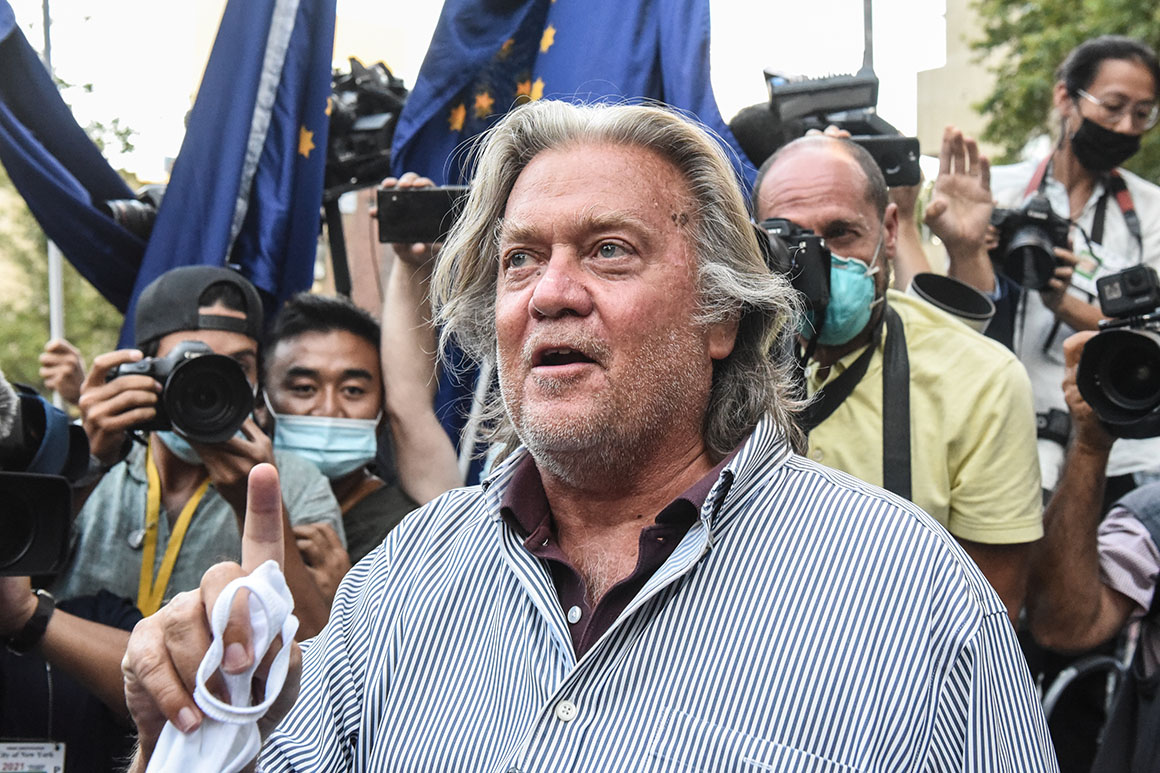 Biden’s decision triggers a window of at least 30 days for Trump to challenge the determination in court before the National Archives releases them to the Jan. 6 panel, experts have told POLITICO. It mirrors a similar decision made by Biden and his DOJ earlier this year to waive privilege and and allow former Trump DOJ officials to testify before congressional committees about the former president’s attempt to overturn the 2020 election.

In a Friday letter addressed to Ferriero obtained by POLITICO, Trump said the records sought by the committee would contain information shielded by “executive and other privileges, including but not limited to the presidential communications, deliberative process, and attorney-client privileges.”

Trump, in a letter to the National Archives Friday indicated that he wished to assert privilege over 45 specific documents identified by the National Archives as responsive to the committee’s request. Those documents, Trump said in the two-page letter, included protected “presidential communications,” as well as deliberative process materials and attorney-client privileged materials.

Trump also indicated he wants to preemptively declare future requests by the panel as presumptively barred from release.

“Should the committee persist in seeking other privileged information, I will take all necessary and appropriate steps to defend the Office of the Presidency,” Trump wrote.

Panel Chair Bennie Thompson (D-Miss.) and Vice Chair Liz Cheney (R-Wyo.) confirmed in a statement that the two Trump associates had been in touch with the panel. Thompson and Cheney also threatened criminal contempt for former Trump campaign chief Steve Bannon, who had informed the committee he wouldn’t cooperate with their inquiry into the Jan. 6 Capitol attack.

“Though the Select Committee welcomes good-faith engagement with witnesses seeking to cooperate with our investigation, we will not allow any witness to defy a lawful subpoena or attempt to run out the clock, and we will swiftly consider advancing a criminal contempt of Congress referral,” Thompson and Cheney said. 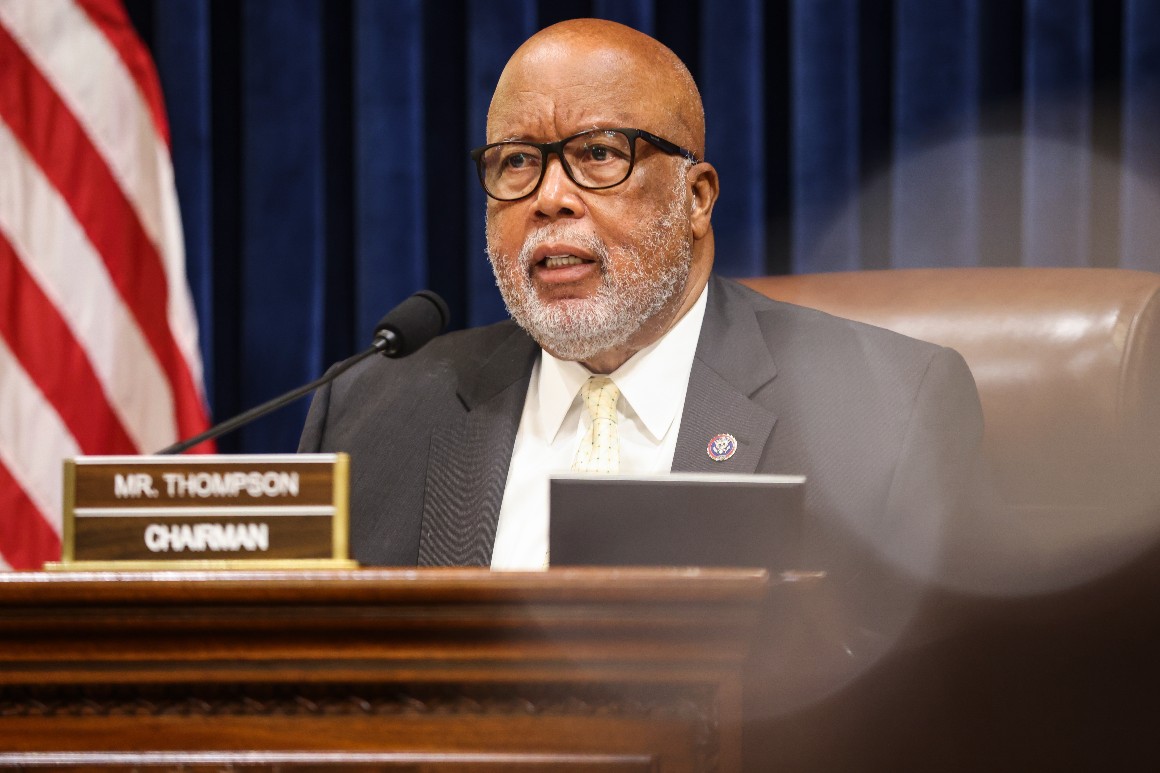 A lawyer for Bannon, Robert Costello, told the committee on Thursday that Bannon would refuse to comply because of Trump’s claim that he can invoke executive privilege to block Bannon’s testimony.

“Until these issues are resolved, we are unable to respond to your request for documents and testimony,” Costello wrote to the Jan. 6 committee. Costello’s letter was first reported by The New York Times; POLITICO reported on Thursday that Trump had instructed Bannon and other former aides subpoenaed by the select panel not to comply with lawmakers’ demands.

It’s a questionable claim from Bannon’s lawyer, because the former Trump aide was years removed from the White House by the time the former president’s attempt to overturn the 2020 election — the subject of the committee’s subpoena — began in earnest. Executive privilege is typically reserved for a president’s closest advisers and not meant to be a broad shield for testimony requests.

Any move by the Jan. 6 committee to hold a witness in criminal contempt would first require the panel to vote on a contempt resolution. That resolution would then move to the House floor for a vote.

The select panel investigating the insurrection by Trump supporters had subpoenaed four onetime aides to the former president: Meadows, longtime Trump adviser Dan Scavino, Patel and Bannon. All were asked to provide documents by Thursday, and the panel is also seeking to depose the four men next week.

A lawyer for Meadows didn’t immediately return a request for comment on the subpoena deadline.

Patel said in a statement Thursday that “I will continue to tell the American people the truth about January 6, and I am putting our country and freedoms first through my Fight with Kash initiative.”

The Jan. 6 committee declined to comment on the status of its subpoena to Scavino, who was not mentioned in Thompson and Cheney’s statement.

If any of the foursome don’t comply, the committee could seek criminal contempt referrals, which would require the House to take a full floor vote when it returns to session later this month. That move, if taken, would send the matter to the Justice Department for review. It’s unclear whether DOJ would act quickly on any prospective referrals, but members of the Jan. 6 panel have expressed hope that the Biden administration would act urgently.

Next week’s deadline for depositions from the subpoenaed former Trump aides would be more significant, according to sources close to the committee, given that the foursome still has time to comply. If they didn’t show up in the coming weeks, the committee could meet to consider a referral, then vote and send it to the full House for consideration.

Thompson has indicated he wants to complete its investigation by the spring. That time frame, if the nine-member bipartisan panel wants to stick to it, does not allow for protracted legal battles over enforcing subpoenas or litigating against recalcitrant witnesses.

Heather Caygle and Natasha Korecki contributed to this report.