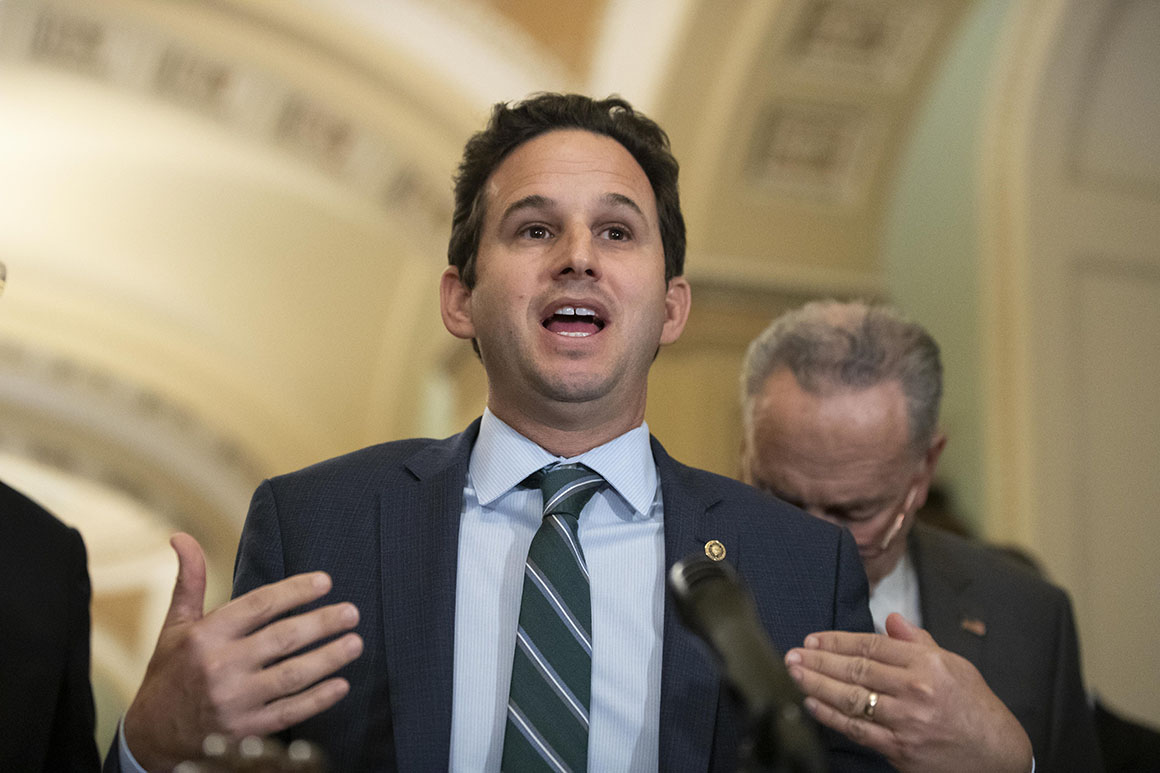 Anxiety is rising among Democrats as President Joe Biden marks nearly nine months in office without naming anyone to serve on the Federal Communications Commission — a lapse that could soon put Republicans in the majority at the agency.

Congressional Democrats have been sounding the alarm for months, fearing a squandered year on the president’s progressive priorities, such as reinstating net neutrality rules and demanding greater transparency on internet billing. By comparison, former President Donald Trump named Ajit Pai as his FCC chair just three days after being sworn in, and the commission’s Republicans were rolling back net neutrality by December 2017.

Biden’s delay is historic: No previous president has waited this long to name a chair of the five-member body. The closest parallels are Jimmy Carter and Richard Nixon, who waited until mid-September to name their agency chiefs. But Biden has blown past that deadline, alarming Capitol Hill Democrats who have few legislative days remaining this year for confirming any nominees the president might offer.

The White House didn’t respond to a request for comment about the delay.

“There’s no good excuse,” Sen. Ben Ray Luján (D-N.M.), who chairs the Senate Commerce Subcommittee on Communications, Media and Broadband, told POLITICO in a recent interview. “I’m absolutely fearful that what the administration is setting up is a 2-1 Republican majority FCC under a Democratic administration. That is unacceptable.”

Senate Commerce Chair Maria Cantwell (D-Wash.) was demanding that the White House “go faster” in May, telling POLITICO, “We need names.” Luján directly raised the issue with Biden and again with Vice President Kamala Harris months ago, assuring reporters that the White House had communicated that the agency is a priority. Sen. Richard Blumenthal (D-Conn.) expressed alarm this summer, telling POLITICO he feels an “urgency” about the leadership gap. During a hearing last week, Rep. Anna Eshoo (D-Calif.) called the White House inaction “troubling.”

The five-member agency is already short one Democrat, leaving the parties in a 2-2 split. Meanwhile, Rosenworcel’s term on the commission lapsed in June 2020, which means she must leave at the end of 2021 unless Biden nominates her and the Senate confirms her to a new five-year term.

If she leaves without a replacement, the acting chair’s role would fall to junior Democratic Commissioner Geoffrey Starks. He would have the power to set the voting agenda at monthly FCC meetings but — like Rosenworcel — would need GOP support to advance anything. The FCC’s two Republicans could outvote him on decisions about how to expand broadband, whether to sign off on telecom mergers and what level of regulatory scrutiny to impose on ISPs, which could limit what he brings to a vote.

The White House’s lack of activity is sending K Street and Capitol Hill into spirals of speculation and rumor-mongering.

Whomever Biden picks will have a perch to shape the president’s policies around broadband and the open internet. Many people with a stake in the outcome also see his choices as a signal of the administration’s commitment to giving a voice to underrepresented populations or constituencies.

The Congressional Hispanic Caucus has called on Biden to name a Latino person, for instance, for an FCC seat. And progressive advocacy groups want Biden to avoid nominees with ties to the telecom industry — pressure that may have excluded some contenders this year. Several House Democrats had endorsed Biden transition team member Edward “Smitty” Smith — a telecom lawyer who worked to get the T-Mobile-Sprint merger approved during the Trump era — for the FCC chair post. But he recently accepted a promotion at his law firm, indicating to many he was out of the mix.

At one point this summer, industry lobbyists and Hill aides were convinced that Rosenworcel, who stood alongside Biden as he signed a major executive order on competition, was a lock for the job. Then came a surge in speculation around progressive public interest veteran Gigi Sohn in July. Attention recently shifted to Catherine Sandoval, a former California regulator who helped thwart a merger between AT&T and T-Mobile a decade ago.

Starks, the FCC’s other Democrat, is also under consideration for the chair and counts support from civil rights groups and members of the Congressional Black Caucus.

“My guess is they’re probably vetting some names,” Cantwell said of the White House.

Biden tapped Rosenworcel as the agency’s interim chief in January, and she’s since led eight FCC open meetings. But without a Democratic majority, she has been forced to find consensus with the agency’s two Republicans. 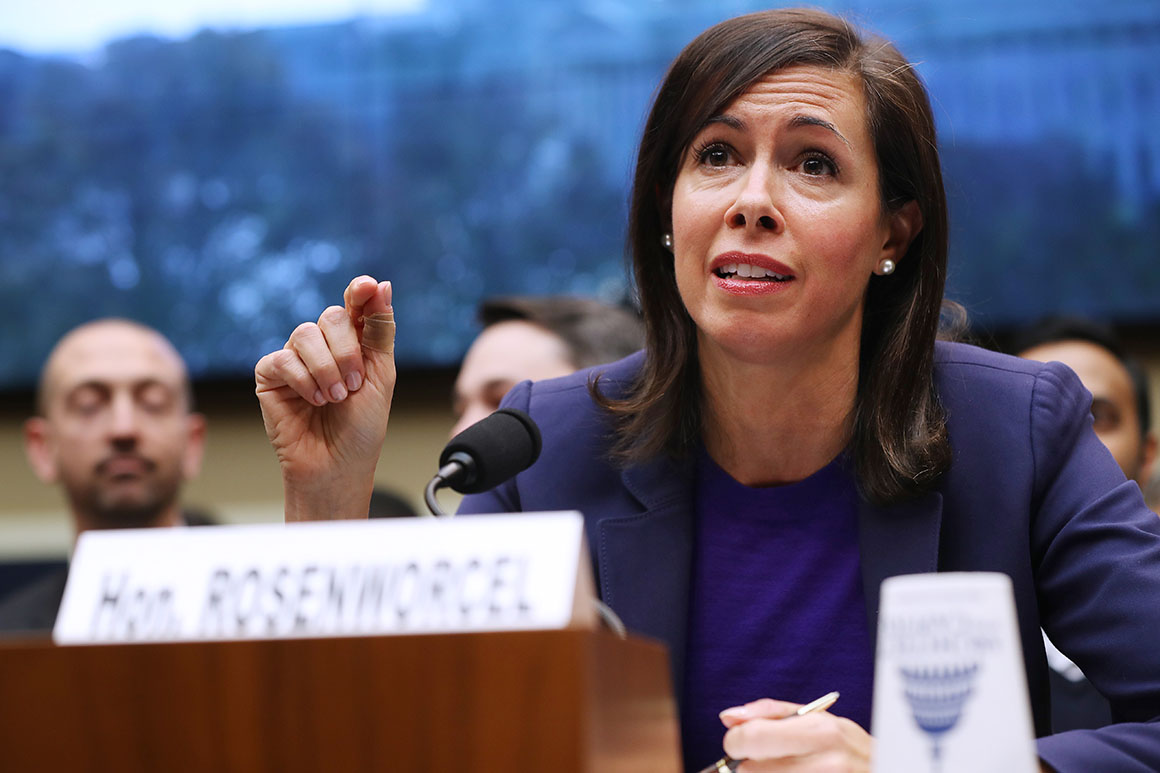 That has meant agendas lacking in partisan fireworks but still chock-full of activity. Among the actions so far: setting up billions of dollars’ worth of pandemic aid connectivity programs; launching a subsidy program to help rural wireless carriers rip controversial Huawei and ZTE equipment from their networks; and this month, a high-profile auction of 5G airwaves. But the commission hasn’t taken on more contested progressive priorities like reviving net neutrality safeguards or requiring a “nutrition label” for consumers’ internet bills.

Left-leaning agency observers say it would be a no-brainer to name Rosenworcel, who has been popular among many Democrats since joining the FCC in 2012 and is known for coining the term “Homework Gap” to describe the divide in parents’ online connectivity.

“I’m super frustrated,” said University of Virginia professor Christopher Ali, who researches broadband. “I feel that she is trying to lead an agency with both hands and both feet tied behind her legs because she can’t really get anything done.”

Rosenworcel also probably can’t plan far in advance without knowing whether she’ll be permanent chief, Ali added. “The fact that the Biden administration hasn’t done this, when broadband is such a massive priority for them, is vexing,” he said.

Increasingly, her anxious backers are speaking up.

Rosenworcel, a former Senate staffer, has long proved adept at acquiring allies, and 2021 has been no different. Early this year, dozens of House Democrats eager to see the FCC get its first permanent female chair offered their support, as did education and public safety groups and the Communications Workers of America. In September, half the Senate Democratic caucus and Rep. Mike Doyle (D-Pa.), who leads the House Energy and Commerce telecom subcommittee, prodded Biden to name her.

More than a dozen education groups wrote Biden on the matter at the end of September, as did a mix of online safety advocates. A trio of music community groups upped the volume in their own letter last week.

“I have literally never heard a negative word about Jessica Rosenworcel from a United States senator, Republican or Democrat,” Schatz said. “She’s well respected in the private sector, among advocacy organizations and in the Congress.”

Rosenworcel received a similar groundswell in 2013, when 37 senators urged then-President Barack Obama to name Rosenworcel as chair, back when she’d been at the commission for a year. Obama ultimately picked former telecom executive Tom Wheeler, who has remained influential in Biden circles.

Then again, half the Senate’s Democrats didn’t sign onto the most recent pro-Rosenworcel letter, which was led by Sen. Joe Manchin (D-W.Va.).

While Schatz and some Democratic offices told POLITICO not to read anything into the number of missing names, the non-signers included progressives such as Sens. Elizabeth Warren (D-Mass.) and Bernie Sanders (I-Vt.), whose offices didn’t comment. Biden’s other tech picks this year — such as Lina Khan at the FTC, Jonathan Kanter at DOJ and Tim Wu at the National Economic Council — were winners with the progressive bloc.

Many believe that Wu, known for coining the term “net neutrality,” is a central player in deciding FCC nominees.

And Rosenworcel has alienated some Democrats in the past. During the Obama years, she proved a fickle deciding vote on the FCC’s Democratic majority, and progressives blamed her for spiking an attempted overhaul of the cable set-top box marketplace. Democratic Sens. Ed Markey of Massachusetts and Ron Wyden of Oregon even briefly blocked her renomination in late 2016 over their ire.

Although Wyden now backs Rosenworcel for chair, Markey — a veteran member of the Senate Commerce Committee who has long been instrumental in telecom debates — was notably absent from the recent letter. The progressive Massachusetts Democrat is also the former boss of Ron Klain, Biden’s chief of staff.

Markey confirmed to POLITICO that he is not voicing support one way or another yet, stressing the importance of the position and noting ongoing internal deliberations.

“Still having a discussion with my staff,” Markey remarked. “We’re still looking at it and trying to sort through what the Biden agenda would look like.”

Republicans, meanwhile, see the status quo as an unexpected gift. They hope they can keep delaying partisan fights that would probably override their views, touting what they see as a productive bipartisan agenda under Rosenworcel’s 2-2 split.

“It always gets me to chuckle a little bit when I think about how busy the agency’s been,” Brendan Carr, the agency’s senior Republican commissioner, told reporters following the agency’s August meeting. “I’m sure the staff would disagree with ‘the deadlocked FCC.’”