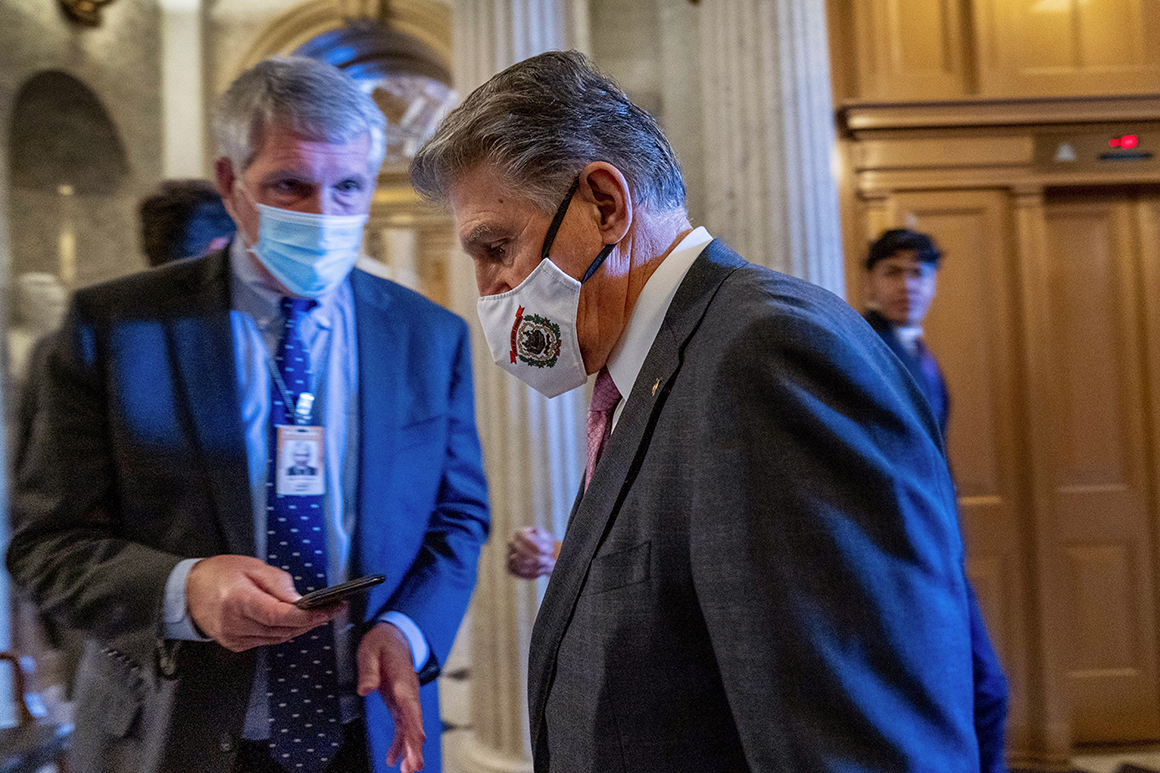 Congressional Democrats are down to a handful of key disputes in their frenetic effort to draft President Joe Biden’s roughly $2 trillion social spending package by the end of the week.

But the remaining hurdles will likely be the trickiest to clear, and it remains an enormous question mark whether Speaker Nancy Pelosi and Senate Majority Leader Chuck Schumer can nail down a deal in the next 48 hours.

As Democratic leaders publicly aim for a broad agreement on the bill’s contents before next week, Sen. Joe Manchin (D-W.Va.) appeared more skeptical of such a quick turnaround.

When asked whether the negotiations would go past Friday, the West Virginia Democrat told reporters: “I believe so.”

“We’re making good progress,” Manchin said. “There’s a lot of details, until you see the text and the fine print, it’s pretty hard to make a final decision … we can have the intent, you just have to make sure the text matches the intent of what people want to agree on or what they do agree on and what they don’t agree on.”

And Manchin isn’t alone in thinking the self-imposed deadline to reach a deal will slip again. Sen. Bernie Sanders (I-Vt.) also conceded Thursday that a framework before the end of the week was ambitious.

Privately, Democrats in both chambers are racing to resolve the slew of internal divisions holding up an agreement, holding calls and meetings with members, White House aides and Cabinet officials as they work to narrow the scope of the bill without tanking support.

Some of the largest remaining obstacles include tax provisions, paid leave, Medicare expansion and climate, according to Democrats familiar with the discussions — all issues that risk alienating key factions of the party.

“We’re still trying to get a framework in the next 48 hours,” House Majority Leader Steny Hoyer (D-Md.) said Thursday.

But several fresh problems have emerged in recent days, even as leaders project confidence. At the top of that list is Sen. Kyrsten Sinema’s fierce resistance to raising taxes on corporations and high earners, which has both complicated how to pay for the package and threatened a popular party message.

“It would be outrageous to not include something that so desperately needs to be done, that is the most popular part of this entire package, and that is something that all of us ran on,” said Rep. Pramila Jayapal (D-Wash.) the chair of the Congressional Progressive Caucus.

Democrats have successfully narrowed some coverage areas in the bill, Pelosi told reporters Thursday, while acknowledging Sinema’s opposition to raising rates. She underscored that the bill would be “fully paid for.”

Pelosi added that Democrats were still aiming to find a path forward by week’s end — something she had privately told her members earlier Thursday — and reiterated that party leaders have “always been on track.”

Another major hang-up is Biden’s signature clean-energy program, the Clean Energy Performance Plan, which Manchin has opposed. The opposition from the West Virginia Democrat has sent lawmakers scrambling for an alternative on a policy critical to the party’s base.

“I would like to see us try to get a little bit more on the climate front but if Sen. Manchin can’t be moved, let’s get what we can,” said Rep. Ami Bera (D-Calif.), one of the group of House Democrats that met with Biden on Tuesday.