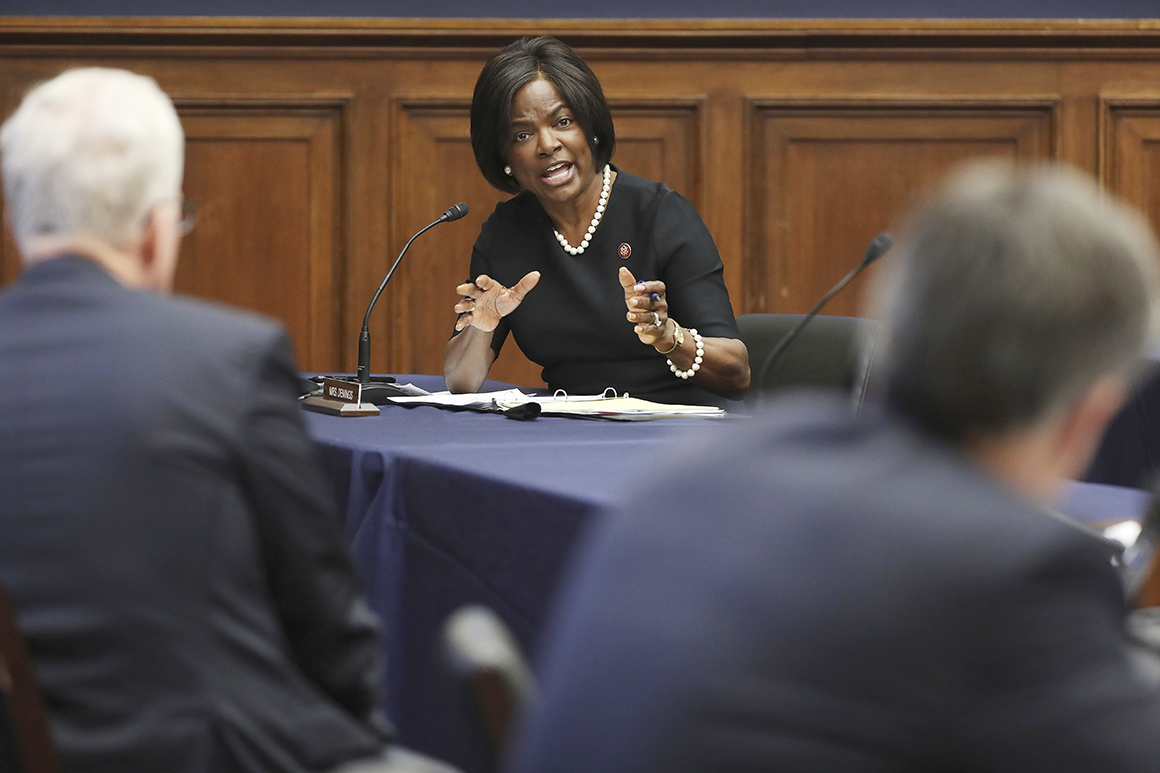 For months, the Florida congresswoman challenging Sen. Marco Rubio in 2022 seemed nowhere to be found, eschewing local press and small political events typical for this election off-year, and also avoiding the national media glare in Washington.

Now Demings has an answer for her whereabouts: She was campaigning almost exclusively on Facebook, growing an army of small-dollar donors across the nation on her way to raising a staggering $8.5 million in the most recent fundraising quarter —$2.4 million more than Rubio reported and more than any Senate challenger in the country between July and October.

Her fundraising haul provided a sudden burst of hope to Florida’s beleaguered Democrats, who reveled at the idea of a cash-flush Senate nominee whose star power sparked the imagination of Democrats across the country. The problem, however, is that the recent road to the Senate is littered with Democratic candidates whose talent for minting money from national online donors masked weakness back home.

To raise the record sum, Demings had to leave Florida — virtually, that is. She spent nearly 80 percent of her digital money targeting donors — especially middle-aged and older women — who live outside the state, according to an analysis from Bully Pulpit Interactive, a top Democratic digital firm. Since entering the Senate race in early June, the analysis shows, Demings dropped $2.8 million on Facebook ads, more than any other candidate in the nation. Her spending made her the 8th-highest advertiser on the platform overall.

The payout from Demings’ all-in-on-Facebook campaign — the first of its kind for a major Florida candidate — did more than just surprise Republicans and Rubio allies. It also reassured national Democrats that the key swing state — which has turned a deeper shade of red in recent years — can still command the kind of money that Democrats need to win here statewide.

Demings’ small-donor strategy — her average contribution was $28.45 from 172,000 contributors — could entice institutional fundraisers and top donors back, according to Ben LaBolt, a founder of BPI.

“It’s just a very impressive top-line number,” LaBolt said, “and it’s clear donors across the nation have responded to her biography and message, making this a premier race — perhaps more of a premier race than was anticipated before these numbers came out.”

It takes money to raise money, so Demings spent more cash than any other candidate to build her donor army: $5.6 million in total. She spent 66 percent of her money raised last quarter; Rubio, by contrast, had a 44 percent burn rate. Rubio also started Oct. 1 with more cash on hand: $9.6 million to Demings’ $6 million.

While new to Florida Democrats, the concept of the small-dollar, grassroots-fueled campaign was turbocharged by South Carolina Democrat Jaime Harrison, who raised more than $100 million in 2020 but lost to incumbent GOP Sen. Lindsey Graham in the red state.

By taking on a Republican loathed by Democrats, Harrison was able to nationalize the race by encouraging what’s called “fund-raging” from liberals. His charisma — and the history-making nature of his candidacy as a Black Democrat seeking to unseat a Deep South Republican — also powered his fundraising juggernaut. He’s now the chair of the Democratic National Committee and is advising Demings.

The similarities between their campaigns are hard to miss. A dynamic speaker like Harrison, Demings is tapping into Democratic animosity toward Rubio. The party base loves her biography: She grew up in segregated Jacksonville, Fla., before becoming the first African American woman to serve as police chief in Orlando.

“This is the new winning model for Senate campaigns, it’s won from Georgia to Arizona, and this is the first time a candidate is applying it to Florida,” Karp said.

Karp said the campaign’s heavy spending on Facebook, Google, email and conventional mail is a front-loaded expense designed to cultivate a broad base of small donors, who are expected to give more over time as the campaign spends relatively less money communicating with them going forward.

The goal is that the Demings operation starts to look like Democratic Sen. Raphael Warnock’s in Georgia, where he raised more than any other candidate in the most recent quarter — $9.5 million — but only spent $2.8 million. The fundraising successes of Demings and Warnock have drawn on the thirst in the Democratic Party for strong Black candidates in the post-George Floyd racial justice era.

For Demings, the unrest that followed Floyd’s murder last year marked a turning point. Due to her unique biography as a Black woman and former cop, she became a cable news staple and a leading party voice for criminal justice reforms, in part because she resisted embracing the “Defund the Police” movement that many Democrats believe seriously damaged their electoral prospects in 2020. Earlier in the year, she burnished her stature in the party by serving as a House impeachment manager against Donald Trump, which helped elevate her to Joe Biden’s shortlist for vice president.

When Demings declared her Senate candidacy in June, she cleared the field of her most serious potential Democratic rival, Rep. Stephanie Murphy. But Demings failed to cut a high profile after that and, in the eyes of some activists, was AWOL from the campaign trail. Her fundraising windfall quieted those critics in Florida, where retail politics take a back seat to TV advertising for candidates, who sometimes need to spend as much as $2 million weekly on commercials in the final days of a campaign.

“There’s a real opening for Val to be the leader of the party, you can see her success as a fundraiser, but you also hear from the activists, electeds and small donors a desire to see and meet her in their communities. Obviously, there is a lot on her plate, but with political outreach, a little goes a long way,” said Dan Newman, a top Democratic strategist in Florida.

“No one is saying her campaign is in a predicament. They just want to see her more,” he said, noting that “there’s universal excitement among Democrats for her candidacy.”

No one in the party is also under any illusion about the difficulties she faces in ousting Rubio.

Democrats for years have been out-organized on the ground by Republicans and have failed to conduct serious and sustained voter-registration drives — the kind that were central to Barack Obama’s back-to-back presidential wins in 2008 and 2012. The results showed in the 2020 election, when Trump won the state by a greater margin than Obama in his landslide 2008 victory, fueled by disproportionate support from white voters and an increased share of the Latino vote.

A bilingual Cuban American, Rubio presents a difficult opponent for Democrats. He hails from the state’s most populous county, Hispanic-heavy Miami-Dade, where Democrats typically need to roll up big margins to help offset losses elsewhere. Though he’s been massively outspent by Demings on Facebook, Rubio has made sure to advertise there in Spanish; Demings, so far, has not.

But with Florida appearing to grow more Republican, Demings runs the risk of getting caught in a political Catch-22 where her message to Democrats nationally conflicts with what voters want to hear at home.

“It’s a smart strategy to invest early in Facebook on email list-building,” said Eric Wilson, a Republican digital strategist. “It’s smart in terms of raising money to go out of state. But at a certain point, the problems aren’t the money. You could go raise money nationally on a message that’s a dud back home.”