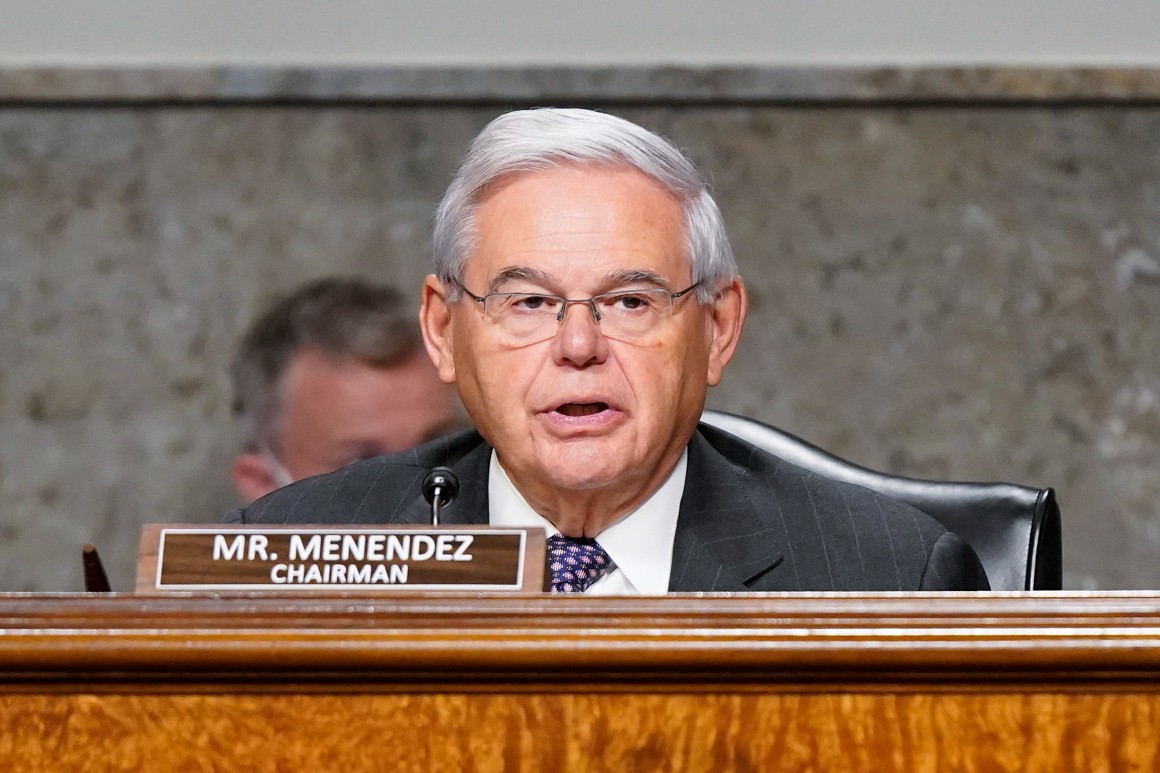 Democratic immigration reform advocates could see their bleak best-case scenario play out as soon as Wednesday, getting their goals into a social spending deal — only to run into yet another Senate rules roadblock.

As the White House closes in on an agreement with Sens. Joe Manchin (D-W.Va.) and Kyrsten Sinema (D-Ariz.) on a $1 trillion-plus social spending plan, multiple Democratic lawmakers say the outlook is not good for immigration’s inclusion in any deal. But even if Democrats make a third attempt at adding a path to legal status for millions of undocumented immigrants, they’re likely to still run afoul of Senate rules that limit what they can pass without GOP votes.

Sen. Bob Menendez (D-N.J.), who introduced a broader immigration reform proposal earlier this year, said it’s not clear whether “the administration is or is not engaged” on the matter with Manchin and Sinema. And he warned that the Senate’s nonpartisan rules referee, also known as the parliamentarian, still has the power to squash any immigration provisions President Joe Biden can get fellow Democrats to add to a broad social spending deal.

While “it would always be helpful for the administration to make that case” for immigration in the deal, Menendez said: “We still have to, of course, get through the parliamentarian. So even if the president is desirous of seeing it, it doesn’t solve the parliamentarian’s problem.”

After the parliamentarian rejected their two initial immigration pitches for a party-line spending bill that can evade a filibuster, including a pathway to legal status, Senate Democrats are pursuing a third option that would provide temporary protection from deportation and work authorization for certain undocumented immigrants. Even that, Democrats privately acknowledge, is likely to get axed.

And that would leave the party’s latest Hail Mary attempt to follow through on a top priority grounded in the turf, despite Democrats’ full control of Washington for the first time in a decade. With bipartisan talks on a standalone immigration bill stalled, many in Biden’s party viewed the social spending measure as their best chance this Congress to pass some type of reform.

Sen. Alex Padilla (D-Calif.) said this week that it’s his “hope and expectation” that the White House would include immigration in any framework that emerges with Manchin and Sinema. But Manchin cast doubt on those prospects.

“I don’t think it fits,” the West Virginia Democrat said Tuesday. “I think everybody knows it doesn’t fit.”

As Democrats winnow their talks down to the last series of unresolved issues, some of their most dedicated immigration reform proponents are still pushing for more attention.

Rep. Adriano Espaillat (D-N.Y.) said he is “surprised” to see immigration “falling off the table” in the negotiations, adding: “I spoke to the president yesterday and I let him know that. … That I’m frustrated.”

Outside groups, meanwhile, are pressuring Democrats to look at all options in response to their likely defeat on immigration, including overruling the Senate parliamentarian. But that doesn’t have the support it needs from all 50 members of the chamber’s Democratic caucus. 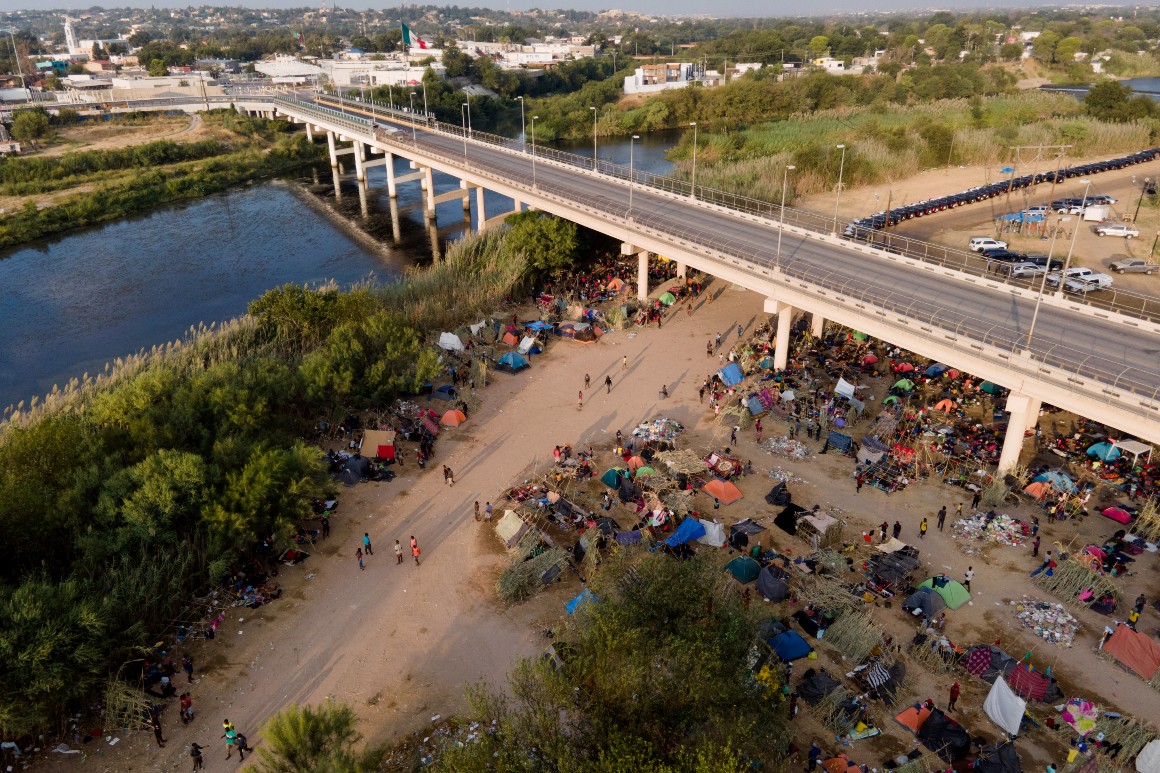 Senate Majority Whip Dick Durbin, who is leading the effort, acknowledged the uphill battle Democrats face. When asked whether immigration reform would ultimately be included in the final social spending bill, Durbin replied that “I don’t know the answer to that until we get a response to our third proposal” to the parliamentarian.

“Joe Biden knows how this works,” Durbin said.“I’ve made it clear that, while I respect the parliamentarian very much, I disagree with at least her second conclusion.” That refers to the parliamentarian’s decision that Democrats couldn’t expand legal status by making a simple change to a decades-old registry law.

Senate Republicans, meanwhile, are predicting that any third, or even fourth, option Democrats present will face the same fate as the first two. Bipartisan immigration talks have sat in limbo for months, with Republicans disinterested in pursuing a pathway to citizenship without taking up Biden’s border policy.

“I don’t know how many times they have to be told by the parliamentarian it’s not going to work,” said Sen. John Cornyn (R-Texas). “It’s amazing to me all the contortions that they’re going through.”

The House is expected to include some immigration reform provision in any social spending legislation that gets sent over to the Senate, Espaillat said. At the moment it’s likely to be the registry option, despite the parliamentarian’s rejection of that idea.

He added that if the third immigration proposal currently before the parliamentarian fails, Democrats have two other options. But he declined to discuss those in further detail.

The White House has made clear that it supported including a pathway to legal status in the social spending package, and sources close to the effort emphasized that the Biden administration is fully behind Democrats’ third attempt to provide additional protections to undocumented immigrants.

But even with that backing, Democrats aren’t hiding their skepticism.

“I don’t know how they get it in,” said Sen. Jon Tester (D-Mont.), noting the parliamentarian’s initial veto. Sen. Mazie Hirono (D-Hawaii) said she’d like to see immigration as part of any deal that Manchin and Sinema reach with the White House, but “that’s not necessarily my expectation.”

While Democrats and the White House have stayed on the same page on the social spending plan, some in Biden’s party haven’t hidden their frustration with the administration over its handling of immigration. Particularly galling to reform advocates, some of whom staged a virtual walkout on Biden administration officials earlier this month, are the deportation of Haitian migrants and the use of public health powers that the Trump administration previously deployed to expel the majority of migrants at the border, citing the risks of the Covid pandemic.

“On immigration overall, there are moments of success” from the Biden administration, Menendez said, “and other times of significant disappointment.”

A White House official responded that “after four years of the Trump Administration’s chaos, cruelty, and misplaced priorities, the work to build a fair, orderly, and humane immigration system will take time and won’t happen overnight.” The official added that “in a short period of time, the Biden Administration continues to make considerable progress delivering on its plan.”

If all else fails, some Democrats are pushing for the White House to take additional executive action. Espaillat said that in his conversation with Biden this week, he suggested the administration could use executive authority when it comes to work permits for some undocumented individuals.

“He could do that through executive order, let it go through the courts,” Espaillat said.