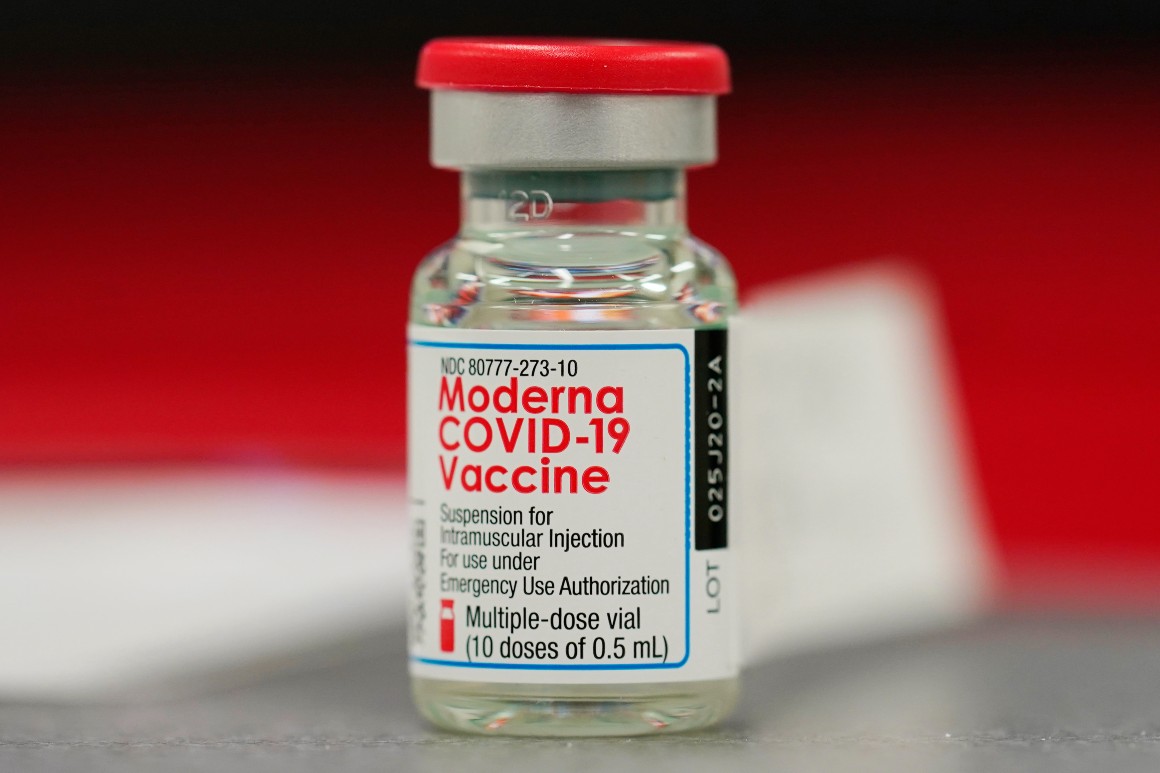 The Food and Drug Administration’s vaccine advisory panel on Thursday unanimously endorsed use of Moderna’s Covid-19 booster shot for the elderly and younger people whose jobs, underlying health or other factors elevate their risk.

The panel recommended giving the shots at least six months after initial immunization. Its vote is not binding, but the FDA normally follows the recommendations of its advisory committees.

The Moderna plan endorsed by the panel would apply to largely the same groups currently eligible for the Pfizer-BioNTech booster shot. For now, federal regulators only are planning to endorse giving people boosters from the same manufacturer as their initial shots, though the independent advisers will review preliminary data on Friday on so-called “mix-and-match” boosting.

Here are three takeaways from the first day of the FDA panel’s two-day meeting:

Regulators are grappling with incomplete data

Despite the unanimous vote, some panel members lamented the skimpy data they had to rely upon to make their decision — and that the Pfizer precedent made it difficult for them to go in a different direction with Moderna.

Panel member Patrick Moore, a professor at the University of Pittsburgh Cancer Institute, said he had some “real issues” with the vote result, based on questions about the quality of Moderna’s data.

“I just want to explain why I voted yes; it is more gut feeling rather than based on really truly serious data,” he said, adding: “The data itself is not strong, but it is certainly going in a direction that is supportive of this.”

Moderna, like other vaccine manufacturers, continues to reference antibody response as a sign that people have built a level of immunity against the coronavirus. But FDA regulators at the meeting admitted they still are not entirely sure what is the best yardstick, or “correlate of protection,” by which to measure how well — and how long — the shots work.

University of Pennsylvania vaccine expert Paul Offit, an advisory committee member, lamented using antibody response as a measuring stick when data seemed to indicate that immunity grew over time after two doses. He also criticized thinking of mild and asymptomatic breakthrough infections as a sign of failure or a weak vaccine.

“If the goal is to try and protect against the unfortunately-named breakthrough infections of asymptomatic infection… then we’re going to be talking about getting frequent boosters, which I don’t think is a reasonable strategy for this,” Offit said.

Another panel member, Cody Meissner of Tufts University School of Medicine, expressed concern over the wording of the recommendation for people whose jobs or living situations put them at high risk. He argued that while those people have a greater chance of exposure to the virus, they may not necessarily be more susceptible to severe disease.

“If we can’t defend these recommendations based on evidence, I think it’s going to further complicate getting this vaccine into every single adult American, and that’s really what we want to do,” he said.

Not all vaccines are created equal

Moderna’s presentation to the committee outlined the company’s rationale for proposing a half-dose booster shot, unlike the full doses authorized or proposed for Pfizer and Johnson & Johnson.

“We believe we should vaccinate with the lowest amount of antigen needed to induce an immune response,” said Jacqueline Miller, Moderna’s senior vice president for infectious diseases.

A lower dose is enough to reactivate the body’s immune memory to initial vaccination, she said — and it could help stretch the world’s supply of the Moderna shot.

Moderna’s half-dose booster did not produce the fourfold increase in antibodies that FDA has set as a bar for authorizing boosters, but Miller said that was because participants in the company’s booster studies had high antibody levels to begin with.

“Subjects who did not meet the fourfold rise definition are still deriving substantial benefit from the 50 micrograms booster dose,” she said. 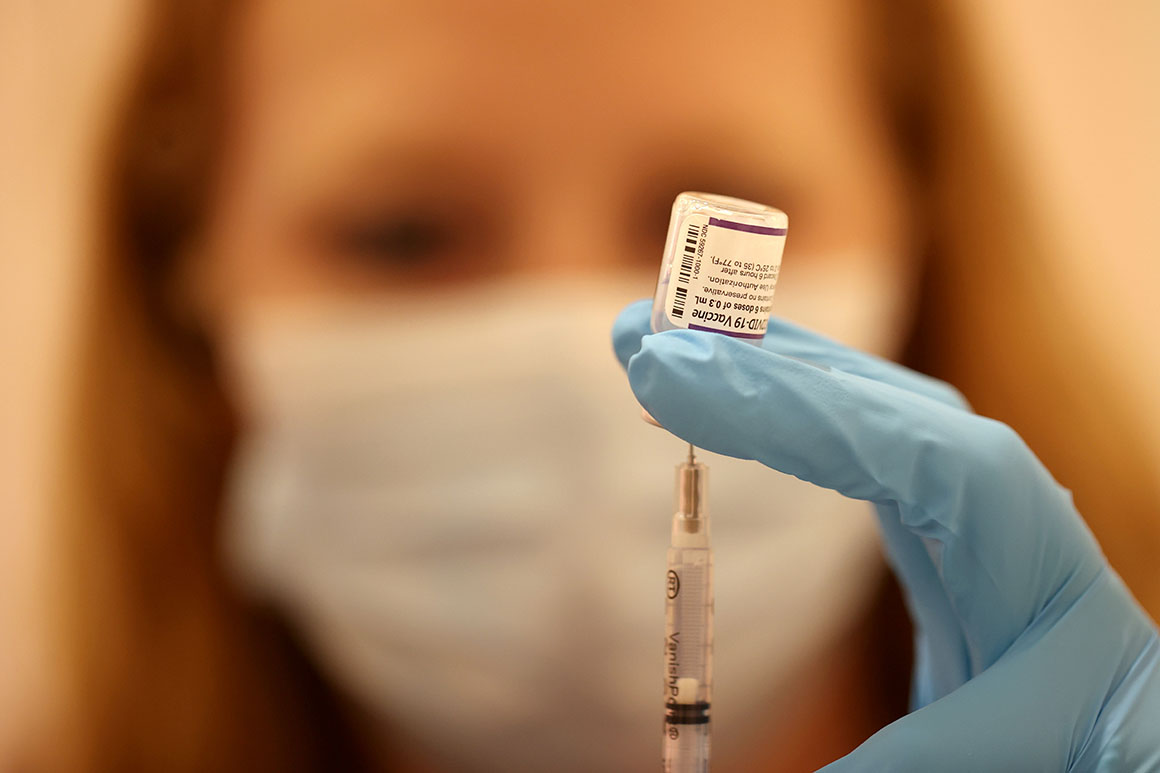 But some panel members questioned whether the smaller dose would provide as long-lasting protection as a full-dose booster.

Moderna’s presented data on the immune response from a full booster dose that suggest immune cells were able to ward off the virus even after antibody levels dropped significantly.

“I don’t know if FDA has a sense of how that will change going from 100 [micrograms] to 50 [micrograms],” said Michael Kurilla, director of the Division of Clinical Innovation at the National Center for Advancing Translation Sciences. “That may have a tremendous impact on durability.”

FDA staff have tried to keep the agency’s vaccine advisers from veering into broader discussions about equity during booster meetings, but the issue surfaced multiple times Thursday.

Miller began her morning presentation by arguing that the company’s proposed half-dose booster would help stretch the world’s vaccine supply.

Just under half of the world’s population has received at least one dose of a Covid-19 vaccine, but most of those shots have been administered in the richest countries. African countries in particular have struggled to vaccinate their populations.

Miller faced more pointed questions later in the day about Moderna’s role in closing the global vaccine gap from panel member Randy Hawkins, a physician specializing in pulmonary and internal medicine at Charles Drew University and in private practice.

He pressed Miller about criticism that Moderna has lagged in producing doses for low-income countries, either directly or through the global vaccine aid program known as COVAX.

“What is Moderna’s commitment to COVAX and other steps it will take to control the pandemic in countries suffering disproportionately?” he asked Miller.

She noted that the company has said it will not enforce its intellectual property protections against generic versions of vaccine during the pandemic and has delivered 50 million doses to COVAX as of September. Moderna has also committed to build a manufacturing plant in Africa — although she could not say when or where that would open.

“We also have plans to distribute 1 billion doses to low-income countries in 2022, and even though it includes greater complexity, we are reducing the [booster] dose to 50 micrograms in order to make more vaccine available for the world,” Miller said.