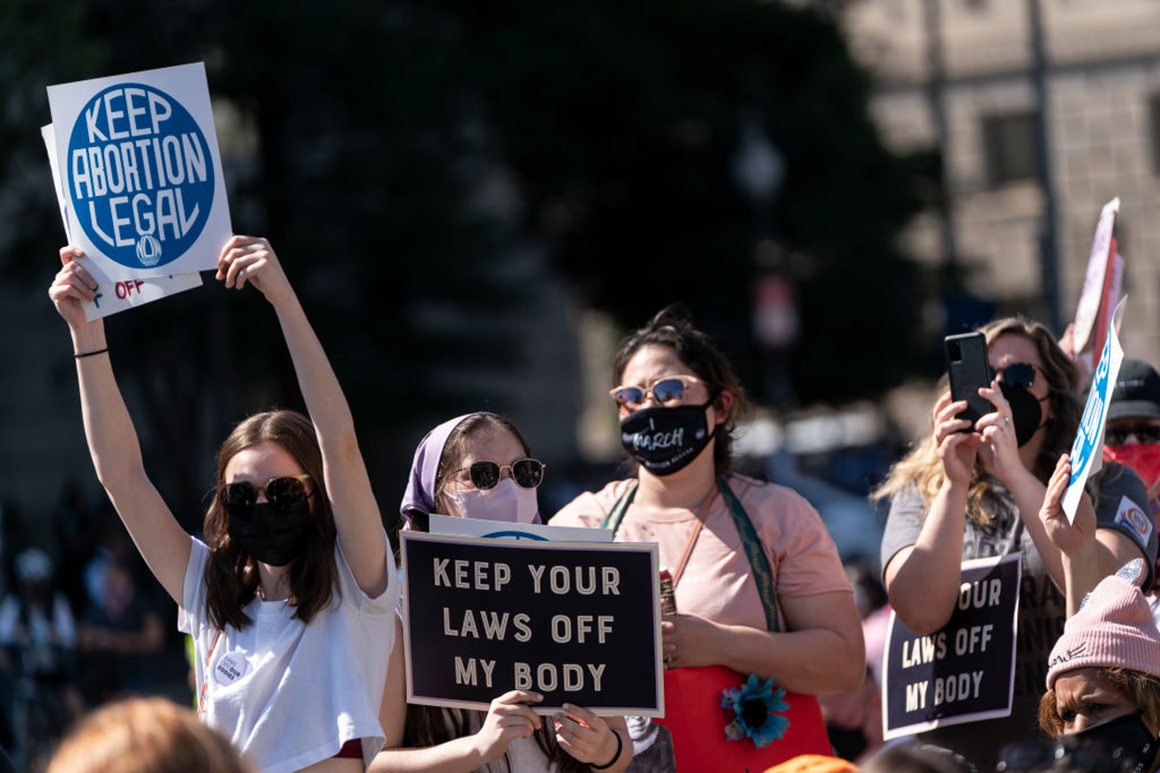 A federal judge has blocked the new Texas law that uses the prospect of private lawsuits to enforce a ban on abortions after about six weeks of pregnancy.

Acting on a suit brought by the Biden administration, U.S. District Court Judge Robert Pitman issued a preliminary injunction on Wednesday evening that immediately forbids Texas state court judges and clerks to accept suits under the law, known as S.B. 8.

“Despite the State’s attempts to obscure the question … people seeking abortions face irreparable harm when they are unable to access abortions; these individuals are entitled to access to abortions under the U.S. Constitution; S.B. 8 prevents access to abortion; a preliminary injunction will allow — at least for some subset of affected individuals — abortions to proceed that otherwise would not have,” Pitman wrote in his 113-page ruling.

The judge said he was particularly troubled by the design of the Texas statute, which was crafted to make it difficult for abortion rights advocates to challenge because of the lack of direct enforcement by state officials or prosecutors.

“Above all, it is the intentional design of the law by state actors for the chief purpose of avoiding judicial review that sets it apart — and makes it particularly likely to be appropriate for this Court to enjoin,” Pitman wrote.

Lawyers for Texas had asked Pitman to stay his ruling if he granted the federal request to enjoin the law, but he declined to grant such a delay.

“The State has forfeited the right to any such accommodation by pursuing an unprecedented and aggressive scheme to deprive its citizens of a significant and well-established constitutional right,” the judge wrote. “From the moment S.B. 8 went into effect, women have been unlawfully prevented from exercising control over their lives in ways that are protected by the Constitution.”

Texas is expected to seek review of Pitman’s order from a federal appeals court, with the outcome of that appeal likely to wind up at the Supreme Court within weeks.

Abortion providers complained that the new law had dramatically curtailed the ability to have an abortion in Texas, even though the right to terminate a pregnancy has been protected by Supreme Court precedent for a nearly half a century.

Soon after the law took effect on Sept. 1, the Supreme Court voted, 5-4, to decline a bid by abortion providers to block it. However, the justices signaled doubts about the constitutionality of the so-called heartbeat law, which seeks to ban abortions performed after a fetus reaches six weeks of gestational age — when cardiac activity is typically detected. The high court also left open the possibility of further legal action.

The ruling brings to an end the 36-day stretch in which nearly all abortions halted statewide for the first time since Roe vs. Wade was decided in 1973.

“We are hopeful that the court’s order blocking S.B. 8 will allow Texas abortion providers to resume services as soon as possible,” said Alexis McGill Johnson, the president and CEO of Planned Parenthood.

Yet some clinics might still be hesitant to resume offering abortions after six weeks of pregnancy, since a provision in the Texas law would allow them to be sued for abortions performed when an injunction is in effect if the law is later reinstated by a higher court.

“This block is temporary and we aren’t sure what this means for care yet,” said Whole Woman’s Health, an organization that runs several abortion clinics in the state and took part in the lawsuit, following the ruling.

Part of Pitman’s decision to block a law he viewed as obviously unconstitutional read like a retort to the Supreme Court for failing to step in a little over a month ago when it first had the chance.

“That other courts may find a way to avoid this conclusion is theirs to decide; this Court will not sanction one more day of this offensive deprivation of such an important right,” Pitman wrote.