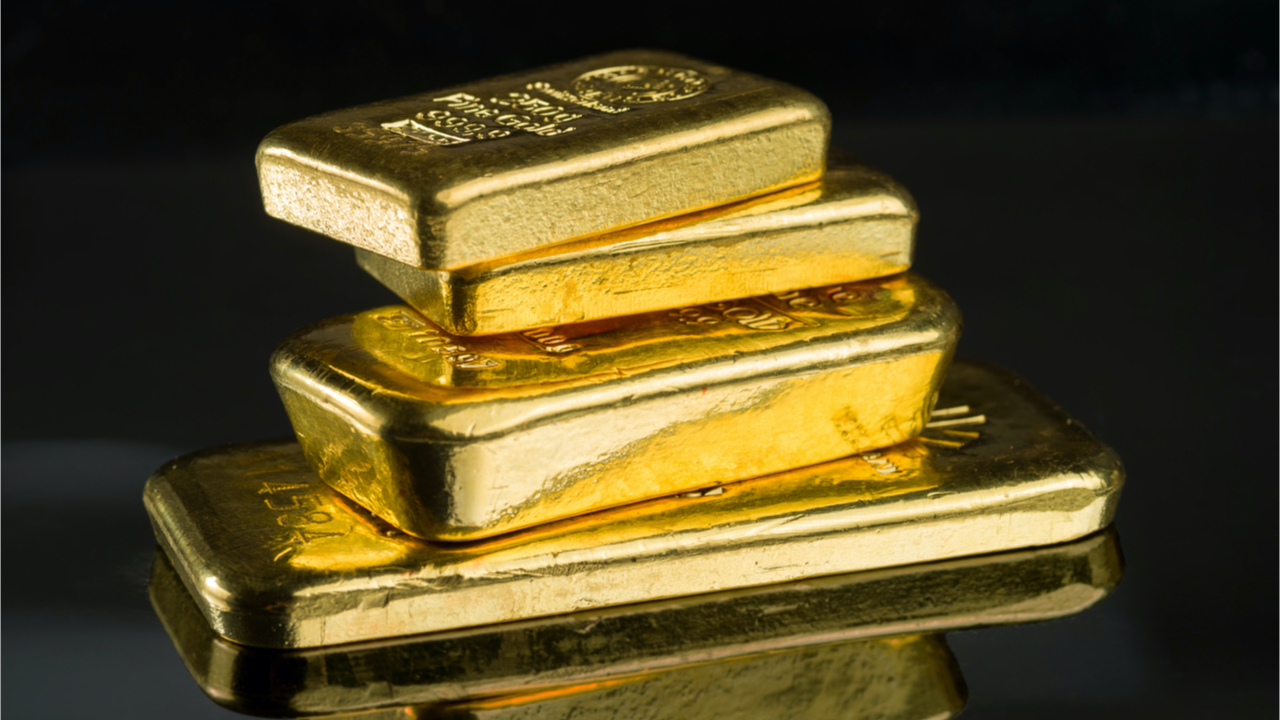 While the price of bitcoin has surged during the first few days of October, the price of the precious metal gold has also increased percentage-wise as the U.S. dollar and the country’s 10-year Treasury yields slid in value this past week. An ounce of fine gold exchanged hands this weekend for $1,760 per unit, up 1.32% since September 29.

Gold Spikes More Than 1% This Past Week, Metal’s Rise Attributed to a Soft Dollar, US Default Fears, the Fed’s Upcoming QE and Benchmark Rate Decisions

After the end of September, like clockwork, bitcoin (BTC) and the crypto-economy saw billions funnel back into crypto markets. Today, the entire crypto-economy is worth around $2.23 trillion and BTC commands $909 billion or 41% of that aggregate total.

Meanwhile gold, on the other hand, has been lackluster as far as percentage gains are concerned but the asset has jumped 1.3% in the last six days. Gold bugs, speculators, and precious metal (PM) market analysts have pointed to the soft dollar last week attributing to the shiny yellow metal’s price rise. 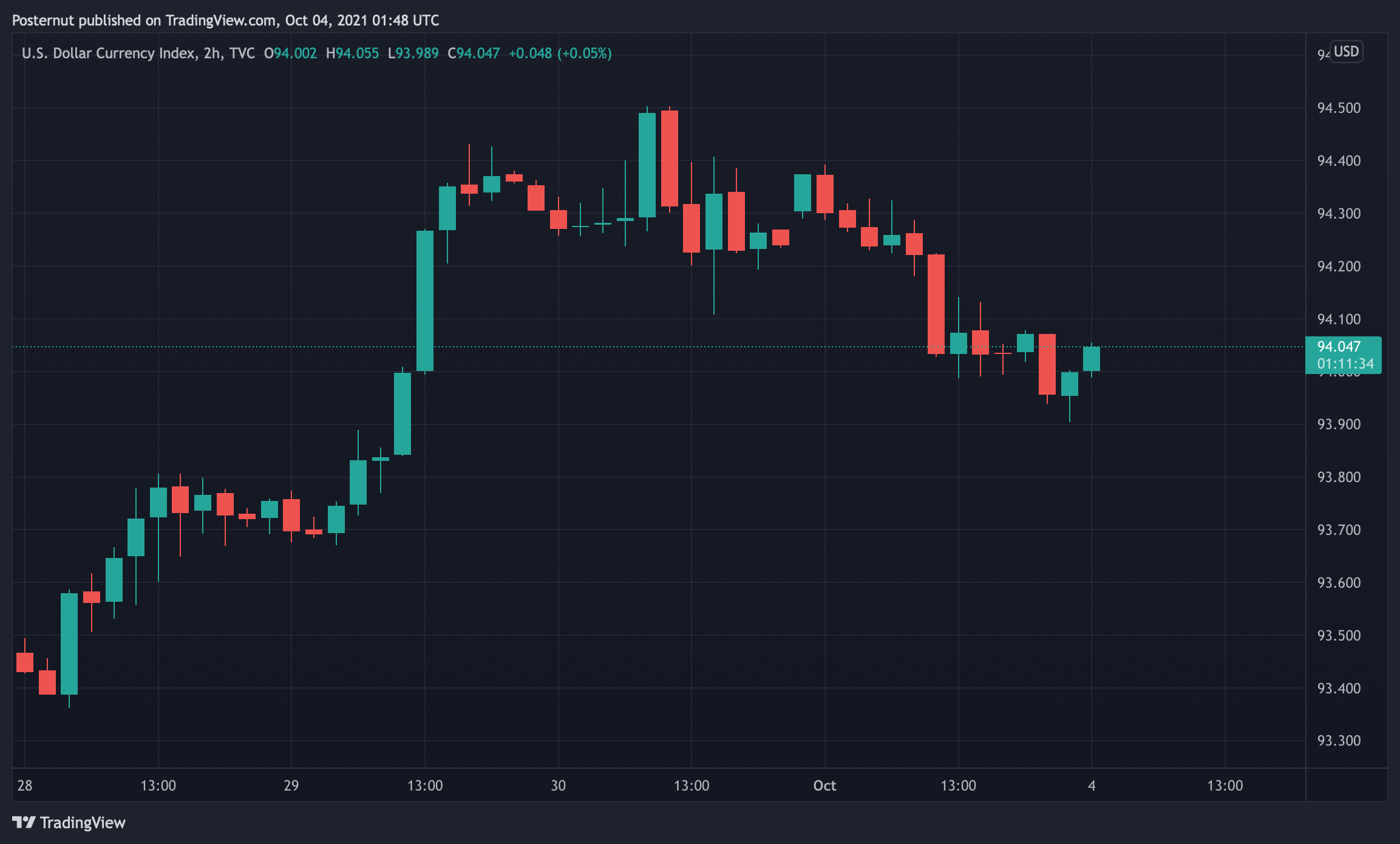 Last week, both the dollar index and U.S. Treasury yields declined in value and PMs saw significant demand from other fiat currencies. Furthermore, market participants are worried about the Federal Reserve’s moves, as discussions of reducing massive asset purchases every month and raising the benchmark rate next year continue to rattle investors.

“The more hawkish stance appears to have been the key factor driving the dollar higher in late September,” Chandler remarked this weekend. “However, more immediately, fiscal policy is the focus, though investors appear to be looking through it, as many find it inconceivable that the U.S. would default on its debt,” the market strategist added. 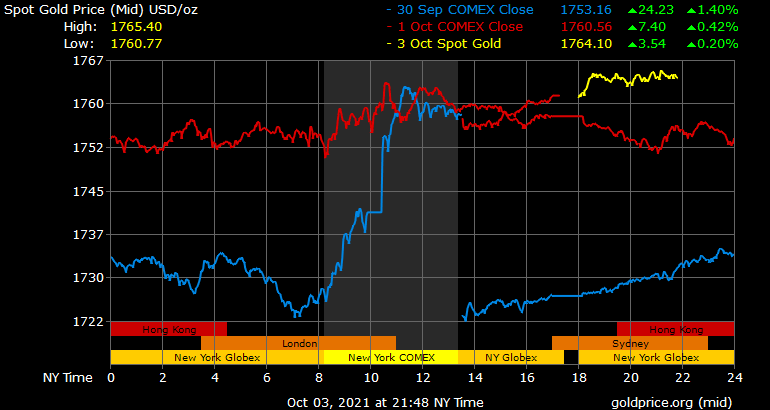 On the other hand, analysts at schiffgold.com explain that “the [Federal Reserve] is clearly monetizing U.S. debt” in a research post called “[the] Fed absorbs $60B of 1-5 year U.S. Treasuries in September.”

“The Fed has monetized a large percentage of debt issued since January 2020. The focus is clearly seen in notes and bonds to keep a lid on long-term rates,” the schiffgold.com Fed study posted October 1 details. “The Fed can talk about tapering and even make attempts to do so, but they will inevitably reverse course and begin expanding their balance sheet by more than $120 [billion] a month.”

Despite the 1.3% jump this past week, FX Empire said that its end of the year forecast for gold was wrong. “[We’re nixing] our Gold forecast high of $2,401. We are wrong and not even close. Period,” FX Empire sternly noted. Even though there are still a few months left, FX Empire explains it’s irrational to think gold will reach $2,401 at this point in the game. 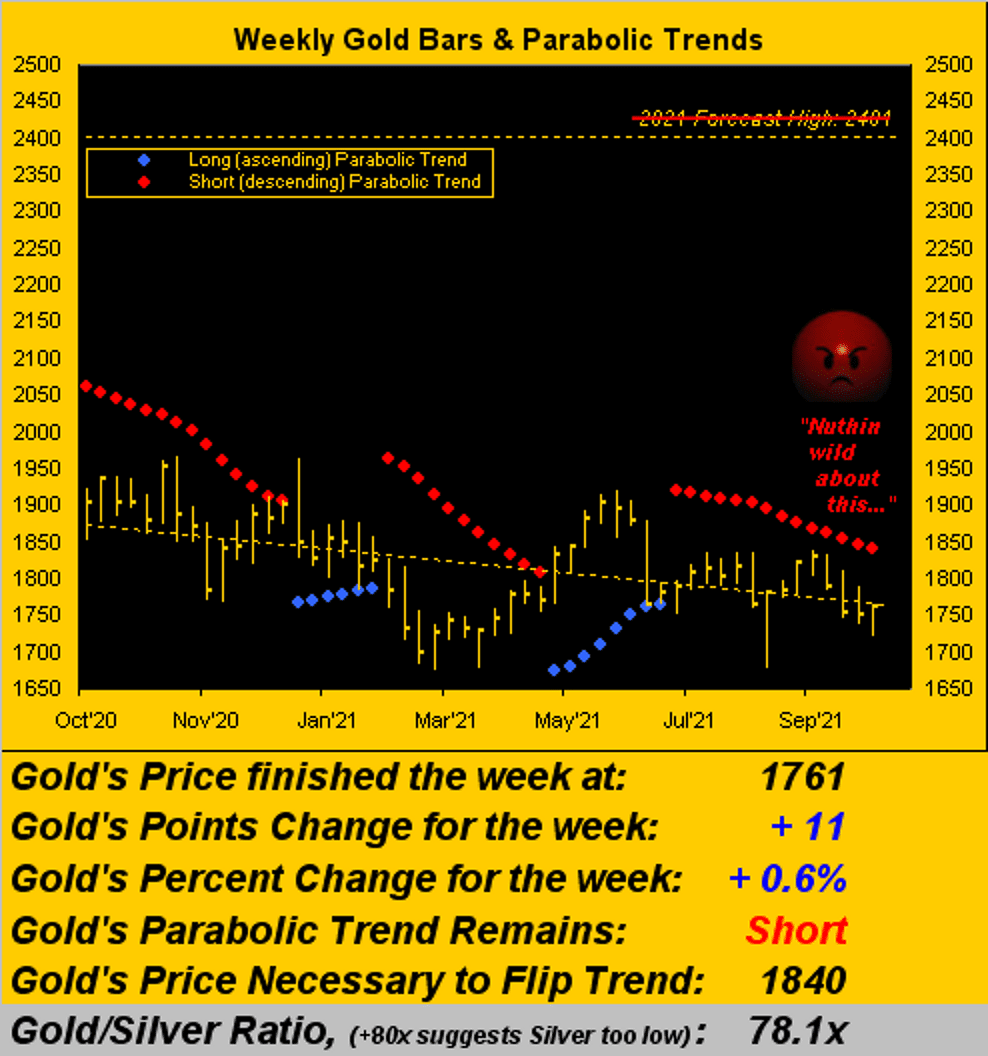 “As we are quantitatively-driven, barring the occurrence of something horribly massive, to anticipate gold even reaching $2,000 by year-end, let alone $2,401, is outright out of any rational range,” FX Empire author Mark Mead Baillie stressed.

“Gold just commenced Q4 by settling out the week yesterday (Friday) at $1,761, (after having settled Q3 on Thursday at $1,758),” the author added. “The stretch to reach $2,401 in the year’s 63 remaining trading days thus requires a price increase of 36.3%,” Baillie added. The FX Empire analyst continued:

Now has such [a] percentage increase in the price of gold ever happened before within a 63-day stint? Absolutely. Obviously there was the infamous run from 1979 into 1980, with a like move in 1982; but then ’twas not until 2009 that the price of Gold again increased by at least a like percentage.

What do you think about gold’s recent 1.3% price rise and FX Empire nixing its end of the year gold forecast? Let us know what you think about this subject in the comments section below.