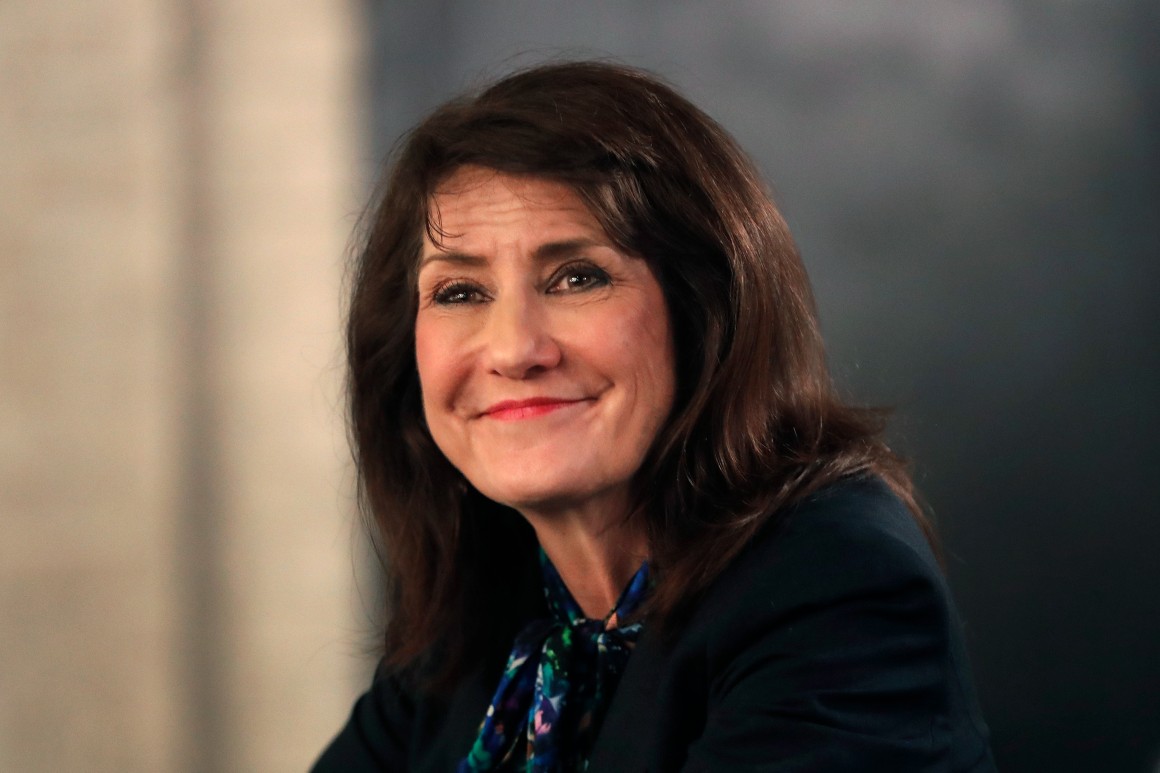 Illinois’ Legislature passed a congressional map early Friday that likely secures Democrats’ control of 14 of the state’s 17 congressional districts — but it also condemned liberal freshman Rep. Marie Newman to an uncomfortable fate at the eleventh hour.

Newman, who rose to fame in 2020 after ousting a veteran conservative Democrat, Dan Lipinski, fell victim to last-minute changes by Springfield legislators plotting to both boost Democratic Rep. Sean Casten and create a district where the Latino community could elect their candidate of choice. Now, Casten and Newman are set to clash in a primary next June.

A draft map released last weekend looped both Casten and Newman together in one district — but after a concerted campaign from Casten allies, the Legislature reversed course. A new map unveiled just hours before it was approved artfully carved Newman’s hometown of La Grange out of the district with Casten’s home and into the heavily Latino seat of Democratic Rep. Chuy García — where she would face long odds in a potential primary.

Newman slammed the move as a perversion of the democratic process but could not stop it.

“The most recently proposed map is a clear attempt to appease one person and a small handful of affluent insiders at the expense of workers and working families on Chicago’s Southwest Side and suburbs,” Newman seethed in a Thursday night statement. “Illinois residents deserve fair representation and a fair map that includes public input — not one that turns a blind eye to it.”

Yet by late Friday morning, Newman announced that she would challenge Casten in the new 6th District regardless: “The lion’s share of this new district is made up of the communities and residents I represent today and I look forward to continuing to serve them in Congress.”

Casten also confirmed Friday that he would run in the 6th District with a statement lamenting that “since the beginning of the redistricting process, I have never wanted to see friends run against friends.”

Besides Newman and Casten, every Republican member is also feeling the squeeze under the map. GOP Reps. Darin LaHood and Adam Kinzinger are shoved together in a deep-red seat in the north, though Kinzinger quickly announced his retirement on Friday morning. GOP Reps. Mike Bost and Mary Miller are looped in a similarly packed Republican seat in the south. Republican Rep. Rodney Davis has a central district to himself — unless any of his colleagues decide to run there instead.

Even before the new map was passed, the delegation was already bracing for multiple clashes between sitting members.

“I’ve been through this every 10 years. It’s Civil War-ish. It gets ugly,” said Rep. Mike Quigley (D-Ill.). “Traditionally, longtime friends have been forced to turn against each other for survival. So it’s ugly political cannibalism.”

Newman’s fate, however, was almost avoided.

Under siege in the draft map released Saturday, Casten tapped into the network he cultivated in 2018 when he ousted then-GOP Rep. Peter Roskam. His political operation sent out an email mobilizing volunteers to contact legislators in his district and urge them to vote against pairing him with Newman.

They urged supporters to contact their state representative with a script: “Combining Sean Casten & Marie Newman would be horrible for Democratic enthusiasm across the suburbs. Forcing two popular members of Congress to battle it out in a primary will leave Democrats discouraged heading into the midterms, when we need all our energy focused on electing Democrats in the suburbs!” according to an email obtained by POLITICO.

It was unclear throughout the day on Thursday whether state House Speaker Chris Welch would be able to marshal the 71 votes needed to push through a new map during the special session. And there was a fear among lawmakers that the vote might be postponed until January, when only 60 votes were needed, a move that would delay political campaigns eager to gear up for the June 2022 primary.

But then a new map surfaced late Thursday that shoved Newman’s home with Garcia’s and it passed both the state Senate and the state House by early Friday morning. It now goes to Democratic Gov. J.B. Pritzker for his signature.

Members of Congress do not have to live in the districts they represent — and many do not. Newman is the current representative for a good chunk of the new 6th District.

As of the end of last month, Casten had $1 million banked, compared to Newman’s $440,000. Both are progressive, but Newman would likely try to run to Casten’s left.

Some Casten allies have wondered if AIPAC or Democratic Majority for Israel, two pro-Israel groups, might get involved in a matchup because Newman was one of only a handful of Democrats who opposed funding the Iron Dome defense project earlier this year.

But both ceded other parts of their districts to create a new Latino opportunity seat. Two Democrats, Chicago Alderman Gilbert Villegas and state Sen. Omar Aquino, have already signaled some interest in running for the new seat.

“Given the history of how dis-empowered we’ve been, I would hope that it were a Latina or a Latino,” said Garcia, the only Hispanic member of the delegation, said of the ultimate winner of the new district.

When asked if that would mean one of his current colleagues would be out of Congress, he said: “We’ll see. That’s how these things go. Got to take a risk.”

The new map would leave every other Democratic incumbent in a relatively strong position. A northwest Illinois seat — from which Democratic Rep. Cheri Bustos is retiring — would become slightly more blue, though still winnable for the GOP. It also creates a new deep blue seat that snakes from East St. Louis to Springfield to Champaign.

Still, a potential matchup between two Democratic incumbents came as a surprise to some Democrats, who have total control of the redistricting process and thus can avoid such pairings.

Illinois stands in stark contrast to other states that have adopted an incumbent-protection posture that’s made for a somewhat sleepy redistricting so far. West Virginia is the only state set to feature a member-vs-member showdown as it shrank from two seats to three.

Republicans, out of power in the legislature and the governor’s mansion, were expecting their current predicament.

LaHood said in an interview before redistricting passed that he was waiting to see the final maps before deciding his reelection plans. (He dodged a question on whether he could beat Kinzinger, one of the GOP’s most prominent anti-Trump critics, in a primary.)

Democrats left Davis’ home of Taylorville in a central Illinois district with no other incumbents — a possible ploy to keep him from challenging Pritzker in the governor’s race.

Still, in an interview earlier this week, Davis hit Pritzker for allowing such a gerrymandered map to move forward. When asked if he is still considering a run for governor, Davis replied: “I haven’t ruled out anything because I don’t know what the battlefield is going to look like.”

The new southern district is a combination of Bost’s and Miller’s current seats and a small rectangular arm just out of the northern border to grab Miller’s hometown of Oakland.

“They didn’t do that on purpose,” Bost joked, referring to the Democrats. “They didn’t draw that little area like that.”

Still, he said he plans to run no matter what, even if it meant challenging a colleague.

Miller, meanwhile, began to scurry away when POLITICO asked whether she is planning to run for reelection. A freshman who has faced repeated controversies, Miller perhaps leans more right than the other Republicans in the delegation. She has attended press conferences with the House Freedom Caucus, including one calling for the removal of two GOP colleagues from their committees: Kinzinger and Rep. Liz Cheney (R-Wyo.).

Still, when asked whether she was weighing running against one of her GOP colleagues over another, she suggested she wouldn’t be intimidated by the new maps.

“I have no idea,” she said, “but I can say I laughed when I read that they think they’re terrorizing me. Because I am not scared.”