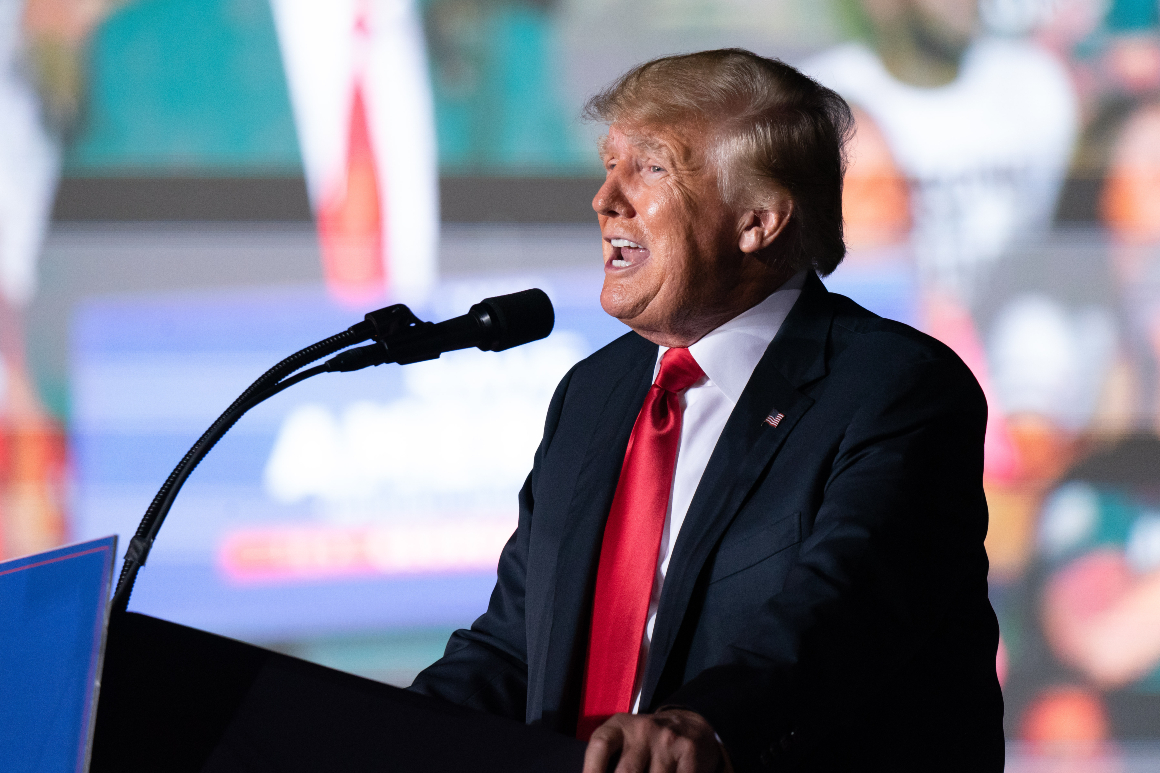 The congressional committee investigating the Jan. 6 assault on the Capitol is steeling itself for its first encounter with an immovable object: Donald Trump.

Some aspects of its work are proceeding smoothly. The panel has held its first closed-door transcribed interviews with willing witnesses, according to sources familiar with those efforts, and new ones are scheduled for this week.

But even as it digs into what exactly happened and at whose behest, the select committee is preparing to slam into a wall of resistance in a few days — an anticipated effort by Trump and his allies to defy the Jan. 6 probe.

The former president has a fast-approaching deadline to attempt to block the National Archives from releasing records from his White House that could shed light on his attempts to overturn the 2020 election results. And some of Trump’s closest aides have until Thursday to comply with a committee subpoena for their own records.

For a panel that has worked briskly but methodically to gather records from federal agencies and scoop up voluntary testimony from friendly witnesses, the expected fight from Trump is likely to be the first test of its legal and political muscle.

“I think it would be a mistake to say that we aren’t prepared for all of these eventualities,” said Rep. Pete Aguilar (D-Calif.), one of the panel’s seven Democrats. 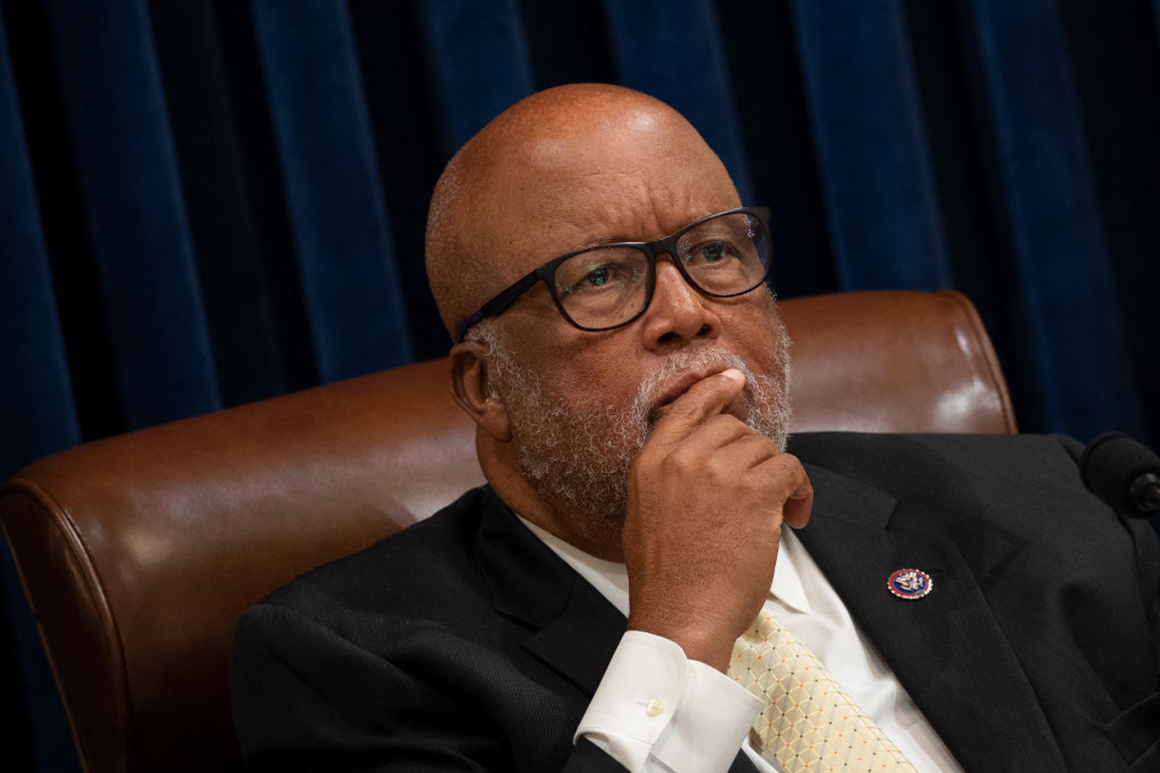 One tripwire will come Thursday, when subpoenas to former White House Chief of Staff Mark Meadows, longtime Trump aide Dan Scavino and Trump-world figures Steve Bannon and Kash Patel require them to supply documents to the panel. Committee Chair Bennie Thompson (D-Miss.) said Friday that he was prepared to issue “criminal referrals” to anyone who defied deadlines.

None of the four has publicly signaled how they will respond to the subpoena, and Patel has issued a statement criticizing the committee’s process. Repeated inquiries to representatives for Trump and to members of his inner circle about how they intend to respond have gone unanswered.

But committee members expect that these witnesses won’t willingly cooperate — one of the reasons the panel issued subpoenas without offering them a chance to voluntarily provide documents or testimony.

“The committee is determined to follow every conceivable end,” said Rep. Jamie Raskin (D-Md.). “There were literally thousands of people involved in these events. So we’re convinced that the truth is going to come out.”

One reason for their confidence: Witnesses have begun coming forward to testify behind closed doors in transcribed interviews, a setup used by the House Intelligence Committee during Trump’s first impeachment. Almost exactly two years ago, the impeachment panel — helmed by Rep. Adam Schiff, who sits on the Jan. 6 committee today — broke Trump’s logjam when it secured a voluntary transcribed interview with veteran diplomat Kurt Volker. That led to a cascade of interviews with other State Department and Pentagon officials.

Members of the Jan. 6 committee are hopeful for a similar snowball effect now that their initial interviews have begun.

In addition, the panel, whose members meet daily either in person or via Zoom, has spent recent days insisting it’s ready to engage any recalcitrant witnesses in court.

“We’ll do whatever the law allows us to do,” said Thompson, when asked about how the panel would handle it if Meadows and others rejected any cooperation.

The deadline for Trump to ask President Joe Biden to shield his records from the committee is expected to arrive midweek, though the exact timing has been shrouded in secrecy. Trump has insisted he would attempt to block the records from release, a move that could trigger a complex and uncharted legal battle over the limits of executive privilege claims by former presidents. Biden’s White House has indicated it will look favorably on the committee’s requests for documents but stopped short of a blanket promise to release everything that Trump seeks to withhold.

More of the contours of the committee’s investigation became clear Friday when Thompson noted that the panel has divided its work into “five teams.” A source familiar with the breakdown said those teams are pursuing distinct aspects of the Jan. 6 narrative. They include the campaign by Trump and his allies to pressure Pence to overturn Biden’s Electoral College victory and the mobilization of extremist groups like the Oath Keepers and Proud Boys to descend on Washington for the Jan. 6 event.

Other details have dripped out as inquiries made by committee investigators have trickled into public. For example, investigators have begun seeking testimony from the Jan. 6 rioters themselves, particularly those who have pleaded guilty and are preparing for sentencing. The panel is relying on investigators who in some cases are recent departures from the Justice Department and are now acting as committee counsel.

Across the street at the federal district courthouse, a figure of interest to the committee — pro-Trump activist Brandon Straka — is expected to plead guilty to misdemeanor offenses connected to his actions on Jan. 6. The panel has asked the National Archives for Trump administration records that mention Straka, among other White House allies who participated in Jan. 6 events.

An attorney for Straka did not respond to a request for comment. Prosecutors say Straka helped lead a charge up the Capitol steps and encouraged other rioters to take an officer’s shield. But the evidence they presented suggested he stopped at the entrance to the Capitol and remarked that tear gas was being deployed against the mob. It’s unclear if he entered the building. Straka appeared on paperwork by organizers of a pre-Jan. 6 event and was included among a list provided by the Jan. 6 committee to the National Archives.

Prosecutors have continued to close Jan. 6 cases at a rapid clip. By the end of the day Friday, about 100 of the 600-plus defendants charged in the Capitol riot had already accepted or planned to enter into plea agreements. The committee has been soliciting testimony from some of the rioters who have already pleaded out, an effort to obtain testimony about their motivations for attending the Jan. 6 events.