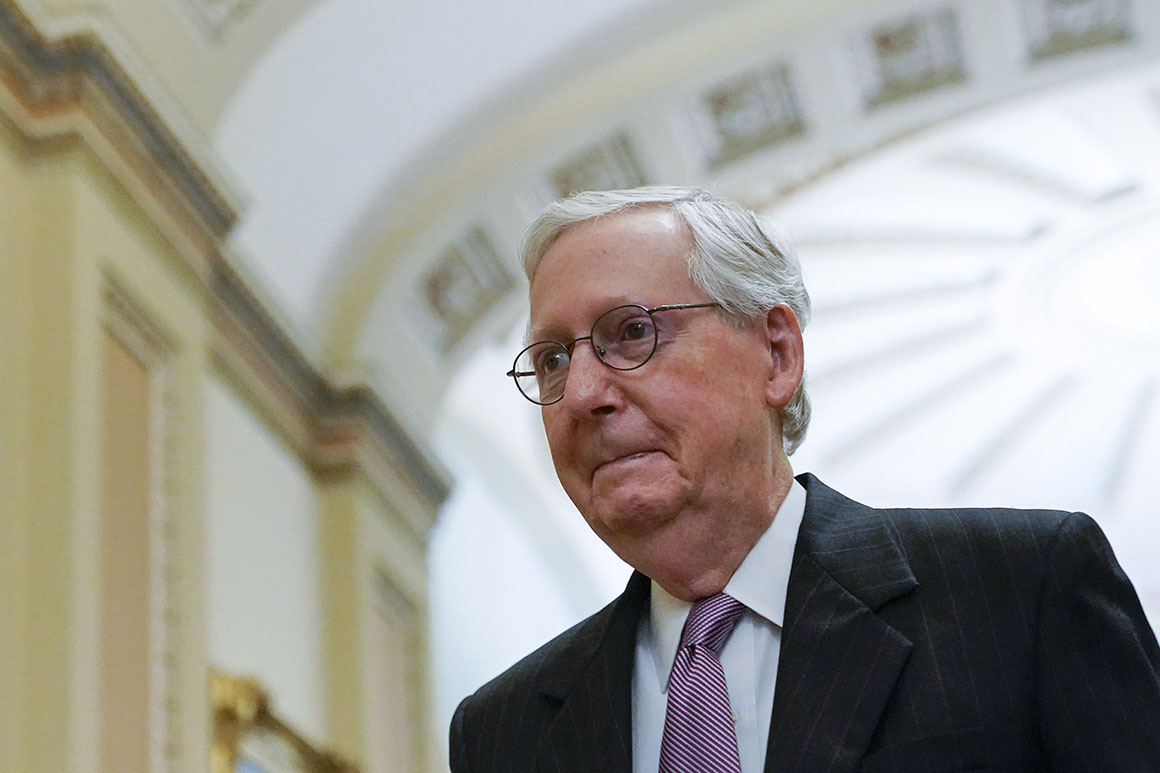 The Senate minority leader on Monday morning prodded the president to talk his party into raising the debt ceiling without the GOP, the first step in what may become a complicated back-and-forth. McConnell has warned for months that he won’t supply the votes to raise the nation’s borrowing limit even as the risk of a U.S. default spikes, and he reiterated in a new letter to Biden that he won’t help Democrats out of the jam.

“I respectfully submit that it is time for you to engage directly with congressional Democrats on this matter,” McConnell told Biden in his letter, a copy of which POLITICO obtained. “Your lieutenants in Congress must understand that you do not want your unified Democratic government to sleepwalk toward an avoidable catastrophe when they have had nearly three months’ notice to do their job.”

The letter, delivered to the White House on Monday, also cites Biden’s past opposition to debt increases while in the minority. McConnell summarized it this way: “The president’s party had to take responsibility for a policy agenda which you opposed. Your view then is our view now.”

The president and the Senate GOP leader jointly helped avert fiscal catastrophe several times when Biden was vice president due to their long-running relationship and mutual trust. Yet the two aren’t even speaking to each other as Congress approaches a calamitous fight over the debt ceiling. Monday’s missive and Biden’s speech about the debt ceiling later Monday amount to their first real communication on the most perilous deadline Congress will face this year.

The two leaders have bragged for years about their close working relationship. When Biden campaigned for president, he did so as a leader who could reason with an oft-obstinate McConnell. And just a few months ago, McConnell shocked all of Washington when he endorsed Biden’s infrastructure deal.

Now, at perhaps the most critical time, the two aren’t even trying to negotiate. McConnell wrote to Biden that Senate Majority Leader Chuck Schumer and House Speaker Nancy Pelosi’s reluctance to tackle the debt limit along party lines “is not an excuse; it is just a complaint.” He also said he will not provide a “shortcut around procedural hurdles they can clear on their own.” 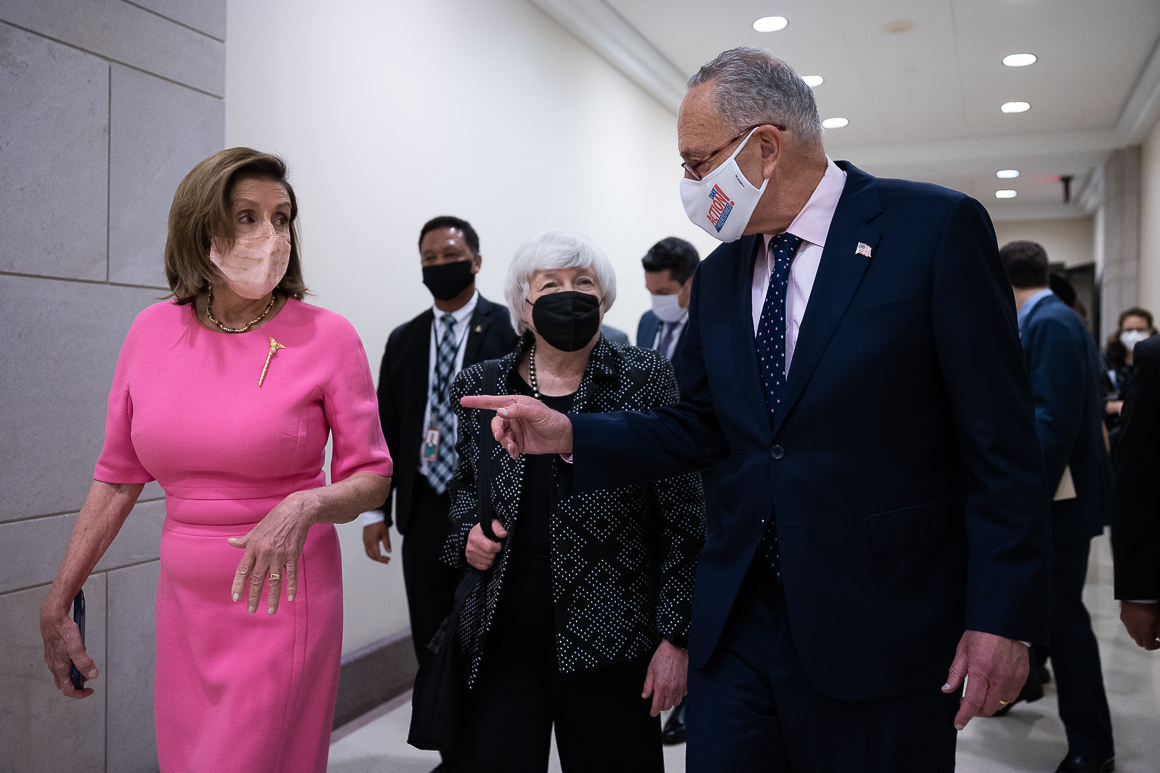 Sen. Chris Coons (D-Del.), a close Biden ally, said McConnell’s position “has to stick in the president’s craw. This is something that’s been routinely done. There’s been bipartisan cooperation about working together to raise the debt ceiling, dozens and dozens of times.”

The president is set to give a speech on Monday morning on the importance of raising the debt ceiling after McConnell’s conference blocked a proposal to do so last week. The Kentucky Republican, meanwhile, says he doesn’t take it personally that he and Biden aren’t in touch.

“The reason we’re not talking much is because of what they’re trying to do. I’m not offended by that. We don’t have anything to talk about right now. He’s got his hands busy, with Manchin, with Sinema,” McConnell said in a recent interview, referring to negotiations over Biden’s partisan social spending plan. “That doesn’t mean we have a hostile relationship. It’s just that there’s no business to be doing with them right now.”

As for whether Biden has picked up the phone to dial McConnell on the debt ceiling, he responded: “No. And I’m not ambivalent about that.”

As he focuses on saving his domestic spending and tax plans, Biden has sided with Schumer, who says he simply will not raise the debt ceiling with all Democratic votes through the arcane budget reconciliation process, as McConnell has demanded. Democrats say it takes too long and that the GOP should just not filibuster.

But in the process, the price tag for Biden’s social spending package has taken a major hit from the $3.5 trillion that Democratic leaders wanted, somewhat hampering Republicans’ arguments about the excess of a bill that large.

For now, it’s impossible to predict who will blink in the debt limit standoff. The country may run right up to the brink of catastrophe in the coming weeks as a mid-October deadline to lift the debt ceiling draws near.

“I don’t understand what point McConnell’s trying to make now,” Coons added, referring to the GOP leader’s disinterest in allowing a simple majority vote instead of the more complex budget reconciliation process. “I don’t know whether our president will be able to move him.” 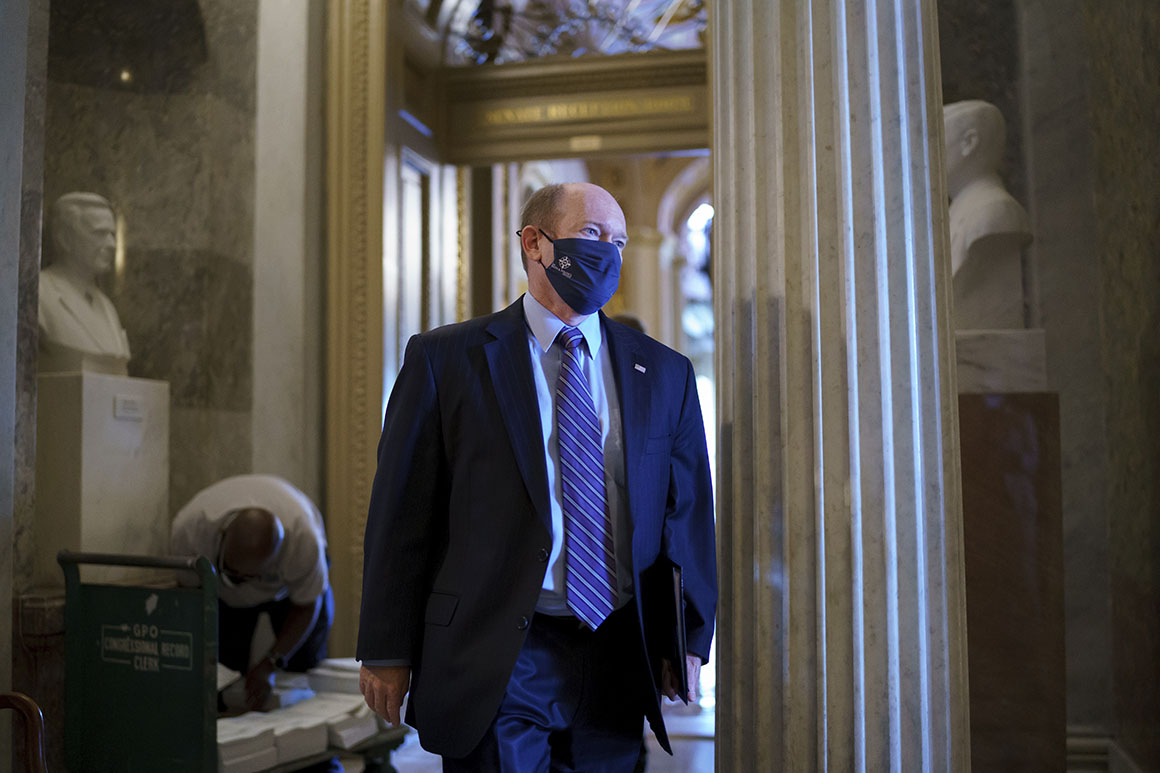 As Biden and Democratic leaders focus on expansive and transformational government investments in health care, education and climate action, McConnell is making a risky bet that Democrats will fold under pressure from Biden as the debt deadline draws near. That will occur in just two weeks, according to Treasury Secretary Janet Yellen. Raising the borrowing limit through reconciliation would take Congress at least a week, according to budget experts.

The president and the Senate minority leader worked together to avert default in 2010 and avoid the fiscal cliff of 2012, when a host of tax cuts were set to expire. But unlike those past collisions, McConnell and his Republican colleagues have no policy goals they want enacted as a condition for suspending or hiking the debt ceiling. Rather, the GOP wants Biden and Democrats to drop their push for expanding the safety net, raising taxes on the wealthy and taking action on climate.

Biden’s reached out to Republicans beyond McConnell; he called Sen. Susan Collins last week to congratulate the Mainer on her successful proposal to aid victims of directed-energy attacks. But she said they didn’t even discuss the debt ceiling.

“Republicans would vote to suspend the debt ceiling through the end of next year if the president abandoned the plans for this $3.5 trillion [bill],” Collins said in an interview.

The Biden administration, for its part, deployed Yellen to call McConnell on Sept. 15 to reemphasize the economic costs of a potential default. Administration officials familiar with the call described it as respectful but acknowledged it did not seem to sway the minority leader.

There is increasing skepticism within the White House that McConnell and the Senate Republicans will change their position. Even so, the White House is trying to up its public pressure on them with Monday’s speech.

And Democrats say Biden will at least have to try and move McConnell at some point, no matter how immovable the Kentuckian appears. Through his campaign trail invocations of McConnell and other GOP allies, Biden has built a brand as someone who can at least talk to Republicans.

“If anybody could get McConnell to do the right thing, it would be Biden,” said Sen. Tim Kaine (D-Va.). “You could say, ‘Hey, how about this? All of you vote against it, but don’t filibuster it.’”

That’s exactly what Schumer tried earlier last week when he proposed that the Democrats all vote to raise the debt ceiling by a majority vote. But that required unanimous consent from all senators. And McConnell wouldn’t give it.