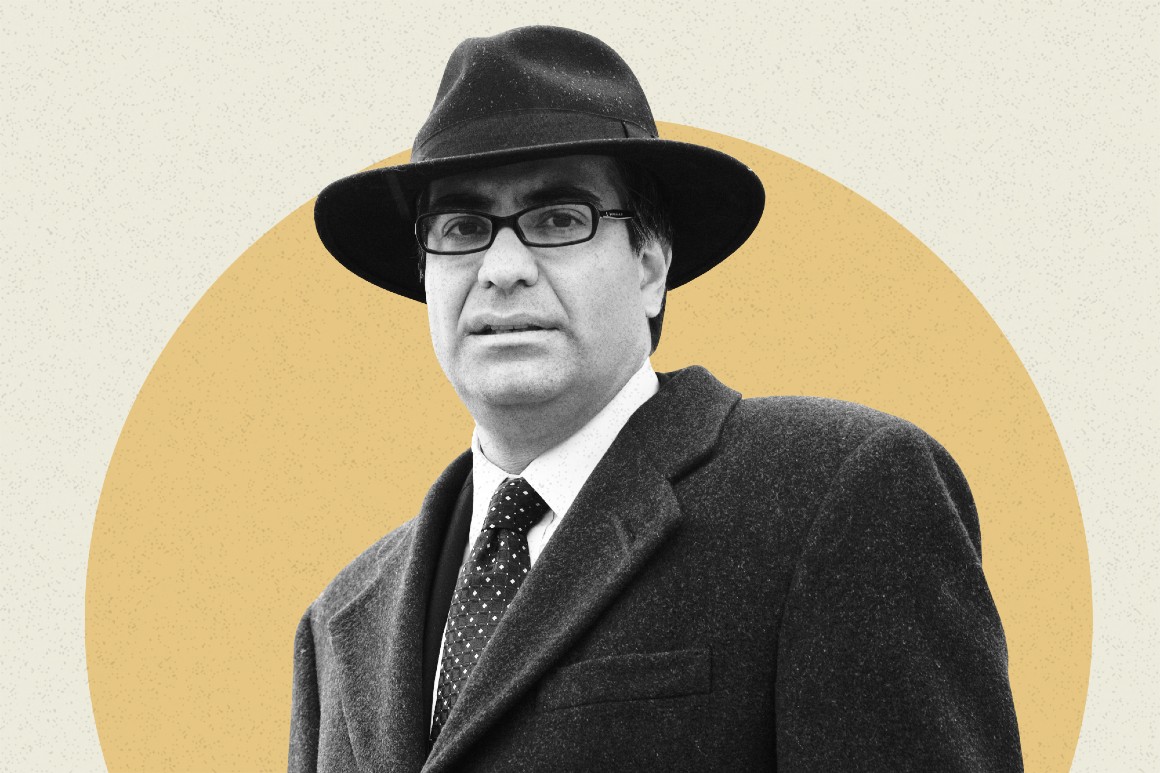 Ivan Adler is nothing if not self-aware. Sitting down at an Irish gastro pub located just a few miles outside Washington, D.C.’s confines, he wore a black and white T-shirt that got straight to the point:

Adler, 56, is not in fact a lobbyist. But his job shares some key similarities. He is a recruiter — one of the top in D.C. — who specializes in plucking lawmakers and staffers off the Hill or elsewhere in government and placing them into jobs on K Street, whether it be trade associations, corporations, law practices or lobbying firms.

The president of the boutique shop Ivan Adler Associates, he calls himself “The Lobbyist Hunter.” His eponymous firm specializes in matching government relations and public affairs professionals with gigs on “K Street….and beyond.” His task is to convince the idealists who descended on the nation’s capital to become public servants that the lifestyle of influence peddling is more laid back and certainly more lucrative. He maintains that “nobody has a gun to their head,” but he is, effectively, the doorman for the revolving door.

“Guilty as charged,” he told POLITICO over lunch at one of his regular haunts, having warned that his voice may be a bit “growly” due to the Red Sox and Patriots games the weekend prior. Like most things with Adler, there was little formality, even for a profile piece. He showed up dressed as if he was meeting an old friend, donning a pair of cargo shorts and a cap with his own name on it.

“Somebody’s gotta do it. It might as well be me,” he said. “I used to laugh when I walk into, like, the bar in Capital Grille, and there were people that know me and are working with me to find a job that, like, don’t wave at me or talk to me when I’m there because they don’t want other people there to know that they’re looking.” 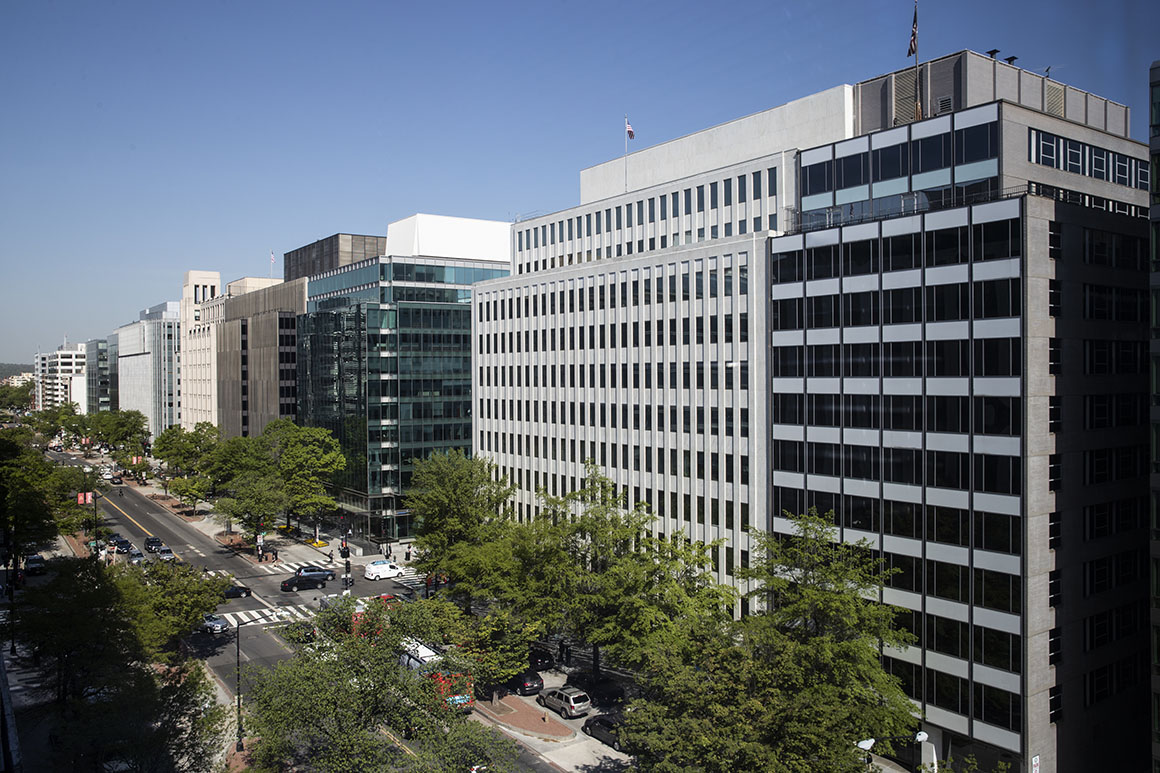 There are other lobbyist recruiters in Washington, but few if any do it with as much bravado as Adler. His name is well-known among lawmakers who are leaving their posts on the Hill for jobs in the private sector. He’s a regular at the city’s cocktail circuit, where he knows how to work a room. He’s so plugged in, he says, that he is sometimes among the first to know a member of Congress is contemplating whether or not to seek reelection.

“He’s part of the swamp, right? He’s part of the, he’s part of the crew,” said Ivan Zapien, a partner and lobbyist at Hogan Lovells. He called Adler a personal “career rabbi” who helped him land at his current firm. The two used to grab lunches at the Palm while Zapien was a Democratic Hill staffer, and chat about his potential exit. Adler, he maintained, does not convince people to leave the Hill; rather, he “facilitates” their departure.

Adler claims to be well compensated for this work, though it’s tough to tell. With about six or so hires each year, Adler says he makes a usual rate of 25 percent of the job candidate’s annual salary (paid by the hiring organization). Beyond his schlubby appearance, his modest two-bedroom apartment suggests he lives a lifestyle more akin to the Hill aides he tries to lure to K Street than a K Street denizen himself. There was, what appeared to be, a lone red solo cup on his coffee table and some flowers in a Tito’s handle on his countertop, beside a sign that reads: “Alcohol because no great story ever started with someone eating a salad.”

It can be difficult at times to figure out where the projection ends and the reality begins. Adler is a perpetual name dropper. He referred to Sheldon Adelson, the deceased Republican mega-donor, as “Shelly,” and boasted of a client list that includes dozens members of Congress. And yet, lawmakers who responded to requests for comment from POLITICO did confirm many of his assertions. The list of congressional alums whom he has advised or placed at firms include former Sen. Doug Jones (D-Ala.) and former Reps. Albert Wynn (D-Md.) and James T. Walsh (R-N.Y.), among others. 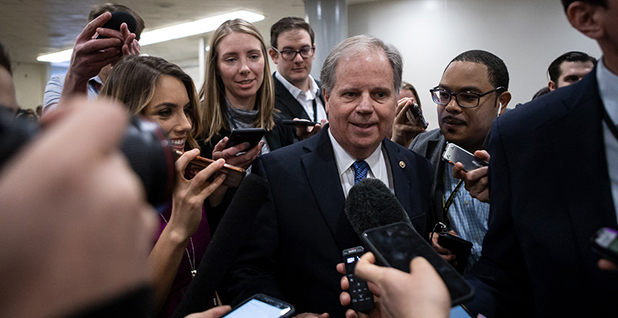 “There’s a lot of people that stay 20 years, and they retire. My argument is, what are these people supposed to do?” Adler asked. “Do you expect them to go and do something, do you want to force them to do something else? I mean that’s just what, it’s just their job. That’s how I think about it. I don’t look at it as unethical.”

All of this makes Adler a rather unique Washington character. At a time when most people shun the This Town persona, he plays it up. He is an unapologetic purveyor of the revolving door between the Hill and K Street, itself among the most controversial but everlasting elements of Washington’s dark underbelly. To many observers, it’s everything that’s wrong with politics: a constant flow of personnel from posts where they make laws to ones where they try to change or take advantage of the laws they helped craft. But to Adler, it’s been a woefully misunderstood opportunity.

He argues that staffers in the public sector are often overworked; that they leave their jobs because of burnout and find solace at higher-paying gigs on K Street. And, to a degree, political leaders agree with his assessment. They just have different solutions. House Speaker Nancy Pelosi announced this past summer that House aides could now make as much as $199,300 per year — potentially more than some lawmakers — in an effort to combat the brain drain.

For Jeff Hauser, director of The Revolving Door Project, a group that works to combat corporate special interests, Adler isn’t the problem, he’s a “symptom” of it. Noting that former congressional staffers are hardly social pariahs to their former colleagues when they leave the Hill for lobbying gigs, he added: “It’s inevitable that there will be people helping — unabashedly helping — people revolve out of congressional service and into corporate service.”

Adler grew up in a Kosher household in Winchester, Mass. to a mother who worked as a teacher and a father who sold paper products. As a student at George Washington University, he dreamed of working on the Hill. And after a brief stint working for the Tennessee Valley Authority, he got a gig driving then-Sen. Al Gore’s car while the Tennessee Democrat ran for president in the late ’80s.

When Gore lost and the staffer whom he had briefly replaced returned from the campaign trail, Adler was out of a job. He no longer wanted to work in government, citing the long hours and tough work. Instead, he landed a gig at PR Newswire, a press release distribution service, but grew tired of the job. A fraternity brother suggested he look into a headhunting firm, where he went on to work on the technology team (Adler repeatedly claimed that he was the best employee in the country or company at these jobs).

“People were just a bunch of geeks,” he said of the software engineers and tech professionals he helped recruit.

While he toiled away, his then-wife had an altogether different existence. She was a lobbyist at the time for the Distilled Spirits Council, meaning that, among other things, she had access to quality booze. Meetings there included a full bar with “top shelf stuff,” as Adler recalled. Naturally, he wanted in.

So Adler began recruiting lobbyists at The McCormick Group, an Arlington-based staffing and recruiting firm. Like his wife’s colleagues at the Distilled Spirits Council, those guys were far more fun than the nerdy tech professionals. Including his time as a tech recruiter, he stayed there for 23 years before starting his own shop in 2019.

The first year, with a burgeoning pandemic, was tough. He brought in very little at the start, Adler said. In fact, his accountant told him he needed to borrow money from his 401K. Now, it’s largely back to business as usual, he insisted.

Over time, he developed a method for luring staff on the Hill to the Dark Side. He’d call a Hill staffer at their direct line and pitch them on the private sector job. There was no need to play up the salary, Adler said, because everyone understood it would be a raise. Sometimes, the staffer wasn’t interested. In those cases, he’d gather information on what it would take for them to leave and names of other staffers to target. Other times, the staffer would ask to exchange cell phone numbers so that the two could speak that night, outside the ear shot of colleagues.

If they say, “Can you hang on a second, I want to close my door,” or “Can I call you back from my cell phone,” you know they’re interested, said John Hesse, Adler’s longtime associate and self-described apprentice.

Those were the small fish. For lawmakers, the process is a bit different. Wynn, the former Maryland representative, was introduced to Adler through his chief of staff after he lost the 2008 primary, he said. Adler served as an adviser of sorts to Wynn as he navigated where he would land next. The congressman ultimately resigned during the lame duck period, prompting a special election, and signed with the firm Dickstein Shapiro (he was connected through an old law school classmate, he said, although Adler maintains that he was still paid).

Jones, the Alabama Democrat who lost to Republican Tommy Tuberville in the 2020 election, got connected with Adler through a mutual friend. The two did not begin talks until after he left office, Jones said, once he had a better idea of what he wanted to do with his professional life after the Senate and once he realized that a position in the Biden administration — namely attorney general — would not materialize. 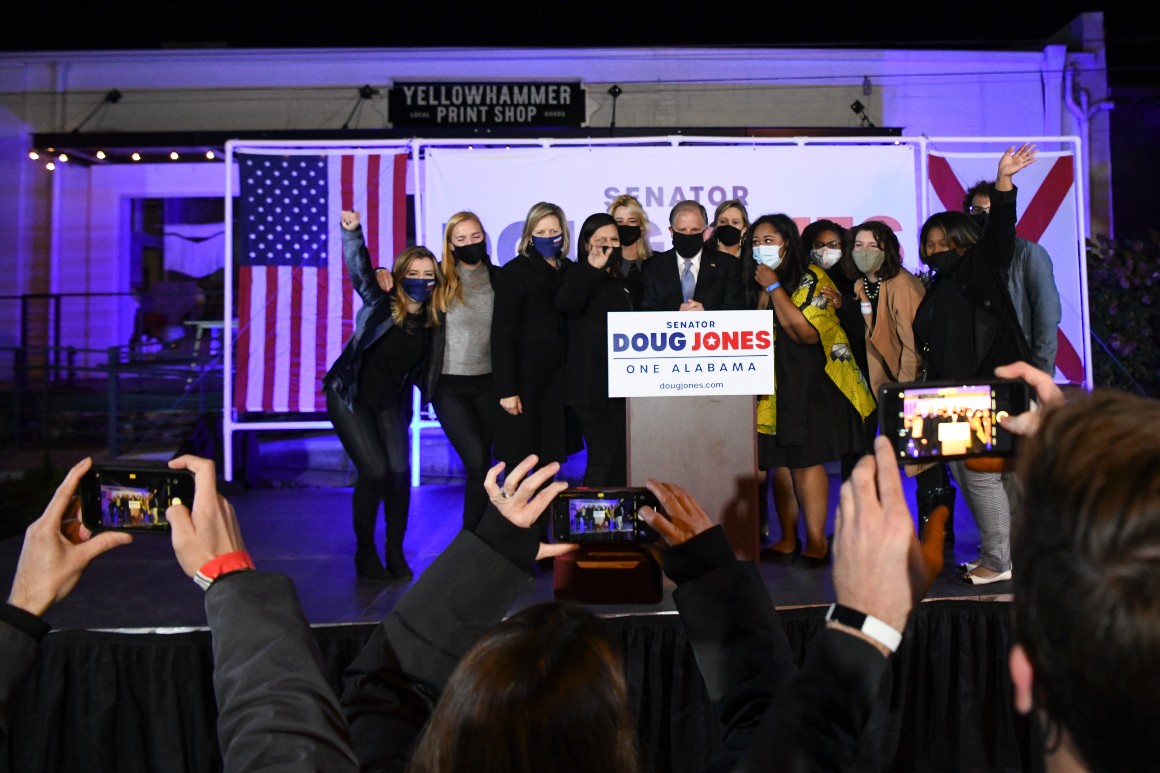 The former senator had some “unique limitations” that he declined to explain when it comes to the kind of lobbying that he would do. He spoke with a few different headhunters but settled on Adler, citing a level of comfort and a gut reaction that he could not quite describe.

As Jones’ anecdote highlights, it’s not exactly clear what draws Washington insiders to Adler. Walsh, the New York Republican, and Bart Stupak, a former Democratic congressman from Michigan, both said they have recommended Adler to other members of Congress. Walsh also noted that Adler advised him on compensation.

He also works the firms directly. Lobbyists from K&L Gates, Holland & Knight and Hogan Lovells confirmed that they had consulted with Adler on searches or potential hires.

He views his profession as a philosophical calling, describing lobbying as a “protected” form of speech that fell firmly under the First Amendment. But like the Hill aides he courts, it’s the promise of being part of the fabric of Washington’s intrigue and the shoulder-rubbing of elites that entices him too. Part of the fun of the job is hoarding the secrets of K Street insiders, he said, like when someone is fired for a moment of drunken stupor. The draw, in part, of the kind of work he does is the gossip. That seems to be a throughline for Adler: he always wants to be in the know.

His email signature: “Everything good in life begins with a conversation.”