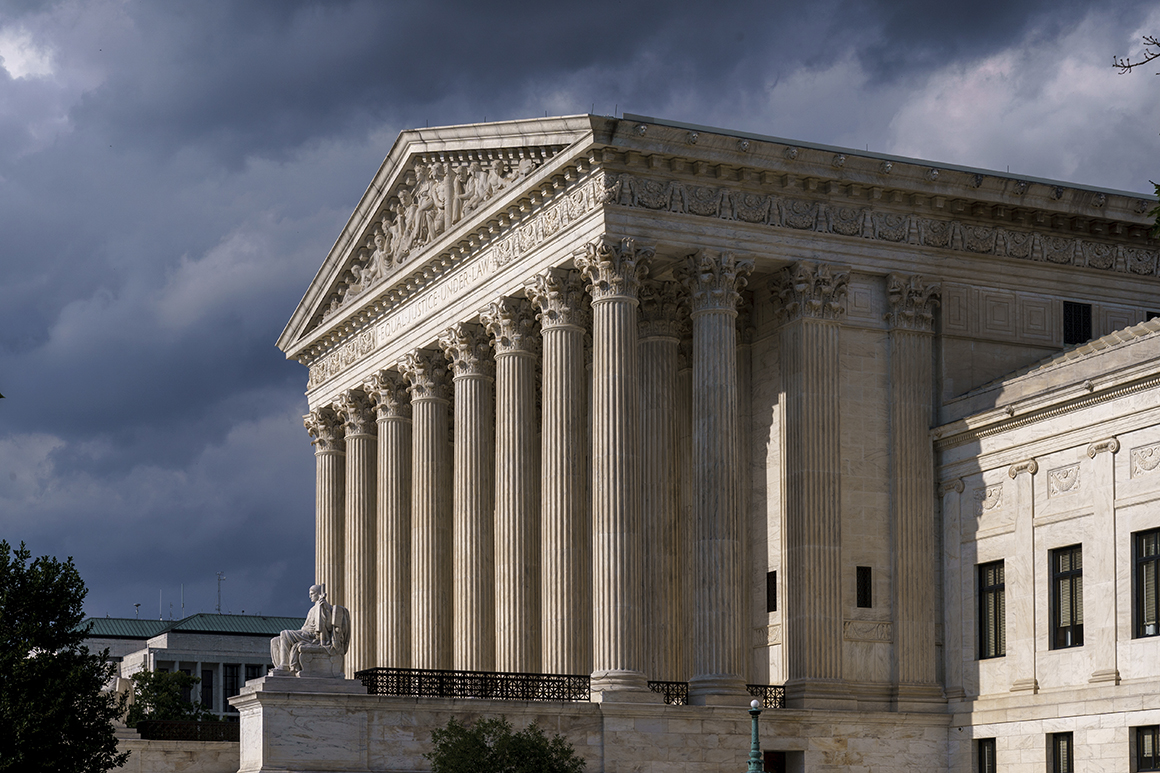 The Supreme Court Building has stood at 1 First Street since 1935, a nameless monument in a neighborhood that includes many buildings named after historical figures, like the Thomas Jefferson Building and the James Madison Building, part of the Library of Congress. The building’s lack of identity can sometimes seem to mirror the opaqueness of the institution itself.

Both the edifice, and the court it houses, need a story to help Americans make sense of them.

Congress should name the Supreme Court building after Justice John Marshall Harlan — not in spite of his opposing both Lincoln’s Emancipation Proclamation and the 13th Amendment before becoming the greatest defender of racial equality in court history, but because of it. He, of all the justices in U.S. history, shows how an intense and unfaltering faith in the Constitution can chart a path to enlightenment.

Harlan is a hero to many, if not most, constitutional lawyers. Justice Thurgood Marshall, the first Black justice on the Supreme Court, is said to have “admired the courage of Harlan more than any justice who has ever sat on the Supreme Court.” In his lowest moments as the lead attorney for the NAACP Legal Defense Fund, Marshall renewed his courage by reading Harlan’s 1896 dissent in Plessy v. Ferguson, the SCOTUS decision allowing segregation in the United States. Marshall believed that Chief Justice Earl Warren’s 1954 opinion in Brown v. Board of Education — the case that overturned Plessy by declaring segregation illegal and that Marshall himself argued — was secondary at best. As Marshall saw it, according to a colleague, “Earl Warren was writing for a unanimous Supreme Court. Harlan was a solitary and lonely figure writing for posterity.”

Why name the building at all, you might ask? After all, the White House and the Capitol haven’t been named after historical figures either. Instead of tying the seats of our branches of government to any one person’s legacy, the United States has chosen to keep them anonymous, communicating their meaning and purpose through the example of successive generations instead.

But, at least when it comes to the Supreme Court, that’s not working. The American people are losing any shared sense they ever had of what the Supreme Court stands for and what it should represent. Today, approval of the Supreme Court is at a historic low. The building’s symbolic anonymity — like the robes that the justices wear — is no longer the source of strength it was.

Our country is revisiting our history. We are wrestling with how we should tell that history and who we should honor. We struggle today with how to talk about Thomas Jefferson, who wrote that “all men are created equally” as he held men in chains. Or whether we should celebrate Alexander Hamilton, who fought for the ratification of a Constitution that counted enslaved people as merely three-fifths of a person. Or how to think about the Supreme Court as an institution that is meant to ensure justice and yet once held that none of the rights or privileges of American citizenship could be bestowed upon even free Black people.

Harlan embodies that struggle. As described in Peter Canellos’ recent biography, The Great Dissenter, Harlan was born to a slave-owning family in Kentucky, the son of James Harlan. (Canellos is an editor at Politico.) Before John was born, an 8-year-old boy and his mother showed up at James Harlan’s house. There are rumors that the boy was James’ son, but all we know for sure is that James took in the mixed-race boy — who was named Robert Harlan and would go on to become one of the most prominent Black Americans of his day — sold the boy’s mother down South, and ensured that Robert received an education alongside John and his other children.

From then on, Robert’s and John’s stories became inextricably linked, and they are as painful as they are redemptive.

In the years before the Civil War, as a budding politician blessed with all the privileges of growing up in a prominent family, John Marshall Harlan believed that preserving the union was paramount — and that abolishing slavery was not. He campaigned for the Know-Nothing Party despite their virulently anti-immigrant and anti-Catholic platform mostly because they were not abolitionists or secessionists. He was instrumental in keeping Kentucky from joining the Confederacy and fought in the Union Army, but criticized President Abraham Lincoln’s war time measure emancipating all slaves in rebel states.

In the aftermath of the war, Robert Harlan thrived as a wealthy, cosmopolitan, self-made Black man in Ohio. Friends with President Ulysses S. Grant and politically influential within the Republican Party, he — alongside Frederick Douglass and P.B.S. Pinchback — strove to create opportunities for Black communities. But as federal occupation of the South became politically untenable and the Ku Klux Klan, mob lynchings, and full-throated, legally mandated segregation took hold, the future Robert Harlan envisioned for Black America began slipping away. Meanwhile, the man he was raised with — John Harlan — was being considered for a seat on the Supreme Court. When wary Republicans doubted John’s commitments to the postwar civil rights amendments, it was Robert who used his political connections inside the Rutherford B. Hayes administration to vouch for John. Just six days after Robert assured John he would get the nod, Hayes submitted John’s nomination to the Senate Judiciary Committee.

After he made it onto the court, Justice Harlan and his wife became the ultimate Washington insiders. She was a confidant of first lady Lucy Hayes and threw regular cocktail parties attended by hundreds of Washington’s most elite. He was a favorite guest lecturer at what would become George Washington University and the D.C. Bar Association, known for his good looks, athletic abilities, buoyant humor and colorful storytelling.

But when it came to his job on the Supreme Court, John Marshall Harlan stood alone. In case after case, Harlan dissented. Despite his wavering political positions before joining the Court, Harlan wrote clearly time and again that continued racial injustice and inequality was an existential threat to the Constitution. When the court struck down the 1875 Civil Rights Act that had guaranteed Black Americans access to railroads, inns and theaters, he dissented. When the court undermined the ability of the government to break up illegal monopolies, he dissented. And when the court decided that purportedly separate but equal railroad cars were constitutional, no other justice joined when he wrote “in the view of the Constitution, in the eye of the law, there is in this country no superior, dominant, ruling class of citizens … all citizens are equal before the law.”

One of his dissents prompted a letter from Douglass in 1883 in which Douglass reminded Harlan that “one man with God is a majority.”

As a new mother, I think about Harlan differently now. I used to admire his courage and his clearness of purpose. It felt like he was speaking through the decades to those of us sitting in our law school classrooms. But now I think about how to raise a child to be both in and of his time and yet be able to see so clearly what everyone around him cannot. He stands for the idea that anyone can find truth regardless of the circumstances of their upbringing, that it is never too late to change your mind, and that one person’s voice can move us that much closer to fulfilling the promise of the American experiment.

At first, Harlan argued to preserve the union at all costs. Then he fought in a war to maintain it. And after the war, when he saw that the poison of racism and segregation were once again set to destroy his beloved country — knowing that he could not persuade his contemporaries of what he knew to be true — he wrote to all of us instead. He was not perfect. You can find in his writings any number of things to object to. I do not defend them.

But is it not also fitting to recognize — to lift up as an example to our children — those who changed for the better? When we think about our history, we are right to honor those whose very lives stood for justice and mercy and inerrant wisdom. But what about those who struggled to find the right answer and grew? And those who — when they were lonely in their convictions — refused to go along with the crowd?

In this moment when we finally have the political will to tear down monuments to Confederate traitors, may we not also build them to complicated union heroes that remind us that our Supreme Court’s history may be filled with disappointments and failings but that there are those who will stand alone to bend its moral arc toward justice?