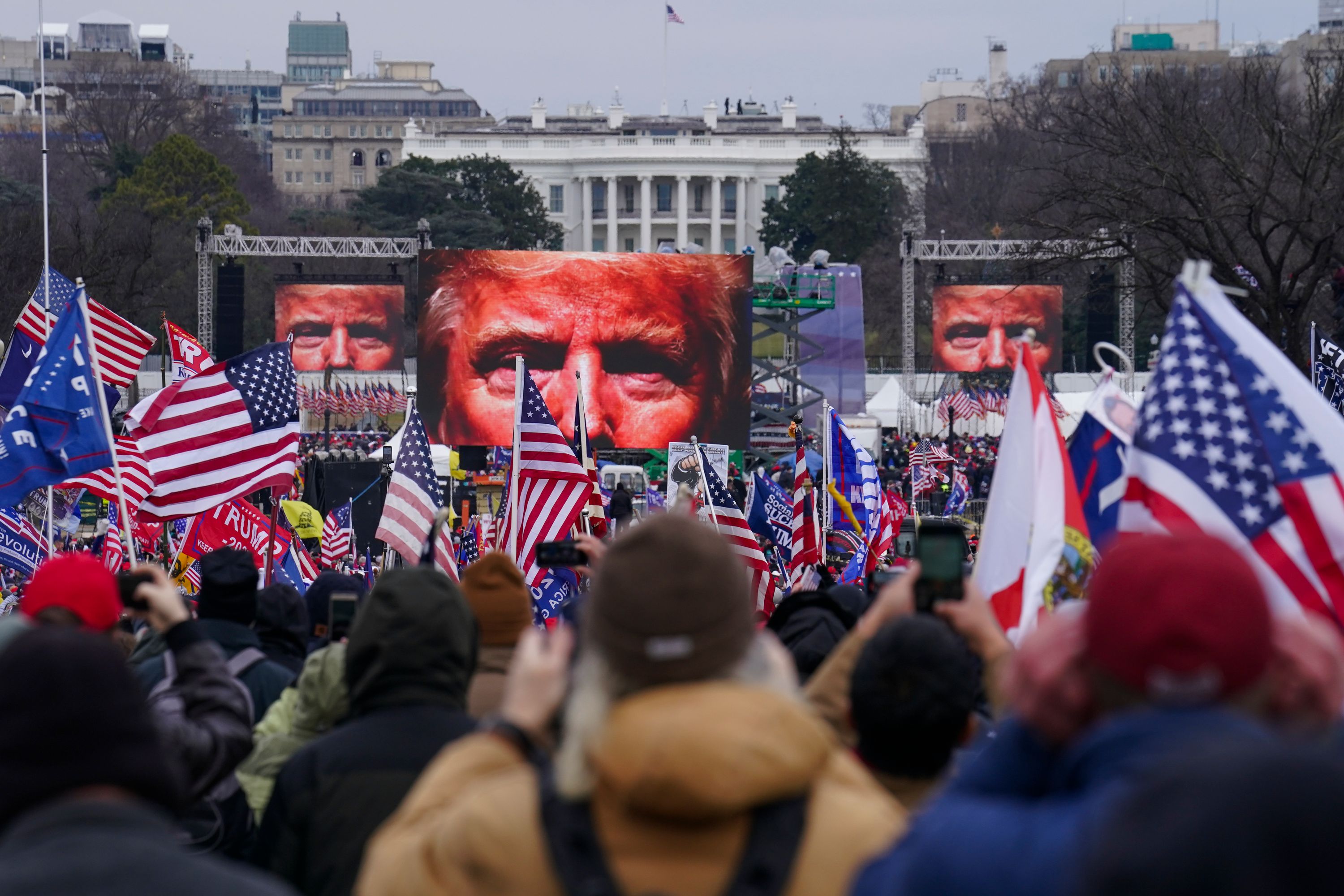 The select committee investigating the Jan. 6 insurrection faces a potentially fatal roadblock: The committee wants to see a wide range of Executive Branch records and communications, presidential papers that could prove or disprove the reports that Donald Trump fully intended to undermine a fair election that he lost. And Trump, ever litigious, is going to court to stop the White House from sharing them.

Trump is a master of using the courts to his own advantage, particularly as a stalling tactic, and this move could pay off more than one way. Even if Trump’s constitutional claim of executive privilege over those papers completely fails — and it’s legally tenuous, at best — simply filing a lawsuit could delay things long enough to knock any disclosure into 2022 or beyond. By the time of any resolution, the Democrats may have lost Congress and the matter could simply vanish.

That means the select committee and the White House must think creatively — and do so now — to ensure they get full access to the information they need. Fortunately, there are at least two paths to this end: one running via the courts, and the other through Joe Biden’s office. Either approach will ensure Trump can’t use the legal process strategically to thwart the rule of law and will steer the probe away from the morass that so often dooms congressional oversight.

Legally speaking, there’s little to debate about Trump’s constitutional claim to his papers. His argument is, in fact, pretty weak.

In 1977, the Supreme Court recognized the limited scope of former presidents’ constitutional interest in their confidential papers. Explaining why Richard Nixon, who brought the case, lost, the Court explained that “the incumbent President” was “in the best position to assess the present and future needs of the Executive Branch,” and hence “to support invocation of the privilege.” That is, even if a former president has an interest in the confidentiality of his or her official papers, it’s up to the incumbent president to decide on how and when that interest is honored.

This remains the law. Indeed, a 2009 executive order, which Trump never changed, plainly puts the Oval Office incumbent in charge of disclosure decisions (and denies former president any right to sue). Even if Trump is correct that some documents are privileged, whether and how that confidentiality interest is overridden is simply not up to him. And Joe Biden’s administration has already refused to go along with Trump’s invocation on a first set of documents.

Incumbent presidents rightly exercise this power because they work under an oath to the Constitution; former presidents are no longer covered by the same oath. Incumbents are also privy to information about the downstream effects of disclosures that former presidents do not have. As a result, the Supreme Court explained in 1988, incumbents have wide-ranging power to “classify and control access to information bearing on national security” given “constitutional investment of power in the President.” As Chief Justice John Roberts explained in upholding Trump’s travel restrictions from majority-Muslim nations despite the former president’s stated anti-Muslim reasoning, there is a constitutional gap between “a particular President” and “the authority of the Presidency itself.”

Given that Trump’s constitutional claim to control disclosure is so weak, why should there be a worry about the House committee’s trajectory? The problem is that litigation between Congress and the executive over disclosure has become so protracted that it can be used to run out the clock on a legislative inquiry, even absent a meritorious claim.

For example, three House committees first sought financial records from Trump and his family members in April 2019. The Supreme Court heard the ensuing legal challenge in May 2020, and decided against the president in June 2020 (more than 450 days after the subpoenas were first issued). A district court ordered some disclosures this August (another year later), and yet it still remains unclear whether anything much has been ponied up.

Even Nixon’s notorious White House tapes, which were famously the object of litigation in 1974, were not fully disclosed until … 2013. The original suit didn’t lead to timely exposition of everything.

The idea that justice delayed can be justice denied, of course, is nothing new — Charles Dickens wrote a whole novel about it in 1852. But in this case, the White House has two tools to mitigate the problem without disrespect to the federal courts or the rule of law.

First, the judicial process doesn’t have to slow. Churches seeking an injunction against Covid restrictions have been quick to obtain injunctive relief from the Supreme Court. Within weeks, landlords challenging the recent nationwide eviction moratorium issued by the Centers for Disease Control were able to get that measure struck down.

The Justice Department can seek expedited resolution of the constitutional question by seeking declaratory relief against the former president in the D.C. District Court, and then request ‘cert before judgment’ to get high court review quickly on the bounds of Article II authority.

The Supreme Court’s so-called shadow docket of expedited litigation has come in for considerable criticism, but in this case, a speedy legal process — especially when delay itself threatens the rule of law — is clearly warranted. The shadow docket hasn’t always been controversial. No one, for example, complained when litigation from the 2009 Chrysler bankruptcy was considered on an expedited basis in the high court. So too here.

Of course, the Roberts Court might not play ball: No doubt, some smart law clerk can conjure a reason why realtors, but not the president, deserve speedy justice.

A second option for Biden would be to leverage the president’s broad authority under Article II of the Constitution to decide whether and how to release classified material — i.e., not just whether to hand over a record, but over whether and how to keep specific facts confidential. As one Republican senator noted, an incumbent president has the power to “declassify anything at any time.” Here, moreover, Article II authority is at a zenith because disclosure also serves Congress’ Article I interest in effective oversight.

Using his constitutional power to declassify at will, Biden could order his aides to take one of two paths. First, they could review the contested materials, and then disclose portions relevant to the committee’s inquiry with its staff. The disclosure might be constrained by certain rules, for instance allowing committee staffers to examine material only on-site in the White House. Alternatively, an even more conservative approach would be for presidential aides to examine material at the behest of select committee staffers and then share answers with those staffers without showing those staff the underlying materials. The practicality of this latter approach would turn on the exact question being posed.

A precedent for such broad use of the president’s declassification power comes from the Trump years. Famously, as president, Trump employed this power cavalierly to disclose classified information to Russia’s foreign minister and ambassador. Trump also pushed law enforcement and intelligence agencies to declassify details about the Russia investigation. Having so recklessly used that power, he’s hardly in a position to complain about it now.

Both these approaches deal with the profound problem faced by the select committee — not Trump’s constitutional claim to executive privilege, but the strategic use of litigation to deflate the rule of law. And both have the virtue of fitting comfortably within our constitutional traditions in the process.