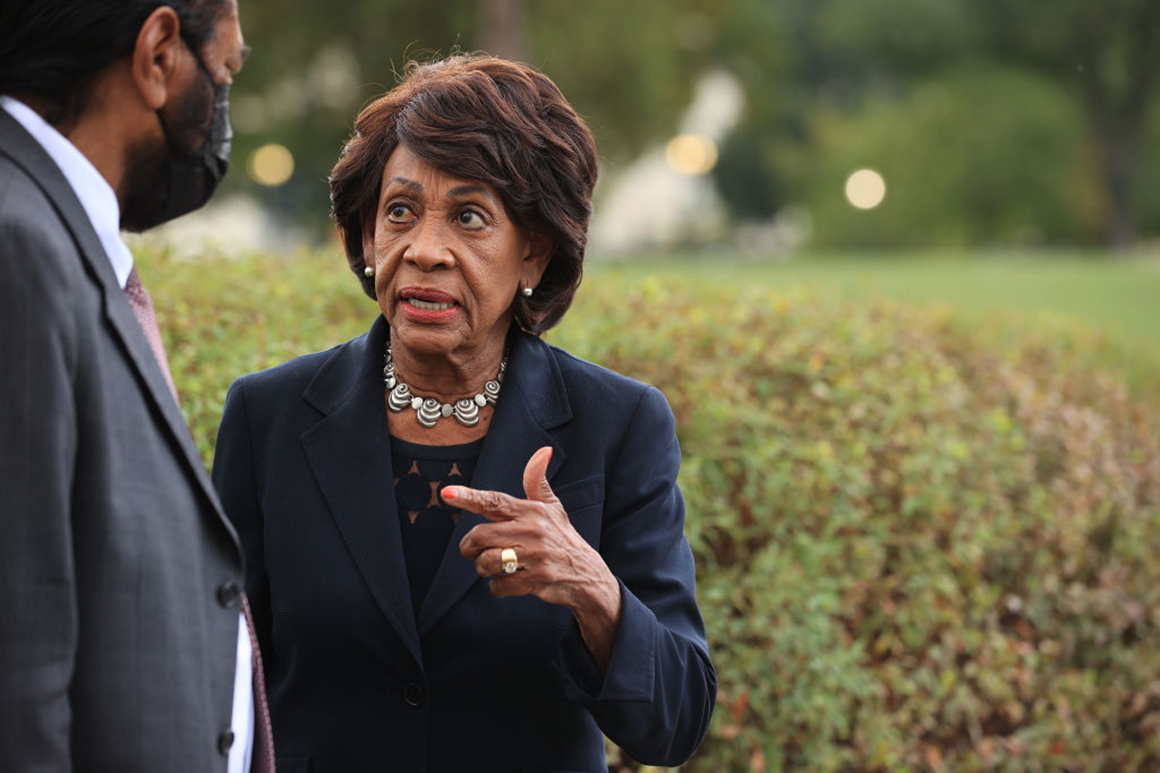 Progressives are gaining traction in a bid to preserve housing funding in Democrats’ $2 trillion social spending package, after negotiators earlier floated plans to slash the aid by two-thirds.

Democratic lawmakers and White House officials on Friday were considering devoting between $150 billion and $175 billion of the bill to housing, according to three sources familiar with the discussions. While it would be a major cut from the $327 billion that was initially proposed, it’s up from the $100 billion level that was on the table earlier this week.

The number ticked up in the last few days after House Financial Services Chair Maxine Waters (D-Calif.) vowed to fight any “deep cuts” to housing money, which she had envisioned would support public housing repairs, rental assistance and down payment aid. Speaker Nancy Pelosi, who had breakfast with President Joe Biden on Friday, has pressed the White House to go along with additional housing funds, according to two sources familiar with the matter. Pelosi’s office declined to comment, but an aide said she had consistently pushed for the highest possible sum for housing priorities.

The White House as of Friday was refusing to go above $150 billion for housing, according to two people familiar with the talks. A White House spokesperson did not respond to a request for comment.

The housing funding is just one of many areas of deep tension among Democrats as they try to scale back what was once a $3.5 trillion bill, after moderates including Sen. Joe Manchin (D-W.Va.) balked at the spending. Democrats are rushing to clinch a deal so that they can put the legislation on the House floor next week.

Biden during a White House meeting with lawmakers Tuesday discussed slashing the $327 billion in housing proposals to $100 billion, sparking resistance from progressives who had fought for the aid. Congressional leaders then asked Waters’ committee on Wednesday to begin drafting policies totaling $150 billion, as housing advocates and industry lobbyists pushed for the top line to go higher still.

The situation remains fluid, according to Capitol Hill aides who cautioned that no numbers would be set in stone until the entire framework was finalized.

Diane Yentel, president and CEO of the National Low Income Housing Coalition, said any cuts “must not be at the expense of housing the country’s lowest-income people.” She led 1,800 advocacy groups in a letter pushing congressional leaders to include more housing funding this week.

“If done well, this could be the most consequential federal housing bill in our lifetimes,” Yentel said. “If done badly or not at all, it will be decades before we have this chance again. There are no savings to be found through cuts to the targeted housing investments — allowing homelessness to persist costs children, families, communities and the country many times over the cost to end it.”

In the latest talks, at least $65 billion would be dedicated to public housing repairs, down from $80 billion in the original proposal approved by Waters’ committee last month, according to a congressional aide familiar with the developing framework. The backlog of repairs to public housing is estimated to cost at least $70 billion, with about $40 billion needed for the New York City Housing Authority alone.

Money for housing choice vouchers — a form of rental assistance for low-income Americans administered by the Department of Housing and Urban Development — is back in play after a hard push by housing advocates. The program would receive between $40 billion and $50 billion under the new framework.

Programs to help first-time homeowners whose parents did not or do not own a home would get about $15 billion. And between $15 billion and $20 billion would go to the National Housing Trust Fund to spur the construction of affordable homes in a bid to ease the supply crisis pushing up housing prices.

“Housing is not a miscellaneous afterthought, a nice-to-have or something that can wait until later: Housing is foundational, and America has waited long enough,” Waters said Thursday at a hearing spotlighting her plan, urging her colleagues to “be bold.”

“Failure is not an option,” she added.