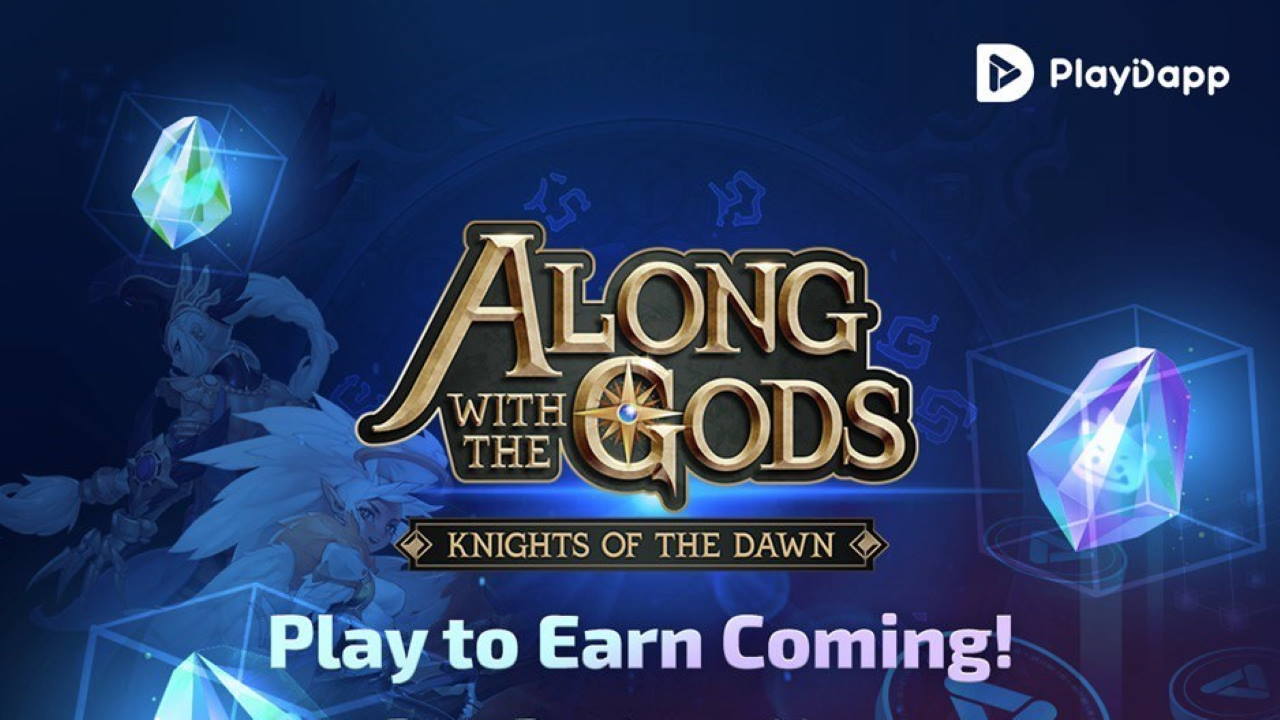 PRESS RELEASE. Fast-rising Blockchain gaming platform PlayDapp has revealed the addition of a Play-to-Earn feature on its flagship game ‘’Along with the Gods: Knights of the Dawn’’. This development is expected to build on the existing features offered by PlayDapp.

Play-to-Earn gaming is a rising phenomenon that has gathered steam in recent months. This is due to the positive benefits, as gamers have more freedom to build the gaming economy and receive rewards for transacting in-game assets.

PlayDapp’s flagship game, Along with the Gods’’ Knights of the Dawn already has massive traction with thousands of gamers competing for rewards in NFTs. Players can earn on the flagship game by collecting Hero and Rune NFTs and selling them to other players for PLA tokens and other cryptocurrencies.

The P2E staking feature on PlayDapp is lossless as gamers receive rewards in PLA tokens while still having control of their staked NFTs. In addition, to ensure the proper transition for gamers, PlayDapp has announced the launch of a P2E pre-staking period starting from October 20th, 2021. This will help players get ready to start earning when the game update releases on October 27, 2021.

Interested players can load their NFTs into PlayDapp’s Item Manager in-game to ensure they can earn from the moment the P2E launches.

PlayDapp is regarded as one of the fastest-growing blockchain gaming platforms and has achieved several milestones since its launch. In recent months, it has established strategic partnerships with top tech and blockchain platforms, including Samsung, Polygon, Chainlink, Portis, Klatyn, and LINE.

PLA token has also witnessed major adoption and is available as a trading token in blockchain games like League of Kingdoms and COMETH. The token can also be traded on global crypto exchanges such as Upbit, Crypto.com, Coinbase, and more.

PlayDapp’s core team consists of persons with vast experience in the gaming and tech industry. Some team members have worked in top platforms like Netmarble, Naver, Microsoft, ItemBay, and NCSOFT, bringing a wealth of knowledge to the gaming platform.

PlayDapp team has revealed that it intends to launch a couple of features and products in the future. Some of these include, Along with the Gods Play2Earn specialized server launch, an SDK plugin launch on Naver Gamepot operation service, migrating to the popular Binance Smart Chain ecosystem, and a PvP tournament system.

PlayDapp is a blockchain gaming platform that operates on the Ethereum and Polygon networks. Gamers can play games to earn NFTs and rewards in PLA tokens. PlayDapp also integrates a C2C marketplace that is the home to all NFTs in the gaming metaverse.

PlayDapp has already launched its flagship game Along with the Gods: Knights of the Dawn, which can be downloaded from the Google Playstore

To learn more about PlayDapp, visit the links below.