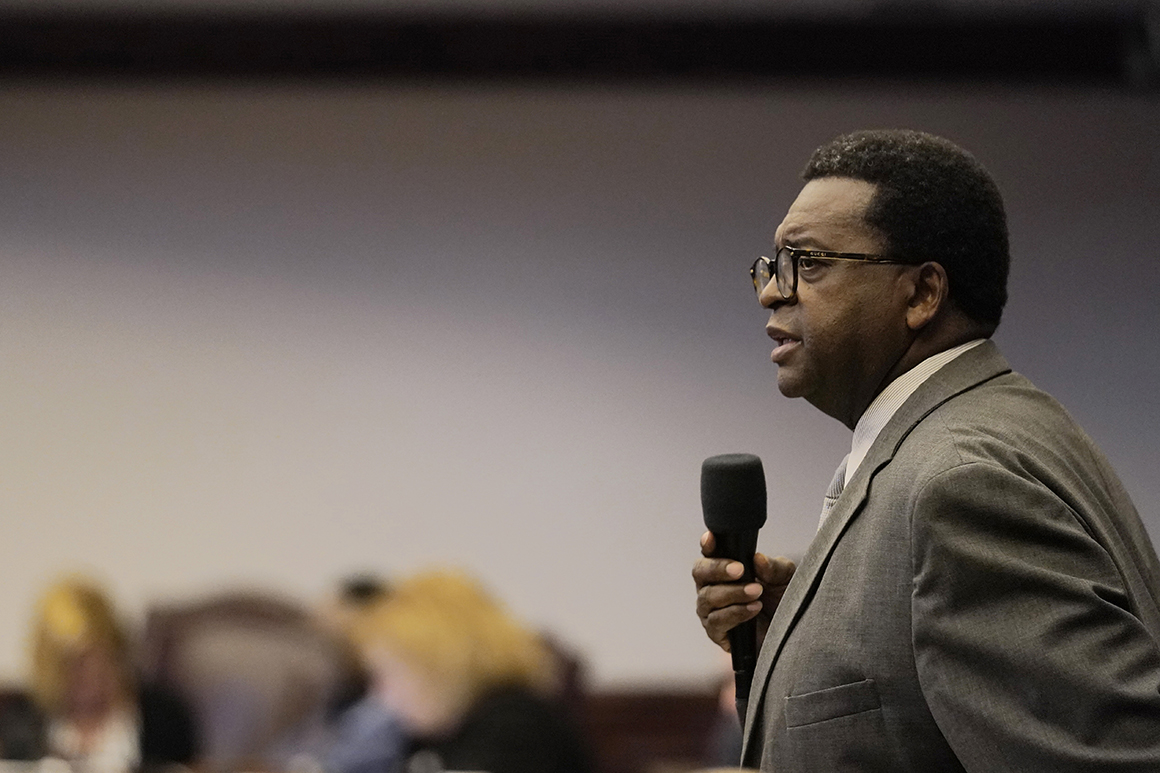 TALLAHASSEE — The late Alcee Hastings held on to his South Florida congressional seat for more than 28 years. His successor may not last 12 months.

The death of the 84-year-old lawmaker in April created a rare opportunity for Democrats in Florida: an open seat in Congress in a majority Black district that is unlikely to undergo major revisions in next year’s redistricting process.

That prospect has sparked a free-for-all, with 11 Democrats — including several state legislators and local elected officials — all jumping into the race for a the seat, which connects several Black cities and neighborhoods in Palm Beach and Broward counties, as well as some nearby farming communities. The winner of the Nov. 2 primary is expected to easily win the January special election. Any number of the Democrats has a shot at victory.

“You are not going to see anyone run away with it,” said state Sen. Bobby Powell, a West Palm Beach Democrat who considered running but opted to back state Rep. Bobby DuBose in the race.

Many observers and some of the candidates are steeling themselves for the likelihood that the election won’t garner a huge turnout — and that the votes will be split between almost a dozen hopefuls. The lead candidate could wind up winning by a few hundred votes.

That leaves open the real possibility that any candidate who loses by a small margin will mount a challenge in the August 2022 Democratic primary. Other candidates who sat out the crowded race this time could also jump into the 2022 contest when the voter turnout will likely be much larger. Powell said he’s already thinking about running in the midterm.

It all makes for an unsettled field at a time when Speaker Nancy Pelosi, facing competing demands from both sides of her party, needs every reliable vote possible in the House as she presses forward on President Joe Biden’s agenda. Democratic leaders face the prospect of not knowing whether there will be a progressive or moderate in the seat in a year.

“It’s a unique election,” acknowledged state Rep. Omari Hardy, a Palm Beach County Democrat and a progressive firebrand who is running for the seat. “It’s a special election, in an off year and it’s coming at the tail end of summer. It’s our jobs as candidates to get our message out to voters. Sometimes it’s easier. But I’m up for the challenge.”

And with such a large field, the same tensions that moderates and progressives face in Congress are also playing out on the campaign trail. Many of those running support “Medicare for All,” and at a forum hosted by the Urban League last week, several candidates loudly attacked moderate Democratic Sens. Joe Manchin and Kyrsten Sinema for refusing to ditch the filibuster and clear the way for voting rights and police reform legislation to pass.

“Some Democrats are really Republicans,” said Emmanuel Morel, a former president of the Progressive Caucus of Palm Beach County who is vying for the seat.

In a district that includes 19 percent of Florida residents who identify as Caribbean American, some of the candidates have also expressed frustration with the Biden administration’s decision to deport Haitians who tried to enter the country at the Texas border. Hardy, meanwhile, has castigated moderate House Democrats such as Florida Rep. Stephanie Murphy over her push to approve a $1 trillion infrastructure package ahead of Biden’s spending bill. Hardy put himself at odds with other Florida Democrats — and Hastings — by announcing this week to Jewish Insider that he would oppose military aid to Israel.

The timing of the special election and the lack of large campaign accounts by most of the candidates means the election has been waged almost one voter at a time, through community forums — many of which have been made available on Zoom — and door-to-door canvassing.

It also means that candidates may have to count on their name ID — and past familiarity with voters — in order to sway voters. Candidates like Broward County Commissioner Dale Holness, who previously served as Broward County mayor, have a distinct advantage over lesser-known challengers.

“When you got 11 candidates, it takes a half-hour to answer one question at a forum,” said state Sen. Perry Thurston, a Fort Lauderdale Democrat running for the seat.

Hastings died in late April following a bout with pancreatic cancer, and Gov. Ron DeSantis’ handling of this special election drew suspicion — and briefly a lawsuit — when the Republican waited 30 days before announcing the timing of the special election. Thurston said DeSantis did so “intentionally” to “deprive Nancy Pelosi” of another vote in Congress.

On Friday, the governor was sued again since he has not set special election dates to replace the three state legislators who are required to vacate their positions to run in the congressional primary. All three have already resigned.

The delay in scheduling an election date means Democrats — already in the minority in the Florida Legislature — will have their ranks further reduced during the 2022 session.

“Governor DeSantis’s failure to call these special elections strikes at the heart of our system of representative government,” said Theresa Lee, a lawyer with the Election Law Clinic at Harvard Law School who is one of the attorneys representing several South Florida voters.

The governor’s office did not respond to questions about the lawsuit.

Lee pointed out that DeSantis has gone 80 days without acting, a time frame that appears to be unprecedented in recent Florida history. She also noted he acted much more quickly when seats held by white legislators were vacated.

“That Governor DeSantis has failed to call a special election for these House and Senate seats held by Black legislators in Black-majority districts is telling and galling,” Lee said.