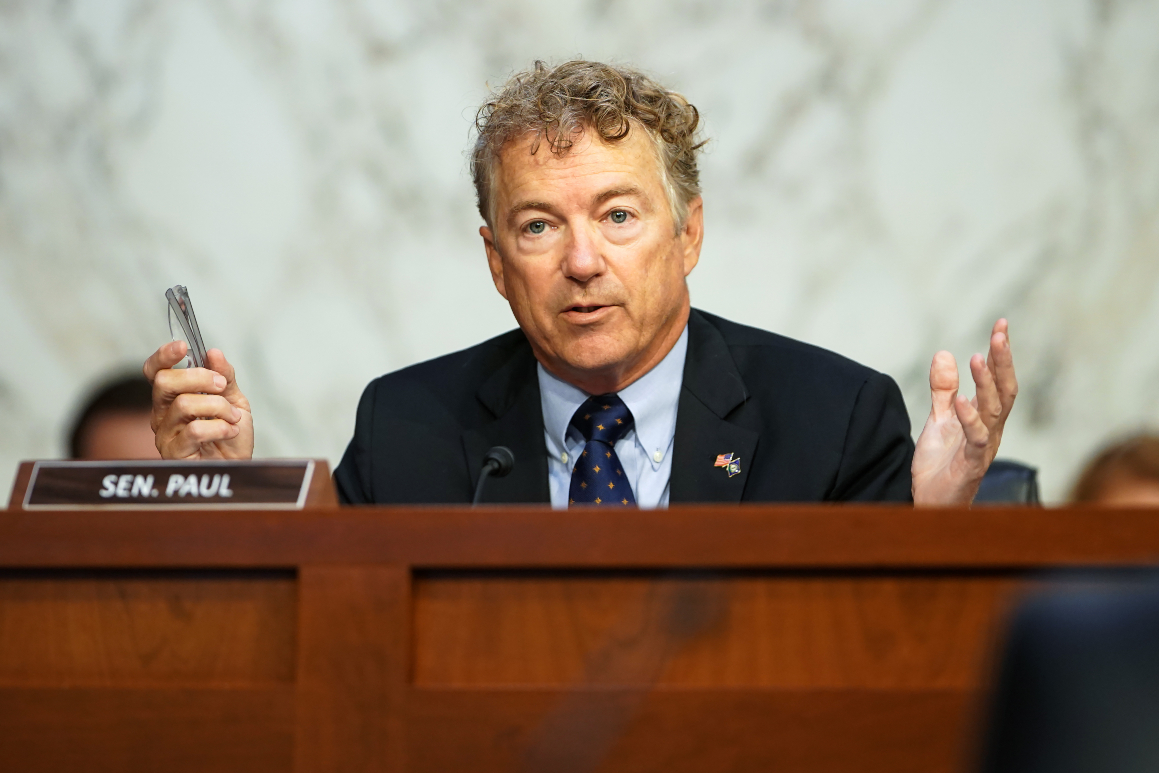 After spending much of the summer portraying Democrats as anti-Israel, Republicans are now in the awkward position of an intraparty feud that’s holding up military assistance to the U.S. ally.

The GOP isn’t divided over whether to fund protection for Israel — all of them, and most Democrats, want to send Israel a $1 billion replenishment for its Iron Dome missile defense system. The schism among Republicans instead centers on how to deliver those funds, with a bill to do just that stalling out as lawmakers fight over who’s at fault.

A small group of progressives nearly derailed the Iron Dome effort in the House, but a lone GOP senator is blocking swift approval of the missile defense funding. And Sen. Rand Paul’s unwavering position is rankling his fellow Republicans, who want to see the bill signed into law immediately — particularly after their party teed off on Democrats this year when many on the left spoke out against the Israeli government’s offensives into Gaza.

“If he won’t lift his hold, we need to just use the legislative process. There’s probably 90-plus votes for this,” a frustrated Sen. Lindsey Graham (R-S.C.) said.

Oklahoma Sen. Jim Inhofe, the top Republican on the Armed Services Committee, said the GOP-led holdup is making it more difficult for him to advocate for military aid to Israel that’s usually a non-controversial exercise on Capitol Hill.

“This would be one thing that I can’t imagine any member creating a problem,” Inhofe said of the Iron Dome, the highly effective system that prevents militant groups from striking inside Israel’s borders by destroying rockets mid-air.

Paul frequently draws the ire of his fellow Republicans, especially on matters related to foreign policy. But this time, his objections stem not from his anti-interventionist streak but from his long-standing fiscal conservatism. He’s offered an alternative proposal that would fund the Iron Dome using foreign aid already appropriated for Afghanistan.

While Paul’s objection isn’t dooming the funding entirely, the Kentucky Republican is the only one standing in the way of a quick presidential signature that would deploy the cash this year. Senate Majority Leader Chuck Schumer could get around the blockade by carving out time to pass the Iron Dome bill through the Senate’s regular process, or lawmakers could attach it to year-end appropriations bills.

But Senate floor time is difficult to come by these days, especially as lawmakers consider legislation to lift the debt ceiling as well as President Joe Biden’s top two domestic agenda items — and that’s just this month. Sen. Jim Risch (R-Idaho) said he didn’t trust Democratic leadership to move the bill through the chamber quickly, as Paul remains the only roadblock to a clean funding mechanism.

“There’s a lot of incompetence around here in terms of being able to move things through,” lamented Risch, the top Republican on the Foreign Relations Committee.

“It’s actually stunning to see that an issue that enjoys such huge bipartisan support can get scuttled by so few people,” he added. “And so, I don’t know — there are people around here that are deeply, deeply dug in on the wrong side of that issue.”

The Iron Dome funding, which came together as a standalone measure after liberals in the House forced it out of a bigger government funding package, cleared the lower chamber with more than 400 votes last month. And 99 senators supported fast-tracking the bill and sending it to Biden’s desk — but quick passage requires the backing of all 100 senators, and Paul objected.

Paul is no stranger to stoking dissent among his GOP colleagues — famously drawing harsh criticism for forcing a government shutdown in 2018 over his push to cut spending. But Paul, a libertarian at heart, often wears it as a badge of honor as he slams “big-government Republicans” for voting to increase spending levels.

This time around, Paul maintains that he supports the Iron Dome but wants to offset the bill’s cost using money that he says was at risk of going to the Taliban, which now controls Afghanistan.

“Since the Democrats object to it being paid for, they’ve created an impasse,” Paul said in a brief interview, adding that all 50 Republican senators consented to his counter-offer.

Democrats reject that characterization, noting that all 50 members of the Democratic caucus agreed to fast-track the Iron Dome legislation.

Senate Foreign Relations Committee Chair Bob Menendez (D-N.J.), who sought unanimous approval of the bill earlier this week on the Senate floor, credited Paul for his consistency on matters related to the federal budget but warned his counter-proposal could jeopardize humanitarian assistance for Afghans.

“That negotiation is an unattainable one in terms of offsets,” Menendez said. “It’s ridiculous.”

GOP leaders have maintained that the entire dispute was avoidable from the start. They asserted that Democrats should have attached the Iron Dome money to the stopgap government funding bill that cleared both chambers overwhelmingly last week — the same move that House progressives fought against. The resulting standalone Iron Dome bill, though, still has widespread support from Republicans. 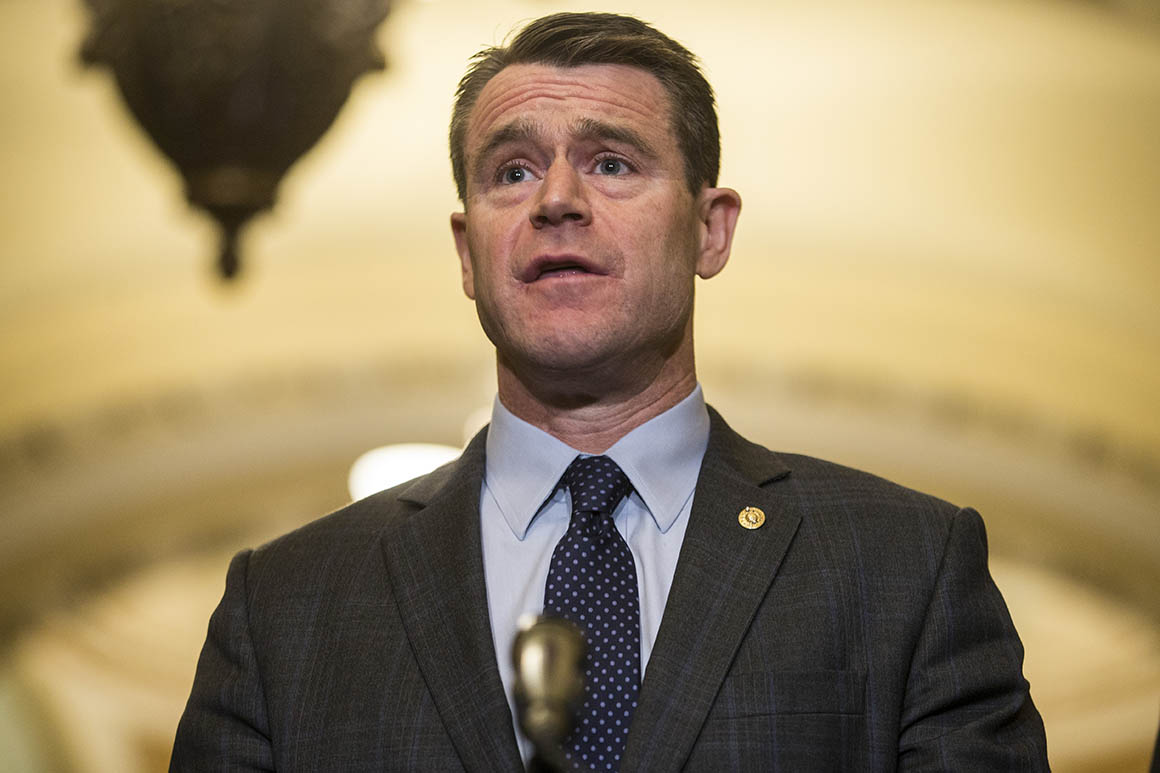 “It’s his prerogative to place the hold on it, so I’m not going to tell him what to do. My position is not to make that key national security investment contingent on an offset,” said Sen. Todd Young (R-Ind.), a Foreign Relations Committee member.

Meanwhile, Paul’s fellow fiscal hawks said they’re sympathetic to his position but ultimately concluded that the funding shouldn’t be delayed.

“I’m always in support of paying for spending, but I think funding the Iron Dome is a critical national security priority,” Sen. Ted Cruz (R-Texas) said in a brief interview.

“Paying for stuff — we don’t do that on anything here,” added Sen. Mike Braun (R-Ind.), who consistently votes against spending bills that don’t include offsets. “And we’ve got to get better at it, and that’s what this bigger discussion is about right now.”

As for the prospects of getting the funding out the door quickly using the Senate’s regular floor process, some Democrats believe it could wait. Meanwhile, Schumer hasn’t yet telegraphed his plan to resolve the impasse.

“It doesn’t necessarily change anything practically if it takes us until the end of the year,” said Sen. Chris Murphy (D-Conn.), who supports the legislation. “We just need to be honest that this isn’t actually spending that Israel is going to use in this calendar year.”