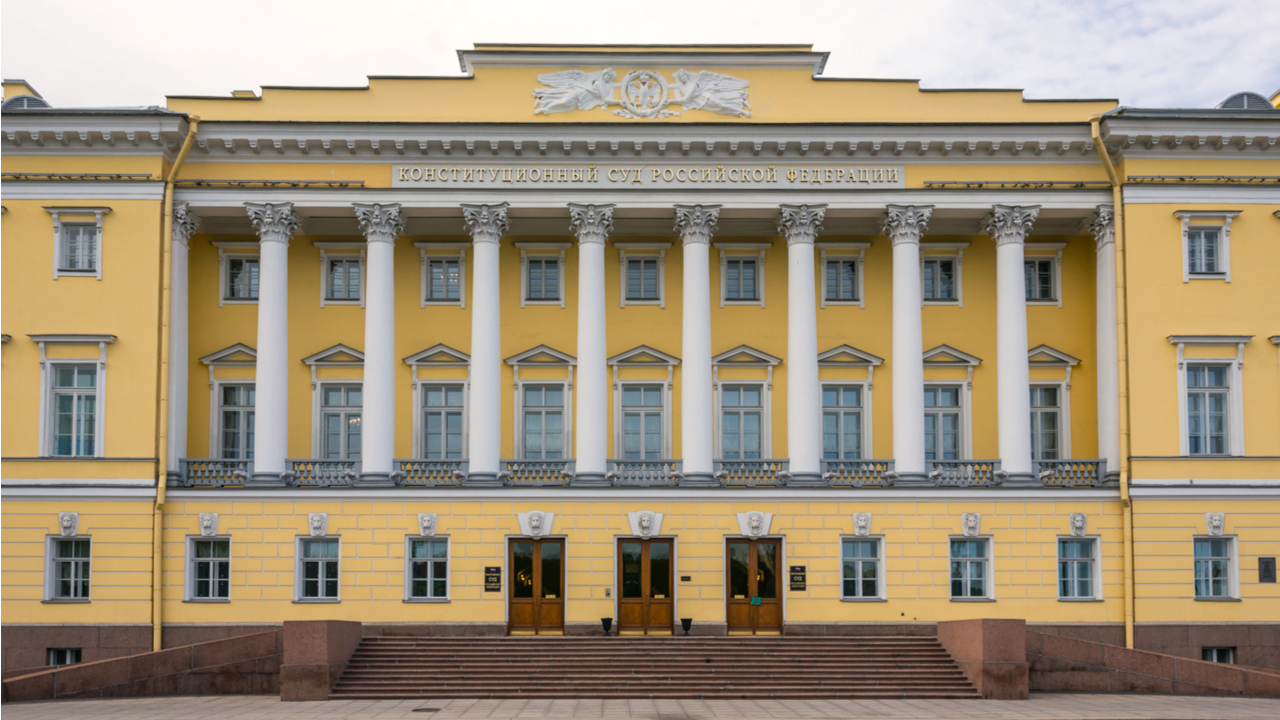 The Constitutional Court of the Russian Federation is going to have to deal more and more often with cases involving new kinds of individual rights, its head has recently admitted. Some of them will be related to cryptocurrencies and blockchain technology, the official believes.

Constitutional Court of Russia to Defend Rights Related to Cryptocurrencies

Constitutional justice, as far as protection of human rights is concerned, will be increasingly influenced by the emergence of a new generation of rights, Valery Zorkin, chairman of the Constitutional Court of Russia has acknowledged. These are various rights, including environmental, reproductive and informational, Zorkin says in an article published by Rossiyskaya Gazeta, the official government daily.

Having recognized that, the high-ranking representative of the Russian judiciary notes that in the very near future, the Constitutional Court will have to consider these new rights of individuals, stemming from the scientific and technological revolution, when reviewing complaints filed with the institution.

Life is changing rapidly and new objects of legal regulation are appearing, Zorkin elaborates, such as “robots, artificial intelligence, biotechnology, new types of transport, and so on.” The constitutional judge adds:

Not to mention such things that have already become commonplace, such as new financial instruments, blockchain (distributed ledger), cryptocurrencies, and so on.

However, Valery Zorkin also warns that innovation can bring both benefits and risks. “After all, human nature is such that what was invented by some to improve people’s lives, others can figure out how to turn it to evil,” he says.

In Zorkin’s opinion, no one can predict if the losses would be greater than the gains at a certain point in time. He views the court’s role as a “universal regulator” tasked to prevent any negative consequences from these developments while ensuring it’s not hindering progress.

Zorkin’s comments come at a moment when Russia has only partially regulated cryptocurrencies and related activities. While providing key legal definitions in the crypto space, the law “On Digital Financial Assets,” which entered into force in January of this year, does not introduce any rules for the circulation of digital coins in the country.

Cryptocurrency mining isn’t properly regulated either, despite mounting calls from officials to recognize it as an entrepreneurial activity. Aspects related to the taxation of virtual currency incomes, profits, and transactions need to be addressed as well.

Last week, the Russian Association of Cryptoeconomics, Artificial Intelligence and Blockchain (Racib), the country’s main crypto industry organization, slammed authorities in Moscow for doing “absolutely nothing” to bring the sector out of the shadow economy. The criticism comes four years after President Vladimir Putin mandated the adoption of legislation tailored to define the legal status of digital technologies utilized in the financial sector by July 2018.

Do you think the Russian Constitutional Court will have to review a lot of cases related to cryptocurrencies in the future? Tell us in the comments section below.