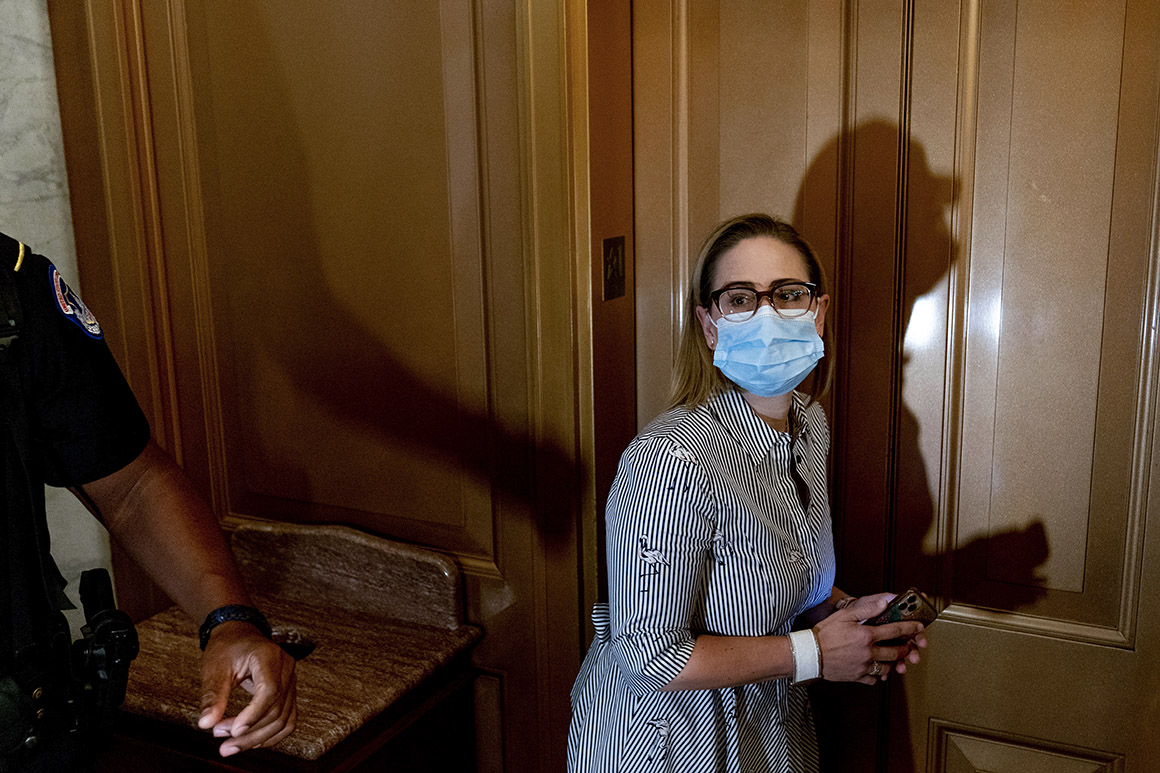 Kyrsten Sinema struck an agreement on prescription drug pricing with President Joe Biden as part of Democrats’ social spending talks, though it’s at risk of ultimately being excluded as the party tries to reach a deal that can pass.

The Arizona Democrat was somewhat reluctant to strike a deal on prescription drug price negotiation, a key campaign plank for many Democrats. But a source familiar said the president and Sinema were able to see eye to eye in the end.

“Sinema struck a deal with President Biden to include Medicare drug negotiation in the framework, consistent with the proposal authored by Congressman Scott Peters, with some edits in the insulin space to further lower costs for consumers. It is unclear if it will be included in the framework this morning — that decision was left with House leadership and Chairman Pallone,” the source said.

The prescription drug pricing language was left out of the framework the White House released publicly on Thursday morning, leaving its fate uncertain. Many progressives view the Peters proposal as insufficient, and a senior administration official said that drug pricing reform lacks the votes in Congress at the moment to advance.

A broad swath of the Democratic caucus is deeply skeptical of the Peters bill, which only allowed government negotiation of some hospital-administered drugs and drugs whose patents have expired. Critics said it would incentivize drug companies to further game the patent system to extend those protections for decades.

While the bill would have also set out-of-pocket caps for seniors on Medicare and penalized companies that raised prices faster than inflation, many Democrats said it would do little to address the underlying problem of soaring costs.

“It’s a fig leaf. There isn’t negotiation where it matters,” lamented Rep. Peter Welch (D-Vt.), a key go-between on the drug provision between the Peters camp and progressives. “It will leave us at the mercy of monopoly pricing power.”

Eugene Daniels contributed to this report.