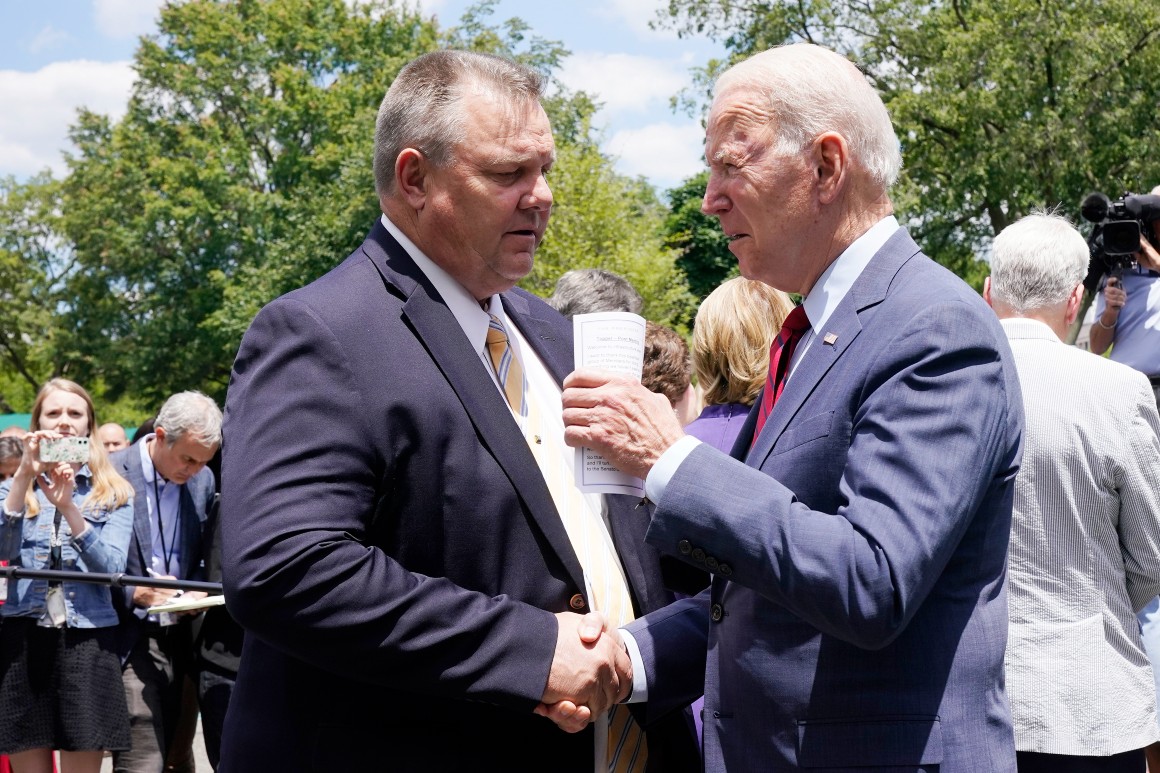 When Jon Tester returned from a White House meeting last month, Amy Klobuchar congratulated him for his “nice quote” about the debt ceiling.

As Klobuchar read back Tester’s expletive-infused words, he recalled protesting: “‘Come on. I didn’t say fucking.’ And she said, ‘Oh no, you said fucking.’” After digesting that Klobuchar was right, Tester kicked himself: “‘Goddammit. I’m trying to wean myself off of this.’”

There’s been a lot for the senator to swear about lately, as Tester castigates Republicans for their intransigent position on the debt ceiling and assesses spending a “shitpile” of money on President Joe Biden’s agenda. But despite hailing from a state that Biden lost by 16 points, Tester isn’t among the Democrats getting cursed out for obstruction by liberal activists.

In fact, the burly farmer from Big Sandy, Mont., has become a reliable advocate of much of Biden’s agenda, even as he eyes a potentially perilous reelection campaign in 2024 in a state where being a Democrat is hard enough.

And as for whether Tester’s alignment with Biden and relatively liberal voting record is a clue about whether he’ll retire rather than run again … well, throw another quarter in the swear jar: “Oh, no, fuck that. That’s not my style.”

He believes that his brand of folksy, profane authenticity can appeal to Montana’s red electorate — even in a presidential election-year as splitting tickets gets more and more rare.

“I’m thinking positively of running again. But I haven’t made a final, final decision,” Tester said, citing the advantages to his chairmanship of the Veterans Affairs Committee and senior role on the Appropriations Committee. “I still think there’s folks that appreciate good, moderate perspective.”

Sen. Joe Manchin of West Virginia is the only Democratic senator from a more conservative state than Tester, and it shows as Manchin seeks to cut down the cost of a massive social spending bill that Biden’s pressing for. But as similarly conservative as their voters might be, the two centrist Democrats diverge from there. 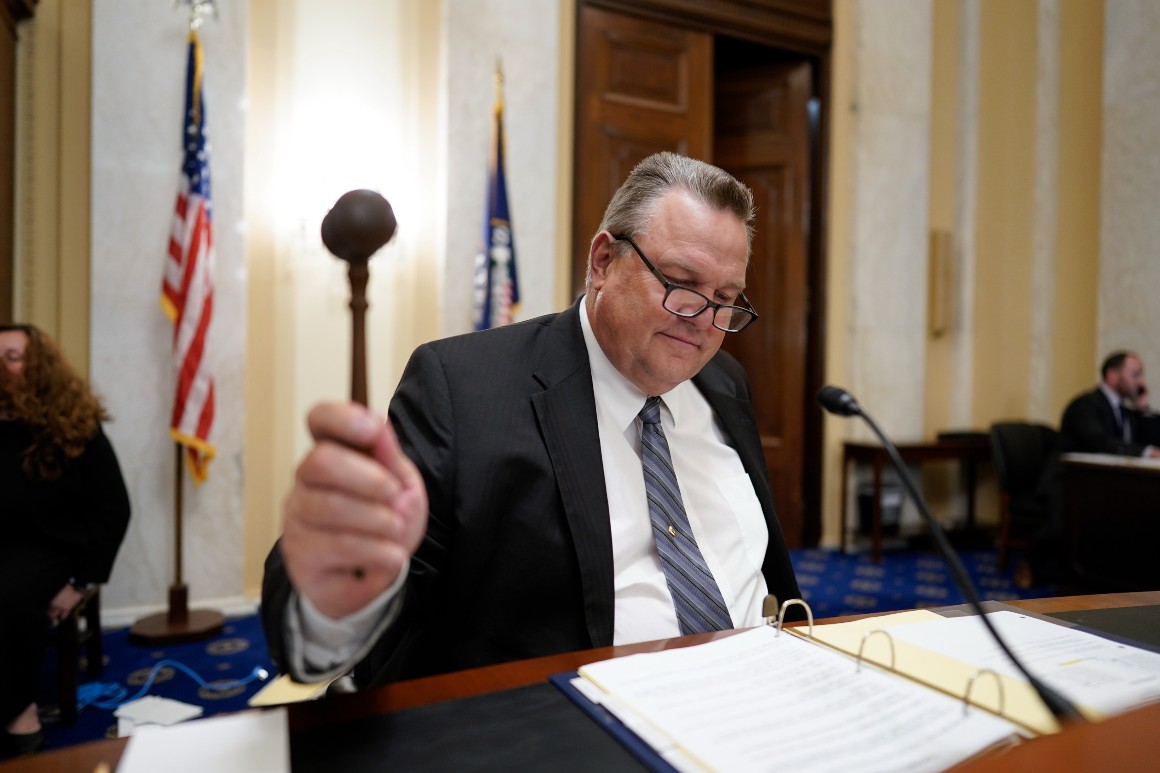 Tester said in a lengthy interview this week that his party could easily find an effective way to spend $3.5 trillion, the original price tag for the party-line package of social programs that Manchin’s trying to shave down. And he acknowledged it might be effective short-term politics for him to publicly push back against Biden and Senate Majority Leader Chuck Schumer.

“It’s hard for Chuck right now, dealing with the Bernie-Warren faction and the Manchin-Sinema faction. I don’t want to add to that,” Tester said. “They’re going to hear me complain and bitch and holler and scream when I don’t like it, but it’s not going to be in front of you. And I’m going to be very specific in what I want.”

There’s no one in the Senate like Tester these days, both physically and politically. He’s a hulking presence as he ambles through the chamber’s marble halls, dispensing plainspoken wisdom and pushing what he calls “positive vibes.” When he sips a bottle of beer, he cradles it in between his pinky finger and thumb — a necessary habit since he lost three fingers in a meat grinder as a child.

Tester’s still a working farmer, and it’s not making him rich: He estimates his crops bring in $100,000 to $125,000 in a good year. That intimate knowledge of rural America led Tester to become a leading advocate against raising the stepped-up basis on inheritance taxes, which he said would have “major impacts” on farms. It’s now out of contention for the party’s spending plans, to the chagrin of some Democrats.

And the Montanan was a leading negotiator of this year’s bipartisan infrastructure deal. During that lengthy negotiation, Tester befriended Utah Sen. Mitt Romney, the former businessperson and GOP presidential nominee. Asked about their yin-and-yang relationship, Romney deadpanned: “He and I are almost the same.”

“He cuts through the B.S. that’s around here. And says what makes sense,” Romney said. When a Utah project was nearly excluded from the bipartisan bill, Romney added, Tester stood up and said: “’No, that’s not fair to Mitt’ … he went to bat for me without me even having to ask.” 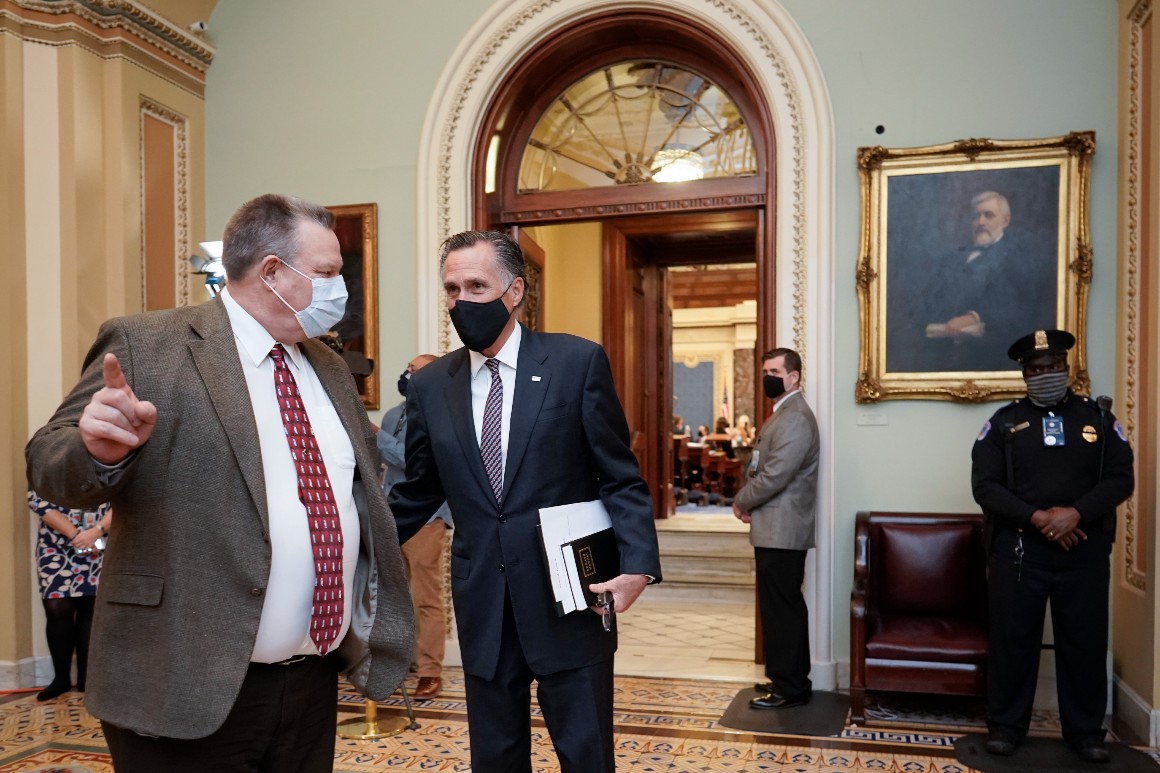 Still, Republicans are surprised Tester is going along with Biden’s larger social spending bill given his home state politics. They also suspect Tester’s folksiness is an act that helps him win even as he’s left of many of his voters.

“He’s pretty good at what he does, sort of picking his issues and being able to support the national Democratic agenda while appearing just to be a good ol’ farmer from Montana,” said Sen. John Cornyn (R-Texas), a former whip and chair of the party’s campaign committee.

Tester is not exclusively a party-line vote for Schumer and makes sure there’s some distance between him and the national party. He never committed to Biden’s Bureau of Alcohol, Tobacco, Firearms and Explosives nominee, who was eventually pulled, and has opposed the $15-an-hour federal minimum wage.

He’s also challenging Schumer and Biden’s plans to spend billions on electric car infrastructure, saying he isn’t sure that’s the climate change solution the country needs. Yet he acknowledged, with a characteristic curse, that he could be wrong: “This is an arguable point, by the way. Industry folks will say I’m full of shit.”

Tester said his preference would be to spend more money on research and development for plug-in vehicles. “Electric cars are a great idea. I would hope, at some point, we get to electric tractors.”

As his vocabulary shows, he’s known for taking risks — lots of them, even in an election year. While seeking a third term, Tester repeatedly voted against government funding bills in 2018 in a protest over budget priorities for Montana. He also derailed Trump’s Veterans’ Affairs nominee and opposed all of Trump’s Supreme Court nominees.

Sen. Sherrod Brown (D-Ohio), the third upper-chamber Democrat hailing from a state Trump won twice, described his friend this way: “He’s willing to lose for his principles. I don’t say that a lot.”

“He’s a real farmer and I’m, like, a politician,” Brown said. “But the other thing is, his personality is bigger than life.”

As for all that swearing: “I don’t think he’s any worse than any of us. He’s just less restrained around reporters,” said Sen. Michael Bennet (D-Colo.), another ally. Still, Tester acknowledges his staffers have urged him to quit it.

“I’ve been trying to cut back, okay?” Tester said, not convincingly.

Tester’s what-you-see-is-what-get appeal is extremely frustrating for Republicans, who constantly portray him as out of step with conservative Montana even as he keeps winning. 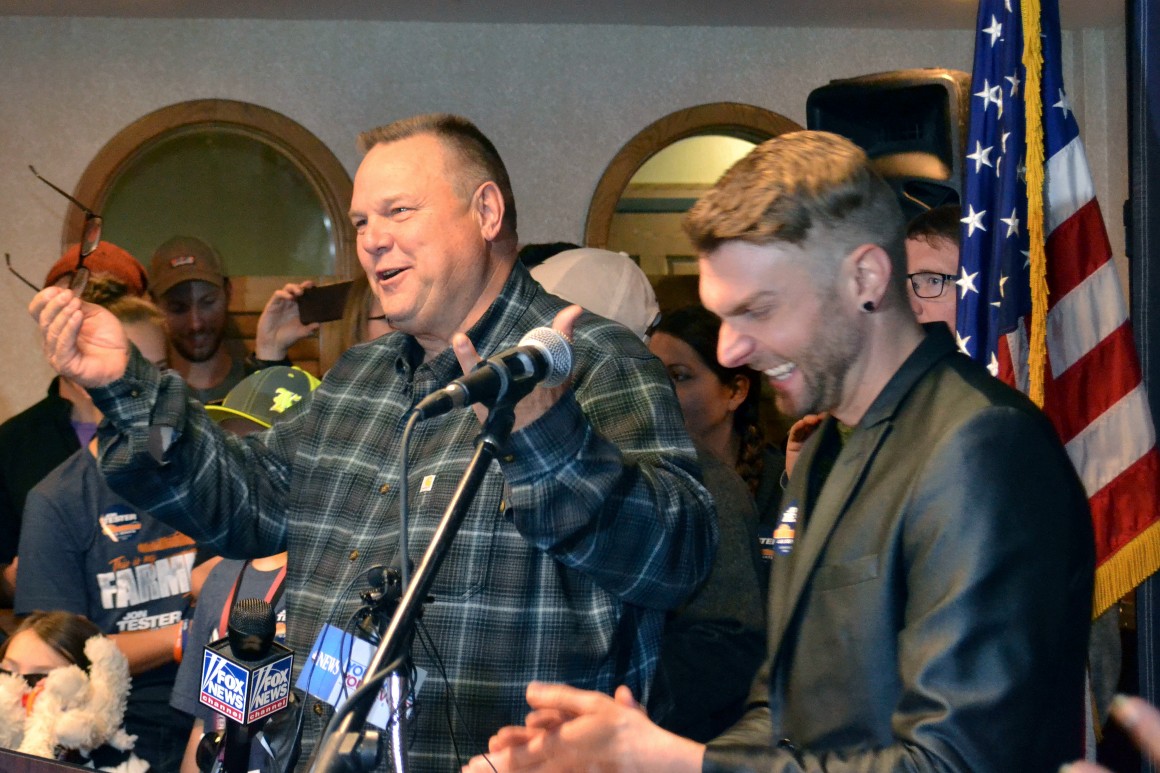 Still, Tester got a major jolt in 2020, when his friend, former Gov. Steve Bullock (D), lost a Senate race to Sen. Steve Daines (R-Mont.) by 10 points. Now he’s paying close attention to the midterms, when Democrats are hoping to compete in the state’s new, second House district and pick up legislative seats.

Though Tester’s biography is usually short-handed to farming, he also led his party in the state Senate and served on a local school board. Before that, he was a music teacher at an elementary school.

As he mulls whether to throw himself into another Senate campaign in 2024, Tester considers which was more hectic: rounding up little kids with kazoos, or the U.S. Senate. It doesn’t take him long to settle on an answer.

“Oh, by far this place. Not even close. By the way, the music thing was really fucking chaotic,” he said, explaining that in class “you could set up rules. It might take you a couple of days, but you can get people to follow the rules.

“Here? Take a look at how we vote,” Tester continued. “This is a 10-minute vote — it takes 45 minutes. I’m going to tell you, at elementary school they didn’t do that shit.”