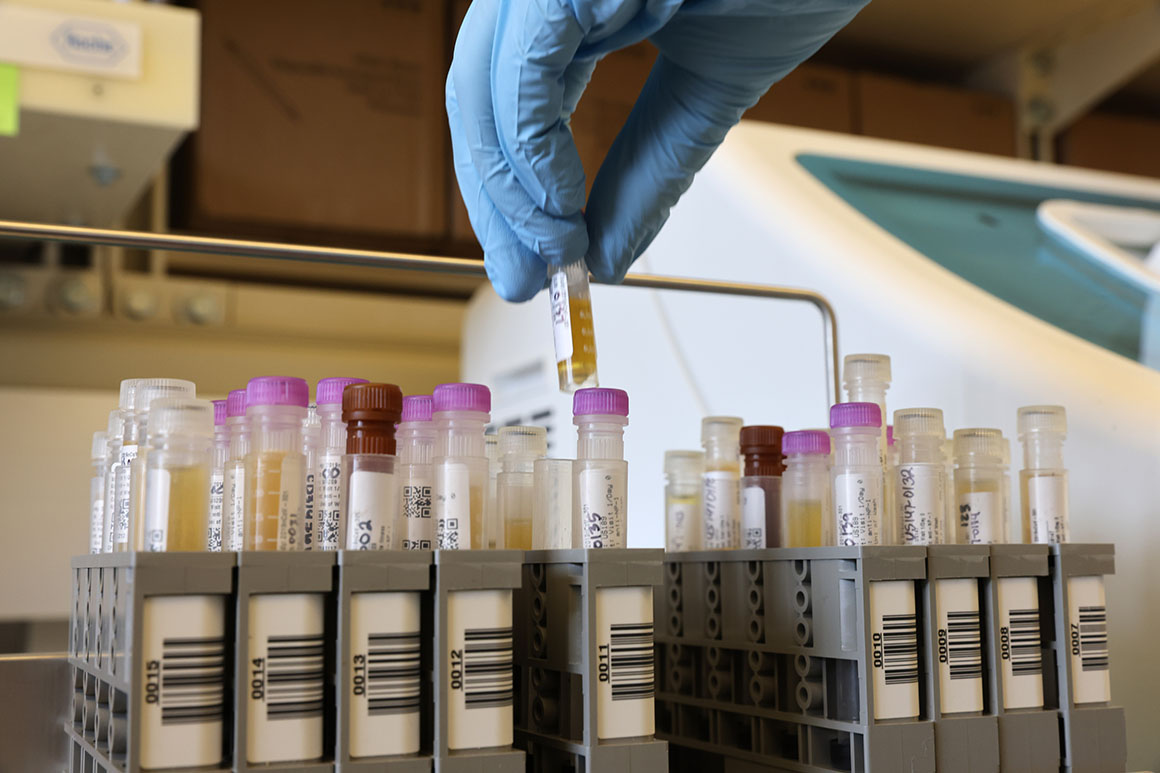 The world’s vaccine distributor has been counting on U.S. companies to provide more than 2 billion doses to lower and middle-income countries by the end of 2022 — a crucial step in ending the Covid-19 pandemic.

But the campaign run by the international consortium known as COVAX, which has already been delayed significantly because of production lags, is now likely to fall short by more than 1 billion doses as a key supplier faces significant hurdles in proving it can manufacture a shot that meets regulators’ quality standards, according to three people with direct knowledge of the company’s problems.

The delay, which was confirmed by three other people familiar with the discussions between Maryland-based Novavax and the Biden administration, represents a major setback in the effort to vaccinate the world in the wake of new, more transmissible variants.

The U.S. government invested $1.6 billion in Novavax in 2020 — the most it devoted to any vaccine maker at the time — in hopes that it would offer the world another option for a safe and effective vaccine to help protect against Covid-19. But the company has consistently run into production problems. The methods it used to test the purity of the vaccine have fallen short of regulators’ standards and the company has not been able to prove that it can produce a shot that is consistently up to snuff, according to multiple people familiar with Novavax’s difficulties. All spoke on the condition of anonymity to discuss sensitive company conversations.

Although Novavax recently attested to some of its analytics and testing issues in a quarterly filing with the Securities and Exchange Commission, the company’s issues are more concerning than previously understood, according to two of the people with direct knowledge of the matter.

The Food and Drug Administration works out purity levels with each manufacturer according to June 2020 guidance for coronavirus vaccines, but it is generally understood that each vaccine batch should reach at least 90 percent. The company has struggled to attain anywhere close to that, one of the people with direct knowledge of the situation said. Another person familiar with the company’s manufacturing process said Novavax has recently shown purity levels hovering around 70 percent. Low purity levels increase the chance that contaminants or unnecessary substances are in the final product, rendering the vaccine less effective or introducing the chance that patients could react to unknown ingredients.

COVAX, which recently downgraded its 2021 goal from 2 billion to 1.425 billion doses, has already estimated that it faces a supply shortfall of as many as 1 billion doses in its effort to vaccinate the developing world. If Novavax falters, it could double the deficit through 2022, leaving hundreds of millions of people without immunity against Covid-19 and extending the pandemic.

“COVAX continues to be challenged for adequate supply … in that context, Novavax’s manufacturing challenges and delays have been massively disruptive,” said Krishna Udayakumar, director of the Duke Global Health Innovation Center.

The global coalition is already behind on hundreds of millions of planned doses this month, having shipped just 371 million of its 700 million dose target for October. It is now also at risk of missing its already downgraded 2021 target.

Between Novavax and other manufacturers’ hurdles, “COVAX has had to scramble to revise its supply strategy significantly in real time,” Udayakumar said. As a result, global health groups are emphasizing more donations to cover immediate needs, he added.

In a statement, Novavax Senior Vice President of Investor Relations and Corporate Affairs Silvia Taylor told POLITICO that the company’s analytical testing methods have been “validated” — but did not answer questions about whether the FDA had signed off on them. The company still plans on filing an emergency use authorization by the end of the year, Taylor said.

“The vaccine development and regulatory submission processes are highly complex and often require years to advance to the point where we are now. We will fulfill all of our committed doses both in the US and globally,” Taylor said.

The White House and the Department of Health and Human Services did not respond to multiple requests for comment.

But three people familiar with the matter said they are not confident that the company has the resources needed to reproduce a high-quality vaccine on a consistent basis — a benchmark Novavax must meet before that time. Those same people said Novavax could potentially fix its manufacturing issues and reach full licensure by the end of 2022.

Novavax — which has never produced a vaccine before — declined to answer specific questions about its product’s purity levels and whether it had been successful in addressing its longstanding manufacturing issues.

Unlike Pfizer and Moderna, the first manufacturers to launch vaccines using rapidly produced messenger RNA, Novavax is employing the previously used but complicated approach of creating the key ingredient with bug cells. While the process, which involves infecting the cells to produce spike proteins, is familiar to scientists, it is difficult to scale.

The revelations about Novavax’s continued manufacturing problems come at a time when only 36 percent of the world is vaccinated and as leaders of developing nations continue to pressure the U.S. to deliver more doses. In Africa alone, only 4.4 percent of the population is vaccinated.

That includes some of the continent’s most populous nations, like Nigeria and Uganda, where about 1 percent of citizens are fully vaccinated.

Novavax is just the latest vaccine maker to run into core production problems after promising to serve as a major vaccine contributor to the developing world. In April, Johnson & Johnson halted work at a Baltimore facility run by contract manufacturer Emergent BioSolutions after it found that 15 million doses had been accidentally contaminated with ingredients from a separate Covid-19 vaccine.

J&J’s manufacturing process has been slow to recover, and to date it has produced just a fraction of the 200 million shots it initially pledged to COVAX by the end of the year, according to records kept by UNICEF.

“Overpromising and underdelivering is the name of the game for these manufacturers,” said Asia Russell, executive director of international advocacy group Health GAP. “And that’s the infrastructure of the global response, which is terrifying.”

Unlike Johnson & Johnson, Novavax is a novice in the vaccine world. It has never successfully launched a vaccine, and had struggled financially prior to the pandemic. After a string of drug development failures, it sold its manufacturing facilities in 2019 — a deal that also included parting with 100 employees. In May of that year, Novavax’s stock price dropped as low as 36 cents per share.

Yet the company’s fortunes shifted as Covid-19 took hold. Amid a scramble early in the pandemic to develop a range of vaccine candidates, the Trump administration awarded Novavax $1.6 billion to aid work on its Covid-19 shot — the largest deal given to any Covid-19 vaccine maker at that time.

The contract represented a major vote of confidence in Novavax’s capabilities — and a bet that appeared to pay off after late-stage trials showed the vaccine was 90 percent effective against the virus.

But even then, senior Trump administration officials on Operation Warp Speed — a group tasked with accelerating vaccine development — repeatedly warned the company that it risked running into problems in scaling up manufacturing of the shot, two people with direct knowledge of those discussions said.

In particular, they worried that Novavax would have difficulty ensuring that the vaccine consistently met the FDA’s rigorous quality standards once the vaccine went into mass production — the exact problem that has now stymied the company for months.

“They rushed the process,” one of the people with knowledge of the matter said. “It’s hard to make. And they can’t make it.”

Taylor, the Novavax spokesperson, said in a statement that it has incorporated feedback from regulators and has made “tremendous progress with the scale-up of our commercial manufacturing processes.” The company is still on track to produce 150 million doses a month by the end of the year, she said, and has stockpiled tens of millions of doses ahead of regulatory filings in the U.S. and internationally.

Company executives in recent presentations to investors have struck a similarly optimistic tone, downplaying the manufacturing snags and predicting it will soon be cleared to begin distributing doses. During a Sept. 29 investor event, Chief Commercial Officer John Trizzino said the company had “resolved” its problems and was close to submitting a final regulatory application.

“We’re really moving along with testing our lots now,” added Gregory Glenn, president of Novavax’s research and development, referring to batches of its vaccine. “We think that this is shortly going to come to a close.”

U.S. officials working with the company are not as confident, according to three people with knowledge of the matter. Novavax’s manufacturing problems are seen as far more difficult to fix than the sanitary and design concerns that halted production of J&J’s vaccine at the Emergent plant earlier this year, those people said.

And even as the company begins to seek regulatory approval in other countries, there remains doubt in the U.S. that it has solved the fundamental vaccine purity flaws that the people with knowledge said have affected its ability to make doses at plants around the world.

Several vaccine batches have already been discarded, and four people with knowledge of the matter say U.S. officials now no longer expect the company to win FDA sign-off on the vaccine until next year at the earliest.

“At some level, I think the efficacy was never going to outweigh the risk associated with the impurity that was in there,” said one of the people with knowledge of the matter. “I’m not surprised this is where we are.”