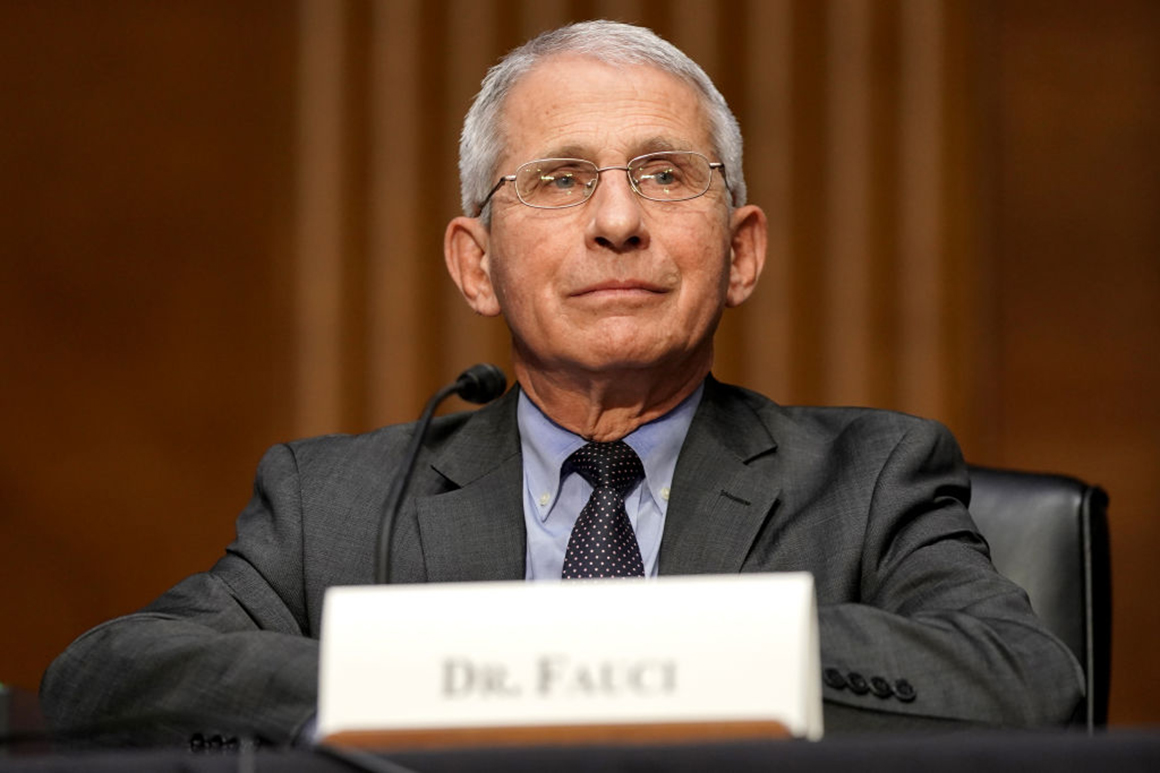 A vocal contingent of prominent doctors and scientists is pressing the Biden administration to scrap its plans to provide booster shots to all previously vaccinated adults, according to five people familiar with the matter.

Several of these outside experts, including some who advised President Joe Biden’s transition team, objected to the administration’s approach during a private, off-the-record call last week with federal health officials. Current U.S. data on vaccine performance does not justify using boosters widely to reduce the risk of breakthrough infections and slow the virus’ spread, the experts said.

They told officials on the Sept. 27 call — including Biden’s chief medical adviser, Anthony Fauci; White House policy adviser Cameron Webb; and the heads of the Food and Drug Administration and Centers for Disease Control and Prevention — that the shots should be given to people most at risk of severe Covid-19 to reduce hospitalizations and deaths.

The growing split between Biden’s team and outside health experts on boosters threatens to disrupt a key source of support the administration has relied on to sell its vaccination drive to the American public. Biden, who took office pledging to “follow the science,” until recently enjoyed the enthusiastic backing of eminent physicians and researchers as he attempted to crush Covid-19 and revive the U.S. economy. But the White House’s sweeping vision for boosters has weakened those ties.

Now, even some experts who support the president’s broad booster strategy say the White House has fumbled its messaging on the topic, confusing the public as Biden’s team tries to limit new surges of infection through the winter.

“It undermines credibility not just for [federal health] agencies but for the administration overall,” said Irwin Redlener, director of the Pandemic Resource and Response Initiative at Columbia University. “Somebody needs a communication lesson. Maybe many people do.”

The White House did not respond to a request for comment. A spokesperson for the Department of Health and Human Services said the administration “regularly engage[s] outside stakeholders from the medical community with a broad array of viewpoints for their feedback” on the administration’s pandemic policies.

“We are doing all we can to offer Americans the maximum protection afforded by vaccines, including constantly working to increase the number of primary vaccinations as well as ensuring boosters are available to all who are eligible,” the spokesperson said.

The White House has held regular off-the-record calls with health experts since Biden took office, often to preview major announcements or push its talking points, three of the people familiar with the discussions said. They are typically led by Surgeon General Vivek Murthy and other senior administration officials, including Fauci, CDC Director Rochelle Walensky and acting FDA Commissioner Janet Woodcock. Dozens of prominent scientists and physicians have participated.

Now, with the FDA preparing to authorize boosters from Moderna and Johnson & Johnson, top federal health officials have reached out to administration surrogates to promote the government’s approach. Biden’s team is stressing the importance of using boosters to prevent breakthrough infections, even mild cases.

The discussions have taken place amid ongoing tensions between scientists at the CDC and FDA and other federal officials working on the Covid-19 response about the administration’s public messaging on vaccine efficacy and boosters, given the gaps in available data.

The Sept. 27 call was originally planned for the week before. The White House abruptly rescheduled it after the CDC’s independent vaccine advisory committee recommended that the Pfizer-BioNTech booster be reserved for high-risk groups, including the elderly.

The rescheduled call was the tensest one to date, according to the three people with information on the talks. Fauci argued that the CDC committee’s stance — that science did not support giving boosters to all adults — was incorrect. And he dismissed suggestions that the administration had to choose between a broad U.S. booster campaign and donating vaccines to countries in need.

The president’s chief medical adviser also told the outside experts that boosters could, and should, be given widely to reduce the spread of the coronavirus rather than only to prevent severe disease or death.

Fauci’s remarks drew disagreement on the call, the five people familiar with the matter said. Several participants were left mystified about the goal of the government’s vaccination campaign.

“It was very tense,” one person said. “More than anything, it was like Fauci felt he needed to make a point.”

Since the FDA and CDC authorized limited use of the Pfizer-BioNTech booster in late September, top administration health officials have said publicly that they will follow the recommendations of scientists in planning the booster rollout.

But hours after the Pfizer-BioNTech decision, Biden predicted that booster shots would soon be available “across the board.”

“In the near term, we’re probably going to open this up,” the president said.

Fauci, Walensky and other leaders of the administration’s Covid-19 response have also publicly questioned the FDA and CDC’s decisions to restrict the Pfizer-BioNTech booster to the elderly and younger people at high risk by virtue of their jobs or underlying health status.

The dichotomy between the Biden team’s boosters-for-all philosophy and the targeted use endorsed by the health agencies and their independent advisory panels has frustrated some of the nation’s leading doctors.

Many — including Céline Gounder, an infectious diseases specialist at Bellevue Hospital in New York City who served on the Biden transition’s Covid-19 advisory board, and Megan Ranney, an emergency room doctor and associate dean at the School of Public Health at Brown University — argue that the U.S. should focus on convincing holdouts at home to get their initial shots and on shipping more doses overseas to reduce the risk that new and dangerous virus variants will emerge. Craig Spencer, the director of Global Health in Emergency Medicine at Columbia University Medical Center, has also publicly pushed back against the administration’s thinking on boosters.

“There is some benefit to reducing transmission with boosters. But that benefit is marginal compared to the benefit of vaccinating people in parts of the country that are not vaccinated, never gotten a dose to begin with,” said Nahid Bhadelia, director of Boston University’s Center for Emerging Infectious Diseases Policy and Research. “Even with the booster, the antibodies may go down again. And as long as there is a pool of people who are not vaccinated in the community, I’m not going to be 100 percent protected.”

Others say that with the pandemic closing in on its third year and no end in sight, the administration must make tough decisions on boosters without full data.

A former Harvard Medical School professor and founder of the university’s cancer and HIV/AIDS research departments, William Haseltine, said those who oppose a broad booster rollout are “pitting their hopes against the unknown.”

“If you don’t have a high level of antibodies and you are relying on [immune cell] memory, it isn’t going to stop you from getting sick. It may prevent you from dying, but it won’t stop transmission,” Haseltine said. “They are guessing about how well memory will protect you. It is something they will come to regret. If you are in a situation like we’re in now, is it better to prepare for the worst or prepare for the best?”

The public health community’s break with Biden comes at a particularly consequential time: Over the next month, officials could face decisions on which Moderna and Johnson & Johnson vaccine recipients should get boosters, whether people can receive doses of two different Covid-19 shots and whether to approve the Pfizer-BioNTech vaccine for children under 12.

Administration officials have already begun telegraphing confidence in the children’s vaccines in addition to widespread booster shots and argue privately that the science will ultimately vindicate their positions. Forthcoming data on the effectiveness of the so-called mix-and-match method of giving people two different types of Covid-19 vaccines is encouraging, they said — potentially clearing the way for a wider array of people to get boosters sooner, given that only Pfizer-BioNTech’s is available now.

The public health community still trusts that the administration is being honest and forthright in its decision-making, four outside experts said. Yet the booster saga has left it deeply divided. Some argue that Biden’s team is making the most informed moves it can with the limited information available in an effort to match the urgency of the moment.

“Part of what we’re working out here is how to use these vaccines, and we shouldn’t be surprised that we don’t have all the answers,” said Michael Osterholm, an epidemiologist who advised the Biden transition team and supports the booster push. “Too many people are viewing this as a luxury dose. It’s not.”