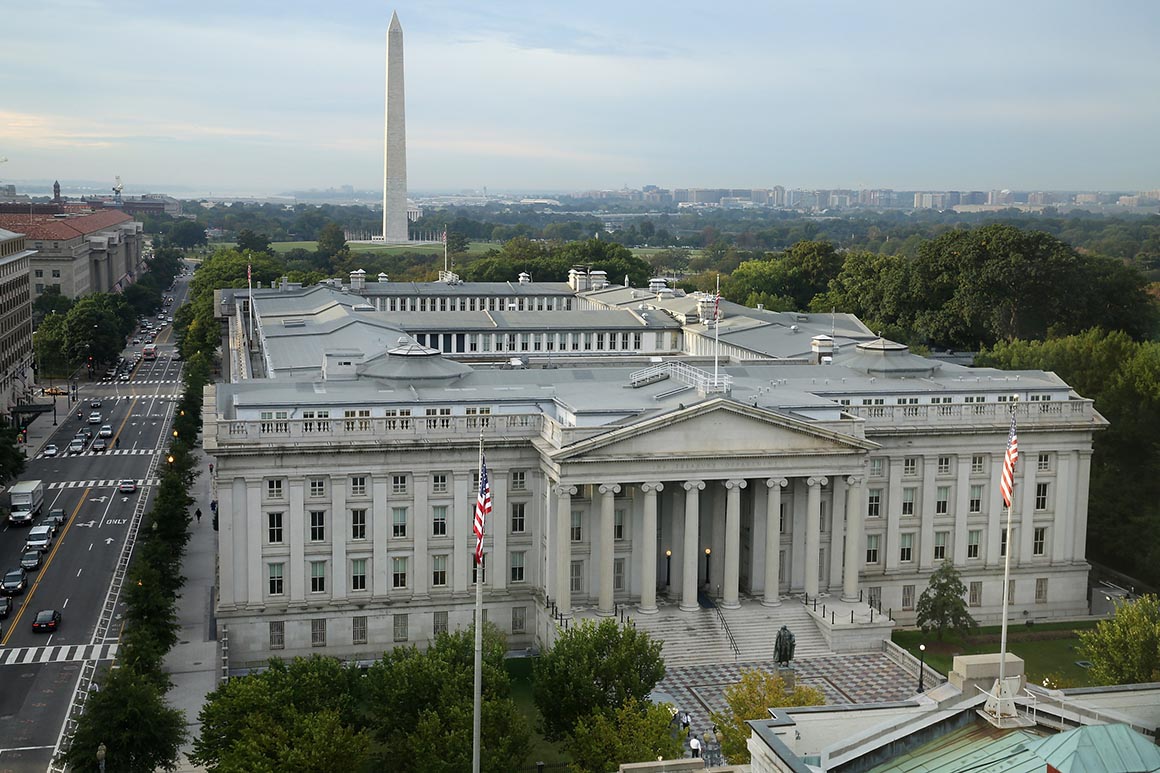 Despite a pandemic, a recession and a slew of tax cuts, federal tax receipts are booming.

That translates into $627 billion more than in 2020, according to the nonpartisan Congressional Budget Office, which estimates that, for the first time, total government revenues topped $4 trillion.

“They are just booming,” said Mark Booth, a former top revenue forecaster at the agency. “It is very unusual.”

Though Democrats are hammering the rich for not paying their fair share in taxes, the increase is being driven by levies primarily paid by the well-to-do. For example, corporate tax receipts leapt 75 percent, CBO says. At $370 billion, they easily top where they were immediately before Republicans slashed the corporate rate as part of the Tax Cuts and Jobs Act.

The surge has gotten relatively little notice, obscured perhaps by the government’s towering budget deficits and congressional battles over taxes and spending.

It is highly unusual, though, for the government to see a big wave of revenue in the wake of an economic downturn. Typically, receipts crash following recessions because, as people’s incomes fall, they owe less to the Treasury.

The coronavirus downturn was much more bifurcated, however, with higher-income people, who pay most federal taxes, doing far better than low earners.

“Usually revenues get hit hard in the year after a recession,” said Booth. “This time it is the opposite.”

The Treasury Department is set to release this week its final budget numbers for the fiscal year that ended Sept. 30. Those are expected to closely track estimates CBO published Friday.

The increases came across all major categories of taxes, according to CBO, with corporate receipts seeing the biggest jump, thanks to better-than-expected profits.

Payments by big companies had plunged in the wake of Republicans’ 2017 tax cuts, falling by almost a third to $205 billion the following year. They didn’t really begin to bounce back until this past fiscal year and then recovered to an extent that surprised analysts.

CBO repeatedly revised upward its estimates, and still came in too low. At $370 billion, the corporate tax haul would be the biggest, at least in nominal terms, since 2007.

Another big increase — 33 percent — came with “non-withheld” receipts, which include a variety of taxes that are not subject to withholding by employers.

CBO did not provide a breakdown of those levies. But big changes there are usually driven by capital gains realizations and payments by unincorporated businesses. And the agency previously upped its estimates of capital gains taxes over the past year.

Individual income taxes were up 27.5 percent, CBO estimates. Those too are disproportionately paid by the well-to-do, with 80 percent coming from the top 10 percent of earners.

The increases came despite lawmakers approving a series of tax cuts in the wake of the pandemic. At the time, they were projected to cost nearly $500 billion in 2021 — which would make them bigger than the first year’s worth of tax cuts included in Republicans’ 2017 legislation.

But some of the pandemic-related tax cuts, such as an employee retention credit meant to help keep workers on the payroll, were less popular than lawmakers anticipated — just because Congress cuts takes doesn’t mean everyone necessarily takes advantage of them.

The overall revenue increase wasn’t only an anomaly compared to 2020, when receipts fell by just 1.2 percent to $3.420 trillion. Revenues in 2021 still rose 17 percent even when compared to 2019 levels, before the pandemic hit.

Receipts are volatile, but double-digit annual increases are uncommon — there have only been 11 such instances since 1977.

In July, CBO predicted receipts in 2022 would amount to 18.1 percent of GDP, the most in 20 years. Now it seems like the agency will have to revise that too upwards.