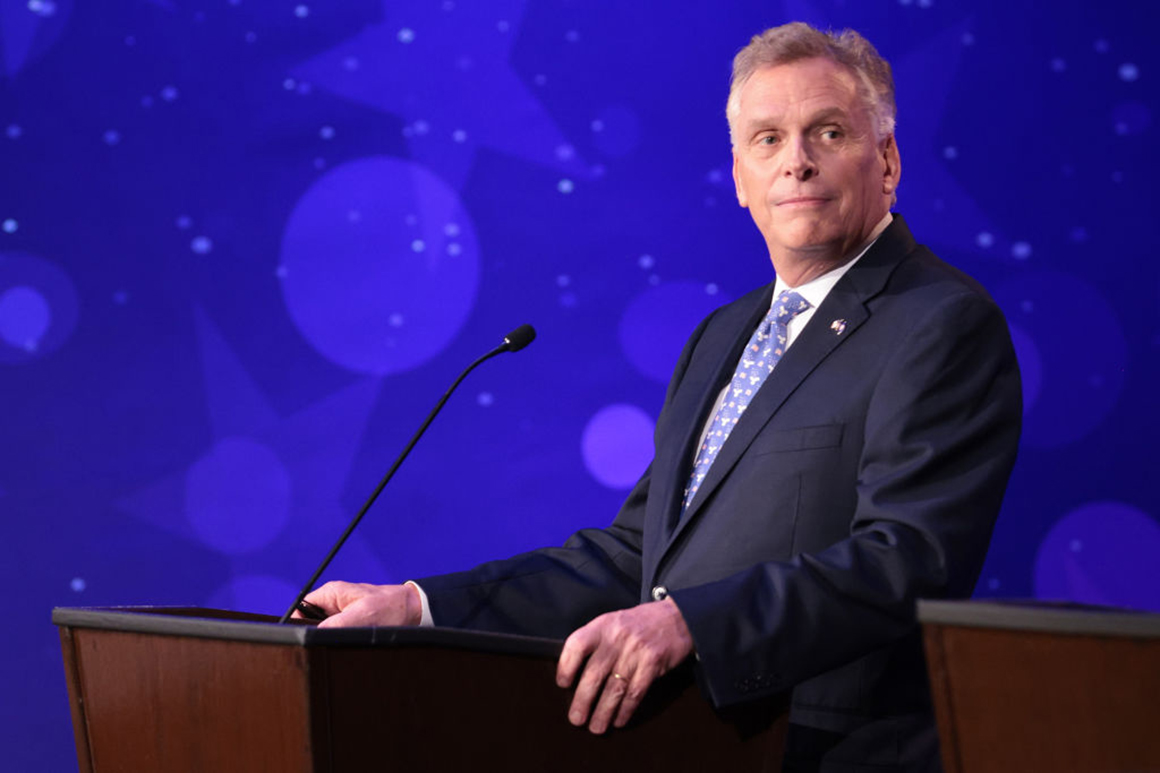 Flanked by six of Virginia’s top Latino leaders, over pupusas and empanadas at a recent campaign-sponsored event, Terry McAuliffe met with a group of voters from countries like El Salvador, Peru and Venezuela to talk about his vision for his state.

Those two red states loom large in this year’s governor’s race because they’re shorthand for an issue that threatens Democratic prospects in Virginia and in midterm elections across the country in 2022 — the uptick in Latino support for then-President Donald Trump in 2020.

While President Joe Biden won a majority of Latino voters in both states, Trump’s gains among the traditionally reliable Democratic constituency were unmistakable. In Florida, Trump’s stronger-than-expected performance among Latinos of all backgrounds — not just Republican-leaning Cuban Americans — helped him carry the state.

In Virginia, Trump ran six points ahead of his 2016 performance with Latinos, according to exit polls.

Whether it was an anomaly or a sign of something larger, Virginia Democrats aren’t taking any chances in November. The McAuliffe campaign is going to great lengths to win over and drive turnout among Latinos, who constitute roughly 11 percent of the state’s population.

In a governor’s race that has narrowed to within single digits, according to recent polling, Virginia has become a proving ground for Democratic efforts to stop the bleeding in advance of next year’s pivotal midterm elections.

“Serious investments are being made into Latino outreach in the Commonwealth in ways it might not have happened in 2020,” said Del. Alfonso Lopez, the first Latino Democrat elected to the state’s General Assembly.

“When we realized that the ‘Big Lie’ was working with a small segment of the Latino population in other states, we made it clear that we needed to respond to it more effectively and get our message out,” Lopez added, referring to the unsubstantiated allegations by Trump and his supporters that are designed to cast doubt on the 2020 election results.

Virginia Latino leaders say they’ve been pleased with how McAuliffe has handled Latino outreach since announcing his candidacy — and particularly in the months following his primary win. His campaign, which has been endorsed by more than 50 Latino leaders and major organizations, features a dedicated director of Latino outreach who is focused on organizing communities throughout Virginia.

Among those on his side are groundbreaking pols — Lopez, Elizabeth Guzman and Hala Ayala, the first two Latinas elected to the Legislature. Ayala is the Democratic nominee for lieutenant governor this year.

They, along with Democratic strategists closely following the race, are convinced the campaign’s messaging around how McAuliffe will handle the pandemic and economic recovery for Virginians will resonate with Latinos.

“Latino participation is going to be decided by messages — about who really cares,” said Guzman, who was born in Peru. “We have delivered in the state Legislature. And having a [Democratic] trifecta in Virginia… if you look at our agenda it has always been to address the needs of the Latino community.”

Even so, there are some worrisome signs. A new poll from Monmouth University found that 53 percent of Latino voters said they’d support McAuliffe, down from 58 percent in the same poll last month.

In 2013, when McAuliffe won his first term, he captured 66 percent of the Latino vote, according to estimates from Democratic polling firm Latino Decisions.

But in a race that has tightened as Biden’s poll numbers have sagged, any suggestion that Latino support is lagging is enough to set off fire alarms among Democrats.

“Everyone is looking at Virginia. And we have a chance to send a clear message to the country that the Trump-era politics, Trump-era candidates are not where the country is going anymore,” said Jonathan Dromgoole, president of the Democratic Latino Organization of Virginia.

Privately, Democratic strategists and some Latino Democrats closely watching the race admit they’re worried that enough information hasn’t reached Latinos on the elections — and that there isn’t enough enthusiasm to draw them out to the polls.

“I think the party could always do a lot better,” said Luis Aguilar, Virginia director for CASA in Action, a Latino and immigrant organization mobilizing voters. He pointed to Democrats’ chronic problem with engaging Latino voters consistently and not just when it’s time for an election.

Still, he said McAuliffe has a “winning ticket” given the infrastructure on the ground — including canvassing and phone calls to voters — that organizations like CASA in Action have provided. In 2020, CASA in Action touted making more than 200,000 outreach attempts and mobilizing nearly 15,000 Black and Latino voters to support Biden in Virginia.

And with just over a month until the election, McAuliffe’s campaign plans to ramp up Latino outreach even more in the final stretch.

“The truth is, the investment for Latino outreach hasn’t been there in the past and now we’re really making sure it’s something concrete,” said Canek Aguirre, a son of Mexican immigrants and the first Latino to serve on the Alexandria City Council. “It’s steps in the right direction.”