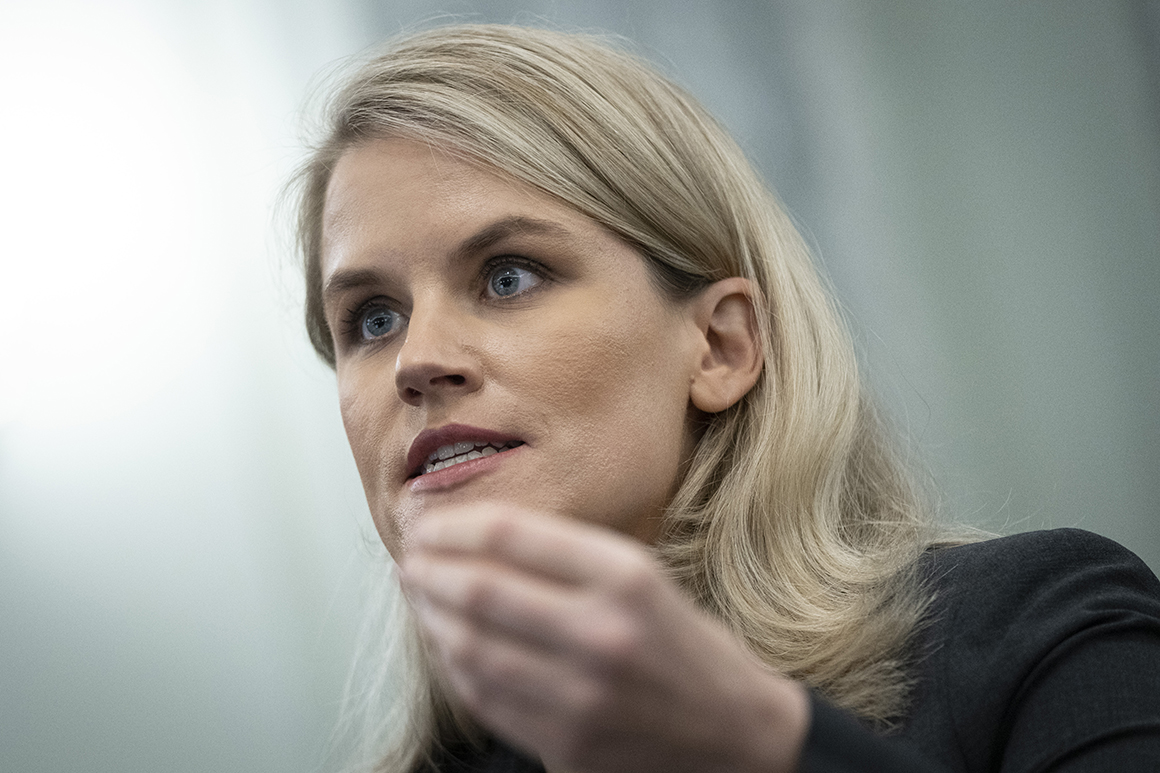 Whistleblower Frances Haugen came to the Senate on Tuesday with a message about Facebook and its leaders: Don’t trust them.

The former project manager whose revelations have shaken the world’s largest social network accused Mark Zuckerberg and his company of knowingly pushing products that harm children and young adults in a pursuit of endlessly growing profits.

She and a series of lawmakers of both parties likened Facebook’s behavior to that of the tobacco industry — which persisted for decades in denying that cigarettes were addictive and deadly.

Haugen’s other message: Washington must act.

“I am here today because I believe Facebook’s products harm children, stoke division and weaken our democracy,” Haugen said, two days after going public in a “60 Minutes” interview. “The company’s leadership knows how to make Facebook and Instagram safer, but won’t make the necessary changes because they have put their astronomical profits before people. Congressional action is needed. They won’t solve this crisis without your help.”

The Senate hearing comes three weeks after The Wall Street Journal began publishing stories based on troves of documents gathered by Haugen, who has also provided information to the Securities and Exchange Commission. The disclosures included the fact that researchers at Instagram, which Facebook owns, knew their app was worsening teenagers’ body images and mental health, even as the company publicly downplayed these effects.

During her nearly two years with the company, Haugen was a product manager on Facebook’s Civic Integrity team, where she worked to prevent election interference and misinformation. She resigned from Facebook in April and left the company officially in May, taking thousands of pages of internal documents.

Facebook has contended that news coverage of Haugen’s disclosures mischaracterizes the company’s internal research, and company spokesperson Andy Stone argued Tuesday that the whistleblower is not an expert in one of the main topics she’s testifying about.

“Just pointing out the fact that @FrancesHaugen did not work on child safety or Instagram or research these issues and has no direct knowledge of the topic from her work at Facebook,” Stone tweeted.

Here are some of the key moments from Haugen’s testimony before the Senate Commerce consumer protection subcommittee:

Haugen said the “crisis” at Facebook calls for action by Washington.

And she urged lawmakers to not trust public assurances from Zuckerberg and other Facebook executives.

“Facebook wants to trick you into thinking that privacy protections or changes to Section 230 will be sufficient,” Haugen said, referring to the legal liability shield that protects major tech companies from many lawsuits over content decisions. “While important, these will not get to the core of the issue — which is that no one truly understands the destructive choices made by Facebook except Facebook. We can afford nothing less than full transparency.”

Subcommittee Chair Richard Blumenthal (D-Conn.) drew on what he called a “striking” parallel between Facebook and big tobacco companies, saying that the social media company is facing “a moment of reckoning.”

“They valued their profit more than the pain that they caused to children and their families,” he said.

He also praised Haugen in for what he called her courage and strength in coming forward.

“You have a compelling, credible voice, which we’ve heard already, but you are not here alone,” he said. “You’re armed with documents and evidence. And you speak volumes as they do about how Facebook has put profits ahead of people.”

Blumenthal also demanded that Zuckerberg testify before Congress about the internal research Haugen has made public.

“You need to explain to Frances Haugen, to us, to the world, and to the parents of America what you are doing and why you did it,” said Blumenthal, who described the CEO’s strategy as “no apologies, no admission, no action, nothing to see here.”

“Mark Zuckerberg ought to be looking at himself in the mirror today, and yet rather than taking responsibility and showing leadership, Mr. Zuckerberg is going sailing,” the senator said in his opening statements. (Zuckerberg had posted footage of a sailing jaunt over the weekend.)

The full committee’s top Republican, Sen. Roger Wicker of Mississippi, said in an interview outside the hearing room that he agrees that Zuckerberg should testify. A “bipartisan consensus” exists on the committee on that point, he said.

Blumenthal also pushed Haugen on whether Zuckerberg had the final say on the company’s decision last week to postpone plans for a kid-version of Instagram — a question that Facebook’s global head of safety dodged at a Senate hearing last week.

“There are no similarly powerful companies that are as unilaterally controlled” as Facebook is by Zuckerberg, Haugen said, “and in the end, the buck stops with Mark.”

Blackburn: Facebook has ‘gotten away with abusing consumers for far too long.’

The subcommittee’s top Republican, Sen. Marsha Blackburn of Tennessee, argued said Facebook has “gotten away with abusing consumers for far too long.”

The senator specifically pointed to Facebook’s interest in the preteen market, stating that the company was “running out of teens to add to Instagram” and “studying younger and younger kids so they can market to them.”

“While Facebook says that kids below 13 are not allowed on Facebook or Instagram, we know that they are there — Facebook said they deleted 600,000 accounts recently from kids under 13. How do you get that many underage accounts if you aren’t turning a blind eye to them in the first place?” Blackburn added.

Blackburn also said Facebook “turns a blind eye towards blatant human exploitation taking place on its platform,” like “trafficking, forced labor, cartels” — echoing another one of Haugen’s allegation, that Facebook’s responses to such behavior on the platform was weak.

“By shining a light on Mr. Zuckerberg and company’s conduct, we will help hold them accountable.”

Emily Birnbaum contributed to this report.