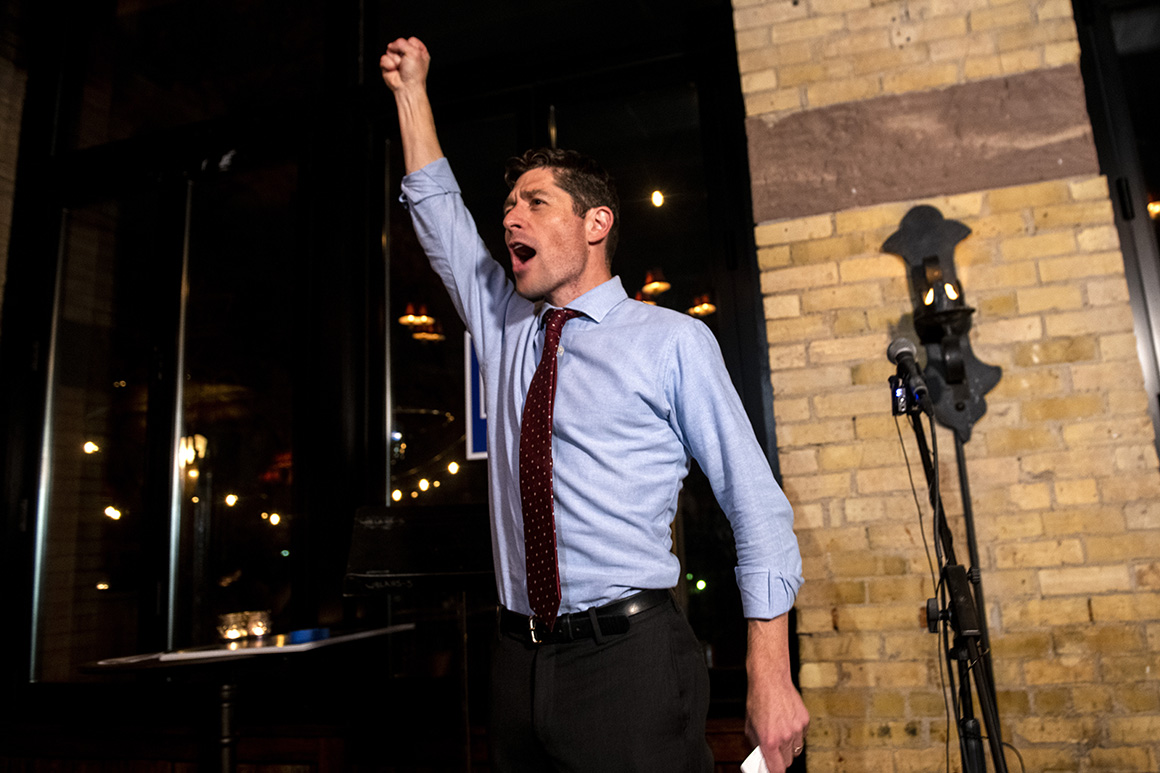 Buffalo elected a write-in moderate over a Democratic socialist. Minneapolis rebuked a measure to “defund the police.” Atlanta will choose between two police-friendly candidates in a runoff.

Tuesday’s municipal elections tested some of Democrats’ most ambitious policies and candidates in more than half a dozen big cities. Most of them didn’t make the cut.

Public safety dominated a majority of big city elections as the top issue this year, offering a dividing line between the left and more moderate Democrats. While well-funded moderates sought incremental reforms to some cities’ police departments, progressive organizations like the Working Families Party and Our Revolution poured hundreds of thousands of dollars into campaigns for candidates who supported divesting funds from law enforcement to reinvest in communities of color.

Yet, amid a nationwide crime spike and voter concerns about defunding the police, a majority of progressive candidates and ballot measures fizzled. In races like those in Buffalo and Minneapolis, moderate candidates emerged victorious, bolstered by name recognition and comparatively larger fundraising war chests from the Democratic establishment. And left-leaning candidates calling for sweeping policing reforms distanced themselves from — and were, in some cases, still tactically tied to by their opponents — calls to defund.

“One of the realities is, even when there’s a big groundswell of people that are calling for accountability, the police, their unions, their concerns have done a really good job of capturing the political clout, especially on the local level,” said Maurice Mitchell, national director of the Working Families Party, who said his organization had hoped to “create a similar tension and a similar choice for elected officials on the ground.”

There were a handful of bright spots for progressives, however: One of the measures reforming city law enforcement ultimately passed, in Cleveland’s Issue 24, which establishes a civilian review panel for the city’s police department. Both Boston and Cleveland elected progressive mayors in Michelle Wu and Justin Bibb. And while Minneapolis will keep its police department as is, voters supported a charter amendment to authorize rent control in the city.

Here’s a look at Tuesday’s biggest urban elections — and the issues that drove them.

Atlanta gets tough on crime

The race to lead Georgia’s capital city will head to a runoff between City Council President Felicia Moore and Council member Andre Dickens. Each of them prioritized crime and public safety in their campaign messages, citing a nearly 60 percent spike in homicides in Atlanta.

Dickens’ victory presented a major upset to former Mayor Kasim Reed, whose high name recognition, fundraising prowess and I-alone-can-fix-it message on crime gave him a narrow lead in a majority of preelection polls. Dickens cited the large number of undecided voters in the election as a driving force behind his success.

“People got to know me and they stopped being undecided and a lot of them came my way,” he told Atlanta’s 11Alive shortly before the final vote tally.

Dickens bested Reed by fewer than 700 votes. He also had the support of city heavyweights like former Mayor Shirley Franklin. Moore, for her part, boasted high name ID as a longtime City Council member and outgoing City Council president. She also gained support from national groups such as EMILY’s List. Dickens and Moore will face off again on Nov. 30.

‘Defund the police’ fails in Minneapolis

The city that sat at the epicenter of a summer of protests against police violence and systemic racism voted down a ballot amendment that would overhaul its police department. The ballot amendment, also known as Yes 4 Minneapolis, would have replaced the police department with a department of public safety. It failed by 12 percentage points on Tuesday, marking a win for the pro-police wing of the Democratic Party in the majority-progressive city.

Incumbent Mayor Jacob Frey had opposed the measure. Frey garnered more than 40 percent of the vote, followed by community organizer Sheila Nezhad and former state Rep. Kate Knuth, to secure another term. The mayor faced more than a dozen other challengers in the race after activists harshly criticized his handling of last summer’s protests in the city and his refusal to support the ballot measure on policing. 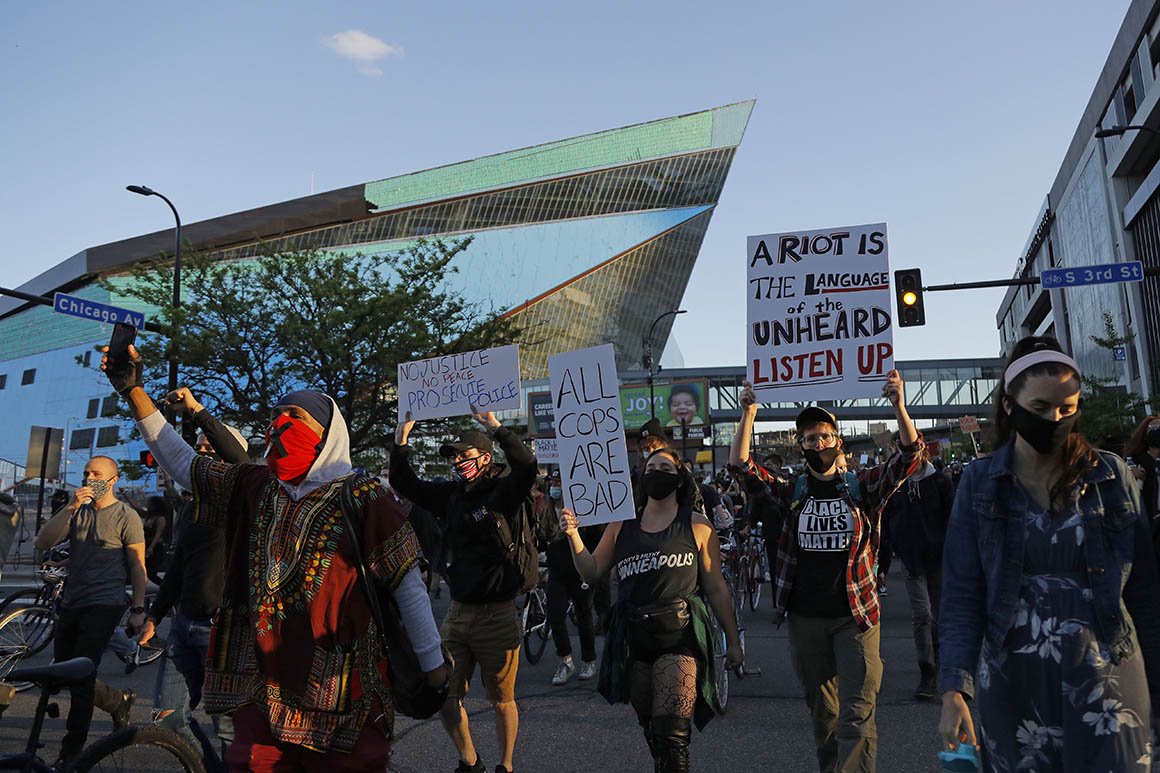 In his victory speech Tuesday night, Frey said the election results show that Minneapolis is “sending a message to the entire nation that real progress requires real work.” He added that “real and serious government and true change in our society is not about a hashtag or a slogan, but is about doing the hard work each and every day, recognizing that the precision of our solutions must match the precision of the harm that was initially inflicted.”

In Miami, Republican Mayor Francis Suarez won a second four-year term with an overwhelming majority of the vote. Suarez, who was widely favored to win reelection, garnered more than 78 percent of the vote as he defeated five other challengers, none of whom had run for office before.

Over the past year, Suarez — an open critic of former President Donald Trump — has built up his national profile with a push to build out Miami as a tech hub, courting entrepreneurs, tech startups and venture capitalists to the Magic City. Suarez, 44, has not ruled out a future in national politics. 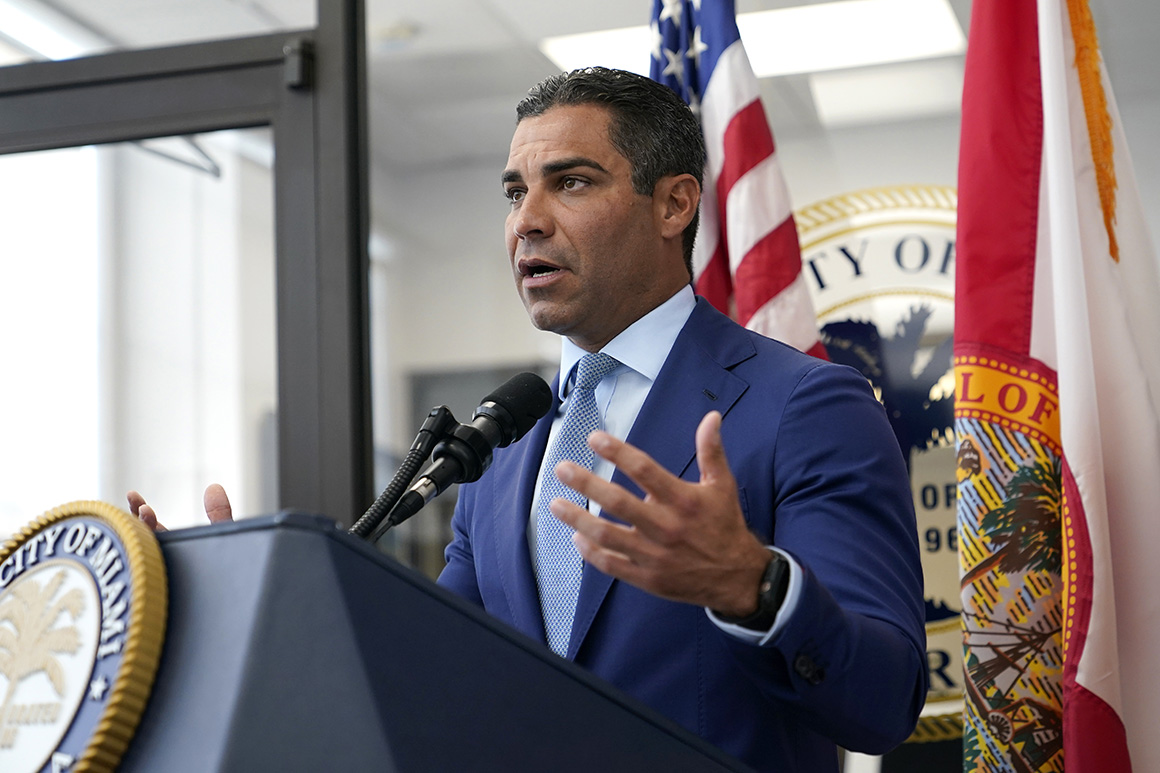 In recent weeks, however, Suarez received attention in Miami for his silence during a feud between city commissioners and the now-former Miami Police Chief Art Acevedo. The conflict, in which Acevedo alleged city officials were interfering in ongoing police investigations, resulted in Acevedo’s firing. Suarez played a key role in hiring Acevedo, the former Houston police chief, but stayed quiet throughout weeks of a drawn-out process and public hearings. Acevedo, who Suarez previously called the “Michael Jordan of police chiefs,” has since criticized the mayor, saying “the city was not ready for reform.”

How he handles these issues will require him to encourage cooperation among the city’s progressive and moderate factions.

“Let me be clear on this, I’m not creating a division between my firefighters, my police officers, my EMTs, my teachers, my other civil service. We are in this together. We will find a way to get through this together. No division,” Adams said in a victory speech in which he pledged to “take our city in a new direction.”

Adams, who will replace term-limited Mayor Bill de Blasio in January, made it clear he thinks the city has been headed in the wrong direction, using words like “dysfunctional,” “failure” and “reset” to describe his agenda.

On a lackluster night for the left across the map, progressives got a big win in Boston with Michelle Wu, a 36-year-old protégé of Sen. Elizabeth Warren (D-Mass.), who stormed to victory in the open-seat mayoral election and promptly declared the city a proving ground for progressive policy.

Wu defeated her more moderate rival, City Councilor Annissa Essaibi George, by a commanding 27 points, according to the city’s unofficial tallies. She shattered multiple glass ceilings in the historically parochial and patriarchal city, becoming the first elected female mayor, first elected mayor of color and first elected mayor of Asian descent by selling her progressive vision of Boston as a city with a Green New Deal and a fare-free transit system. 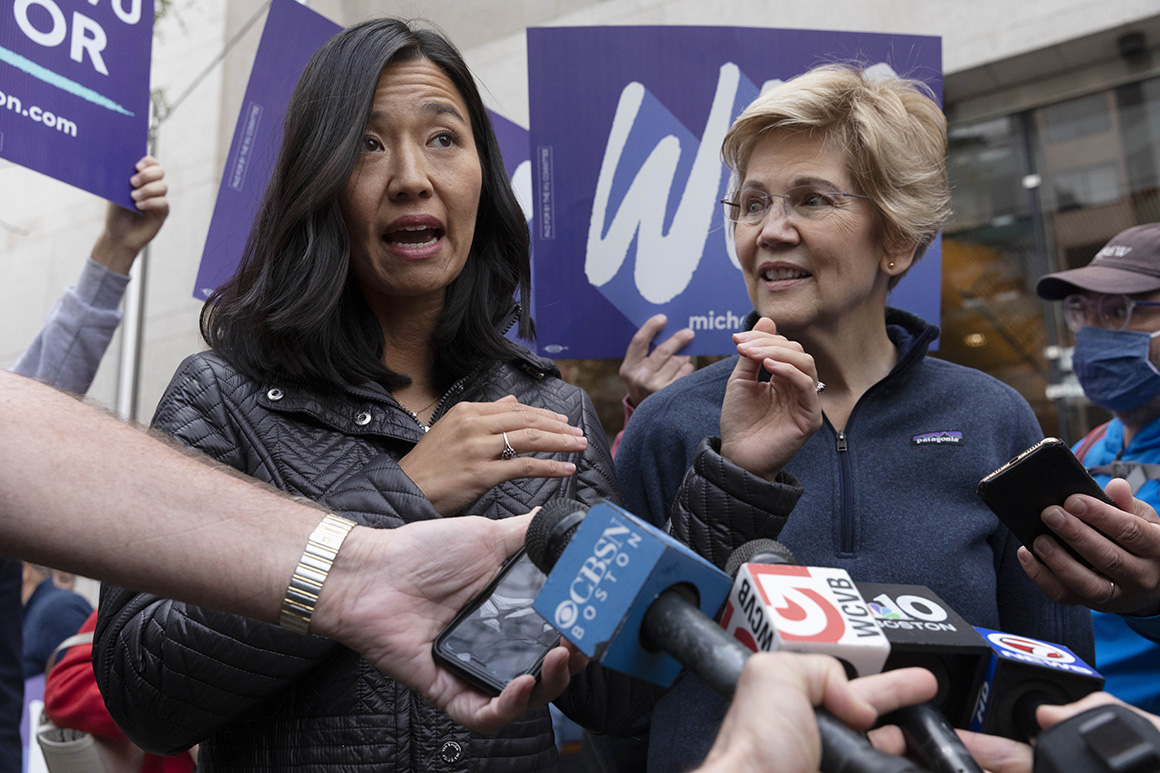 Yet Wu was attacked by her opponent and super PACs supporting Essaibi George over her calls to reallocate resources within the city’s police department and was repeatedly painted as someone who wanted to “defund the police” — a term she doesn’t appear to have actually used. While policing reform wasn’t as central to the Boston mayor’s race in the general election, Wu will be tested on it imminently. She’s pledged to undertake a nationwide search for a new police commissioner when she takes over from the city’s acting mayor in just two weeks.

Moderate Mayor Byron Brown is headed for a fifth term in Buffalo, N.Y. — a once-improbable comeback from a June primary defeat made possible by an aggressive write-in campaign.

Brown declared victory in an upset Tuesday over his own party’s nominee for mayor, Democratic socialist India Walton, who’d upset him in the primary just a few months prior.

After stunning her party’s establishment in the primary, the 39-year-old registered nurse and community organizer came into the general election with the support of both the insurgent left and establishment figures, including Senate Majority Leader Chuck Schumer and Sen. Kirsten Gillibrand (D-N.Y.). Brown played to independents and Republicans in his bid to keep his seat, reportedly distributing tens of thousands of stamps telling voters to “Write Down Byron Brown.”

In a race that served as both a test of the left’s organizing might and as a proxy battle between progressives and moderates, policing became a flashpoint. As Walton called to redirect $7.5 million from the Buffalo Police Department budget toward initiatives to reduce crime and bolster youth employment, Brown accused her of wanting to defund the department. He even put out a campaign video on the subject calling her and her plans “too risky” for Buffalo.

Central to it all in the city that made headlines in 2020 for its police-free protest zone was the debate over defunding the police.

The majority of the Seattle City Council voted in 2020 to slash the police department’s budget by 50 percent, including González. But there’s been a wholesale shift away from cries to defund the police since.

Harrell, a former City Council president who struck a balance between vowing to bolster the police force’s dwindling ranks and calling to “change the culture of the police department,” hammered González for her past support for the budget cut even as González distanced herself from calls to defund.

“I would say to the abolitionists and the defunders that we need to drive outcomes and invest in outcomes that we want,” Harrell told NPR affiliate KUOW. “We want culturally competent, deescalating officers who take their oath of office in such a way that they will protect all communities.”

Sabrina Rodriguez contributed to this report.