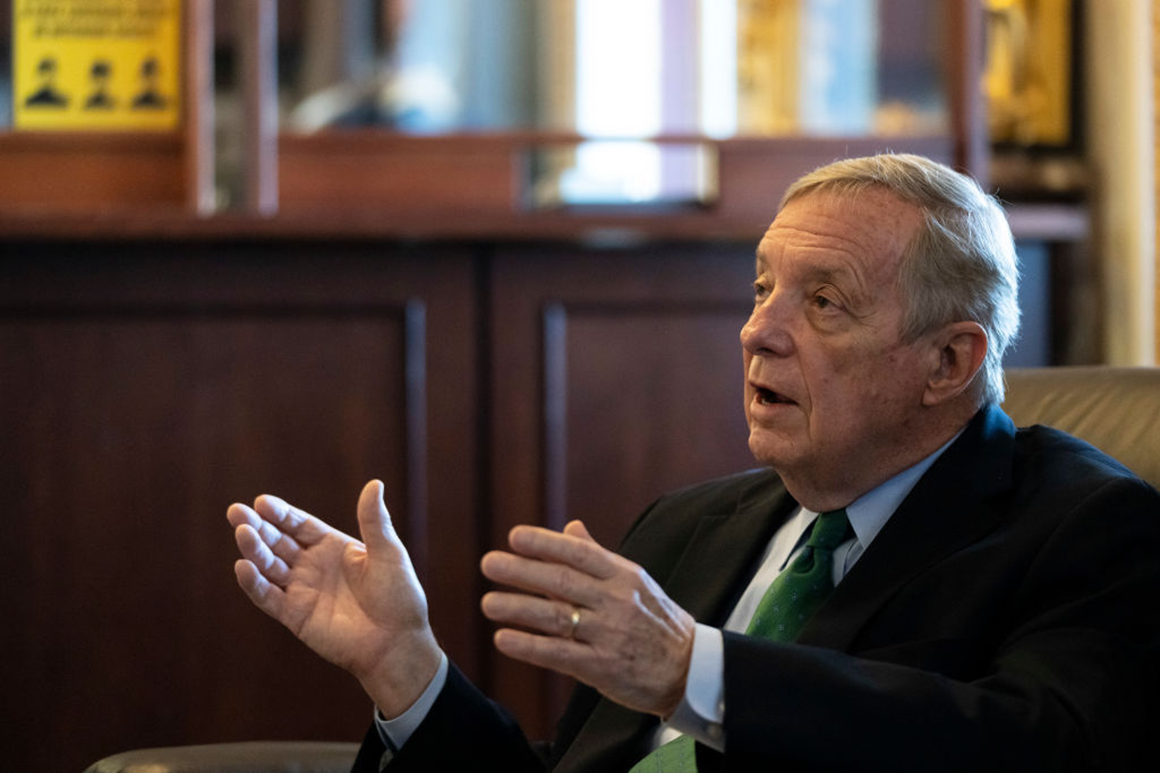 Senate Democrats on Tuesday announced an agreement on drug pricing reform, coming out in favor of allowing Medicare Part D to negotiate directly with pharmaceutical companies for the first time since its creation, a move the drug industry has fought hard against for nearly two decades.

While the latest proposal is far weaker than the version passed twice by the House, even staunch progressives in both chambers are preparing to accept that it’s likely the best they’re able to get in the narrowly divided Congress.

“We’ve heard from people across the country who have serious illnesses and can’t afford their medicine,” Senate Majority Leader Chuck Schumer told reporters Tuesday. “Today we’ve taken a massive step forward in helping alleviate that problem…It’s not everything we all want. Many of us would have wanted to go much further, but it’s a big step in helping the American people deal with the price of drugs.”

An outline of the most recent policy, obtained by POLITICO, would empower the government to negotiate the cost of 30 drugs by 2028, and would carve out exceptions for small biotech companies. Only drugs that have been on the market for several years and have passed their initial exclusivity periods would be eligible for negotiation, according to the outline, which began circulating among lobbyists earlier this week. To the dismay of progressive lawmakers and outside advocates, the deal would also limit drug companies’ price hikes to the 2021 inflation rate, not the far lower 2016 rate they had initially supported.

Sen. Kyrsten Sinema (D-Ariz), a persistent critic of drug-pricing reforms, is supportive of the new version, her office announced Tuesday, calling it “historic” and “transformative” and arguing the industry-friendly changes to the policy will “ensure Arizonans and Americans continue to have access to life-saving medications, and new cures and therapeutics.”

The backing of all 50 Senate Democrats for the new drug pricing compromise allows them to settle one of the thorniest outstanding issues in the nearly $2 trillion spending package the party is racing to pass in the coming weeks.

“I would prefer a much stronger version, but I don’t want to end up empty handed,” he said. “I want more than this, but I’ll take it because it’s a step in the right direction — a modest beginning.”

Still, some Democrats worry the narrower policy will fail to deliver on the party’s campaign trail promises to meaningfully lower drug prices and fail to generate the hundreds of billions of dollars in federal savings needed to pay for other health priorities, such as expanding Medicaid and adding benefits to Medicare. In particular, progressives fear that waiting until 2028 to negotiate the prices of a handful of drugs will do little to make a dent for Americans struggling with soaring drug costs.

“The Veterans Administration spends half as much on prescription drugs as does Medicare, and that is totally absurd,” he said.

In the House, the Progressive Caucus last week was ready to back the overall social spending bill without any drug pricing reforms included. But they have not endorsed the new language, saying they have yet to be briefed on the details.

“No one is 100 percent happy, but it’s really good for seniors,” said Scott Peters (D-Calif.)

Some members close to leadership, including Rep. Jan Schakowsky (D-Ill.), pointed to the success the pharmaceutical industry has had in bending the policy in its favor over the last few months with a ramped up effort of lobbying, advertising and campaign donations.

“They have a very powerful influence in this Congress,” she said.

But several leaders of the talks, including Durbin and Finance Chair Ron Wyden (D-Ore.), insist that the policy is a major improvement over the status quo, because Medicare currently can’t negotiate the cost of any drugs and seniors have no limit on the amount they have to spend out of pocket on their medications.

The Pharmaceutical Research and Manufacturers of America, a trade organization for the industry, did not immediately respond to a request for comment.

Wyden said Tuesday the bill will still have “some real wins for patients and consumers,” particularly a new $35-per-dose cap for insulin, the application of inflation caps to the commercial market as well as Medicare, and negotiations over some of the most expensive drugs in Medicare Parts B and D, like those for cancer and arthritis.

“For the first time, the government will no longer have its hand tied behind its back,” Wyden said Tuesday. “That’s a real sign of progress.”

Even centrist lawmakers who had previously hesitated to endorse the policy told POLITICO they feel good about where the drug pricing deal landed.

Sen. Tom Carper (D-Del.) said he’s pleased the negotiations would “not include the whole universe of drugs.”

“It’s similar to what we do with the VA, where there’s a formulary — not every drug under the sun,” he told reporters.

Menendez, stressing that he hails from a state with “300,000 jobs in the pharmaceutical industry…that create life-saving drugs,” disputed that the policy now under discussion is too deferential to Big Pharma.

“They’re not supportive of price negotiations, but it will have price negotiation, and we will get a big chunk of money out of them,” he said. “We want to make sure seniors at the drug counter get the greatest relief possible, not just that the government saves money. I think there are provisions in the latest version that will do that.”