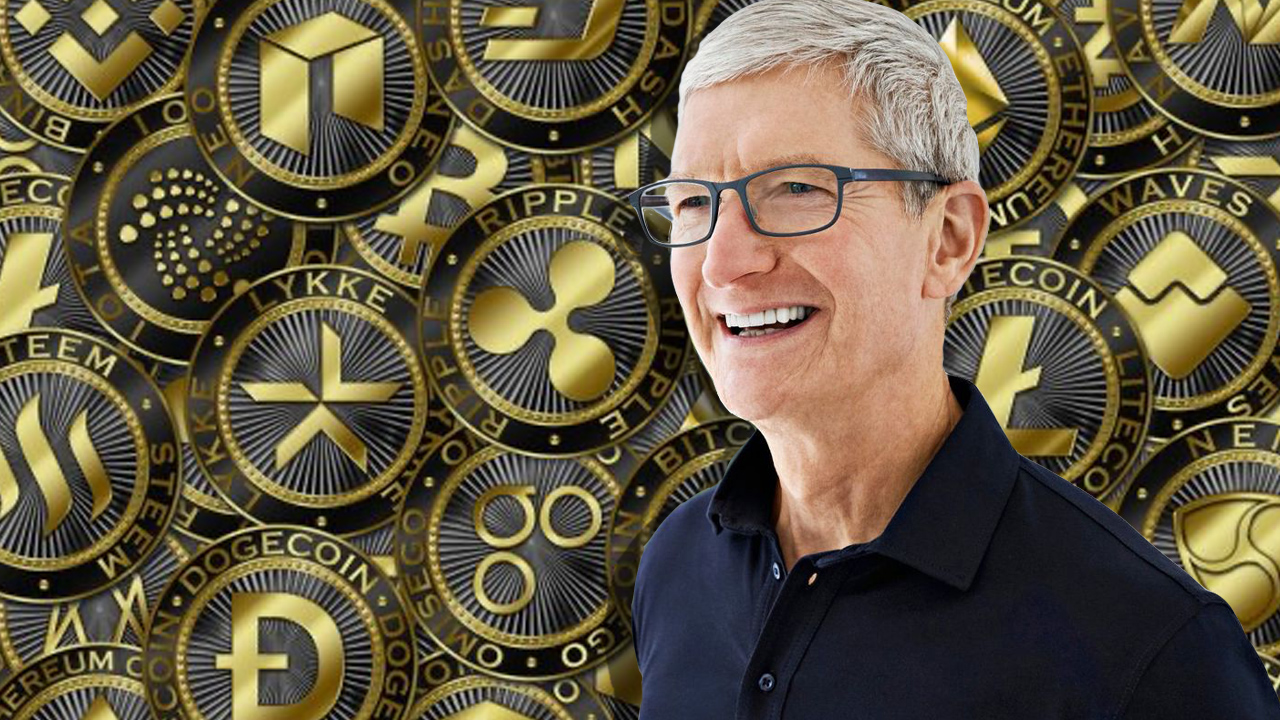 The CEO of the tech giant Apple, Tim Cook disclosed that he owns cryptocurrency and said that he thinks it’s reasonable to own it as part of a diversified portfolio.” Cook’s statements stemmed from an appearance with the New York Times Dealbook’s host Andrew Ross Sorkin.

The cryptocurrency economy has been on a tear and recently captured $3 trillion in value this week as bitcoin (BTC) and a number of other crypto assets reached all-time price highs. The value of the crypto economy is now more than $500 billion larger than the market capitalization of Apple. The crypto economy also grew significantly faster in value than the American multinational technology company.

Meanwhile, Apple’s CEO disclosed that he owns crypto and the executive thinks that its reasonable to add to a portfolio. When asked if he owns crypto, Cook responded: “I do. I think it’s reasonable to own it as part of a diversified portfolio.” Furthermore, Cook was asked what he thought about “potentially accepting [cryptocurrency] through Apple Pay or otherwise.” The Apple CEO replied:

Um, it’s something that we’re looking at. It’s not something we have immediate plans to do. I would sort of characterize it as there are things that I wouldn’t do like our cash balance. I wouldn’t go invest that in crypto, not because I wouldn’t invest my own money in crypto, but because I don’t think people buy Apple stock to get exposure to crypto.

On Twitter, Microstrategy CEO Michael Saylor responded to Cook’s cash balance statements and said: “If Apple were to add support for Bitcoin to the iPhone and convert their treasury to a Bitcoin Standard, it would be worth at least a trillion dollars to their shareholders.” Many other digital currency proponents shared the Apple CEO’s statements as they were extremely pleased to hear the technology company’s executive has a hand in the crypto bucket.

After Cook said that he thinks it’s reasonable to own it as a part of a diversified portfolio, the Apple CEO further stressed: “I’m not giving anybody investment advice, by the way.” Cook added that he’s been researching crypto for some time now and he believes it is fascinating.”I’ve been interested in it for a while and I’ve, you know, been researching it and so forth. And so I think it’s interesting,” Cook noted.

What do you think about Apple’s CEO Tim Cook saying that he has been researching crypto for a while now and owns cryptocurrencies as well? Let us know what you think about this subject in the comments section below.