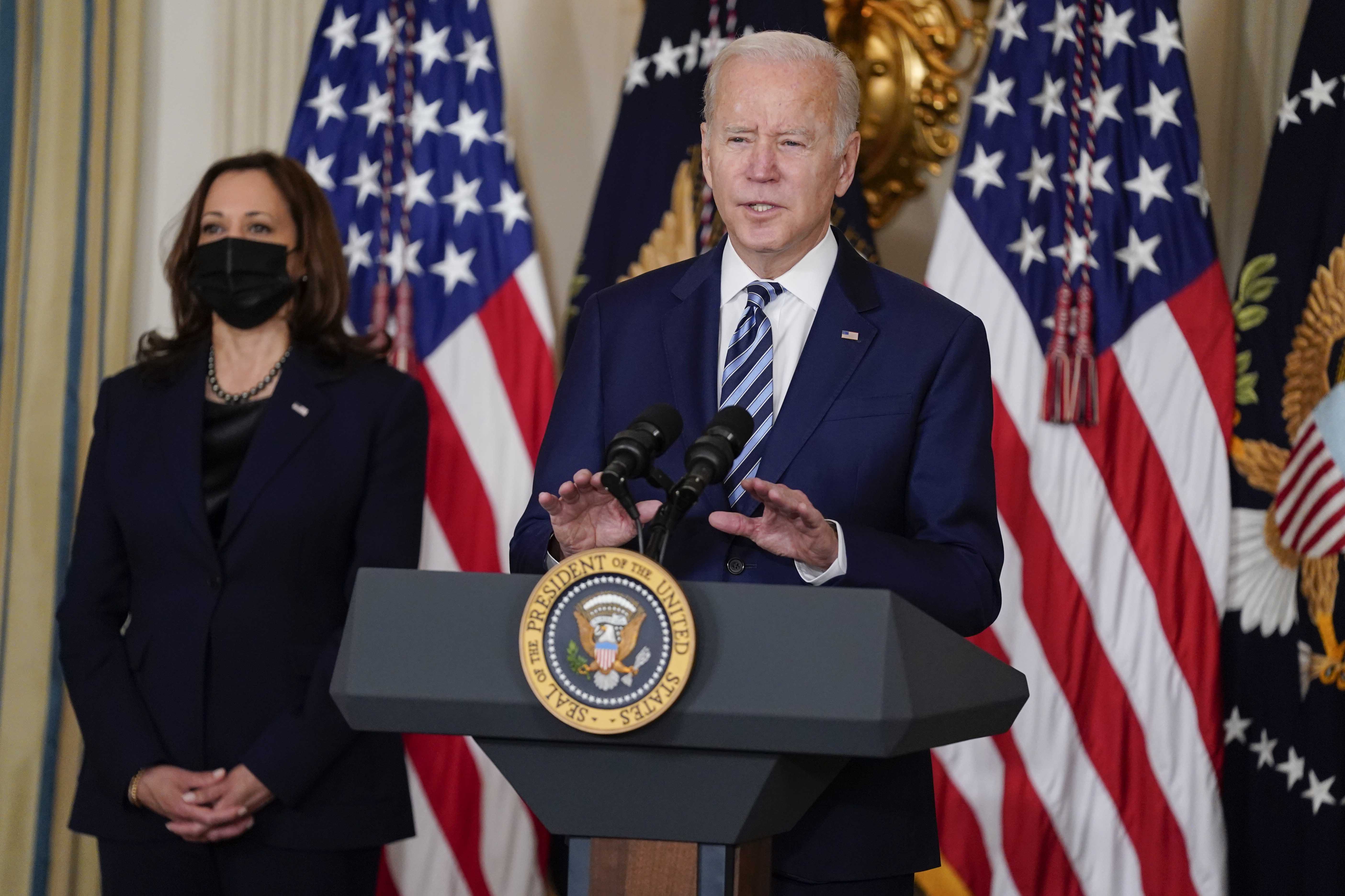 The decision would be soon. Then, it was “imminent.” At one point, it was slated to come in four days. Now, it’ll be by Thanksgiving. Maybe.

President Joe Biden has been wrestling for weeks with whether to reappoint the current chair of the Federal Reserve, Jerome Powell, or replace him with Lael Brainard, a Democrat and economist who has served on the Fed board since 2014. The process has resembled a tortured morass of indecision. Forever the senator, Biden has engaged in an extended debate, soliciting opinions and facts far and wide as he looks to fill a vital post at a time of deep economic uncertainty and political peril.

The deliberativeness around naming the next Fed chair has been a feature, not a bug, of Biden’s presidency. The president can at times be famously stubborn once his mind is made up — he was, for instance, committed for years to ending the war in Afghanistan and stood steadfast even in the tumultuous days of this summer’s withdrawal. But in other instances, much to the dismay of some aides, his decision-making can seem endless, creating a vacuum quickly filled by Beltway guessing games and runaway narratives.

Biden’s approach, honed over a 36-year career in the “world’s greatest deliberative body,” can cut both ways. His defenders believe that the commitment to conversation and consensus allowed competing factions time to reach an agreement that led to the eventual adoption of the bipartisan infrastructure deal this past week. But his critics are convinced that the delays allowed the dominant storyline to be the bitter, sluggish pace of negotiations and not the real-world benefits of a transformative $1.2 trillion bill, with $550 billion in new spending.

The effects are visible at the granular level too. Inside the White House, deliberations can be glacial. Even the scheduling of the president’s day can be a painstaking process, with Biden habitually running late from meeting to meeting due to lengthy deliberations. The deliberations over the Fed chair, the person responsible for setting the nation’s monetary policy amid the highest inflation in a generation, has cast a fresh light on this Biden characteristic.

Sources close to the process say the president is still deciding between reappointing Powell, a Republican elevated to the role by former President Donald Trump, or putting his own stamp on the Fed by going with Brainard. Most members of Biden’s economic team and lawmakers in both parties have pushed for a Powell second term. But some progressive Democrats, who speak frequently to White House chief of staff Ron Klain, have resisted, declaring they want a Fed leader more committed to toughening financial regulation and addressing climate change.

Biden has continued to let the argument play out, according to three administration officials not authorized to publicly discuss private conversations. Among his considerations: how a choice could complicate the passage of his $1.75 trillion social services package, the officials said. A change atop the fiscal team could cause some senators to pump the brakes on signing off the bill for fear that it could flood the economy with more government cash amid the inflation fears.

Last week, the White House suggested that the pick would come within days, a timetable that Biden himself updated Tuesday when promoting the passage of the bipartisan infrastructure bill in New Hampshire.

“Yes, as my grandfather would say, with the grace of God and the goodwill of the neighbors, you’re gonna hear that in about four days,” Biden said.

But that fresh timeline held for only about 24 hours.

“What I can say is that the president will likely make a decision before Thanksgiving and he continues to engage with his senior economic team,” deputy White House press secretary Chris Meagher said while speaking to reporters aboard Air Force One en route to Michigan on Wednesday.

Some West Wing aides have argued that a delay would be helpful, since either pick could potentially alienate lawmakers right as they’re casting votes on the reconciliation package. Biden needs to maintain the support of every Democrat in the Senate — and virtually every Democratic in the House — against unified Republican opposition. But others have argued that markets could begin to get rattled by the uncertainty, since Biden’s political fortunes may be tied to how the next Fed chair responds to a period of high inflation that is lasting longer than the central bank or the White House anticipated.

Fed officials will have to decide whether or when to raise interest rates to restrain inflation. If they move too little or too slowly, they run the risk of letting inflation get worse or last longer. But if they move too much or too soon, there is a risk of causing an economic downturn.

“It’s hard to imagine a more critical time to have the right Fed Chair,” said Steven Rattner, a senior economic adviser in President Barack Obama’s administration, who has been critical of the Biden team’s approach to inflation. “You have accelerating inflation in an economy that is still recovering. It is vital to have the right hand on the wheel.”

Going slow can be the Biden way.

In the Senate and as vice president, he would hold long deliberations with aides before coming to a decision. He famously wavered for months about running for president in 2016 before ultimately deciding against doing so. Before launching his 2020 campaign, he again hemmed and hawed before announcing his candidacy, which meant some possible staffers had already taken jobs with rivals.

But even some political opponents see the wisdom in a process that, while lengthy, allows both sides to have time to honestly size up each other.

“Biden’s chief virtue as a negotiator is the understanding that ‘Look, you have politics on your side, I have politics on my side, we both have to live within our political constraints,’” said Rohit Kumar, former deputy chief of staff to Senate Republican leader Mitch McConnell of Kentucky, who was in the room when Biden, as vice president, held lengthy negotiations with GOP leaders.

Biden’s pitch, Kumar added, is often simple: “‘I know there are certain things you can’t do and I am not going to make them deal breakers. We have to get a deal I can sell, a deal you can sell.’”

As president, Biden is known to pepper his advisers with questions, demanding extra calls with policy experts and academics. He seeks out minutia but loathes jargon, flashing anger at aides who don’t deliver information in methods easily translatable for voters. His “Socratic journey,” as some aides call it, can wreak havoc on the West Wing schedule, with decisions stretching weeks beyond their due date.

Meetings with health experts around vaccine distributions and mandates ran hours past their allotment. Preparations for his June summit with Russia’s Vladimir Putin stretched into multiple sessions in the Situation Room. As he pushed his two-part legislative agenda through Congress, he has been overly deferential to lawmakers on the Hill, allowing them to run point on negotiations. Biden even made two trips to the U.S. Capitol without making a demand for the Democratic caucus to vote on his infrastructure proposal.

Some members of his own party — including Michigan Reps. Debbie Dingell and Elissa Slotkin — both went on TV to call for Biden directly to play more of an assertive role in getting a deal. But the White House and other Biden allies have continued extolling the mantra that the end result, no matter how messy the process, is all that matters. And that the same thing will be true once the Fed chair decision is made.

“This is not indecisiveness. This is deliberateness,” said Adrienne Elrod, a senior aide on Biden’s transition team and aide to Hillary Clinton’s presidential campaign. “He took the time necessary to get to the best outcome. He didn’t rush the process, he took the time to have conversations with key lawmakers on both sides of the aisle.”