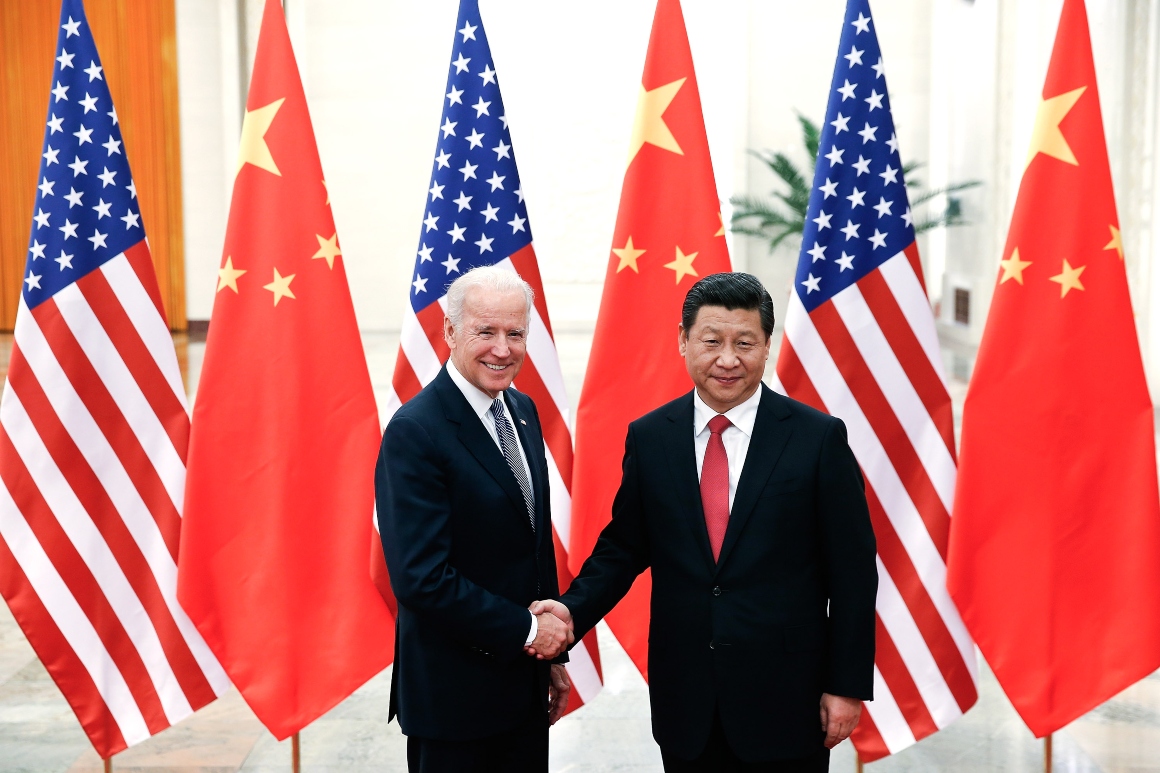 The much-anticipated virtual summit between President Joe Biden and Chinese leader Xi Jinping is tentatively scheduled for the evening of Nov. 15, a U.S. official told POLITICO on Wednesday. A second non-administration source familiar with the summit’s planning also confirmed the date.

The two leaders telegraphed their intent Tuesday to establish a positive tone for the summit via letters of congratulations both leaders sent to the National Committee on United States-China Relations to mark its 55th anniversary. Xi’s letter, read by China’s ambassador to the U.S., Qin Gang, at Tuesday’s NCUSCR black-tie gala dinner, stated that “China stands ready to work with the United States to enhance exchanges and cooperation across the board … so as to bring China-U.S. relations back to the right track of sound and steady development.” The intent of the letter’s message was underscored by its wide reporting Wednesday in Chinese state media.

Biden’s letter, read by NCUSCR Chair Jacob Lew at the gala, emphasized the “global significance” of the U.S.-China relationship in addressing challenges “from tackling the Covid-19 pandemic to addressing the existential threat of the climate crisis.”

The confirmation of the summit’s date follows days of White House refusals to provide details on the agenda or its timing besides “before the end of the year.” White House officials this week have sought to lower public expectations for the summit’s outcome.

“This is part of our ongoing efforts to responsibly manage the competition between our countries, not only … about seeking specific deliverables,” White House principal deputy press secretary, Karine Jean-Pierre, told reporters at Monday’s press briefing. Jean-Pierre added that “working-level discussions are underway to confirm details,” without elaborating.

The summit presents the biggest opportunity yet to reset the bilateral relationship. No major breakthroughs are expected on hot-button issues, including tensions over Taiwan, Xinjiang and Hong Kong. But the meeting is likely to produce initiatives on a range of issues, including easing of visa restrictions, the creation of a bilateral nuclear weapons dialogue and a possible framework to ease trade frictions to demonstrate bilateral resolve to move the relationship from confrontation to cooperation.

The summit will be virtual because Xi is declining invitations to attend all events outside China. National security adviser Jake Sullivan has described it as “the next best thing” to Biden’s preference of an in-person get-together.

Both sides want the summit to defuse tensions that China’s Vice Foreign Minister Xie Feng warned in July had produced a bilateral “stalemate.”

Intractable positions — Xi’s focus on “sovereignty” and Biden’s on the “rules-based international order” — mean neither side will budge beyond reiterating standard talking points on Taiwan, Hong Kong and Xinjiang.

Biden and Xi’s overwhelming priority is to avoid the overt hostility that blighted Chinese Foreign Minister Wang Yi’s meetings with Secretary of State Antony Blinken in Anchorage in March as well as subsequent confabs with Deputy Secretary of State Wendy Sherman in July and Biden’s climate envoy John Kerry in September. Both leaders must also avoid perceptions of weakness, an area where Biden is disadvantaged by partisan bickering over his domestic policy agenda.