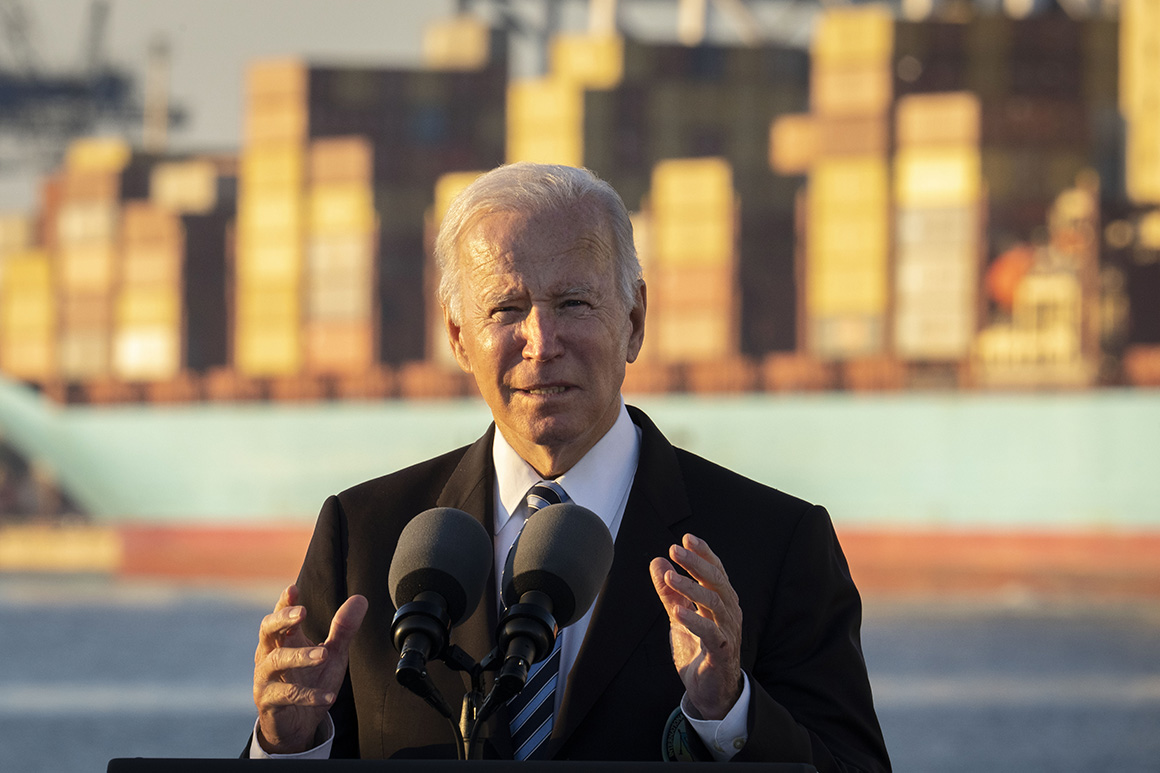 President Joe Biden is trying to convey that the economy is doing great, though its greatness still isn’t all that good; that his massive infrastructure bill is historic, but far more spending is needed and soon; and that even though America has bounced back from the pandemic better than other countries, its recovery is nowhere near complete.

Presidents rarely find themselves trapped in such obvious and politically perilous limbo as Biden now finds himself. He’s been tasked with convincing the country that things are on the right track when the vast majority of voters have made clear they still view the nation as altogether adrift. Though White House officials cheer the more than 5 million jobs added since February, the surging stock market and the rising number of vaccinations, it’s been tempered by the jump in wholesale prices, spiraling costs at the gas pump, worker shortages and supply chain bottlenecks that have dominated headlines and voter concerns.

Biden’s task was made all the more difficult Wednesday when his Labor Department revealed the latest consumer price index, showing a higher-than-anticipated increase of 0.9 percent in October from September, to an annual rate of just over 6 percent, the highest since 1990.

As they try to strike a balance between sobriety and self-praise, administration officials point to the concrete steps they have taken to help uncork the supply chain. They’ve noted time and again the more than dozen Nobel laureates who contend that Democrats’ sweeping spending plan on Capitol Hill will ease, rather than accelerate, inflationary pressures. Biden himself argued in remarks on Tuesday that for Americans focused on the cost of living, it’s even more important to pass his so-called Build Back Better agenda that’s been the subject of months of party infighting.

But in the same address to Democratic Party activists, he conceded that too few are feeling the progress he’s stewarded so far; and that even as wages have risen so too have costs. On Wednesday, Biden returned to the motif during a planned stop at the Port of Baltimore, referring to rising prices as among the most pressing economic concerns of Americans.

“Everything from a gallon of gas to loaf of bread cost more. And it’s worrisome, even though wages are going up,” Biden said, adding later: “Many people remain unsettled by the economy and we all know why. They see higher prices.”

The increasingly urgent focus on inflation marks yet another attempt by Biden and his team to steady their political standing after a precipitous autumn decline and ahead of next year’s midterms. But it also is part of the same problem they’ve been dealing with since taking office: How to convey that progress is being made without appearing so upbeat that Americans tune it out as detached happy talk or, worse, insulting spin.

“If you go too far on the positive side, you run a serious risk of looking out of touch,” said Mark Mellman, the Democratic strategist and pollster. “We’ve seen presidents look out of touch when they trumpet a recovery that people aren’t feeling yet. So it’s really a delicate balance.”

“They need to emphasize the good news,” he added, “and empathize with the trouble that people are still feeling.”

There is ample precedent for a president trying — and failing — to message his way through a recovery that has yet to be felt by voters. In 1993 and again in 2009, Americans perceived that the economy was recovering more slowly, and more unevenly, than expected, even though it was, indeed, recovering. The ensuing midterms brought painful lessons for Bill Clinton and Barack Obama alike.

For Republicans, the job has been fairly simple. The party has placed a heavy focus on the rise in prices of everyday goods — gas prices in particular — as a means of symbolizing that voters are worse off under Biden. Advisers to former Virginia Gov. Terry McAuliffe said following his loss last week that the economy, along with the pandemic, were the top issues on the minds of voters — and both were hammered down the stretch by Republican Gov.-elect Glenn Youngkin.

Since August, Republican groups have spent at least $894,000 on Facebook ads that mention inflation and rising costs, with high-spending campaigns that target Biden and Democrats on gas prices accounting for nearly half of that, according to an analysis prepared for POLITICO by Bully Pulpit Interactive, a communications and marketing agency.

Reacting to the inflation report Wednesday, McCarthy said the public was getting fed up: “The American people want an end to the chaos this administration has created.”

For months, the White House has been prepared for these attacks. Outside advisers warned that rising costs posed problems for the president both economically and politically and allied economists and former Federal Reserve officials feared the White House looked rudderless without a plan.

Biden’s economic team countered by arguing that inflation would be transitory and that some of the measures they’d put in place — including the extended child tax credit — would help families in the interim. They also noted that the current situation is historically unique, as the pandemic both hampered supply chains and caused pent up demand among consumers — two forces that have contributed to the current cost trends.

Still, 12 years ago, Biden found himself navigating somewhat similar terrain. As vice president, he helped oversee Obama’s ambitious recovery plan after the 2008 financial crisis. Privately, he agitated for a more aggressive response to criticism of the administration’s slow progress, arguing that they needed to make more forceful explanations of all of the steps they were taking to dig out of the mess they had inherited. While the country emerged from the Great Recession toward the end of 2009 and into 2010, the Obama administration found it difficult to convey progress. An early pronouncement that the country was in a “recovery summer” proved to be a liability. For the midterms, Obama settled on a hackneyed metaphor of pulling a car (the economy) out of a ditch and refusing to hand the keys back to the driver (Republicans). Democrats lost badly.

Biden later spoke in more detail about how dangerous it was not to respond more assertively about the progress they’d made.

“Even my own folks say, ‘Jeez, Joe, you got 60-70 percent of the American people [who] think we’re going in the wrong direction, don’t try to buck it,’” Biden said in a POLITICO interview on Air Force Two. “What do you mean, don’t try to buck it? If everybody doesn’t buck it, guess what, it’s gospel, man. We must have really screwed the pooch.” 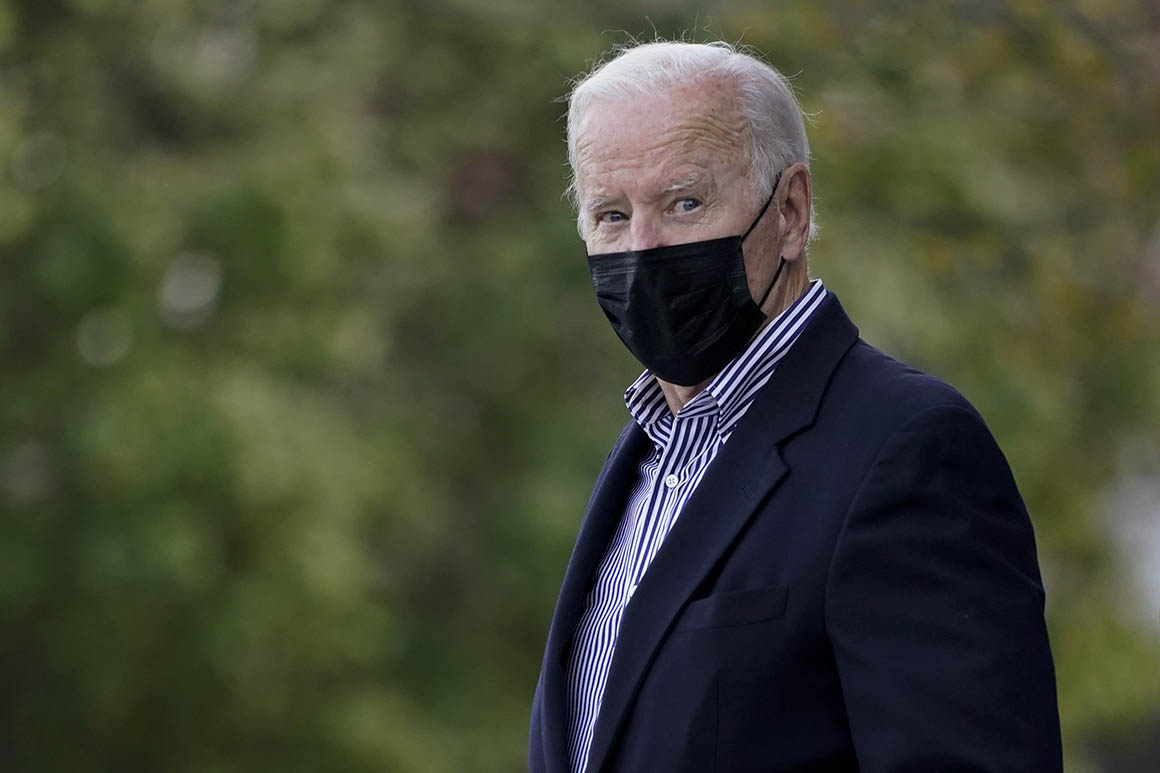 And, in the aftermath of the Obama years, Democrats pointed to the tepid sales job on the economic recovery as the main reason they took the “shellacking” in 2010 and continued to struggle down-ballot in later years. They pledged not to repeat those missteps.

For activists and advocates on the ground, the lack of sufficient messaging addressing Americans’ current anxieties is causing frustration. Maurice Mitchell, the national director of the Working Families Party, sees the disconnect as an issue of threading a precarious needle.

Mitchell said there is so much for Democrats to tout but they have to balance it with “the anxiety, the trauma, the social dislocation, the economic precarity that a lot of people are feeling.”

“If you can’t articulate in a way that shows compassion and understanding and empathy around those things when hundreds of thousands of people are dead, and that millions of people are out of work,” then the party is going to continue to seem out of step with voters’ lives.

Bishop William Barber said one way the White House could adjust its messaging to convey more empathy would be by actually talking to regular people. He says he offered to bring “impacted people of every race, creed, color, sexuality” to meet with Biden and create connections for future events or even a new take on the fireside chat.

“Let me tell you what’s in this bill. Let me show you what we’re talking about when we say Medicaid expansion. Now that I’ve [shown] you the policy, let me let you hear from [a person] who will benefit,” Barber said in an interview. “[He] is a low wage worker who works in West Virginia and Appalachia. He’s representative of the 350,000 people in West Virginia who make less than a living wage. Tell us why this is so important. Tell your story and why you are supporting this.”