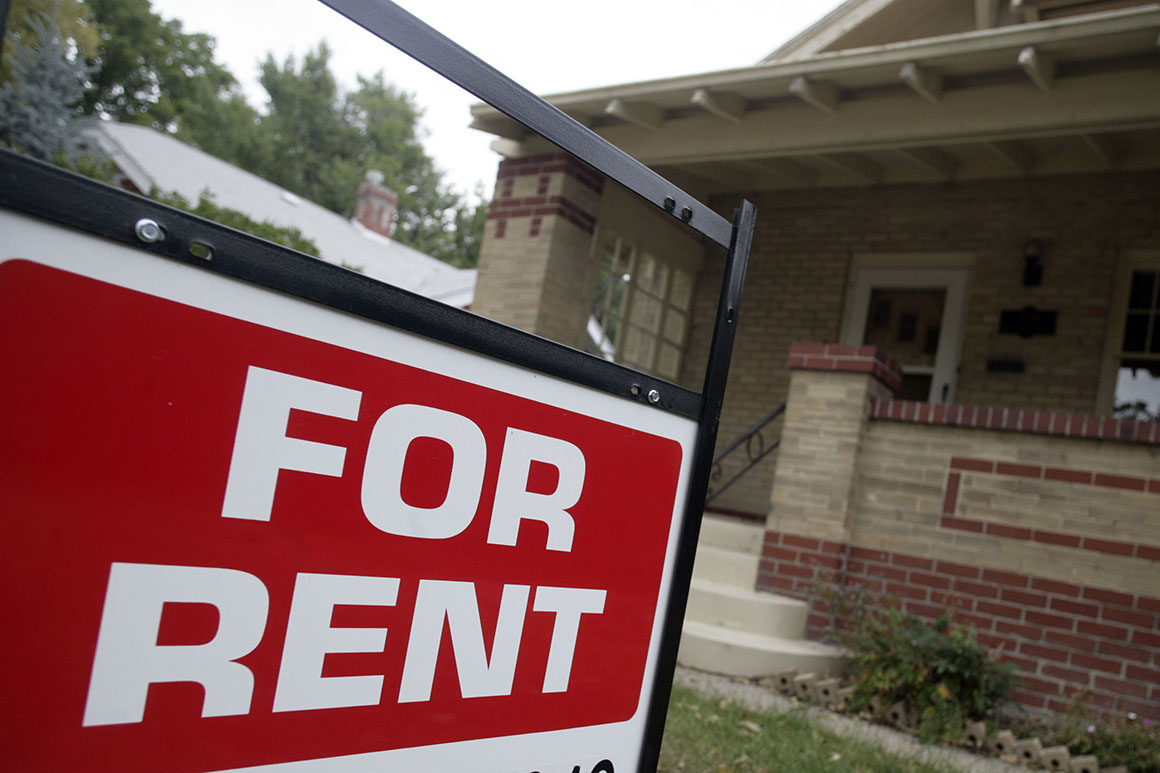 Housing costs just posted one of their largest monthly gains in decades, and many economists expect them to loom large in inflation figures over the next year heading into the 2022 midterm elections. It’s not just economists — the Federal Reserve Bank of New York said in research released Monday that Americans on average expect rents to rise 10.1 percent over the next year, the highest reading in the survey’s history.

“We could face an economy a year from now where some of the supply chain disruptions are going to ease [and] price growth will ease,” said Robert Dietz, chief economist at the National Association of Home Builders. “But housing is likely to be the one where we are going to continue to see cost growth, and that will have an impact on households.”

Housing costs for renters rose 0.4 percent in October from September, according to consumer price index data the Labor Department released Wednesday. That number, coupled with soaring home values, accounted for nearly a third of the 0.9 percent overall jump in inflation last month, which saw a blistering 6.2 percent increase from a year earlier.

The continuing increase in housing prices will likely be fodder for the GOP, which is already hammering Democrats for inflation. Sixty-three percent of Americans said they were very concerned about the rising cost of food and consumer goods in a poll of more than 10,000 adults conducted by the Pew Research Center in late September, which also found that President Joe Biden’s approval rating had fallen sharply. Rent is the largest portion of most tenants’ monthly expenses.

The Biden administration has vowed to address the home affordability crisis in the U.S., but policies are still in development and will likely have a limited impact.

“Inflation hurts Americans’ pocketbooks, and reversing this trend is a top priority for me,” Biden said Wednesday of the latest consumer price data.

The cost of housing is increasing because of a historic supply deficit. New-home construction over the last two decades has lagged by 5.5 million to 6.8 million units compared to the previous 30 years, according to a report released over the summer by the National Association of Realtors.

Home prices have risen even more dramatically in the pandemic, as white-collar workers whose finances didn’t suffer in the crisis competed for homes with more space as mortgage rates fell to record lows. The cost of goods involved in residential construction, including energy, has also increased 14.5 percent so far in 2021, more than eight times faster than over the first 10 months of last year, according to the National Association of Home Builders.

The double-digit increase in home prices has prevented people from buying their first home, and so more are renting. There are 1 million more renter households today than there were at the end of the second quarter of 2020, according to Realtors data.

The number of renters will likely continue to rise as more people return to cities to take advantage of the recovering job outlook, said National Association of Realtors chief economist Lawrence Yun, noting that people who doubled up with friends or lived in their parents’ basements during the crisis are now adding to rental demand.

Rent increases are being felt in cities like Detroit and Atlanta, both of which are in battleground states, while higher-cost cities like San Francisco and Washington, D.C., saw modest drops over the past year.

“In the more affordable and accessible areas of rentals, inflation’s up quite a bit,” said Joseph Brusuelas, chief economist at audit firm RSM. “That’s what’s behind the souring of public opinion in some respects, and that’s a chief concern of policymakers both at the Fed and the White House.”

The picture isn’t entirely dire for Democrats. Much of the surge in housing inflation was fed by “owners’ equivalent rent,” which measures how much someone could charge to rent out their home. It’s a side effect of higher home values, which for homeowners is a welcome development. But if the market stays hot, that will feed rent increases even more as some prospective buyers are priced out.

Politically, the question is how rising housing prices net out between renters and homeowners, said Dean Baker, senior economist at the Center for Economic and Policy Research.

“Your typical voter’s not looking at the CPI, they’re looking at what they pay for rent,” he said. “If you’re a homeowner, what you’re seeing is your house price has risen, so you might feel good about that. If you’re a renter, you’re probably pissed.”

Government data could also be underestimating rent inflation. It takes a little while to show up in official CPI numbers because it typically doesn’t rise until a lease turns over. Home price growth is also slow to show up.

According to inflation data, rents are still growing, year over year, at a slower pace than they were pre-pandemic. But recent month-to-month readings are some of the fastest in the last 20 years, and industry data paints an alarming picture.

The Apartment List annual National Rent Report out this month found that the national median rent had increased by 16.4 percent from January to October — compared with an average 3.2 percent increase over the same pre-pandemic period from 2017 to 2019.

The increase is expected to continue for years. The Federal Reserve Bank of Dallas projected in August that rent and owner-equivalent rent inflation would rise to 6.9 percent by December 2023 — the highest in more than 30 years — as measured by the official price index most closely watched by the central bank.

Recently, home and rent prices have been rising at a slightly slower rate month to month than they were in the summer, but it will take a while for the market to fully stabilize, according to Zillow economist Alexandra Lee.

“Even with the month-over-month cooling that we’re seeing in both markets, they’re still just operating at such unprecedentedly strong levels that we do expect them to stay hot for several months to come,” Lee said. “Even in that cooldown it’s still a historically large amount of home value growth.”