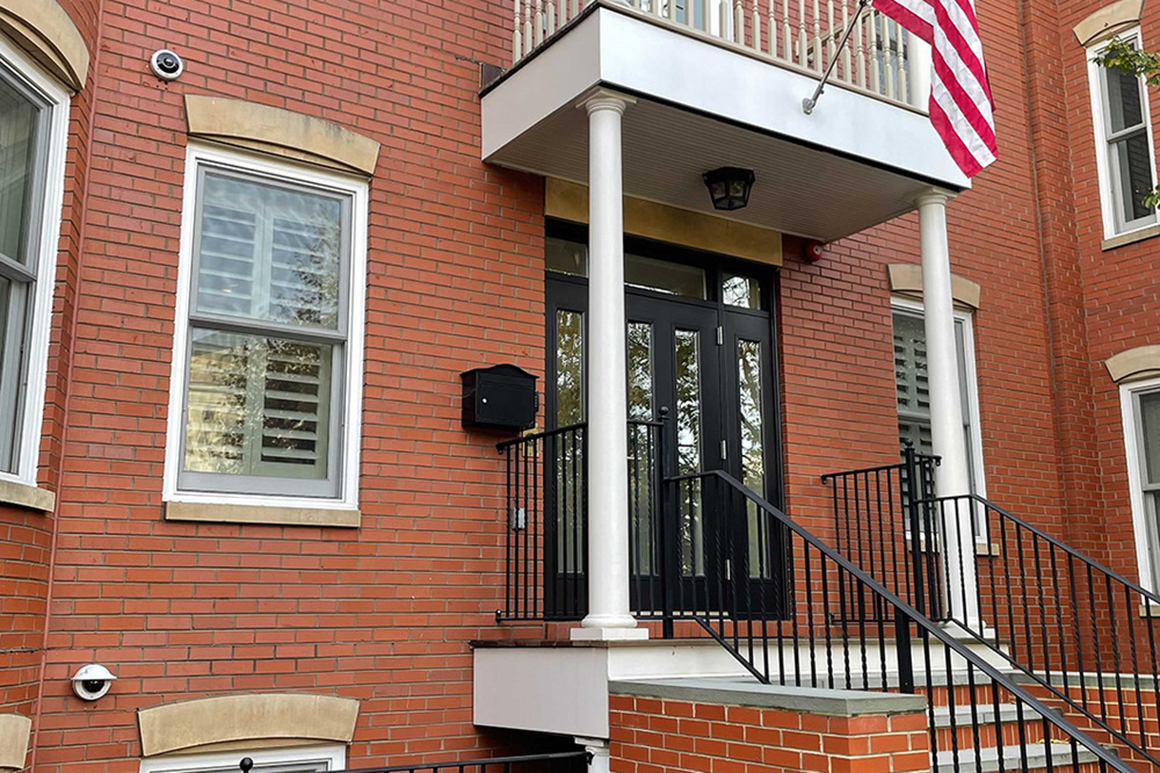 The movement inside Congress to curb tech titans like Amazon and Google is drawing energy from an unlikely hub of anti-Silicon Valley fervor: a nearby townhouse owned by another huge tech company.

The red-brick home that Oracle owns two blocks south of the Capitol has long been a popular waypoint on the D.C. fundraising and lobbying circuit, one of a slew of townhouses that corporations and advocacy groups use as perches of D.C. influence. But recent months have brought it an uptick in fundraisers for lawmakers pushing legislation that would rein in the cloud and database company’s Big Tech competitors.

And unlike other tech companies with gripes against the industry’s heavyweights, Oracle owns a prime piece of real estate on Congress’ doorstep.

Oracle’s four-story, four-bedroom townhouse is unlabeled, with only an American flag hanging over its front porch, though its existence is hardly a secret — as seen by its many appearances in Instagram photos and Facebook posts. Its legal owner, a limited liability company operated by an Oracle senior vice president, bought the home for $1.785 million in January 2012, according to D.C. property records. (District tax assessments now set its value at $2.8 million.)

Like several other corporations and interest groups with townhouses on the Hill, Oracle uses the space both to host its own events and to rent out to lawmakers and organizations such as charity groups — at cheaper rates than a hotel or restaurant might charge.

Its location is ideal for getting Congress’ ear: just across a park from the House office buildings, a block from the Capitol Hill hangout Tortilla Coast, and an easy walk to both the Democratic and Republican national party headquarters. It is steadily climbing back to full operation after pausing all live events during the pandemic, a monthslong stretch during which the townhouse underwent renovations.

“It leverages our footprint. It gives us visibility,” Glueck said, standing in the townhouse’s blindingly white foyer.

The building has amenities that are attractive to busy lawmakers and their congressional staff: a high-ceilinged conference room, a versatile open space for fundraising events complete with TV screens, a kitchen with full amenities and a rooftop deck for the summertime. Not to mention that it has a stocked wine cooler, though Glueck said the townhouse doesn’t host events past 10 p.m. to avoid any raucous partying.

Oracle also uses its house for more casual meetings between its lobbyists and congressional staffers. (“We have an espresso maker,” Glueck noted.) And Oracle executives can stay in the bedrooms when in town.

Oracle has amassed a reputation for its combative rivalries with Amazon, its competitor in the fight for a $10 billion Pentagon cloud contract, and Google, with whom it fought a decade-long copyright dispute that reached the Supreme Court. Last year, Oracle literally divorced itself from Silicon Valley, relocating its headquarters from the California tech hub to a new home in Texas, in a move that handed major economic bragging rights to Republican Gov. Greg Abbott. 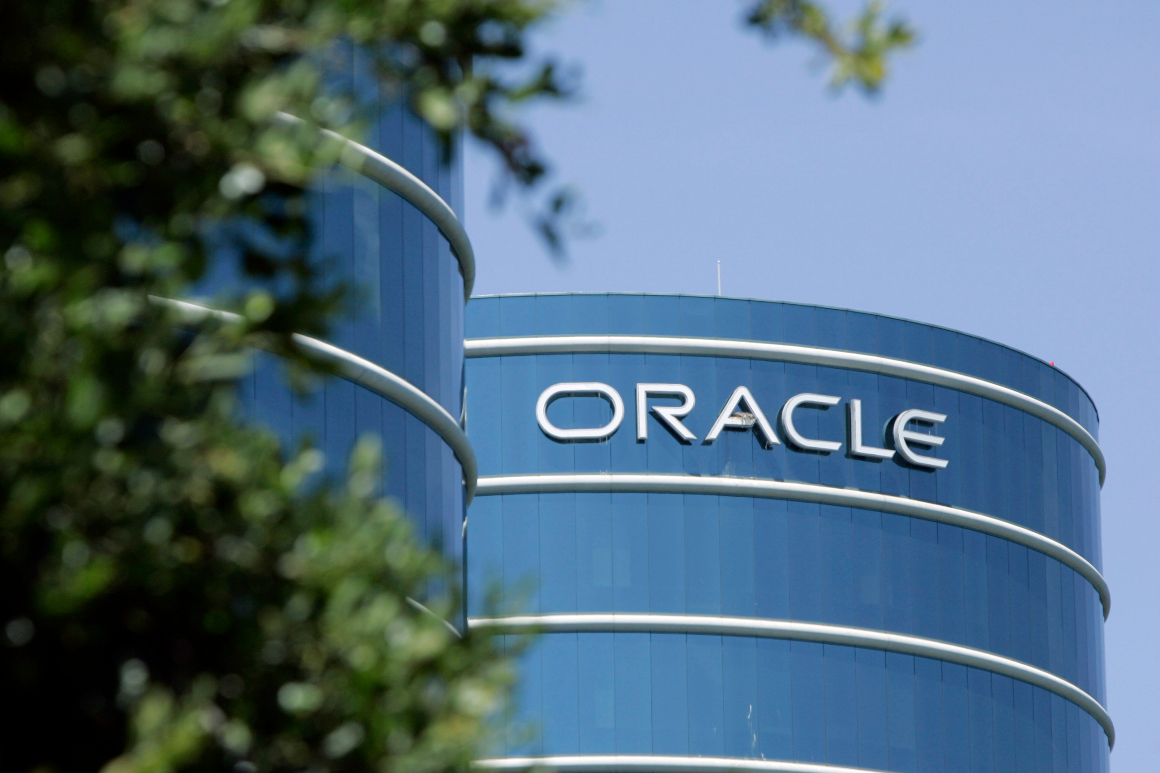 Besides antitrust, Oracle lobbies on issues related to copyright, data centers, IT modernization, immigration reform, supply chain and more, according to its lobbying disclosure filings.

The company has also forged close relationships with the GOP, especially after Oracle co-founder and executive chair Larry Ellison distinguished himself as one of former President Donald Trump’s most influential supporters. (Ellison has been a major GOP donor for years.) Still, Glueck said, it strives to host fundraisers at the townhouse for an equal number of Democrats and Republicans.

Banks, for instance, held two fundraisers at the townhouse in recent months for the House Conservatives Fund, the Republican Study Committee’s political arm, according to an invitation obtained by POLITICO. (This was even though Oracle’s political action committee had pledged in January not to support any lawmaker who, like Banks, had voted against certifying President Joe Biden’s election victory.) Seven of the GOP members of Congress who were listed as fundraiser attendees in emails promoting the events have received donations from Oracle in recent years. Two have held fundraisers of their own in the space.

But the townhouse has also attracted key Democrats pushing for tighter regulations of the big tech companies. Cicilline, who chairs the House Judiciary antitrust subcommittee, held a fundraiser at the townhouse in late July, according to another invitation POLITICO obtained.

Lawmakers have two options for hosting events at the townhouse: They can either pay Oracle’s LLC for the space, which costs between $140 and $350 per hour on average, or Oracle can write off the use of the house as an in-kind donation to the candidate. While Banks chose the former and no Oracle executives attended his fundraisers, Cicilline opted to count his own fundraiser as a donation from Oracle. Oracle reported an in-kind donation to Cicilline of $140 the weekend of the July fundraiser.

The Cicilline fundraiser, which featured House Appropriations Chair Rosa DeLauro (D-Conn.) as a special guest, required $2,500 from political action committees and $1,000 from individuals to count as Cicilline “sponsors.” Lower-tier “supporters” paid $1,000 from PACs or $500 from individuals. Cicilline has sworn off accepting money from the big tech companies — Amazon, Apple, Google and Facebook — since he began investigating them in 2019. 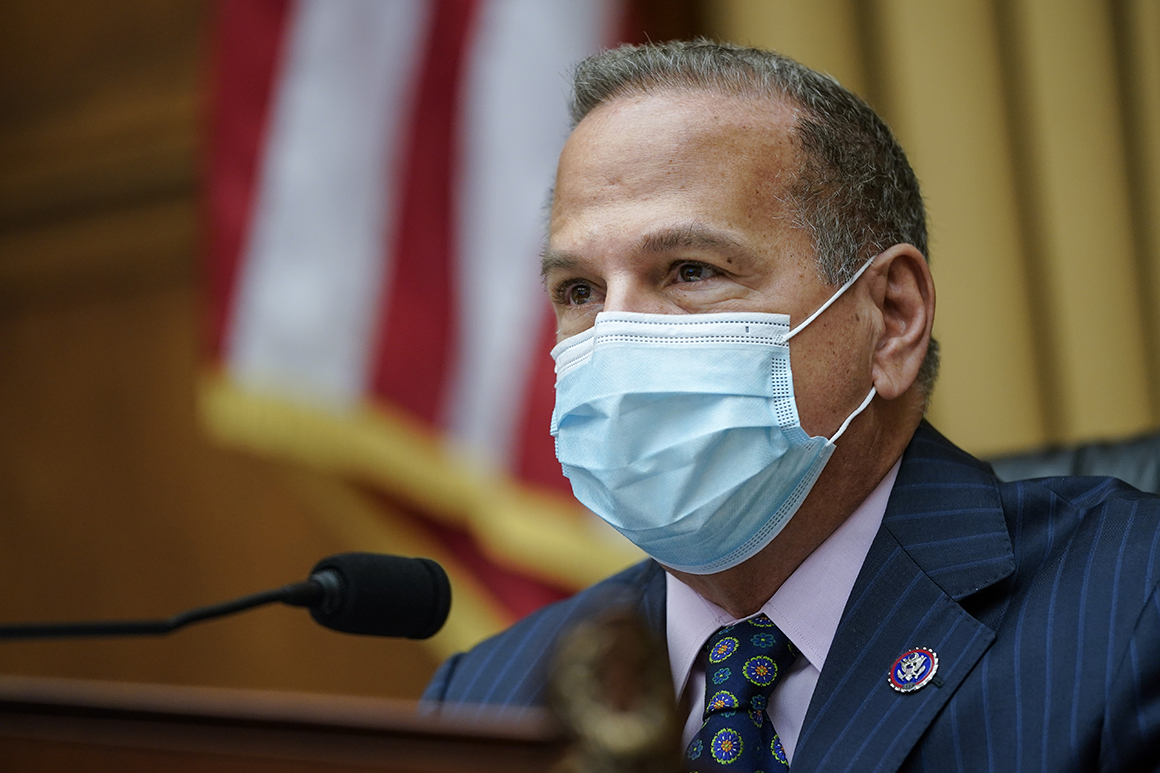 Glueck said an Oracle executive also attended the fundraiser. Cicilline’s office did not respond to requests for comment.

Together, the financial support underlines the fact that deep-pocketed corporate interests exist on both sides of the battle in Washington over reining in the power of Silicon Valley.

Complaints about the way dominant tech companies wield their power are a common thread among many of the lawmakers who have hosted fundraisers at the townhouse.

Banks, who was suspended from Twitter last month for making anti-transgender comments, has spoken out about his belief that Big Tech could “wipe conservative voices off the map.” Last week, he signed on as a co-sponsor to one of the tech antitrust bills, H.R. 3460 (117), the State Antitrust Enforcement Venue Act.

In recent months, Oracle has offered its events space as an in-kind donation for Rep. Kelly Armstrong (R-N.D.), a member of the House Energy and Commerce Committee who introduced legislation aimed at holding Big Tech accountable, and Rep. Angie Craig (D-Minn.), who has been outspoken about her belief that the social media platforms need to crack down on hate speech.

Other members who held fundraisers backed by Oracle this year at the space include Rep. Haley Stevens (D-Mich.), chair of the House Science Committee’s research and technology panel, and Rep. Kurt Schrader (D-Ore.), a member of the House Energy and Commerce Committee, which has jurisdiction over tech issues.

Glueck said Oracle is choosy about which members it hosts for fundraisers in the townhouse, selecting mostly members who sit on committees that Oracle cares about or who hail from districts where Oracle has a presence.

“It’s not a free-for-all,” Glueck said. “Pick a member I’ve never heard of, we’re not gonna do that. It reflects our general PAC giving philosophy, which is focused on places where we have facilities, committees we’re interested in, members we care about.”

Oracle is a polarizing company in Washington, where its critics have long argued that the software giant invests more money on lobbying and lawsuits than on improving its products. A famous satirical chart sketches out Oracle’s organizational structure — a huge legal department and only a few engineers.

“Oracle competes more in Washington than they do in the commercial marketplace,” said Brian Peters, a longtime tech lobbyist who has rented the house for clients’ fundraisers. He said several of his clients over the years have been on the “opposite side” of Oracle in regulatory battles.

“Their use of a townhouse is a shrewd, strategic decision that goes along with that approach, which is to compete in Washington and to beat their competitors here,” he said.

Oracle, which ranks No. 38 by one measure of the world’s most valuable companies, still spends less in Washington than the tech giants that rank in the top six. Oracle spent $9.5 million on lobbying in 2020, compared with Facebook’s $19.68 million, Amazon’s $18.72 million and Google’s $8.85 million.

But none of the other major tech companies has a townhome on Capitol Hill.

The Consumer Technology Association, a large tech trade group, has a townhouse dubbed the “Innovation House,” but it does not promote the agenda of any one company. Google, Facebook, Amazon and Microsoft all have D.C. offices near Chinatown or Union Station, within walking distance of the Senate, which they often leverage to host tech-related events and showcase their new products — but none are as close to Congress as Oracle’s nest, and they come with the baggage of corporate branding. Oracle has an office in D.C. as well, although it is farther away.

Glueck said he’s been to the Microsoft, Google and Facebook offices. “They’re all stunningly beautiful but they’re not walking distance,” Glueck said.

Neither is Amazon founder Jeff Bezos’ museum-turned-home in D.C.’s Kalorama neighborhood, or the massive new headquarters his company is building across the river in Pentagon City.

Peters rattled off the address of the Oracle townhouse by memory, underlining how central it has become for D.C. policy insiders. “There are only so many townhomes up there so at some point it starts to look very zero-sum,” Peters said. “Either industries work together or they don’t. And when they don’t, which is true for the tech industry, you can tell who plays for keep.”

Beyond the tech industry, Oracle’s townhouse is only one among many townhouses that corporations and other big players own near the Capitol. It overlooks UPS’ townhouse and is just around the corner from the Amway House, the D.C. headquarters for the multi-level marketing giant, as well as the townhouse for the Allied Pilots Association, the largest independent pilots union in the U.S.

“The only people — particularly these days — that can afford to own Capitol Hill townhouses are the very well-heeled interests,” said Meredith McGehee, a lobbying and campaign finance expert. For companies with the resources to play at this level, “you can hire high-priced talent, you can support trade associations and you can have a venue on the Hill that makes access that much easier. It’s a trifecta.”

“The point is the convenience and the access,” she added.

Oracle’s efforts are succeeding in winning friends on the Hill, even if doesn’t have many in the tech industry, said Nu Wexler, a former spokesperson for Facebook, Google and Twitter.

“Oracle is a mature company and their lobbying strategy is more traditional — probably closer to Microsoft, AT&T or Comcast than Google or Facebook,” said Wexler, who said he has attended events throughout the years at the townhouse. “It’s a cultural difference.”

“There are some folks in Silicon Valley who still think lobbying is a dirty word and they see their Washington offices as a waste of money,” Wexler said. “Oracle actually sees the importance of it, and they want their lobbyists to have the necessary resources.”

Glueck said he believes the townhouse has been a good investment for the company. It pays for itself, he said, and it doesn’t take a lot of upkeep.

“This turned out to be very interesting post-Covid,” Glueck said. “It’s a much easier, less-frictioned place to meet with staff — and it’s literally across the street.”