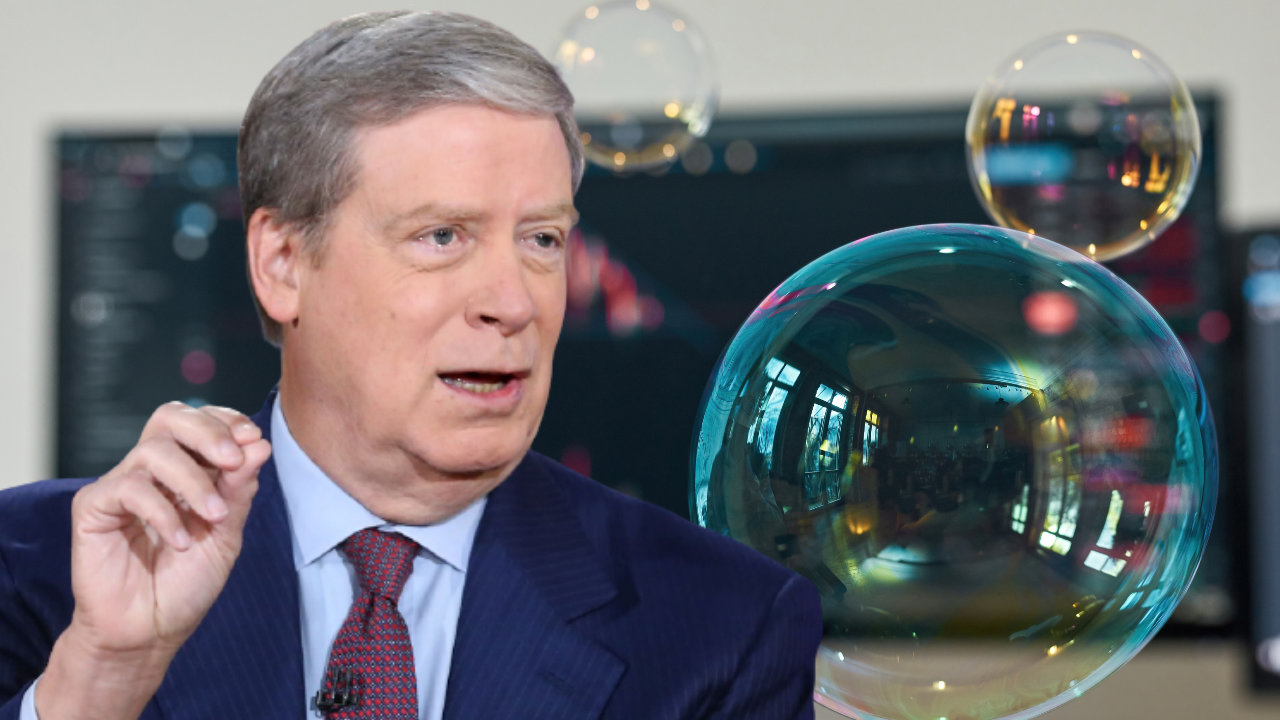 Billionaire investor Stan Druckenmiller has warned that everything is in a bubble, mentioning cryptocurrency, meme stocks, equities, and bonds in particular. “This bubble is in everything, every asset on the planet,” Druckenmiller stressed.

Druckenmiller’s Warning: Every Asset Is in a Bubble

Druckenmiller is chairman and CEO of Duquesne Family Office LLC. He was previously a managing director at Soros Fund Management where he had overall responsibility for funds with a peak asset value of $22 billion. According to Forbes’ list of billionaires, his personal net worth is currently $6.8 billion.

Yeah, crypto, meme stocks, art, wine, equities … This bubble is in everything, every asset on the planet.

The current bubble is not a narrow one like the dot-com bubble, Druckenmiller emphasized. “Everybody tries to compare this with ’99. That was a bubble in technology and, in some sense, a well-deserved bubble because the market figured out 20 years ahead of time the networking effect and that companies could come out of nowhere and have 2 billion customers. But it was a very, very narrow bubble.”

Klarman further asked if anything is not in a bubble and is undervalued. “You’re a value investor. I’m not,” Druckenmiller replied. “I don’t know what value means. I’m sure there’s value out there but I’m unable to see what it is, it’s really not my methodology.”

The billionaire chairman of Duquesne Family Office continued: “My North Star is every event in the world affects some security and I try to imagine the world as it is today and then try and see if there’s some kind of seismic change going on and how the world might look in 18 months. And if it does look that way, what are the securities that would be priced very differently than they are now?” He further opined:

I think a lot of investors live in the present, which is a disaster long term. It might work short term.

Druckenmiller revealed in November last year that he owned bitcoin, noting that the cryptocurrency was an attractive store of value that could beat gold. In June this year, he shared how he invested millions in BTC after he got a call from billionaire hedge fund manager Paul Tudor Jones about it. Jones himself said last month that he preferred bitcoin to gold as a hedge against inflation.

What do you think about Stan Druckenmiller’s warning? Let us know in the comments section below.