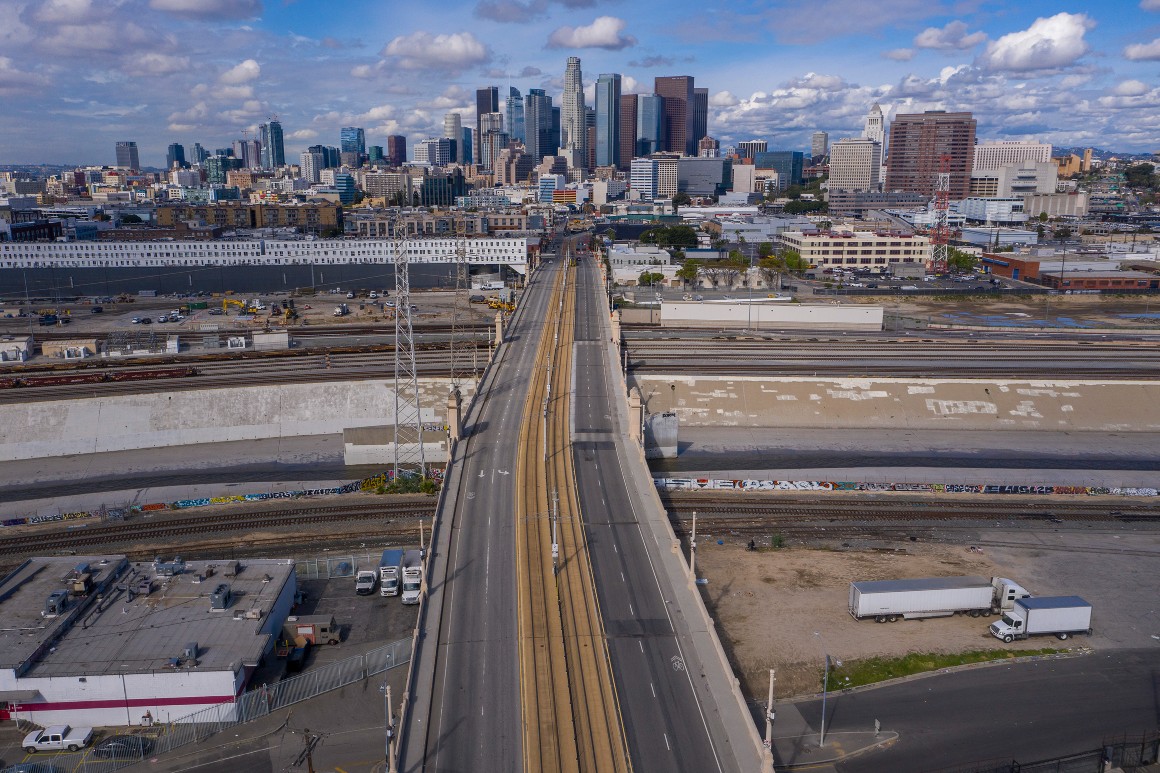 OAKLAND, Calif. — California’s hectic redistricting process has already been described as turning one proposed district into a “hot mess” and taking a “chainsaw to our congressional maps.”

And that was from one of the commissioners overseeing the map-drawing.

Weeks before California will get new district maps governing the next decade of elections, the political landscape remains in a state of flux. Commissioners have released district visualizations and then dismantled them on the spot after some campaigns and interest groups reacted with something between bewilderment and panic.

All of it comes as congressional power hangs in the balance next year, potentially tipped by battleground seats in Southern California and the Central Valley. Yet nobody knows quite yet what the battleground turf will actually look like.

The commission on Wednesday began releasing its first official draft maps, but initial versions of the House and state Assembly districts were so clunky that boundaries in heavily populated regions were comically difficult to discern. More detailed maps were expected later Wednesday.

The painstakingly complex process has played out in public view. More than a decade ago, California voters traded a system stage-managed by the majority party for an open, nonpartisan process overseen by a board of commissioners designed to be objective.

That may be beneficial for democracy, transparency and citizen advocacy. But it is giving political players heartburn while keeping candidates in a restless holding pattern during a season they would normally be laying campaign groundwork in their districts. But the pandemic delayed California’s map drawing well beyond the normal period, as it did elsewhere.

“People are upset by the chaos of it. There’s no direction that can be discerned with each new set of maps. It’s just random changes,” said Democratic campaign consultant Katie Merrill. “It appears that their effort to be transparent has really resulted mostly in chaos.”

California must finalize new House and state legislative districts by Dec. 27 — just six months before midterm primary elections. Commissioners have been racing to draw draft maps ahead of a mid-November deadline, slogging through marathon sessions of shifting boundaries and indignant public feedback.

Those preliminary maps are supposed to provide clarity. But the work of crafting them has largely generated confusion, according to campaign officials and advocates who have followed the process. Even seasoned political professionals have struggled to keep up.

“At times you were just baffled as to how they were drawing what they were drawing in the congressionals,” said Political Data Inc. Vice President Paul Mitchell. In some cases, “it’s not even a partisan thing: Are they going to draw districts that have a cohesive sense of themselves?”

Commissioners have floated and discarded proposals that seemed to place multiple Sacramento-area Democrats into overlapping seats. Some Bay Area residents recoiled when a commissioner mused about Marin County, across the Golden Gate Bridge, being folded in with San Francisco. Campaign officials are watching to see if a battleground Central Valley district loses a liberal population hub. Advocates are raising concerns about the number of Black-represented seats, or proposals that could carve up LGBTQ communities.

“When you empower a community of interest to band together and elect a candidate of choice, that candidate can then go on to advocate for that community’s interests,” said Samuel Garrett-Pate, a spokesperson for the LGBTQ organization Equality California, which has been heavily involved in the process. Conversely, he said, “redistricting can even inadvertently be used to divide and disempower communities.”

The ever-shifting maps have had the equivalent effect of a dam holding back a flood. California is losing a House seat due to anemic population growth for the first time in state history, dropping the still-massive delegation to 52 members. It is widely expected that some incumbents will retire rather than run in new districts, creating a cascade of open seats and fresh candidates. But that sea change is largely on hold until new maps emerge.

“In some of these seats, you don’t know if you’re going be running against your seatmate or have a whole new opportunity,” Democratic consultant Courtni Pugh said. “These lines have changed so much.”

Pugh noted that commissioners must account for profound demographic changes in the last decade. Ethnic groups have grown or diffused to different parts of the state, and the other side of slow growth in Los Angeles has been rapid population gains elsewhere. Commissioners must balance demands to maintain districts with primarily people of color, keep “communities of interest” intact and try to hew to existing community lines.

Those dynamics will inevitably create openings for some prospective candidates and slam doors on others.

“Some people are nervous because they’ve seen things move around a little bit, other folks are excited, particularly people that aren’t incumbents — is this going to be an opportunity?” Pugh said. “There are hard conversations and opportunities.”

The amount of change has undercut the predictive power of the November draft maps. There is a broad belief that full extent of the turnover won’t be evident until around Christmas, when the final maps are set to drop, or later.

“I don’t think there’s been any pre-positioning or hints of retirements, and there shouldn’t be because these maps are all over the place. No one should draw any conclusions from any versions of the maps that have come out, and they really can’t,” Merrill said. “The only thing I hear from my clients is, ‘Am I going to have a district to run in?’”

That isn’t to say all candidates are staying on the sidelines. Several challengers have already declared they are running for competitive House, Assembly or state Senate districts despite not knowing the shape of the seats they are seeking to represent. That early start may buoy some campaigns.

“The folks who have already gotten in are just going to have such a significant head start,” said consultant Lindsay Bubar, who is working on multiple Assembly campaigns. “You’re going to see candidates for the Legislature reporting hundreds of thousands of dollars already.”

But Bubar predicted that some people now running “won’t be anymore because they’re not in the district or the district changes.” (Unlike House candidates, state legislative hopefuls must live in the district they represent.) And she noted that many political players are waiting to spend money or issue endorsements.

“There are a number of large organizations, some donors who are holding off on support until we have final maps,” Bubar said.

The pandemic compressed the entire process by slowing the decennial census, which supplies the data undergirding new districts. That in turn delayed the dates for releasing maps, even as midterm primaries remain on the June calendar.

“We’re going to be getting these lines and going straight into the June primary. The window is a lot shorter than in 2011, and that is something that really benefits incumbents,” Mitchell said. “The late census is essentially a form of incumbent protection.”

While Mitchell said the process “definitely looks and feels more frenetic” than the first redistricting process under California’s independent commission in 2011, he argued the initial version was more opaque than the current iteration that has played out on broadly accessible livestreams.

“It was definitely a different process and feel” in 2011, Mitchell said. “It was kind of like, ‘Oh look, magic, there’s new maps,’ as opposed to this, with watching it for hours and hours.”