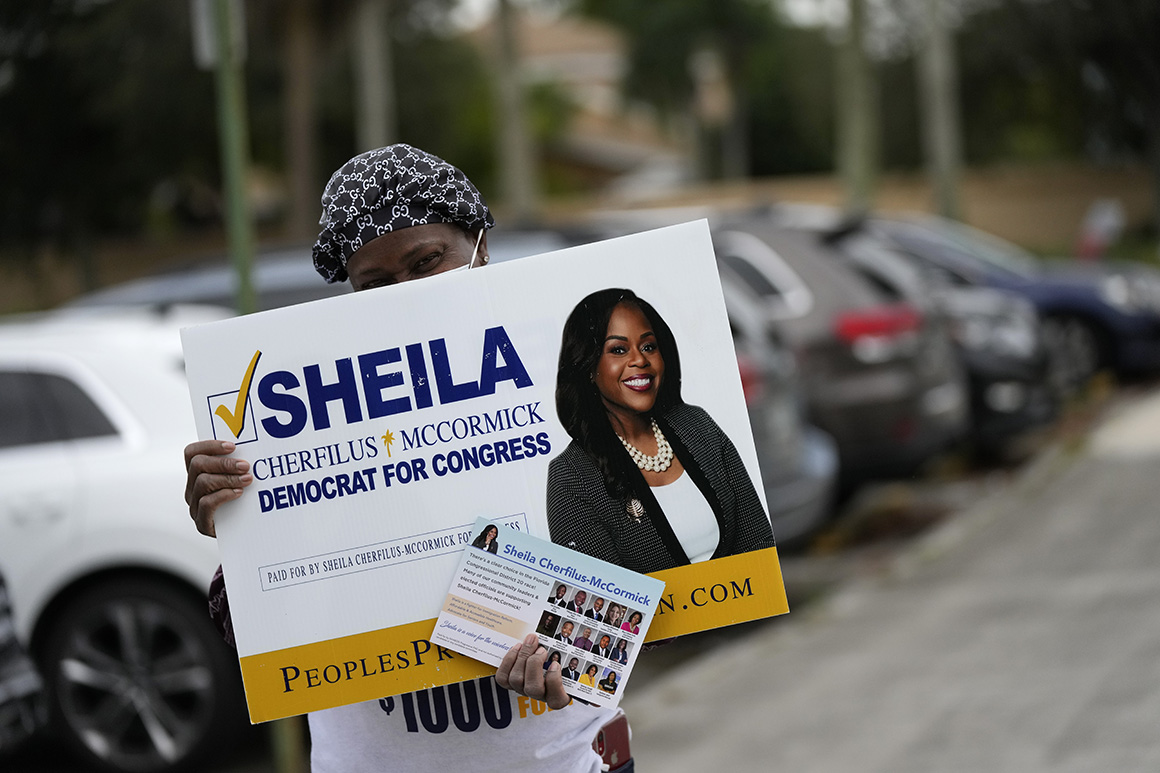 Sheila Cherfilus-McCormick was declared the preliminary winner of the Democratic primary to fill former Rep. Alcee Hastings’ seat, but it was by a razor-thin margin.

The primary was decided by less than 10 votes. Both Cherfilus-McCormick and county commissioner Dale Holness received nearly 24 percent of the primary vote on Nov. 2 but were separated by just a handful of votes, necessitating a recount.

The winner of the Democratic primary is all-but guaranteed to win the safely-Democratic seat. The special election will be held on Jan. 11.

Broward County’s election canvassing board on Friday considered about 20 ballots, and at the end of the recount determined that Cherfilus-McCormick is the likely winner of the primary. The state still needs to certify the results.

“I am proud to be recognized tonight finally as the Democratic nominee for Florida’s 20th Congressional District following Alcee Hastings’ legacy of fighting for the rights and welfare of the common person,” Cherfilus-McCormick posted on Twitter Friday night. The tweet, however, appears to have been deleted. “This an enormous honor to carry.”

How we got here: Hastings, 84, died in April following a fight with pancreatic cancer. He had held office for nearly 30 years.

The district connects several Black cities and neighborhoods in Palm Beach and Broward counties as well as nearby farming communities.

Florida law required an automatic machine recount if the margin is one-half of one percent or less.

What’s next: The state will certify the final results on Nov. 16. Cherfilus-McCormick will square off against Republican Jason Mariner, who won the GOP primary, and three other independent and minor party candidates during the January special election.