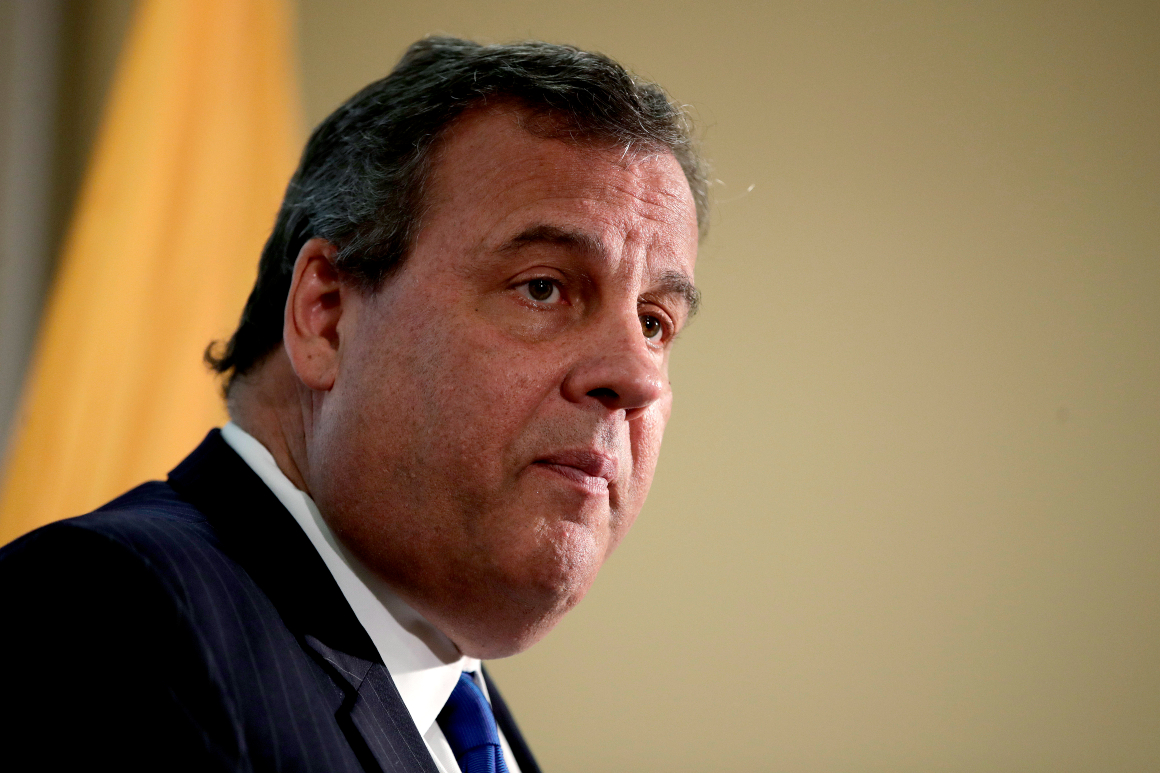 He doesn’t actually say the name Donald Trump when he lays out what’s wrong with the Republican Party.

But it’s obvious who Chris Christie is talking about in recent speeches, interviews and in a new book that’s set for release next week.

The former New Jersey governor has launched what amounts to a de facto exploratory bid for president, and it’s already put him on a collision course with his longtime political ally.

While Christie’s criticism of the party’s focus on the 2020 election results and subtle knocks on other aspects of Trump’s term are designed to create a distinct lane for him in the 2024 primary, he’s also courting confrontation with a former president who still commands the loyalty of the Republican base.

“He’s traveling the country, saying what he learned and saying he’s not afraid of Donald Trump. That sets him out in a different lane from anyone else who might run for president in the party,” said veteran Republican strategist Scott Reed. “Christie is a guy who knows how to create a narrative. He can throw a punch and he can take a punch.”

Christie stepped up his fire in recent days in media appearances where he has highlighted how Trump lost his reelection and suggested he’s a “loser” for dwelling on 2020. At a Saturday speech to the Republican Jewish Coalition, Christie was the only one of six potential presidential candidates who dared suggest that looking back at November was a bad idea.

None of the other 2024 hopefuls came anywhere near that level of defiance on a subject that Trump continues to obsess over.

Yet Christie didn’t just swipe at the former president’s baseless claims of a stolen election. He also obliquely referenced the massive debt that grew on Trump’s watch and nodded to Trump’s praise for China’s dictator during his presidency.

“Any president, particularly a Republican one, should never be throwing bouquets at a murdering communist dictator in China,” Christie said, referring to Xi Jinping. “We should never be telling that person they’re doing something well.”

When Christie first test-drove his message in a September speech at the Ronald Reagan Library, Trump remained uncharacteristically silent. After Saturday’s speech — and the national media showered attention on Christie — Trump let loose on his former ally.

“Chris Christie, who just made a speech at the Republican Jewish Coalition (RJC) in Las Vegas, was just absolutely massacred by his statements that Republicans have to move on from the past, meaning the 2020 Election Fraud,” Trump said in a written statement on Monday. “Everybody remembers that Chris left New Jersey with a less than 9% approval rating—a record low, and they didn’t want to hear this from him!”

Christie’s calculated positioning is a long way from 2016, when he was the first Republican governor and the first candidate to drop out of the GOP primary and endorse Trump. Christie stood in for Trump’s Democratic opponents in debate prep that year and then chaired Trump’s transition team — all facts he mentioned Saturday, in his only mention of Trump’s name.

“For all the people who say they’re supporters of President Trump, the line begins behind me,” he said.

Still, Christie began distancing himself from Trump after the Jan. 6 rally that ended with the U.S. Capitol riot. At the time, Trump’s former United Nations ambassador, Nikki Haley, spoke out against the president but then retreated amid blowback from the MAGA faithful.

Haley also has an interest in running for president, but had said she wouldn’t run if Trump does.

Christie hasn’t made the same promise.

There is a strategic logic to that approach. Christie, according to those familiar with his thinking, would occupy a middle lane in a potential primary, positioned between those who embrace Trump without reservation and would never criticize him, and any candidate who sought to capture the Never Trump vote.

Christie thinks Trump’s influence in the party is waning, according to several sources who have spoken with him. They say that Trump has lost his mojo since being deplatformed from his once-mighty Twitter account and that Republicans such as Virginia‘s governor-elect, Glenn Youngkin, last week showed a way to win without directly embracing Trump.

A Trump spokesperson had no further comment about Christie, beyond Trump’s written statement. But those familiar with his thinking say the former president feels Christie is being disloyal with his criticisms — one of the least-forgivable sins in his orbit — and suggested Christie was miffed that Trump never made him White House chief of staff or attorney general.

“Christie is trying to create a path, but right now it’s a bike lane he needs to widen with the help of the media,” one Trump adviser said. “Christie didn’t say Trump was a liar. You guys are giving him credit for balls he didn’t show.”

Trump supporters and critics alike say Christie is benefiting from softball interviews in which he doesn’t have to answer for standing by Trump throughout his four-year term of tumult and controversy. Only now that Christie could politically benefit from being critical, they say, is he speaking out.

“To the Trump people he’ll come across as a traitor. And they’ll come after him, big-time,” Rollins said.

While Christie’s speeches are devoid of direct Trump criticism, a preview of his book on his publisher’s website is bolder.

“In Republican Rescue, Christie reveals exactly how absurd grievances and self-inflicted wounds sabotaged Donald Trump’s many successes and allowed Democrats to capture the White House, the House, and Senate in two years,” the website reads. “In his frank and compelling voice, Christie dissects the last year of the Trump administration — which provoked nothing but conspiracy theories and infighting — and he lays out an honest and hopeful vision, explaining how Republicans can capture the future and save America from today’s damaging Democratic excesses.”

As part of the media blitz in the run-up to the book release, CNN teased an interview with Christie that airs Monday with, “What’s it like being a high-profile Trump supporter turned sharp critic?” 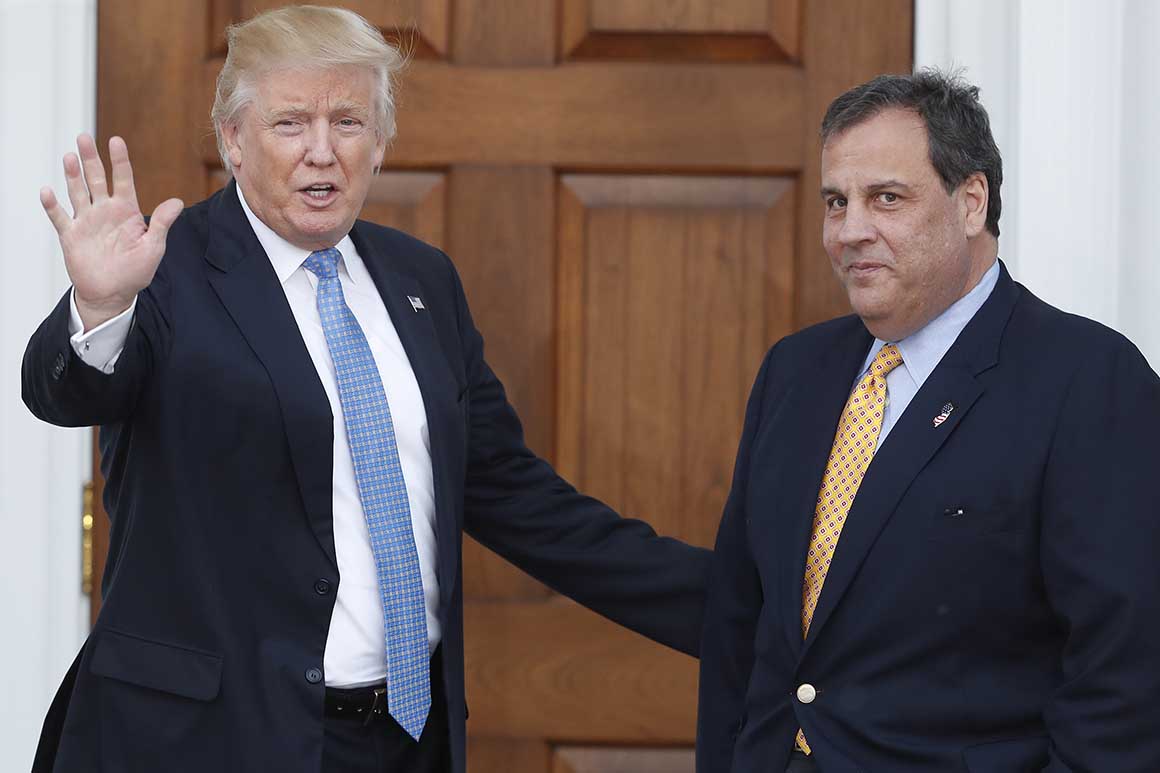 The closest Christie has come to criticizing Trump by name appears in an Axios-HBO interview that airs Sunday. “I’m not gonna get into a back-and-forth with Donald Trump,” he says in the sitdown. “But what I will say is this: When I ran for reelection in 2013, I got 60 percent of the vote. When he ran for reelection, he lost to Joe Biden.”

That provocation, which is all-but-guaranteed to enrage Trump, is emblematic of a relationship that has been complicated for decades. As U.S. attorney for New Jersey, Christie prosecuted the father of Trump’s son-in-law Jared Kushner for tax evasion and illegal campaign contributions. Christie’s role in putting Kushner’s father in prison was never forgotten by Kushner, who pushed Christie out as chair of Trump’s 2016 transition team, according to Christie, and, he suggests, played a role in Trump’s decision not to pick him as vice president, according to his 2019 book, “Let Me Finish.”

Christie’s dismissal from Trump’s inner circle at the start of the president’s term didn’t keep him away for long. Christie would regularly talk to Trump and was appointed to co-chair a bipartisan commission with counselor to the president Kellyanne Conway aimed at tackling the opioid crisis. He helped with debate prep during the 2020 campaign. Bill Stepien, Christie’s former adviser in New Jersey, also went on to manage Trump’s failed reelection campaign.

Those who know Christie have little doubt he’s serious about running for president in 2024 — and say he’s not just trying to sell his new book.

“He’s very ambitious, always has been. And he’s very, very smart and knows how to calculate the odds,” said former New Jersey Gov. Tom Kean, who has known Christie since high school and whom Christie once called a mentor. “He felt the last election that Trump took his place. He thought he had carved out a space for himself, the rough-talking, tell-things-as-they-are position. But that was Trump. Now he thinks Trump is probably in the rearview mirror and what position can he get into now.”

One Christie adviser said the former two-term governor hasn’t made a decision yet, “but I certainly think he is doing things that if the opportunity presented itself he would be prepared. He has said if he felt like he could win he would run, paraphrasing him.”

Another Republican familiar with Christie’s thinking said bluntly that “Christie isn’t scared of Trump. They’ve known each other a long time, before either of them got into politics. What matters to Christie is if he has a realistic chance of winning.”

“There’s virtually no downside to running for president anymore. It’s a big business. It gets you bigger speaker fees. It helps you sell books and gives the cable news networks an excuse to bring you on,” Keller said. “I think he has learned that if he’s willing to say things that sometimes cut against Trump — sometimes cut against what MAGA believes — that he’s going to continue to get interview requests, even though he’s no longer governor.”