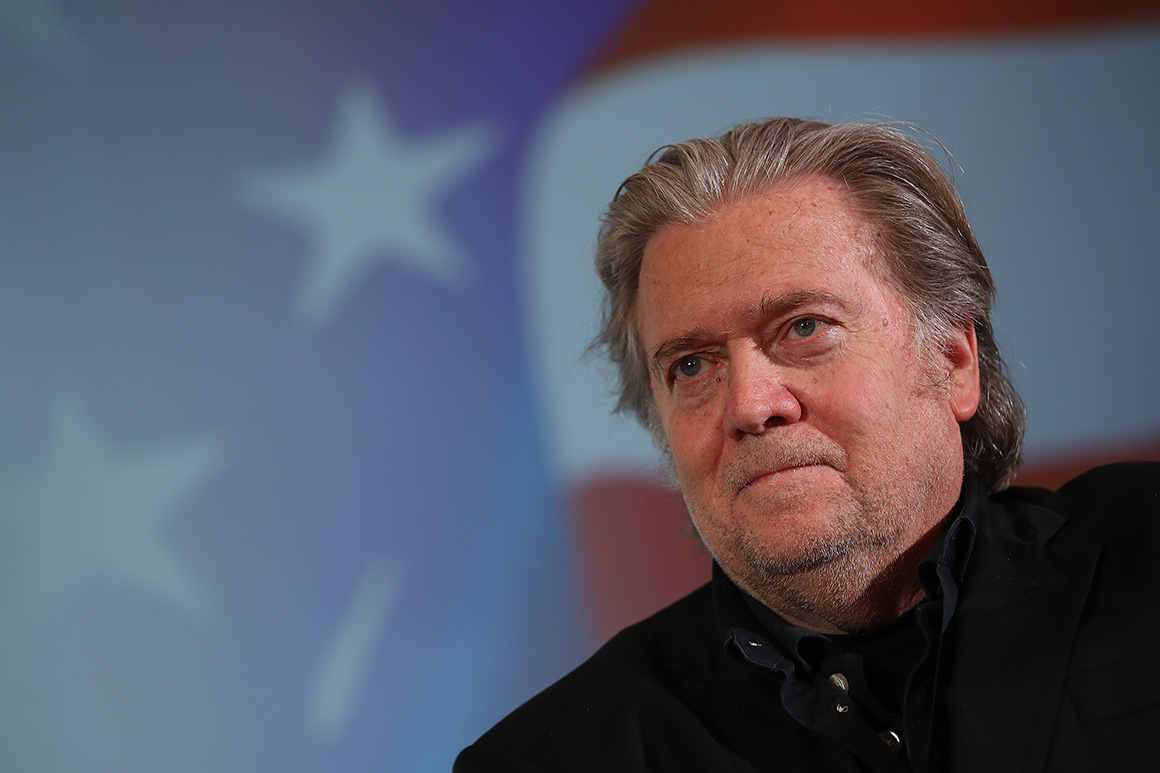 The name signed at the bottom of Steve Bannon’s criminal indictment is one that’s unfamiliar to most: Matthew M. Graves, Washington D.C.’s brand new top cop.

Graves was sworn in this month as the U.S. attorney for Washington, D.C., where he’ll supervise hundreds of ongoing investigations into the Jan. 6 attack on the Capitol. Exactly one week into his new job, he greenlit the Bannon indictment — a high-stakes case with immense repercussions for Congress and American politics.

Graves will face intense scrutiny from across the political spectrum, especially from congressional Democrats who are acutely aware of the price of failure. One of his predecessors, former acting U.S. Attorney Mike Sherwin, got himself into hot water for making eye-popping comments to “60 Minutes” about the Jan. 6 probe, and left the department earlier this year.

Graves comes into the job with experience that’s directly relevant to the Bannon case. He had a front-row seat when one congressional criminal referral to the Justice Department — against baseball pitcher Roger Clemens for making false statements — ended in a high-profile defeat. He later ran the team in the D.C. U.S. attorney’s office that handled Congress’s requests for prosecution.

Not that Graves has shied away from handling notable figures and controversial clients, according to his financial disclosure. His private sector clients included Ben Carson, a subsidiary of a Russian state-owned energy behemoth, and the state of Qatar. That track record has generated some concern among revolving door watchdogs as to how he’ll handle corporate wrongdoing. But in interviews with POLITICO, four people who have worked with Graves in government said he has the highest ethical standards and is well suited to the challenges.

A spokesperson for the U.S. attorney’s office declined to make Graves available or comment for this story.

Shortly before Bannon’s indictment, she told POLITICO that she had no doubt Graves would take on the former top White House aide.

“I think it’s pretty much an open-and-shut case,” she said.

Graves went to Washington and Lee University for undergrad and then on to Yale Law School, as his Senate confirmation questionnaire details. He clerked for Judge Richard Roberts on the D.C. District Court, then worked at WilmerHale as an associate for five years. After that, in May 2007, he began a nine-year stint at the D.C. U.S. attorney’s office, ultimately leading the office’s Fraud and Public Corruption Section.

At the U.S. attorney’s office, he worked on multiple sanctions cases, including probes into Commerzbank AG and Crédit Agricole Corporate and Investment Bank that ended in deferred prosecution agreements.

“He handled a number of complex, sensitive prosecutions for the office and he did an outstanding job every time,” said Ron Machen, who was U.S. attorney during part of Graves’ tenure in the office.

One of Graves’ most high-profile cases was the prosecution of then-Rep. Jesse Jackson Jr. (D-Ill.) for spending $750,000 of his campaign’s money on personal expenses.

“It was a case that had to be done perfectly,” said Matthew Solomon, a partner at Cleary Gottlieb and Graves’ former supervisor. “It couldn’t be seen as being anything other than a by-the-book prosecution. And Matt did a great job with that case.”

The congressman pleaded guilty and was sentenced to 30 months in prison.

After almost a decade in the U.S. attorney’s office, Graves went to the global mega-firm DLA Piper. His financial disclosure form lists a host of major corporate clients, including Coca-Cola, Nike and General Electric.

Also on the list: Carson, the former presidential candidate who went on to serve as secretary of Housing and Urban Development for former President Donald Trump. A spokesperson for Carson confirmed that Graves represented him, but didn’t elaborate on the nature of his work. Carson faced an inspector general probe for greenlighting the use of federal funds to order a $31,000 dining room set for his office in 2017. After public outcry, Carson had the order canceled. Investigators ultimately concluded he hadn’t done anything wrong. Carson said he spent $60,000 on lawyers because of the probe, according to The New York Times.

Graves also represented Gazprom Neft, a Russian state-owned energy company with a market cap north of $30 billion. Graves’ disclosure form doesn’t give any clues as to what he did for the company. The European Commission targeted its parent company, Gazprom, in 2018 for anti-competitive practices, but did not impose any fines. Stateside, Gazprom has long faced scorching bipartisan criticism for its work building the Nord Stream 2 pipeline from Russia to Germany.

Graves’ financial disclosure form shows he represented the tiny, gas-rich Gulf state Qatar. He also represented Qatar’s state-owned media company Al Jazeera, the humanitarian relief group Qatar Charity, and Qatar Foundation International LLC. It’s unclear what he did for these clients. Qatar has faced criticism from human rights groups, including for its treatment of migrant workers preparing for the 2022 World Cup, which it will host.

Graves has also represented a host of other banks, according to his disclosure. One client, Arab Bank PLC, faces a lawsuit from Israeli victims who allege it financed terror groups.

Additionally, he represented a staffing company sued by the Justice Department for discriminating against people who didn’t hold U.S. citizenship. That company, Chancery Staffing Solutions LLC, reached a settlement with DOJ. According to Law360, Alan Dershowitz — who defended Trump in his second impeachment trial — also represented the staffing company. Dershowitz told POLITICO he does not know Graves.

Jeff Hauser of the Revolving Door Project, which is part of the left-leaning Center for Economic and Policy Research, said he was troubled by Graves’ moves between Big Law and the Justice Department. It is not uncommon for lawyers to go back and forth between private firms and government work. But that dynamic has long faced sustained criticism from good-government watchdogs.

“Our biggest concern is that Graves will prove unwilling to burn bridges with corporate America by breaking with the norms of recent decades and actually aggressively pursuing corporate lawbreaking,” Hauser told POLITICO.

Now that he’s returned to DOJ, Graves faces a major challenge right off the bat: supervising the prosecution of Bannon, the Trump White House aide-turned-podcaster, for criminal contempt of Congress.

The congressional panel investigating the Jan. 6 attack subpoenaed him in September, citing his reported communication with Trump on Dec. 30 about the electoral college certification, as well as his Jan. 5 prediction that “[a]ll hell is going to break loose tomorrow.”

Bannon has refused to testify, citing Trump’s assertion of executive privilege. He left the White House in 2017, several years before the attack. The House voted to hold him in contempt of Congress on Oct. 21, and sent a prosecution referral to the Justice Department. Now, DOJ has brought charges against the former aide.

Matt Whitaker, who headed the Justice Department for a brief stint during the Trump administration, called the indictment “a serious abuse of the Department of Justice” on Fox News over the weekend.

But people who worked with Graves during his first stint at DOJ said they expect him to tune out the political noise when handling the Bannon case. Jonathan Haray, a partner at DLA Piper and alum of the office, said Graves is “not someone who gets caught up in hand-wringing.”

“He’s smart and deliberative but also decisive, and this is the kind of issue that requires all of those qualities,” he said.

His former supervisor, Matthew Solomon, put it this way: “Matt’s not going to do anybody’s bidding on anything.”