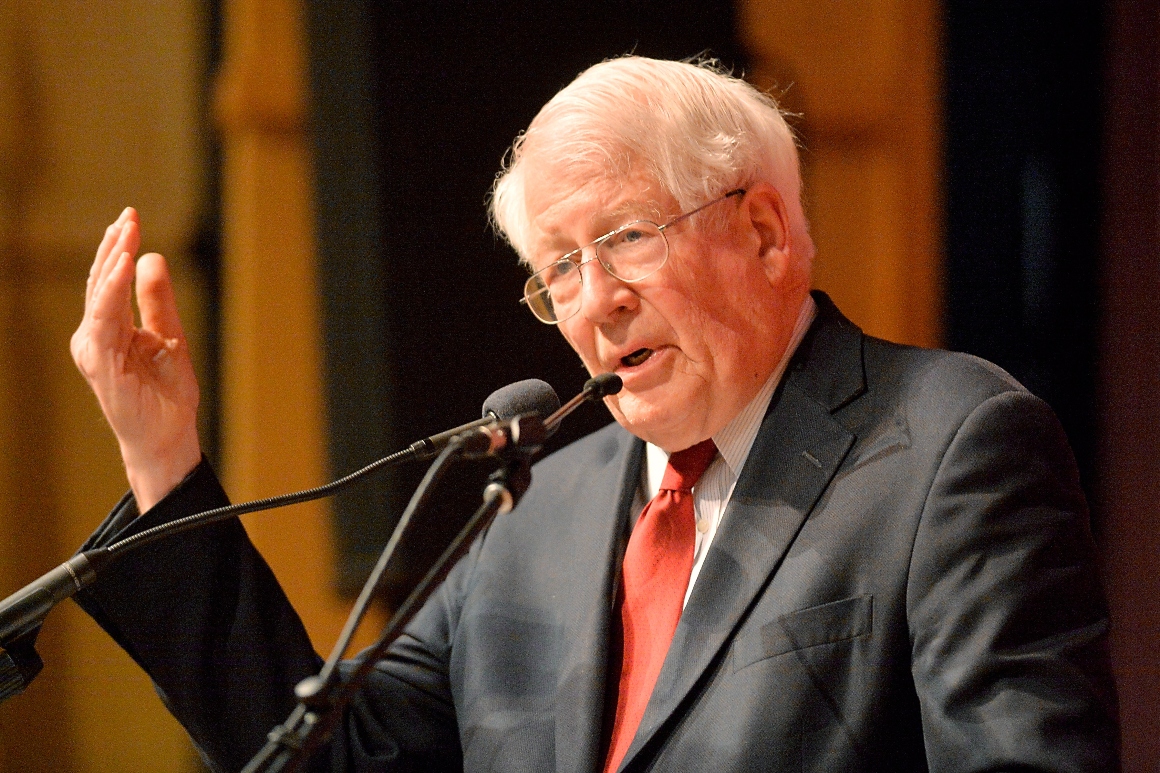 Democrats are floating another short-term spending patch that kicks the next shutdown threat closer to the holidays, hoping to needle Republicans into talks over a sweeping government funding deal.

As they approach the Dec. 3 deadline, top Democrats are considering a stopgap further into December as their leading option — potentially Dec. 17 or even closer to Christmas — rather than a longer continuing resolution that pushes the deadline into the new year. While nothing has been decided, support for another fast fix is building as Democrats steadily berate Republicans for refusing to engage in bipartisan talks on annual spending bills, while GOP leaders mull a yearlong patch that would stick Democrats with funding levels set when Donald Trump was president.

“I hate that we have to do any additional CR. But if we’re going to do one — and we are — then I think it should be as short as possible,” Rep. David Price said Wednesday about resorting to a continuing resolution.

“We have to keep the pressure,” said the North Carolina Democrat, who chairs the Transportation-HUD spending panel. “And we don’t want to go over into the new calendar year.”

Even if Congress enacts another stopgap that provides a couple of additional weeks to negotiate, prospects are bleak for a bipartisan government funding deal before the end of December, likely necessitating another stopgap into early next year.

“It would take a miracle to work out a deal between now and then,” Sen. Richard Shelby (R-Ala.), the top Republican appropriator in the upper chamber, said about striking a deal before Dec. 17. “My personal goal would always be to fund the government, but not at any cost.”

The two parties are sparring over a host of policy stipulations in the spending bills and have yet to agree on overall funding limits for the military and non-defense programs, let alone hash out the particulars of a dozen annual appropriations bills.

Shelby said he told Senate Appropriations Chair Patrick Leahy (D-Vt.) and other lawmakers: “When they get serious, I’m sure we’ll get serious. We’re not going to blink on this.”

A possible shutdown deadline of Dec. 17 would run up against a new Dec. 15 deadline when the Treasury Department could run out of money to pay the government’s bills on time, adding to Democrats’ legislative pileup as they work to pass President Joe Biden’s sprawling social safety net package before Christmas.

For weeks, Democrats have argued that Republicans are gambling with critical federal programs and military readiness in entertaining a long-term stopgap that could squash the appropriations process for the rest of the fiscal year. House Appropriations Chair Rosa DeLauro (D-Conn.) and all of her subcommittee chairs issued a joint statement on Wednesday pushing Republicans to “come to the table,” stressing that a lengthy CR “would be nothing short of catastrophic.”

But some top Republicans see little benefit in backing a trillion-dollar-plus government funding package while staking their position against inflation and federal spending ahead of next year’s midterm elections.

The Biden administration has also warned that a yearlong stopgap would hurt the country in many ways, including by stifling Covid vaccine research, delaying more than 100 new military construction projects, and undermining inspections at meat and poultry plants across the country. Acting White House budget director Shalanda Young, formerly a longtime aide for the House Appropriations Committee, has played a prominent role in ratcheting up pressure on Congress to begin funding negotiations for the fiscal year that started more than six weeks ago.

In failing to negotiate a deal, both Republicans and Democrats would lose out on billions of dollars for projects back home brought about by the return of earmarks, a decision backed by Senate Democrats and both parties in the House.