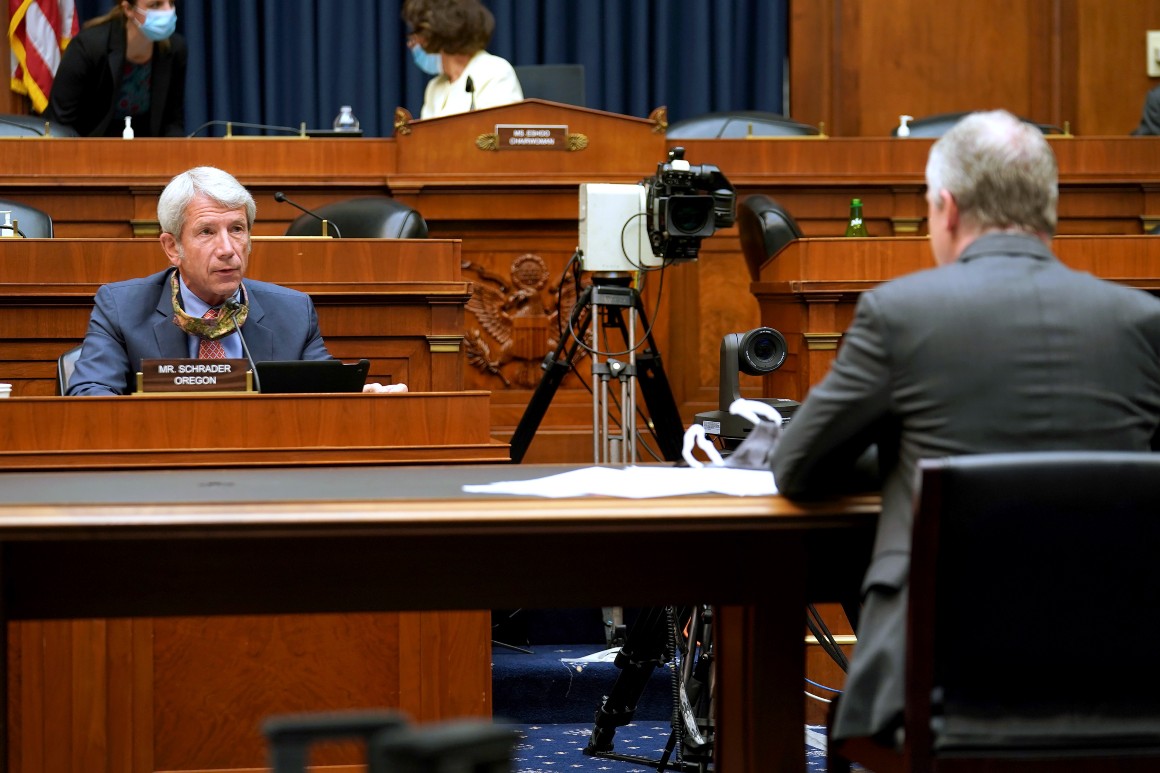 Anxiety over rising inflation is complicating Democrats’ ambitious push to pass nearly $2 trillion in expanded social programs this winter. Still, it hasn’t scared off key centrists in the House ahead of this week’s floor vote.

The House will vote as soon as Thursday on one of Congress’ largest-ever spending bills, which would infuse roughly $1.75 trillion into health care, education, child care and other programs. And that vote comes at an uncomfortable moment for Democrats, with the U.S. inflation rate hitting a 31-year high last week.

But even some of the caucus’ most skittish centrists aren’t shying away from President Joe Biden’s sprawling social spending plan. Instead of backing away from another multi-trillion bill this year, they’re leaning in, arguing that the additional spending — as long as it’s entirely paid for — will actually help halt rocketing prices of items like child care or prescription drugs.

“We’re not spending any more money, unless it’s absolutely paid for. So it doesn’t add to the inflationary index,” said Rep. Kurt Schrader (D-Ore.), one of the caucus’s most vocal critics of government spending, who is likely to back the bill provided that there’s no bad news from Congress’ scorekeeper in the coming days.

“Taxpayers don’t want us adding to the deficit. We already spent $5 trillion, for God’s sakes. Time to rein in that rampant spending, while making sure it doesn’t add to the inflationary index,” Schrader said.

Democrats are powering ahead with a vote on their sprawling bill, largely confident that new data from the Congressional Budget Office over the next 48 hours or so will be enough to win over a half-dozen recalcitrant moderates. Once that happens, House Democrats will need to quickly pivot to the task of explaining what’s in their bill — and why injecting more cash will actually help control prices in the long run.

It won’t be easy to strike the balance. Some senior members and aides have privately grumbled that their party hasn’t yet given them enough tools to fight back against the torrent of GOP attacks on the subject, looking for more than Biden’s recent talking points that include a recent letter from more than a dozen Nobel laureates in economics.

Many Democrats from battleground districts are quick to acknowledge their alarm at the roughly 6 percent hike in consumer costs, the fastest 12-month pace since 1990.

“I’m worried about inflation. And I noticed that myself at the gas pump. Prices are going up, and I know that that’s stressful for people, especially around the holidays,” said Rep. Elaine Luria (D-Va.), who represents a swing district.

Rep. Lou Correa (D-Calif.), a centrist Blue Dog whose district is just outside of Los Angeles, said he blames the pandemic for the city’s jammed ports that have led to mass shortages.

“We have to make sure that the after effects of Covid-19 don’t linger. That’s the issue right now. Covid-19 shortage,” Correa said. “Ship shortages, why do they have ship shortages? Covid-19.”

The concerns have been more potent in the Senate, where centrist Sens. Joe Manchin (D-W.Va.) and Kyrsten Sinema (D-Ariz.) have raised inflation fears for months.

“I’m very concerned about inflation. It’s all I hear about when I’m at home. Folks are very, very concerned,” Sinema said in an interview, recalling a recent trip to the grocery store where she was shocked by her own bill.

“The cost is continuing to go up. So to see this kind of record-level inflation, which is the worst we’ve seen in 30 years, so certainly in most of my lifetime, is very concerning. And it is certainly top of mind for Arizonans,” Sinema said. 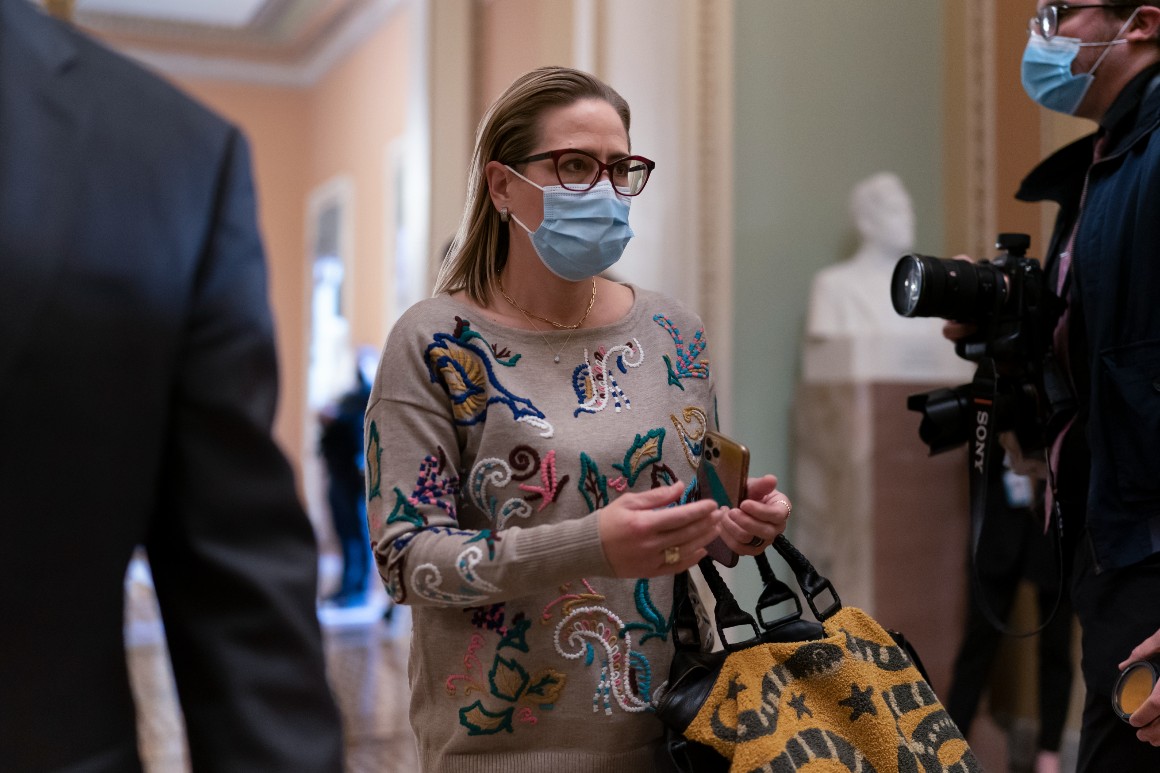 While GOP leaders have claimed Congress’ record spending is to blame for the recent inflation surges, top Democrats say the reality is far more complicated than the government’s red ink during a public health emergency.

“Inflation is a real issue, we need to deal with it. We’re dealing with it in the infrastructure bill, which is going to help supply routes,” House Majority Leader Steny Hoyer told reporters on Tuesday. “We know when supply is not available, prices go up. That’s the simplistic reason there are other, more complicated reasons.”

“The Build Back Better Act is going to deal with these cost-of-living issues in a decisive way. Some might argue in a historically transformational way,” said Democratic Caucus Chair Hakeem Jeffries (D-N.Y.).

Republicans have been using inflation as a cudgel against Democrats and see it as one of their biggest weaknesses heading into the midterms. They argue the spending packages will worsen inflation as Americans head into the holiday season.

Strategists have already featured rising gas and food prices in ads in key battleground seats. One ad this week from American Action Network — part of a $2 million buy across a half-dozen districts — targets Rep. Dan Kildee (D-Mich.) and attempts to tie him to inflation.

“There’s no end to the creativity that the Republicans are willing to use when they’re not bound by the truth,” Kildee said of the GOP attacks.

Marianne LeVine and Heather Caygle contributed to this report.