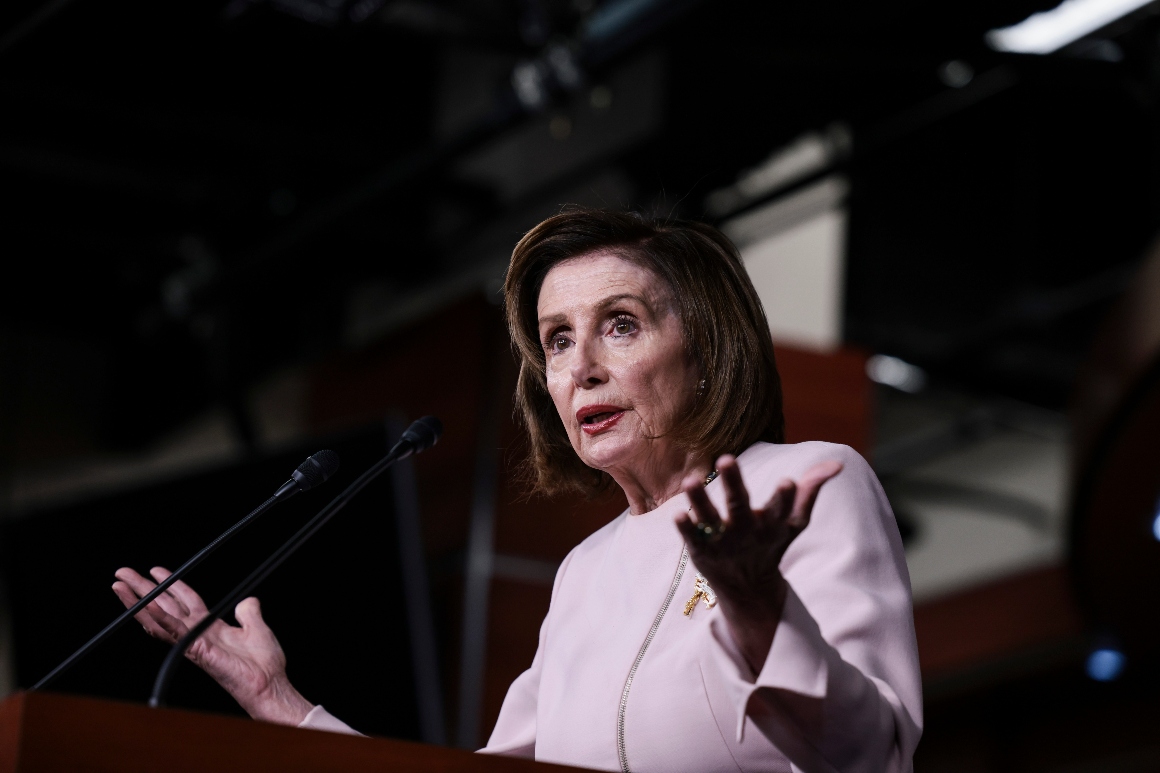 The winds in the Democratic Party have shifted overnight. Look no further than its rapidly changing plans on immigration.

House Democrats had nearly settled their plans to include immigration reform in President Joe Biden’s social spending plan as polls were closing in Virginia. But by Wednesday morning, with Democrats defeated in the Old Dominion, panicked moderates were demanding key changes to that agreement — unwilling to take a politically toxic vote on a policy doomed in the Senate.

It’s one of the first signs of a centrist wing newly emboldened to assert itself as the driver of Biden’s agenda after Tuesday night’s glaring defeat in a once-blue stronghold. And as some Democrats argued that stalling on the party’s social spending bill had hurt their election prospects, the most powerful moderate in the building said the opposite was true and that voters are “scared to death.”

“The message that was really sent, if we’re going to do something let’s do it right. Let’s make sure that people know what’s in it,” said Sen. Joe Manchin (D-W.Va.), dismissing most of his party’s new urgency. “We’re talking about revamping the whole entire tax code. That’s mammoth, totally. We’ve had no hearings, no open hearings. You haven’t been able to sit and listen to a hearing. None of us have.”

Democrats’ Virginia drubbing has has added fresh resolve to the push by Speaker Nancy Pelosi and her leadership team for quick passage of key Biden priorities. But she and other Democratic leaders have to contend with the wreckage of the election, as progressives and centrists angrily point fingers over their party’s loss in a state Biden won by 10 points, with each side insisting that the other’s political antics have stalled the president’s agenda.

Pelosi is forging ahead anyway, declaring before lunchtime Wednesday that a final deal on Biden’s roughtly $1.75 trillion bill was imminent while vowing to add back paid family leave, one of her key priorities, despite opposition from Manchin.

Yet there’s no sign of a real, immediate breakthrough that will put that bill — or the bipartisan infrastructure legislation — on Biden’s desk. Just getting Biden’s priorities through the House will still be a heavy lift, with the party’s internal conflicts suffering further exposure after Terry McAuliffe’s loss. Getting a party-line social spending bill through a 50-50 Senate with Manchin’s deliberative pace is another beast altogether.

“I think the protracted endless negotiations have taken their toll on our party,” Durbin added. “If anything, this is a shot across the bow, fair warning to all of us that we should be producing responses to America’s needs on a timely basis and selling our message.”

Most Democrats agreed that the dismal results underscored the need to move past the infighting that’s defined their majorities since passing their massive coronavirus relief package in March.

But there’s hardly any agreement on much else, including what it should mean for Biden’s sprawling $1.75 trillion bill and his politically linked infrastructure bill.

Several Democratic moderates — beyond just Manchin — insisted that McAuliffe’s resounding loss in Virginia was a sign to slow down on the party’s most ambitious pieces of Biden’s agenda. They also said stalling on the infrastructure bill had disastrous results. Five of them said as much before election night in a letter to Pelosi on Tuesday, as they again pushed Democrats to move immediately on infrastructure.

Sen. Jon Tester (D-Mont.) said passing the infrastructure bill “would have made a huge difference” for Democrats on Election Day this year.

Some moderates pointed to the retreat of swing voters, suburban white women and independents from the Democratic Party, which they blamed on Biden’s unwillingness to corral the left wing, according to multiple aides to centrist members.

However, progressives have fiercely argued that Virginia voters weren’t repudiating Democrats for failing to pass Biden’s infrastructure bill — which their members have held up in the House for months as leverage to pass the larger package. They pointed to the popularity of Biden’s framework to broadly expand the social safety net, which includes new programs such as child care, housing aid and home care for the elderly, as far more likely to drum up Democratic energy.

“Look, there is no way that you can blame a 12-point swing on one bill. The reality is that voters do want us to deliver,” Rep. Pramila Jayapal (D-Wash.) told MSNBC on Wednesday.

The statewide races in Virginia and New Jersey couldn’t have come at a worse time for Democrats. Biden returned Tuesday night from his five-day trip abroad to find his teetering domestic agenda largely as he left it, if not further complicated by Virginia’s results.

Yet the reality is other setbacks still remain. There’s Manchin’s elongated timeline, progressives’ attempts to add immigration reform, Sen. Bernie Sanders’ (I-Vt.) Medicare expansion push and a host of must-do items before the end of the year on the debt ceiling, government funding and defense policy.

It’s all testing party leader’s limits with their threadbare majorities after six months of debate about how to finish off Biden’s domestic legislation. Asked if McAuliffe’s loss would affect Democrats’ agenda, Pelosi told reporters: “No, no.”

Still, Pelosi said she was “very sad” that McAullife lost. Other Democrats said Congress is largely to blame.

“Democratic inaction on these two big bills, delay on the two big bills, definitely hurt Terry,” said Sen. Tim Kaine (D-Va.), a former governor himself. “Dems have to use their majority to deliver. The American Rescue Plan was great. But that was eight months ago.”