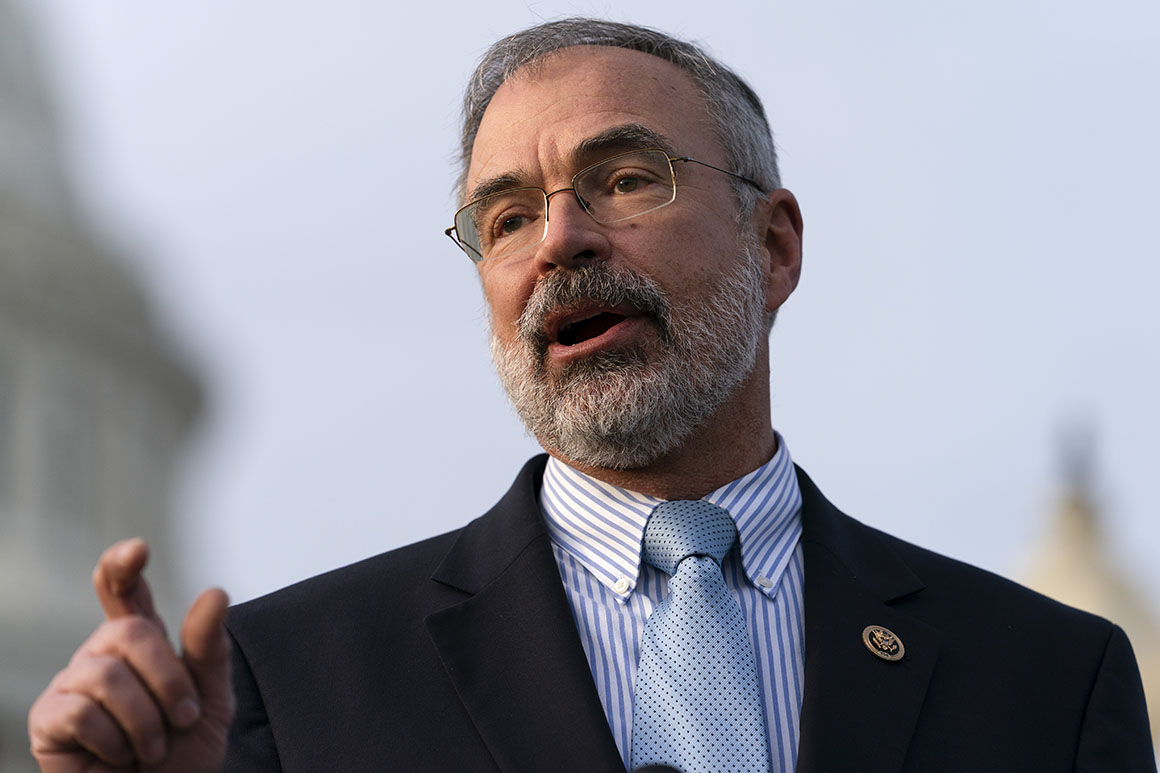 Maryland Democrats are on the brink of deciding whether to wield their redistricting axe on the state’s only Republican member of Congress.

Legislators in Annapolis are expected to unveil drafts of a new congressional map this week, offering potential blueprints for the state’s eight House seats for the next decade. And while there are certainly enough Democratic voters in the state to make all of them blue, it’s not clear how aggressive mapmakers will ultimately be in targeting GOP Rep. Andy Harris.

Democrats have total power over the redistricting process in just a handful of states, including Maryland, making each one crucial to maintaining their narrow majority in the face of punishing headwinds. But a myriad of factors go into the calculus ranging from the geographic preferences of individual members, to the possibility of political backlash, to the risk of making any Democratic-held district vulnerable for a GOP takeover in a bad Democratic year.

“We’re looking at the numbers and whether it’s going to make sense politically, and whether we can hold the seven seats that we have,” Rep. Dutch Ruppersberger (D-Md.) said in an interview last week. “Because, remember, this is for 10 years.”

And then there’s Harris himself, a firebrand conservative doctor known for nearly starting a fistfight on the House floor in the hours after the Jan. 6 insurrection and advocating for use of a controversial drug to treat Covid-19.

Democrats in Annapolis face a quandary similar to their counterparts in Illinois last month: Just how far should they go in pressing their advantage after the national party railed against the last round of Republican gerrymandering. There are three chief options for a new Maryland map: maintain the status-quo of seven Democratic-leaning seats and one Republican district on the Eastern Shore; create eight seats that heavily favor Democrats; or leave seven blue seats and transform Harris’ seat into a competitive district.

A final decision will be made by state legislators in a special session next month.

“You have a strong Democratic state, and this is a team mission. It’s like a sporting contest, and because of that we fight hard to win,” Ruppersberger added. But he admitted that there were scenarios that justified taking advantage of Democrats’ supermajority in Annapolis. “If it means keeping the majority? Yes.”

Biden didn’t slip below 60 percent in any of the state’s seven Democratic-held seats, offering lots of wiggle room to carve up the state. The only competitive district in Maryland during the past decade — the western panhandle seat now held by Democratic Rep. David Trone — has veered blue in recent elections. Biden bested then-President Donald Trump by 23 points there in 2020.

Democrats have no illusions about the unfavorable political atmosphere looming next November. But the delegation is still deciding its preferred layout for the map and some are more eager to shoot for a GOP shutout than others.

“I don’t know. I mean, if it’s not broke, don’t fix it. But some people think that it is broke,” said Rep. Kweisi Mfume (D-Md.), who first served from 1987 to 1996 before returning in a special election last year. “I don’t know how we do that statistically given the fact that there was not a lot of growth in Maryland.”

“That would have to lower everybody’s Democratic Performance Index, which could put some seats in jeopardy,” he added. “I think all those things have to be considered.”

But Harris, who was first elected in 2010, is a controversial member of the delegation that many Democrats — and even some Republicans — would like to see defeated.

An anesthesiologist by training, he ousted a moderate Republican incumbent in a 2008 primary only to lose in the general election. He was victorious two years later, joined the conservative House Freedom Caucus and saw his district morph into a GOP vote sink that combines the Eastern Shore with the most Republican parts of Northeast Maryland.

Harris echoed Trump’s claims of election fraud in 2020 and then nearly got in a physical altercation with Democratic members as the House convened once the Capitol was secured to certify the election results. He also drew criticism for revealing that he prescribed ivermectin, a drug also used to fight parasites in livestock, to Covid-19 patients. (The FDA has not approved the drug as a Covid treatment, and other medical societies have disavowed it).

Harris’ vote against certifying the presidential results have led some in the state to openly question whether he poses a threat to democracy.

Former Rep. Wayne Gilchrest, a moderate whom Harris ousted in a 2008 GOP primary, wrote an op-ed for the Baltimore Sun earlier this week urging lawmakers in Annapolis to “take into account the sort of anti-democratic extremism that the current map has empowered.”

“As a believer in democracy and the will of the people, I support a redrawn 1st District that allows voters to render a verdict on Congressman Harris that isn’t predetermined by packing nearly a quarter of Maryland’s Republican voters into just one of our eight districts,” he wrote in the op-ed, which was tweeted out by Hoyer, Trone and Rep. Jamie Raskin (D-Md.).

Harris is well aware he’s in Democrats’ crosshairs and has been fundraising off the prospect that they could draw him out of his seat. But he declined to comment when asked about it last week.

“I don’t talk to POLITICO,” he said in a brief interview outside the House chamber last week.

Harris already has a well-funded Democratic challenger, Heather Mizeur, a former state legislator, who decided to mount a run after Jan. 6 and the aftermath, including when Harris violated House rules by attempting to bring a gun to the floor.

Mizeur — who ran to the left in a 2014 Democratic primary for governor, which now-Rep. Anthony Brown (D-Md.) ultimately won — could be an uncomfortable fit for a swing district. She moved to the district from Takoma Park, a D.C. suburb, to run an organic farm with her wife and also started a nonprofit aimed at mending the divisive nature of politics.

One potential looming point of awkwardness for Maryland Democrats: Their national party has led a public crusade against gerrymandering, advocating for nonpartisan redistricting commissions in every state.

And any map that endangers Harris is likely to enrage national Republicans, who are already bitter over the Democratic gerrymander in Illinois that will likely fell two of the five GOP members of the delegation.

Yet Republicans have certainly passed aggressive maps of their own in places like North Carolina and Texas, leaving some Democrats to say they don’t plan to brook any criticism.

“One thing I know is that Democrats are not going to endure any lectures about gerrymandering from the people who have done everything in their power to block reform of the system,” said Raskin, citing Republicans’ opposition to Democrats’ massive voting rights bill. “I mean, GOP now stands for the ‘gerrymander-only party.’”